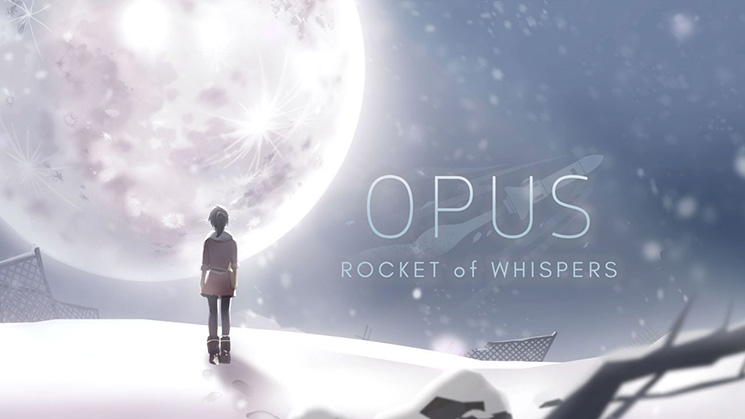 OPUS: Rocket of Whispers is an adventure game from developers SIGONO Inc. It’s a spiritual sequel to last year’s OPUS: The Day We Found Earth, also released on the Switch. The games are set in the same universe and share a similar style, but follow unrelated stories, so you won’t need to have played the first in order to enjoy this second one. And let me be clear: this is an enjoyable experience.

Rocket of Whispers has a very special feel to it. It’s not difficult, though there are some puzzle elements to it. Instead, it relies on engaging dialogue through which you interact and move your character. Playing Rocket of Whispers made me feel like I was living inside a good novel; the characters and dialogue are quite captivating. 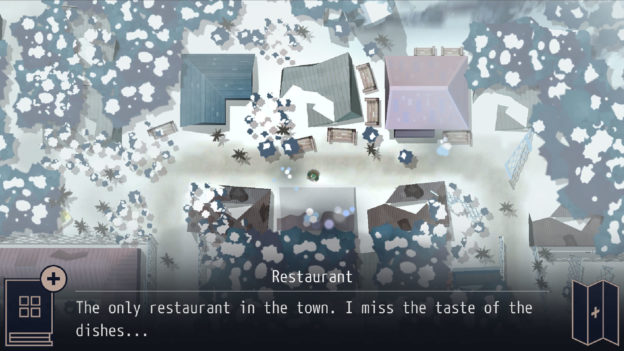 It’s a simple game that takes place in a cold and isolated environment. There’s a melancholic edge to the story, which involves a young man named John. John is the lone survivor of a plague and the son of a rocket engineer. When John meets a witch named Fei, the two must work together to return ghosts to their origins via a traditional space burial. Just how do you perform this task? You need to build a rocket – and that’s essentially your mission in Rocket of Whispers.

Gameplay switches between a top-down perspective when you’re out exploring the world – generally during the day – and a 2D point-and-click style when you’re back at your base. The game moves at a slow pace, but this isn’t necessarily a bad thing. As a story-driven affair, it builds momentum as you progress. It’s meant to be enjoyed via the on-screen text as much as your part to play, so you actually don’t want to rush through it. 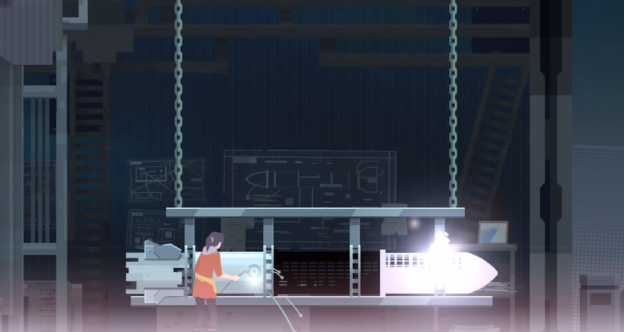 The most engaging part from a gaming perspective is the daily scavenge through the isolated town around you. A handy clock keeps track of the time as you forage deserted buildings for bits and bobs. There are 79 materials to collect, and it’s generally done in order. Old parts and artifacts that you find can be refashioned into helpful tools to further your search. You can also get hints if you’re really stuck.

The top-down perspective gives a birds-eye view of the surrounding area. There are no enemies here – though you can get too cold. You’ll interact with ghosts along the way, but these sprites are more confused than scary, since they feel lost and afraid. Many of them have their own stories to tell and you’ll piece scenarios together via flashbacks. None of these cut-scenes drag on, and even the scavenger sessions are over fairly quickly, so the game – despite its slower pace – is never long or boring. It’s just not high-adrenaline action. 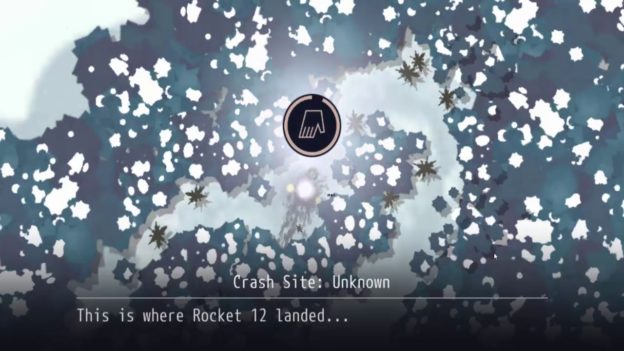 The graphics are bleak and grey, which matches the world of OPUS. There’s a simple, hand-drawn look to the game, with basic, washed out colors. It’s snowy and cold, and this feeling comes across very well. The sound is a particular highlight, with some ambient tunes that perfectly draw you into the world in front of your eyes. In fact, the game itself recommends using headphones to fully enjoy the experience. The quiet tunes help deliver the concept of loneliness and isolation. It’s very well orchestrated.

Overall, OPUS: Rocket of Whispers is a joy to play. It’s not the longest game, but you will devote several hours to it – like a good novel really – which is a satisfying experience. If you enjoy captivating stories, you’ll find something special in OPUS.

Rocket of Whispers is a beautiful journey into a bleak world. There’s a great story to be told here, and it’s a pleasure to uncover. This simple, story-driven game is well made and enjoyable while it lasts.