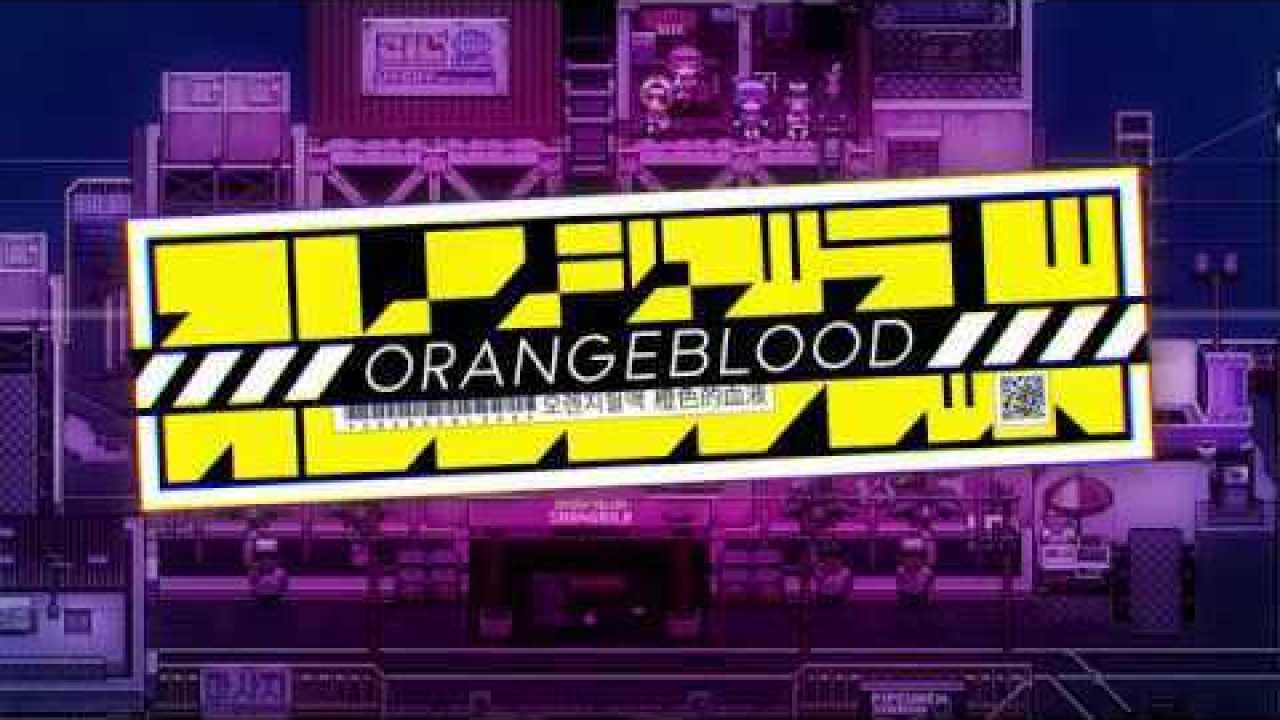 JRPGs are a genre of game that I’m incredibly fond of, especially titles like Final Fantasy VI. When I first walked into Orangeblood, I discovered an homage to the RPGs of yesteryear with some unique twists to the gameplay, a modernized yet simple story, but maintains its roots with the 16-bit graphics.

Orageblood follows the story of Vanilla, an ex-convict hired by the U.S. government to investigate a facility within the city of New Koza. Along her way, she meets new companions such as Yawaza and Machiko, who have their reasons to help investigate the facility and help our protagonist figure out the secrets of this underground operation. It’s a simple premise for an RPG, but it works well for this group of characters. 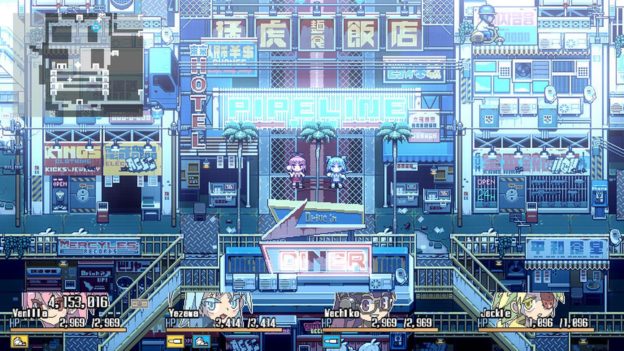 As far as the gameplay is concerned, it is the standard turn-based affair with your party standing in a line waiting for their turn to attack. But unlike other JRPGs, all your characters use firearms to attack. This works well with turn-based combat. You will need to keep track of your ammo, which is represented as the attack points because you could lose a turn reloading if you don’t voluntarily choose to load your weapon before declaring your move. The other aspect is that you gain spirit points whether you land an attack or take damage, which can be used on special skills that could be an ultimate move or buffs for your character. I found these slight twists to an old genre to be refreshing and made me have to think about what I was doing in combat.

Outside of combat is spent exploring New Koza, buying new gear to improve character stats, and looking for new ways to get in the lower levels of the facility. This is how you spend most of your time in the game, and it’s pretty streamlined since the map is quite small and the shops and city areas are tiny. Besides the size and streamlined nature of the gameplay loop, I did find myself having a good time. 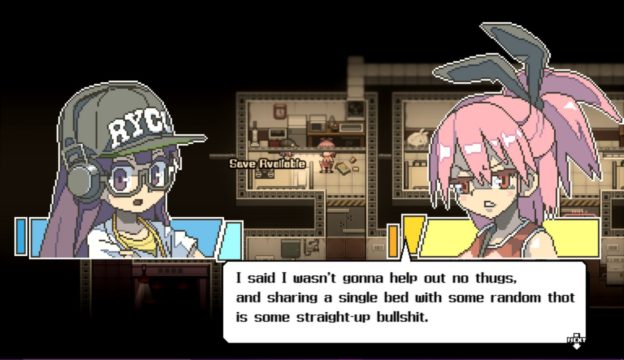 Graphically, this game is a throwback to its predecessors with the 16-bit graphics and overhead camera. This game has a huge color palette ranging from wild neons to dull, cold, mechanical dungeons. I thoroughly enjoyed how all of these elements meld together to make such a small environment feel huge.

Overall, I found myself having a great time playing Orangeblood. I enjoyed the twists to the JRPG elements, simple plot, and wonderful graphics. This is a great indie game that scratches the itch for a good retro RPG. If you’re a fan of this genre, this is definitely a great addition to your collection.

Orangeblood is a great throwback to 16-bit JRPGs but sets itself apart with some unique twists on the standard gameplay loop and simple plot. This title also excels graphically in creating a wide array of environments within the confines of such a small world.