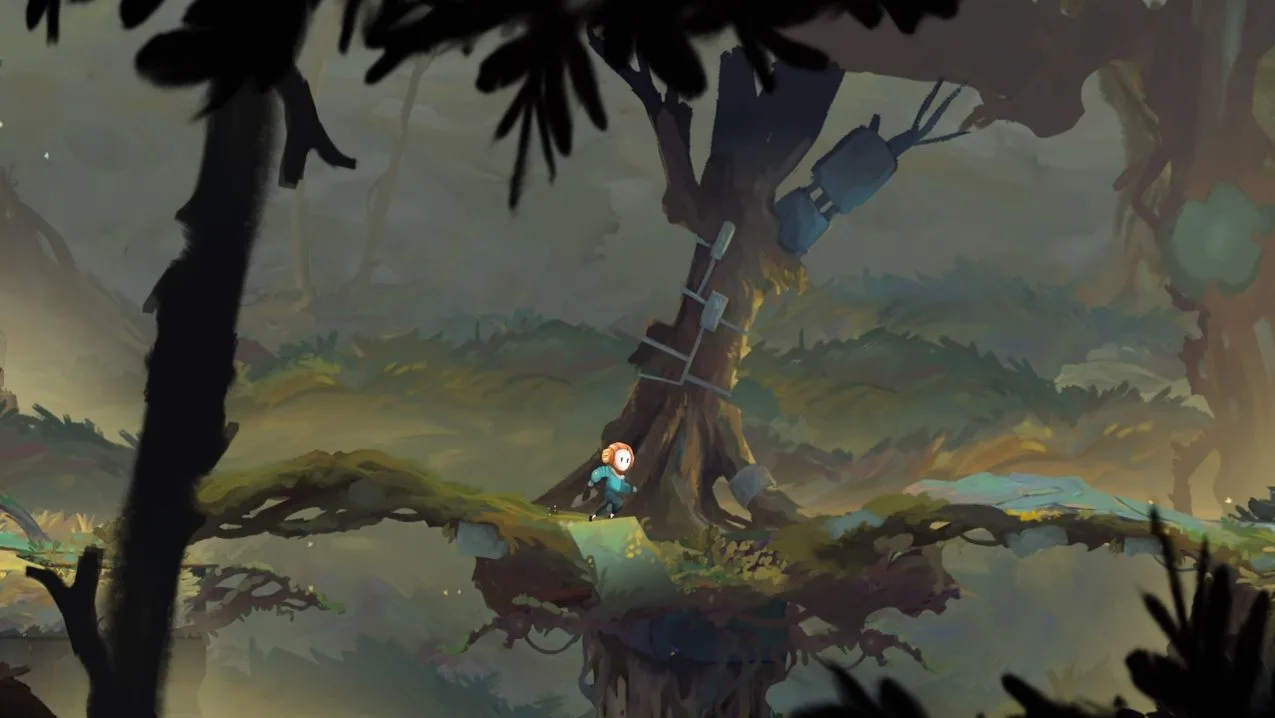 By Kirstie Summers  •  6 months ago

The broad premise of Out of Line isn’t a concept that will be especially unfamiliar to fans of 2D puzzle platformers. You flee a dangerous home through a fantastical dystopian world. You have to manipulate the environment around you to be able to move onwards past obstacles, while avoiding mysterious searchlights bent on your capture.

You play as a little robot escaping a Factory, chased by giant metal claws that will crush you if they spot you. You are armed with your trusty spear, not to fight with, but to use as a lever or to jam gears. This allows you to move mechanical platforms either to open up a path or block you from enemy sight.

The puzzles are genuinely fun. They’re cleverly constructed in a way that engages your creative and critical thinking, without being so difficult as to disrupt the flow of the game. The addition of the mystical spear, which you can summon at-will once thrown, adds an extra layer of complexity to the task ahead of you. 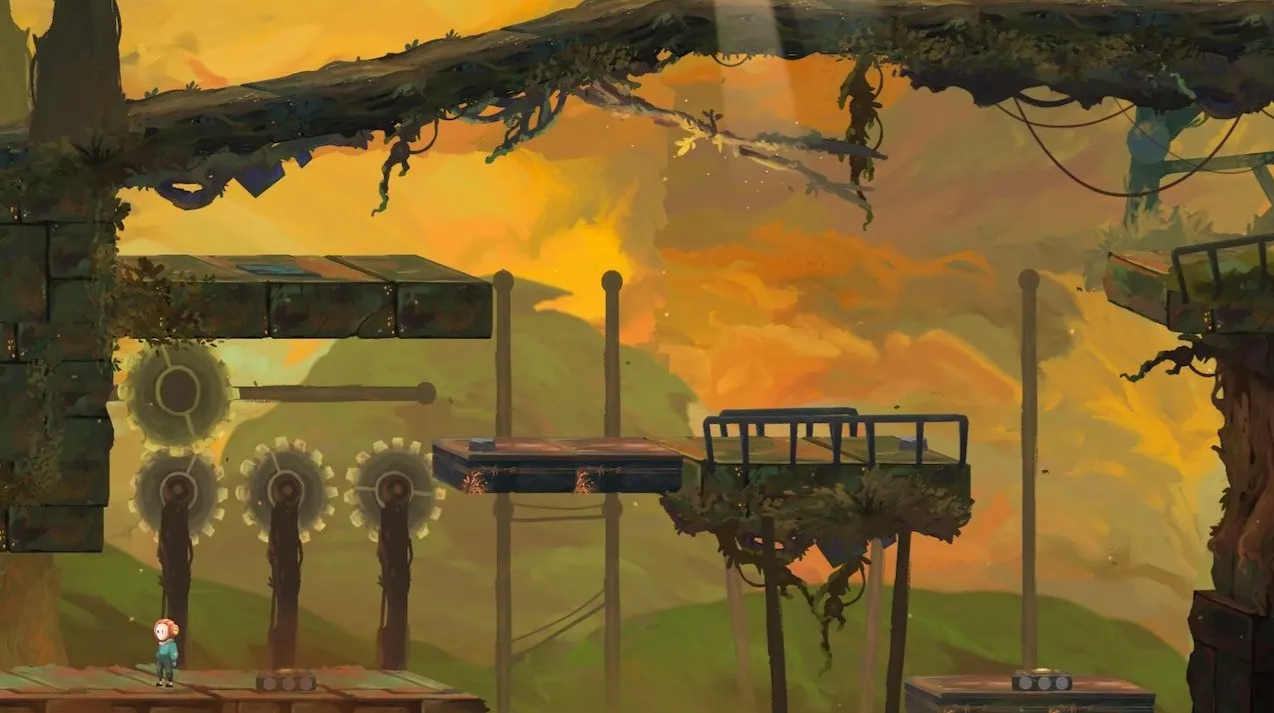 At different points throughout the game, it introduces a collaborative element. Various NPCs will help you out using their own unique abilities, which factors into how you need to approach each puzzle. This is another nice touch that gives the problems you have to solve an extra layer that you don’t always get in single-player puzzle platformers.

Later on, the game introduces portals as well as the gears, levers and platforms. They appear very close to the end of the game, though. It would have been nice if there was more time to explore this mechanic as they were enjoyable.

Out of Line is populated with a wealth of gorgeous environments. From dystopian steampunk factory floors to gorgeous overgrown forests scattered with rusting hunks of machinery, the design is incredible. 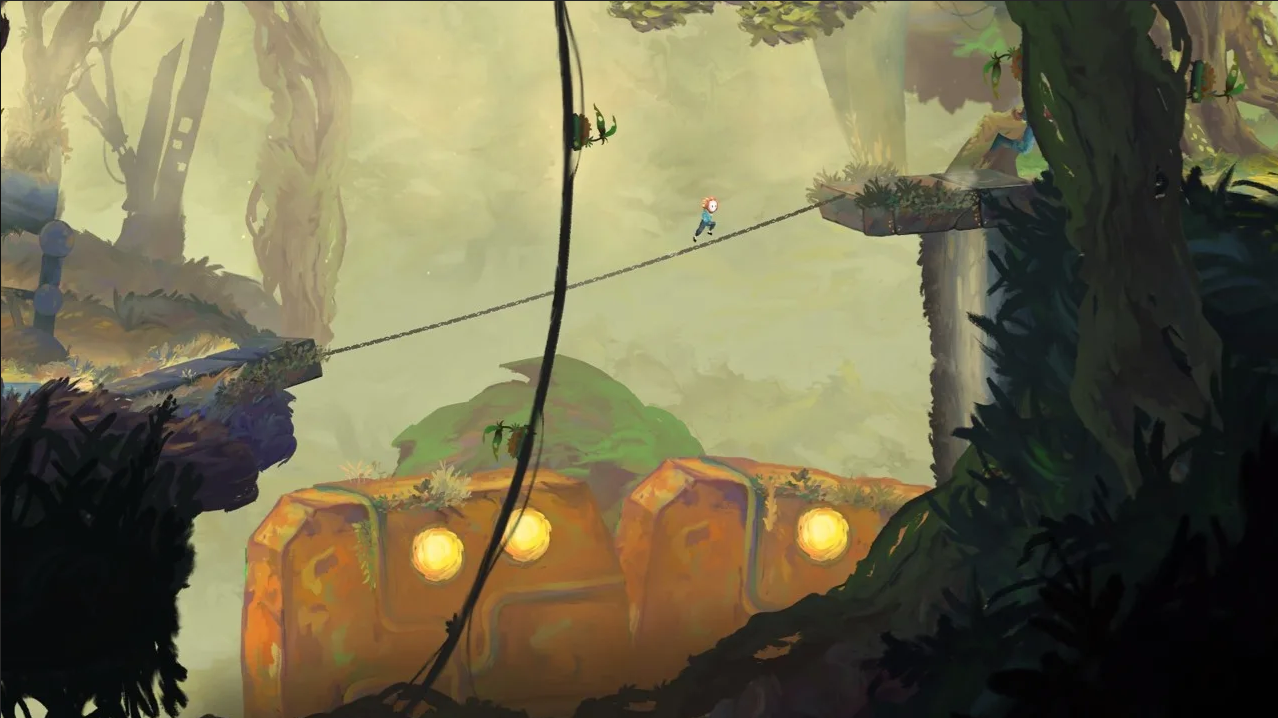 This is complemented by a great soundscape that grounds you in the tension of a death-defying escape adventure and gradually evolves into a harmonious and peaceful conclusion.

Aside from the music, the game is completely silent, with no audible or written dialogue. Thanks to the simplicity of it, the story is still clear and it’s easy enough to figure out everything you need to know on your own. There are even moments of profound pain in the game, when for whatever reason you have to leave one of your companions behind and push on alone. Although you never actually speak to them, you’ve experienced an intense journey together and it’s heart-breaking having to lose them.

The game’s finale sees you team up with two other characters in a battle against one of the robot arms. I expected the climax to last longer, perhaps have more claws come after you once you’ve evaded the first one, or even see what monstrous robot body they’re attached to. Instead, it was over fairly quickly. 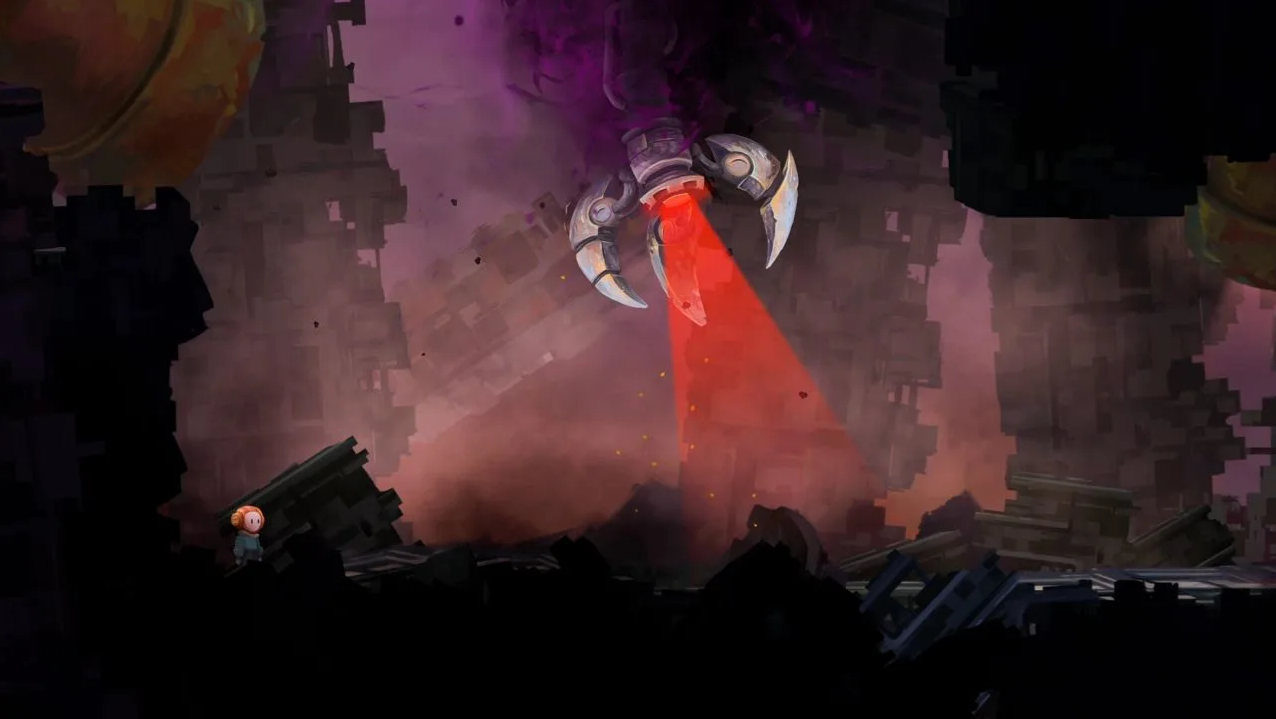 Still, the game must have been doing something right to have left me wishing for more. The combination of solid puzzles, fantastic art and well-implemented unique features definitely give Out of Line enough to make it stand out.

Out of Line is a simple, sweet game with clever puzzles scattered through a beautifully dystopian steampunk setting that suffers only from its short length.