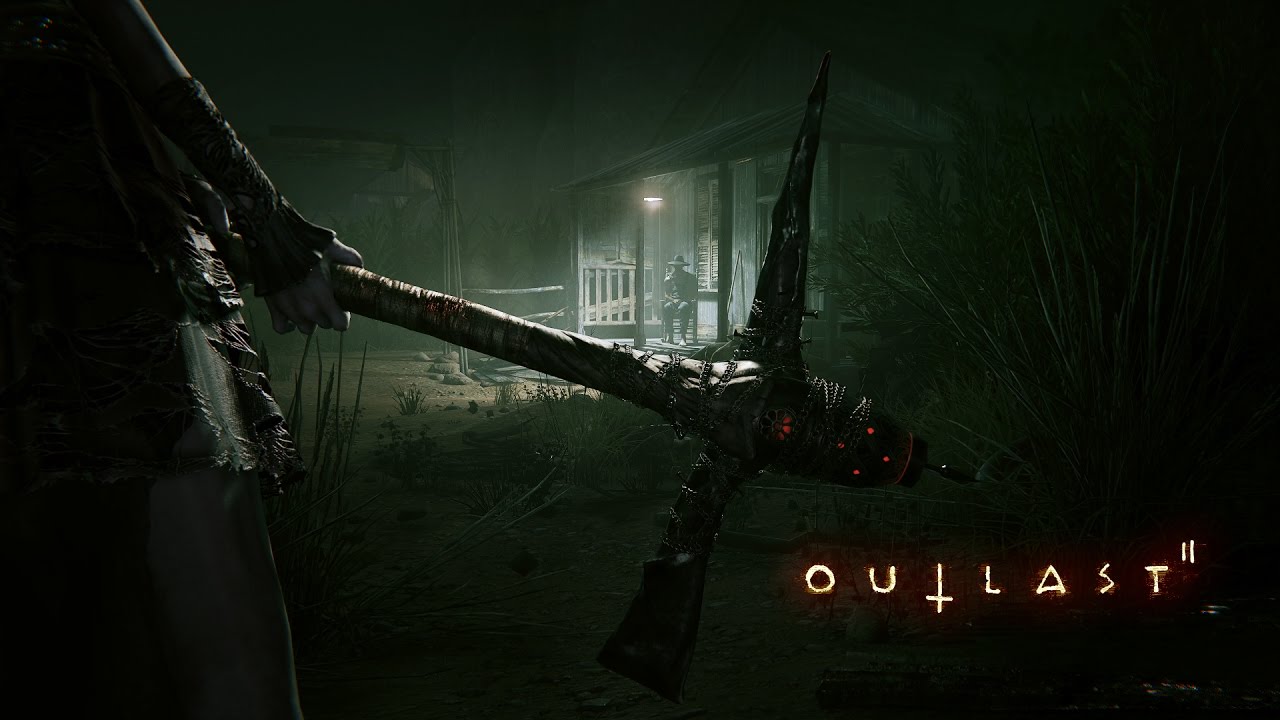 Red Barrels has brought their iconic series, Outlast, to the Nintendo Switch, and with it the most recent entry, Outlast 2. This title is a solid survival horror game, with a creepy atmosphere, wonderful graphics, and simple gameplay, but is held back by an incoherent story and an immersion-killing autosave system.

Outlast 2 does well at creating a sense of dread through its environments.  It does this by breaking up segments between the open-ended areas of a small Arizona village and the claustrophobic hallways of a catholic school. This shift from open-ended can happen at anytime and usually happens in an instant that you are no longer in an open field, but lurking around in the enclosed halls of an empty school. While these locales are inherently unsettling, Outlast 2 does a good job of making it worse with the use of lighting, enemy placement, and level design. 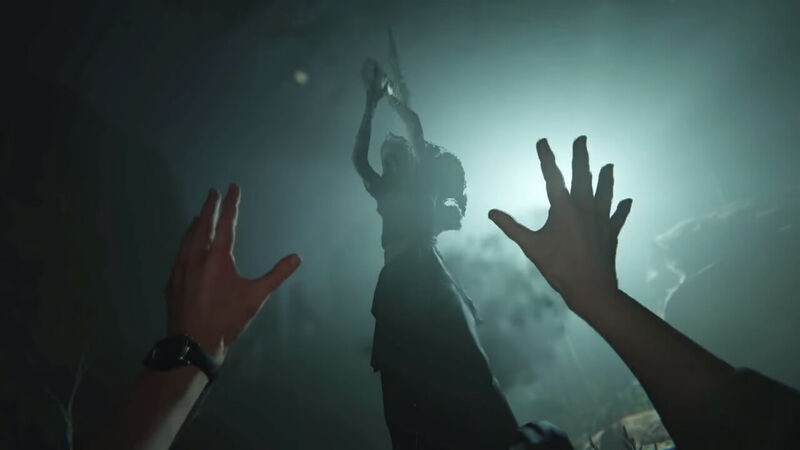 The story runs between 2 main plotlines. They jump between the plot of our main character, Blake Langermann and his wife, Lynn, as they investigate the murder of a young woman, and the subplot of Blake having hallucinations related to the murder of his childhood friend Jessica Gray. These 2 plots never feel like they tie together, except for the underlying theme of they both tie to a disturbed religious figure. While the main plot focuses on the murder and two religious cults trying to bring in the Antichrist, the subplot felt like filler that was there to pad the run time and never lead anywhere. 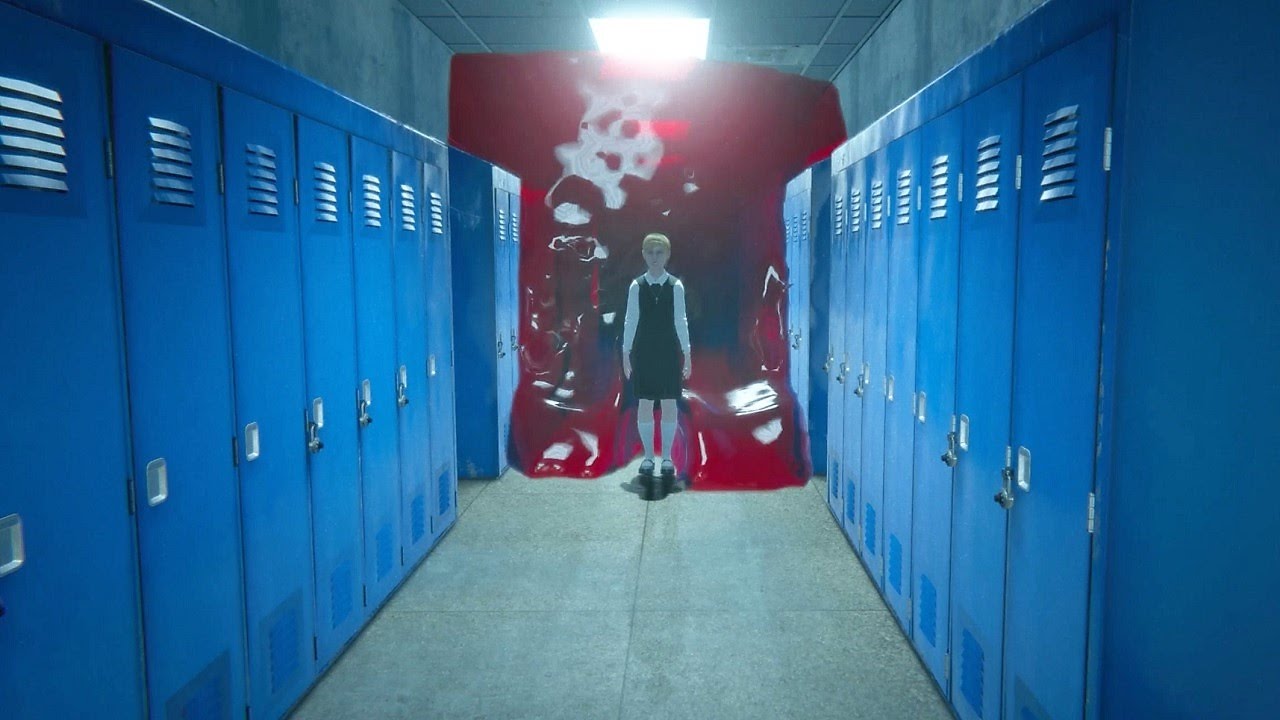 Gameplay consists of running, hiding, and using the camera, to track collectibles and give visibility in dark areas. This style of gameplay is simple, but requires managing health items and batteries. Batteries are required to use the microphone and night vision on Blake’s camera, which is essential to getting through each area. While the night vision lets the player see what kind of enemies are bumping in the dark, the mic gives the ability to hear footsteps and know the proximity of potential dangers. Unlike the original, Outlast 2 added in health items, and you are allotted only a certain amount, just like batteries, depending on difficulty settings. I really enjoyed my time with this entry, because it relies on being clever as opposed to an upfront assault to progress. 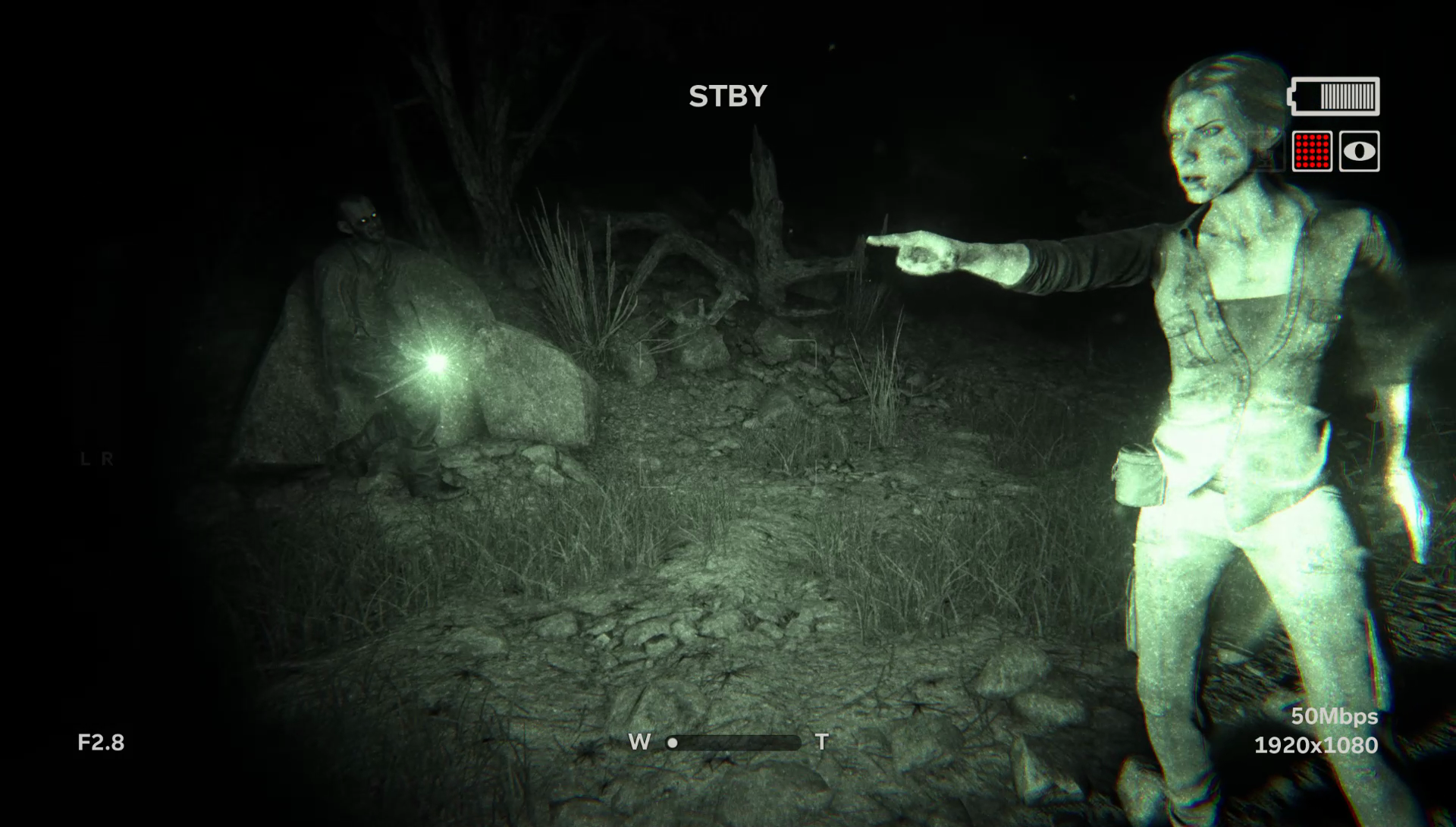 The auto save feature is used too much and has a tendency to ruin tense moments. This feature always saves immediately before and after any encounter. I did not enjoy this because death had no real consequence and would just knock me a few feet back from where I started with all of my items. This lead to encounters becoming an annoyance more than a challenge, because I knew my failure was inconsequential.

Graphically, Outlast 2 looks great in both docked and handheld modes. While in docked mode this title looks just as good as it does on the PlayStation 4 and Xbox One. While in handheld, the game runs at a solid 720p. I also found that I never had any issues with the frame rate, which held at a solid 30 fps. This port is another example of how well the Switch can run higher powered titles.

Outlast 2 has all the makings of a great entry in the survival horror genre, but falls short, because of the story and auto save functionality. I had a good enough time with the inventory management and main plot, but the plot within the school felt like filler. This is a fun expansion for those who are looking for more Outlast, but to those who are curious, just play the original.

Outlast 2 is a decent survival horror game with nice graphics and gameplay, but loses tension due to a overused autosave system. While I had a lot of fun exploring the various environments, it just left me longing for the original.