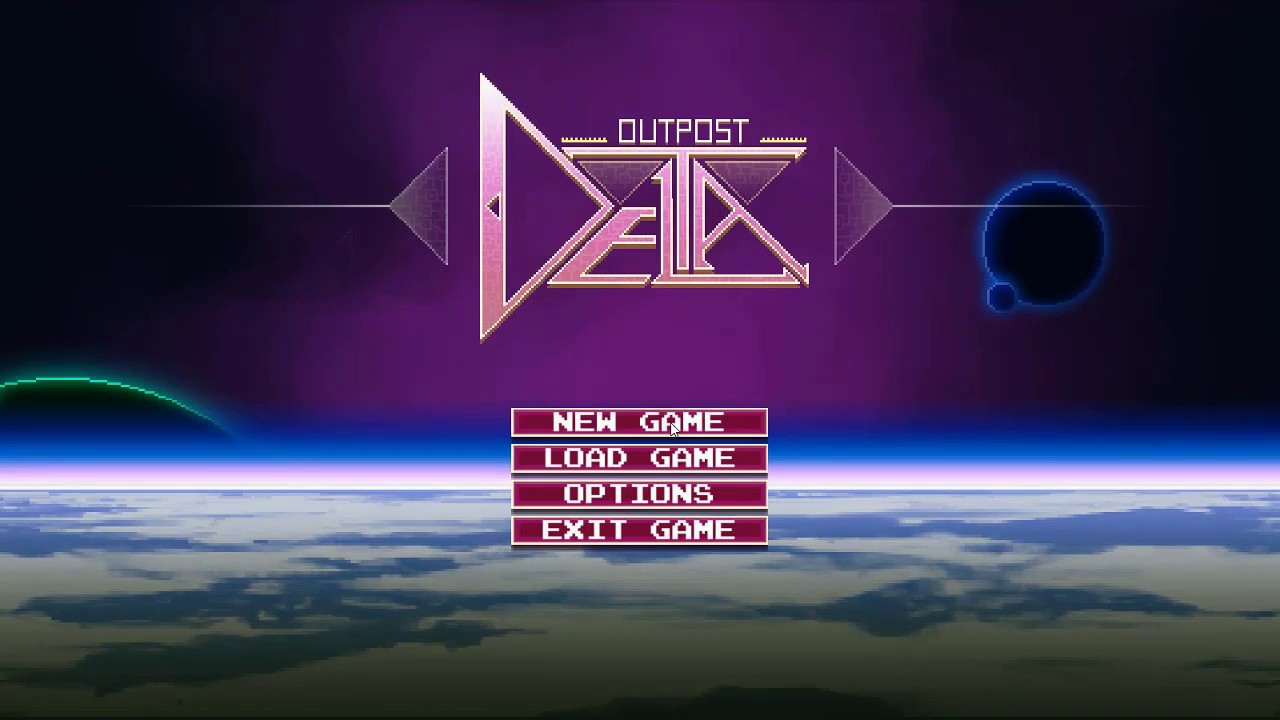 Metroid and Metroidvanias are a genre that has made a huge resurgence in the past few years. While many fantastic indie clones have come out lately, I can say that I did not enjoy Outpost Delta very much. With its confusing map design and unnecessarily challenging gameplay, I can honestly say that not even the standard plot and retro graphics couldn’t redeem this title.

The plot is rather simple. You play as a robot named Delta who is attempting to repair a ship in the midst of an alien attack while also trying to uncover what happened to the people on board. I did enjoy this premise and harkened back to the mysterious atmosphere of this game’s inspiration. 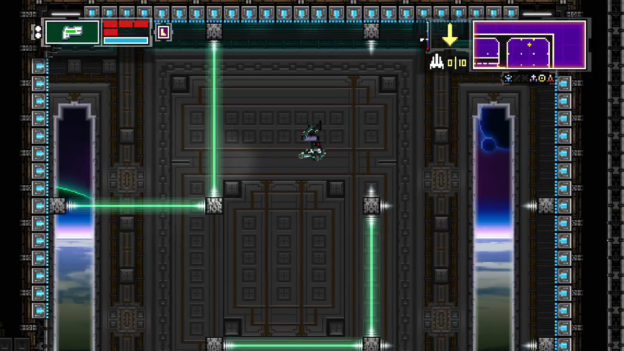 The gameplay is a mixture of the Metroid style map mixed with the aiming of a twin-stick shooter. While it seems like a good combination, both are incredibly lacking. I found myself struggling to even figure out where I was going because the map is confusing in its design that could loop you around the same area without getting any help on the objective. The twin-stick shooting was also difficult to master because it required near impossible precision to hit enemies. While on the other hand, the enemy AI can wipe you out in a matter of seconds. Along with this, there are a ton of checkpoints that can place you in a position where you keep getting killed multiple times at the same spot because of enemy placement, or you reached this point with low health. This gameplay became rather frustrating, considering such a decent premise is ruined by these elements. 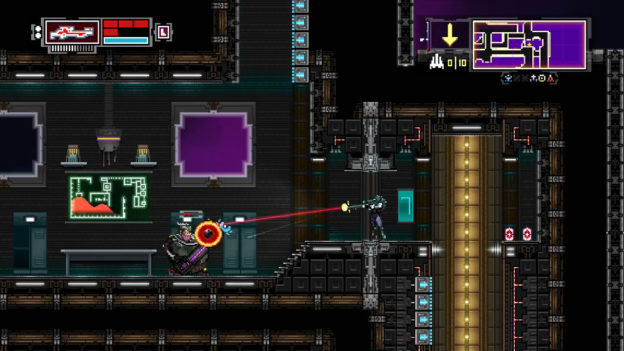 Graphically this game is a throwback to the 16-bit era, and I love this retro style. There are a lot of brightly colored set pieces riddled with some neat views of outer space. Along with that, the sprites on screen also move very fluently despite a few hiccups in cramped vents. Despite all of that, this game is gorgeous.

Overall, I found myself not enjoying Outpost Delta. Despite the decent graphics and okay premise, this game is a mess with a confusing layout and hard to master gameplay. There are a few moments of fun, but those collectibles felt so few and far between that most of my experience was spent frustrated and wanting to play something else. If you’re a fan of this genre, I would recommend another game.

While using the premise of the Metroidvania genre, Outpost Delta falls short with its clunky dual-stick shooter gameplay and confusing map. Despite that, there were some interesting collectibles scattered around and some great retro graphics.