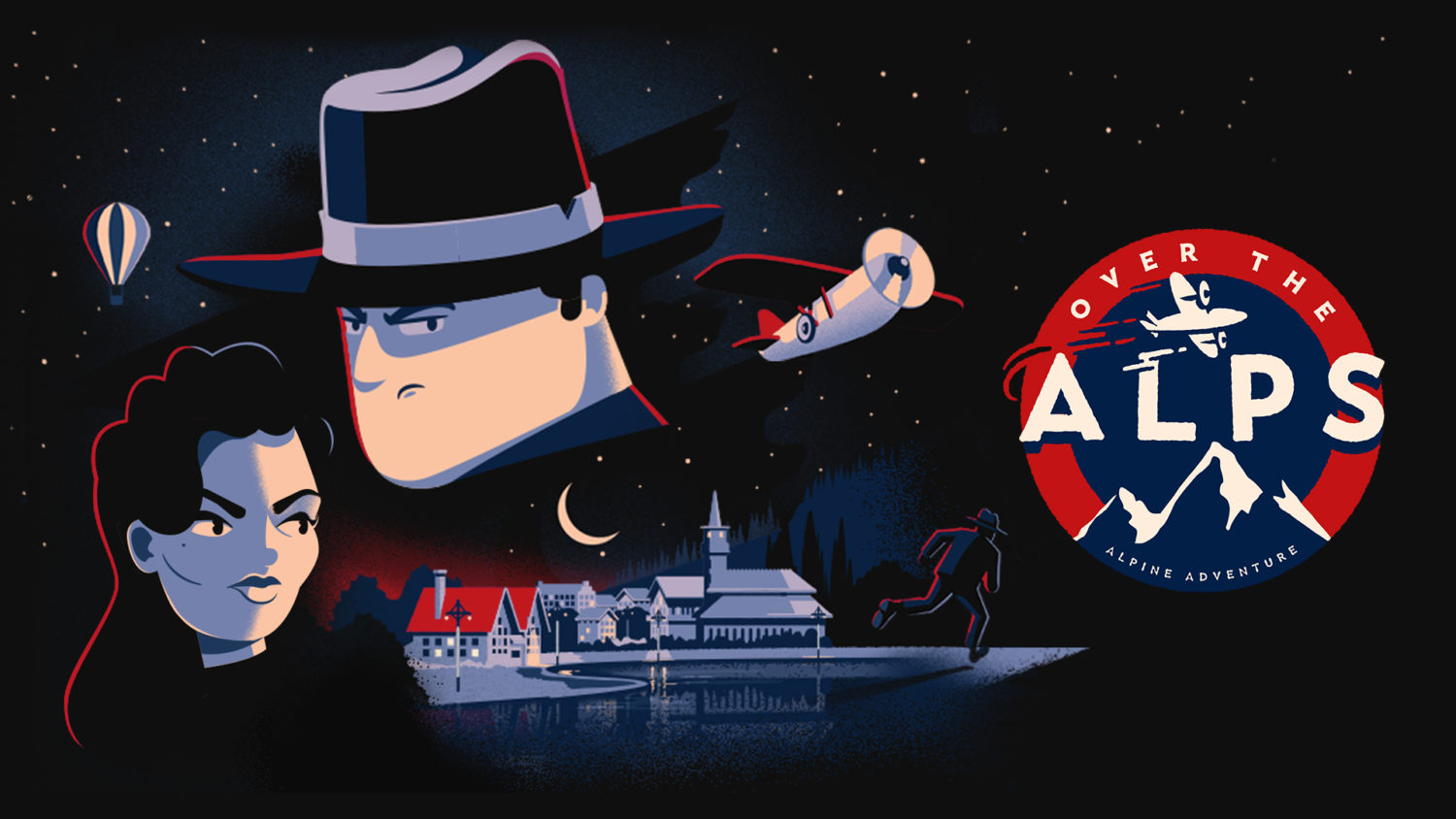 The hills are alive with the words from postcards.

Over the Alps is like a good book in the form of a game. While I did find the story a little hard to follow at first, as I got farther in, everything started to come together.

The game is set in Switzerland, 1939, and the man you play as is Agent Smith. You will find that Agent Smith is writing his story on postcards, which you read. Of course, instead of just reading the story, you can decide the directions in which it will go by choosing what Smith does or says, like a Choose Your Own Adventure book. When talking to other characters, you are able to respond with rude, funny, intelligent, or even flirtatious comments. The way you interact with other characters will determine the relationship you have with them. 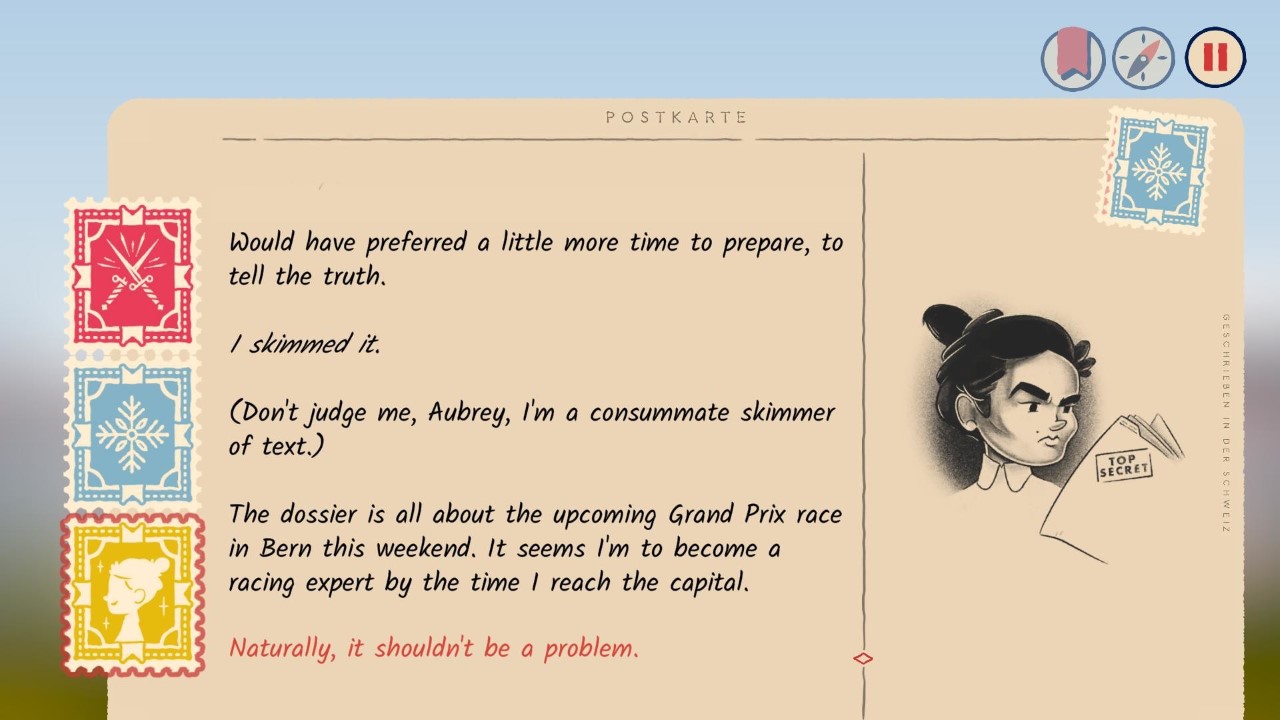 The story in itself is fun and filled with twists and betrayal, as well as comedy and romance. However, I found that I could only play the story for a little bit before wanting to move on to something else. While the game should only take about four or five hours to complete, I do not think the story was interesting enough to play in one sitting, or even two. The game is more of one to play when you have nothing else to do, or if you just really enjoy a mystery story (and want some nice graphics along with that story).

The graphics and visuals of Over the Alps were great. With a vintage, travel poster art style, the scenery in the game is very nice to look at. 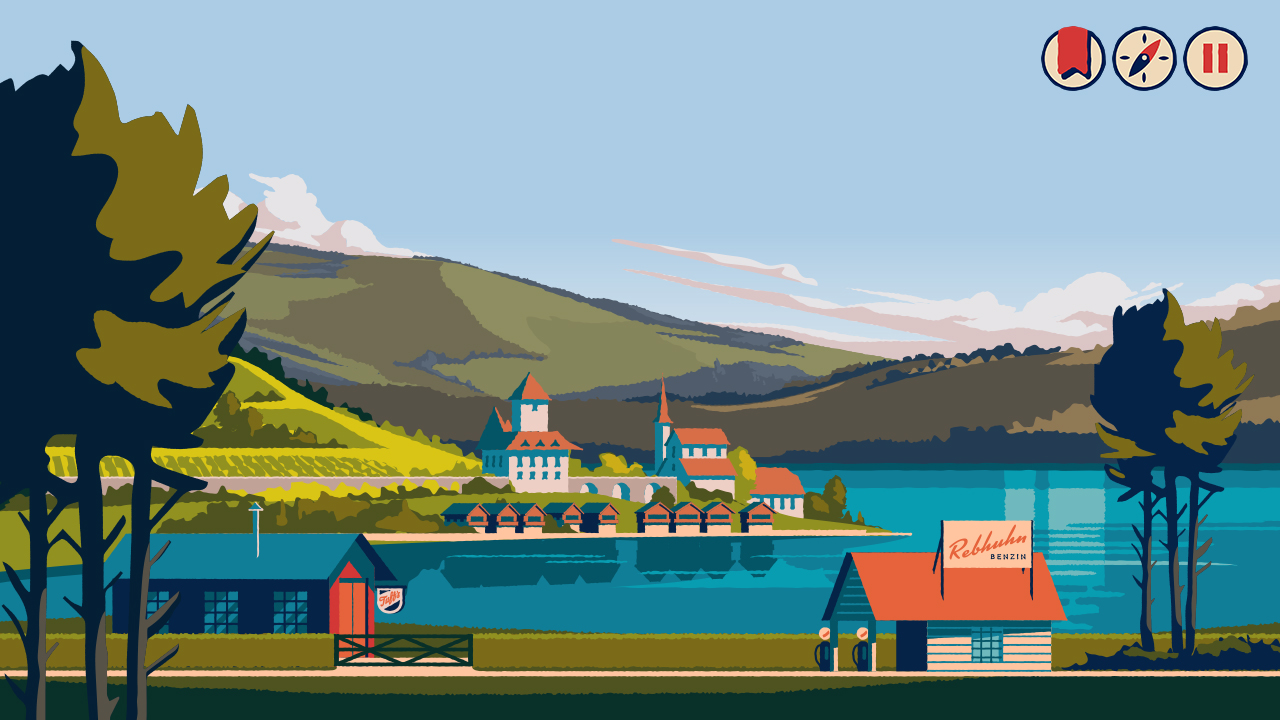 During the game, you travel to many different places, and you are able to see every new location you go to. The mountains, villages, and castles were all beautifully drawn, and really added to the game’s aesthetics. You are also able to see the characters during the game. On the postcards to the right of the words, whoever you are talking to is shown, as well as their reactions to what is happening or what is being said, which I thought was a nice touch.

I found playing the game in handheld mode was more satisfying, though when doing so, I did find interface troubles. Happening only once during my gameplay, I was unable to use the L stick and was instead forced to use my finger. The story skipped to the choice in the process, and I was unable to scroll up and read the couple paragraphs before deciding my next move.

Also, although your story decisions can affect your relationship with the game’s characters, it wasn’t clear how they affected the story arc. The game seemed to push towards certain plot elements regardless of which direction I sent it. This hurts replay value, but at least you get two separate stories (with a third to come, apparently). 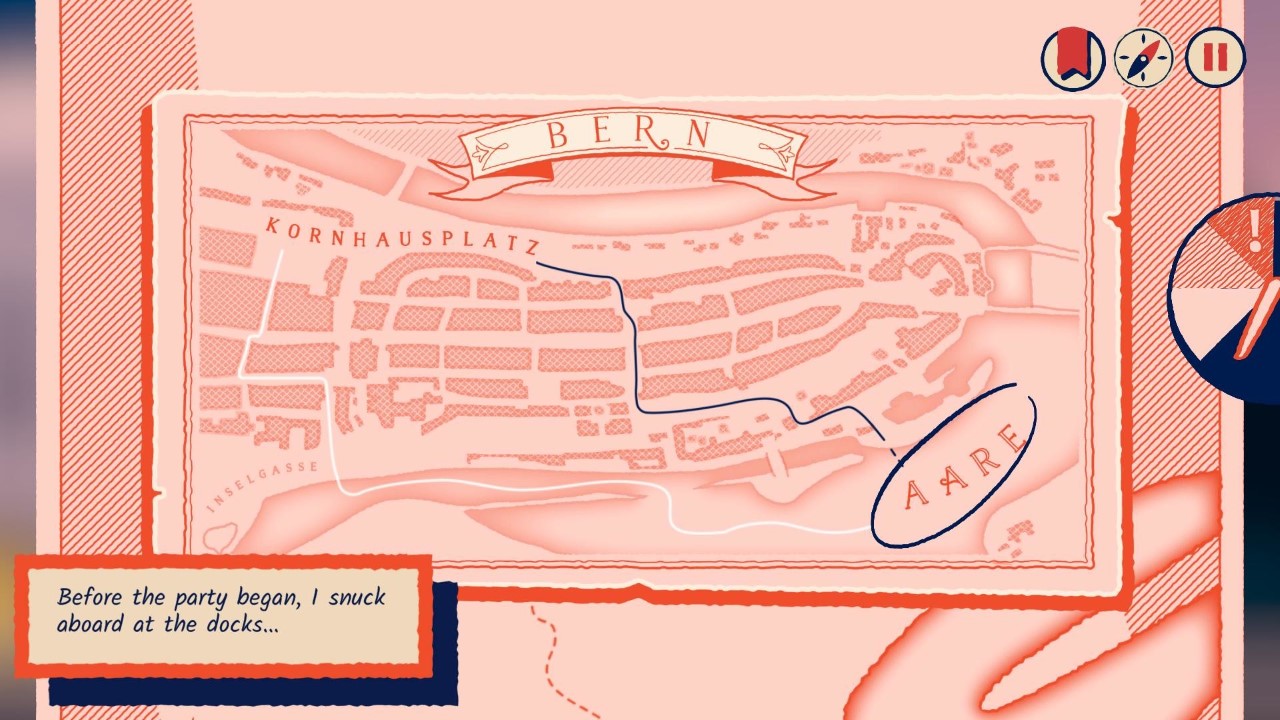 Other than these few small complaints, I did enjoy this game and its style.

Over the Alps is more for those who enjoy reading and watching a story unfold than those seeking good mystery gameplay. Go in with that in mind, and its fun interface, quality writing, and unique art will carry you through.

Nintendo Switch over the alps stave studios
Submit a Comment