Overcooked is a stressful game–let’s get that out of the way here from the start.  Those who play games to relax may want to look elsewhere.  Now with that said, Overcooked is still a very fun game, especially with 4 players.  Let’s dive into what makes Overcooked such a fun and stressful game.

Overcooked has been available for PC since last year but the game recently launched for the Nintendo Switch.  The Switch version is available exclusively on the eShop for $19.99 and includes the core game that launched last year along with both expansions, ‘The Lost Morsel’ and ‘Festive Seasoning’.  Overcooked Special Edition, as it is called, is a great value for the Switch especially when you consider how few games support local 4-player multiplayer on one system, let alone cooperative play.  Sure, players can play competitively, but this game really shines in co-op.  The game’s campaign and both expansions can be played with 1-4 players.  If you are playing solo (which I don’t recommend), you will control 2 characters.  If you’re using the Joy-Cons horizontally, you’ll simply press the SL button to switch between characters–I believe it’s the left trigger on the other control options as well.  While the game can be played solo, it’s simply not as fun.  This game is really designed for multiplayer so if you’re thinking about purchasing the game, make sure to invite some friends over for couch co-op sessions. 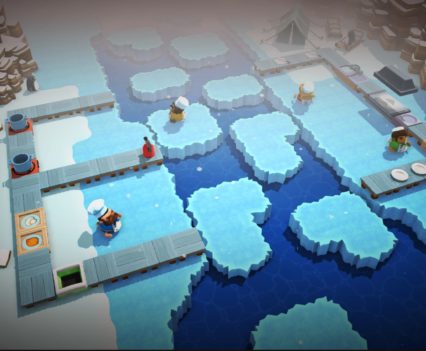 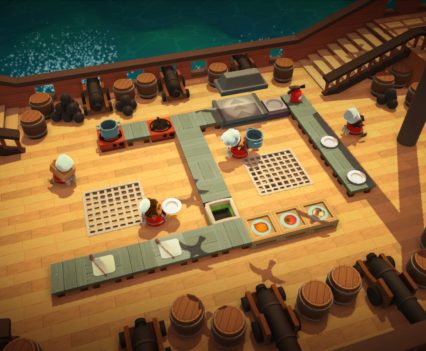 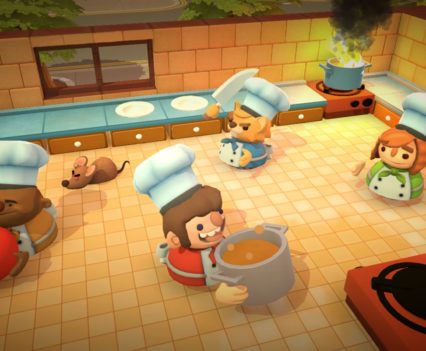 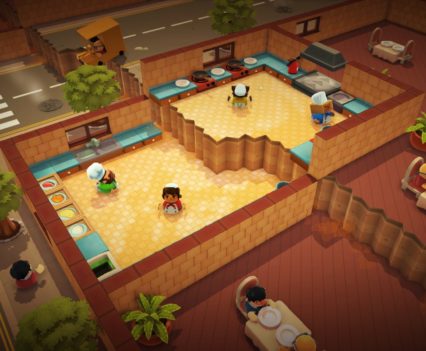 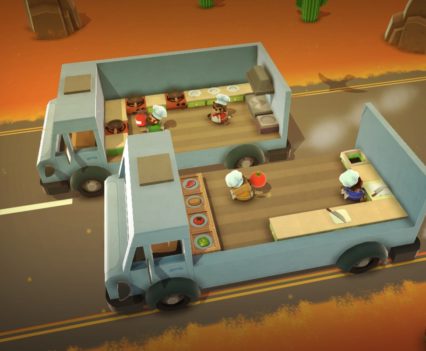 As far as gameplay, players will go through various kitchens in a big overworld.  The levels follow the Super Mario Bros. style of numbering (1-1, 1-2, 1-3, 2-1, etc.) as well as the overworld layout of Mario games.  Each level adds a new gameplay element, whether it’s a new recipe or a new hazard.  Some recipes include basic soups (onion, stew, tomato, potato, etc) while others get more complex and have you assembling burgers or pizza.  The amount of ingredients varies throughout the game.  Some burgers only require the meat and bun while others include tomatoes and lettuce.  Each order will appear at the top left of the screen and there are timers above each order.  The goal is to fulfill as many orders as possible within the time limit while also trying to avoid missed orders.  If you have a group of 4, it makes it a lot easier to efficiently get orders out the door.  The controls in the game are very simple so there isn’t a high learning curve for new players.  The game does a good job of teaching you the basics and also teaching you new recipes as you play.  Some hazards can be simple to overcome, while others change the whole layout of the kitchens.  You might be on a wooden ship and the counters in the kitchen slide left to right or there might be conveyor belts in a segmented kitchen.  There is a nice variety in the 30 levels available in the co-op campaign and there are 10 levels in the Versus mode.  The Lost Morsel has 6 levels while the Festive Seasoning expansion has 8 levels.  Each group of content contains new chefs to unlock as well.  There is quite a bit of depth to the levels and gameplay.  Food can burn, so you’ll have to put fires out with the fire extinguisher or each protect your food from thieving mice.  Overall, the gameplay is frantic and fun and can be downright hilarious when playing with 4 people all trying to coordinate with one another.

Visually, Overcooked is a top-down isometric game that gives you a nice lay of the land/kitchen.  The style of the game uses lower polygon count character models and textures while still looking crisp.  It has a lot of charm to it at least.  I wish the interface was a little more polished though.  Loading levels or going back to the main menu seemed to take a while and the game doesn’t always display a progress bar to let you know something is happening.  The indicators for telling you what button to press aren’t always obvious either.  The gameplay felt really polished but the cutscenes and UI weren’t nearly as well done.

If you’re looking for a great couch co-op game, you’d be hard-pressed to find another game like Overcooked.  It’s got enough stress to keep the game interesting/challenging and playing with friends is a blast.  The content may run dry after a few hours but there is still a lot of replayability in trying to beat your high scores on each level.  Overcooked is definitely worth checking out on the Switch.

If you’re looking for a great couch co-op game, you’d be hard-pressed to find another game like Overcooked.  It’s got enough stress to keep the game interesting/challenging and playing with friends is a blast.  The content may run dry after a few hours but there is still a lot of replayability in trying to beat your high scores on each level.  Overcooked is definitely worth checking out on the Switch.