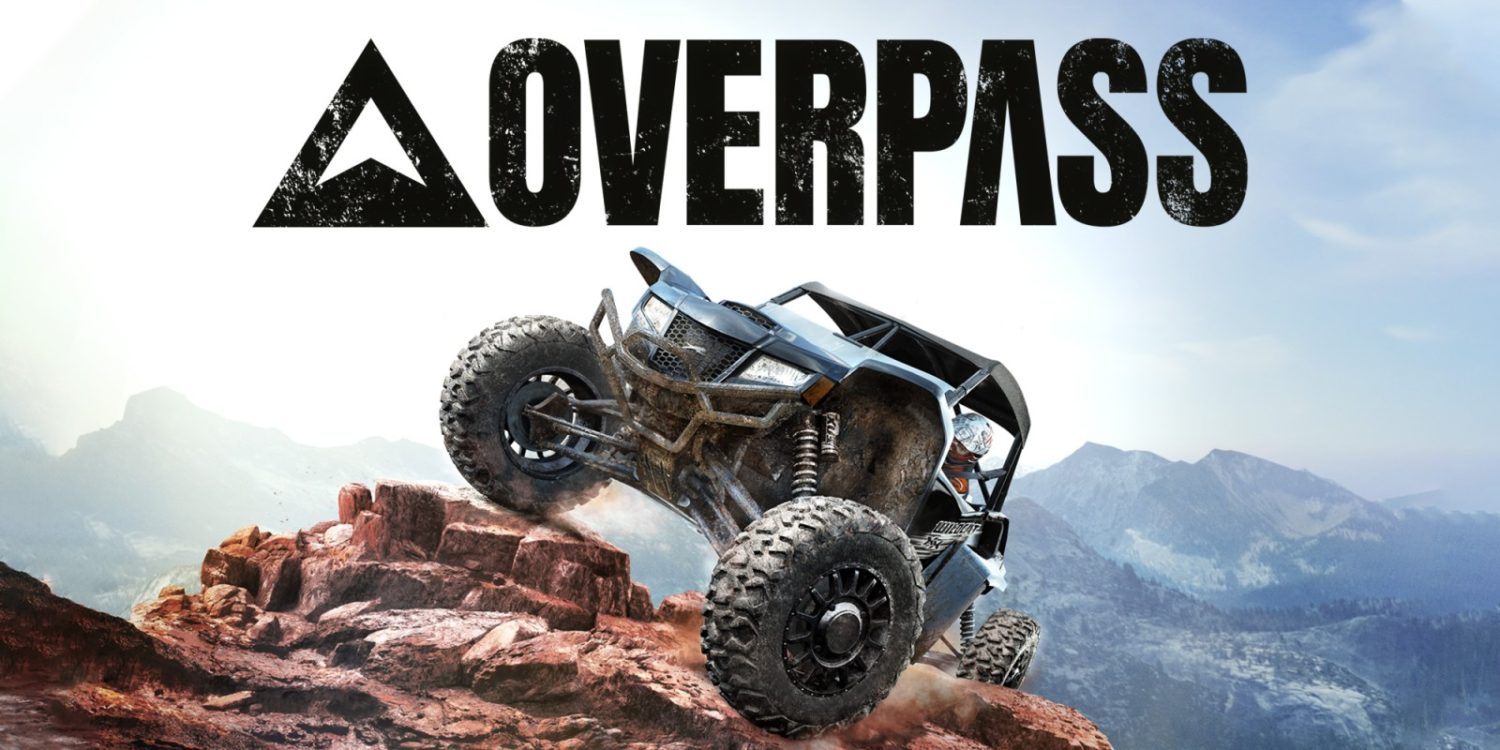 As a genre, racing games are tried and tested — it’s a bit of a treat when a game like Overpass comes along, and is trying to do something a little different. The reason why Overpass isn’t like many other titles in the genre is because it isn’t necessarily about how fast you go. Obviously the objective is still to complete the tracks with the best time, but with Overpass, faster isn’t better. The tracks are akin to puzzles — the key is to approach each track with caution and an element of finesse.

In Overpass, the races are time trials, whether they’re obstacle courses or hillclimbs. The obstacle courses are usually the less challenging of the two, but not by much. You will tackle these courses in either an ATV (quad-bike) or UTV (a buggy). Both work in a similar fashion, however, the ATV has the added element of having to adjust the racer’s body when going over obstacles, so as to shift weight. This is where the true challenge is: how you approach the obstacles will dictate how well you will do — if you come in too hot you’re going to damage the vehicle’s suspension, but you won’t make it at all if you come in too slow. 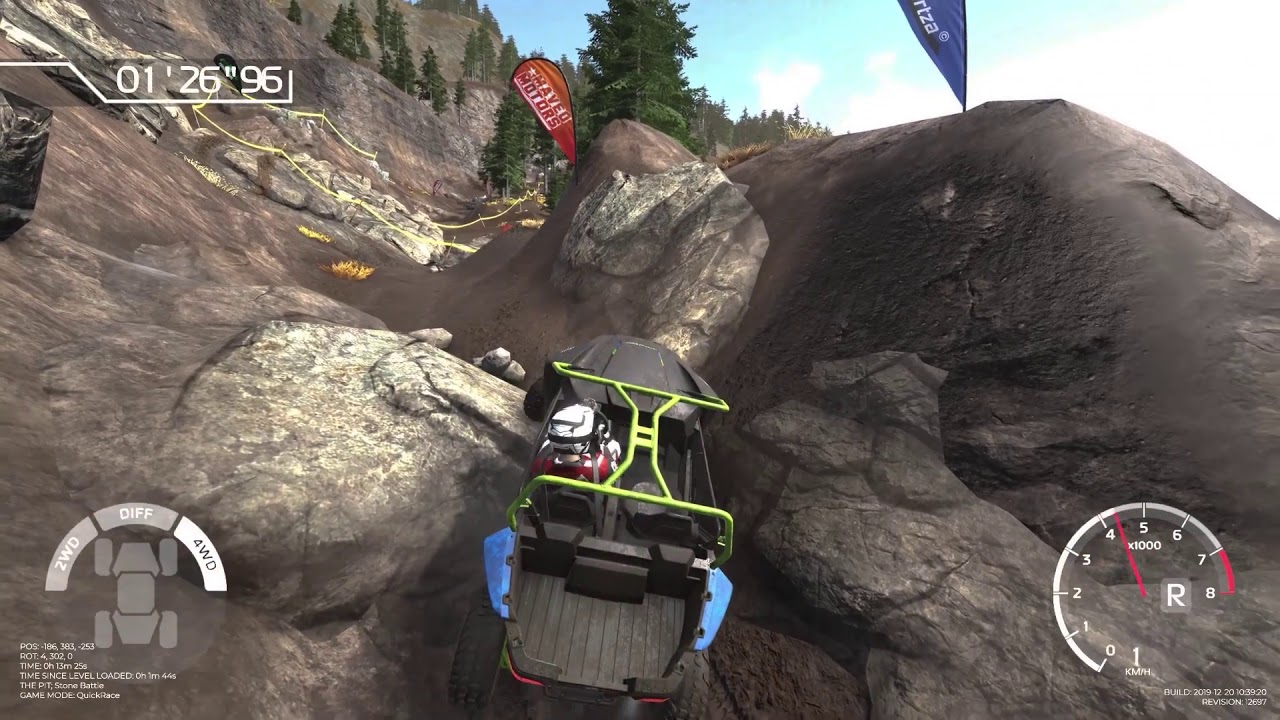 The key is to avoid getting stuck and continue on. Overpass keeps you thinking about the best way to handle your next obstacle — be it a ditch or a pile of tyres, each will engage you due to its realistic physics-based gameplay. With this in mind, it’s worth mentioning that you start automatically in a four-wheel drive (4WD), but you can change it to a two-wheel drive (2WD) or switch to DIFF mode. Chances are 2WD isn’t going to get a lot of attention, but the DIFF function is really useful as it gives the vehicle much better grip, though at the expense of its steering.

Overpass’ physics-based approach to vehicle handling is an interesting one. It also might just be its biggest flaw. Simply put: it doesn’t feel great. More often than not, the way the vehicle handles seems to be another thing working against you during the races. Obviously, Overpass is intentionally challenging, but the poor handling makes the entire experience hugely frustrating. Even when approaching a flatter area, where a bit of speed can be found, turning is so twitchy it’s like driving on ice. This doesn’t mean the game can’t be enjoyed, but it’s definitely going to be quite the challenge, even for the most committed of players. 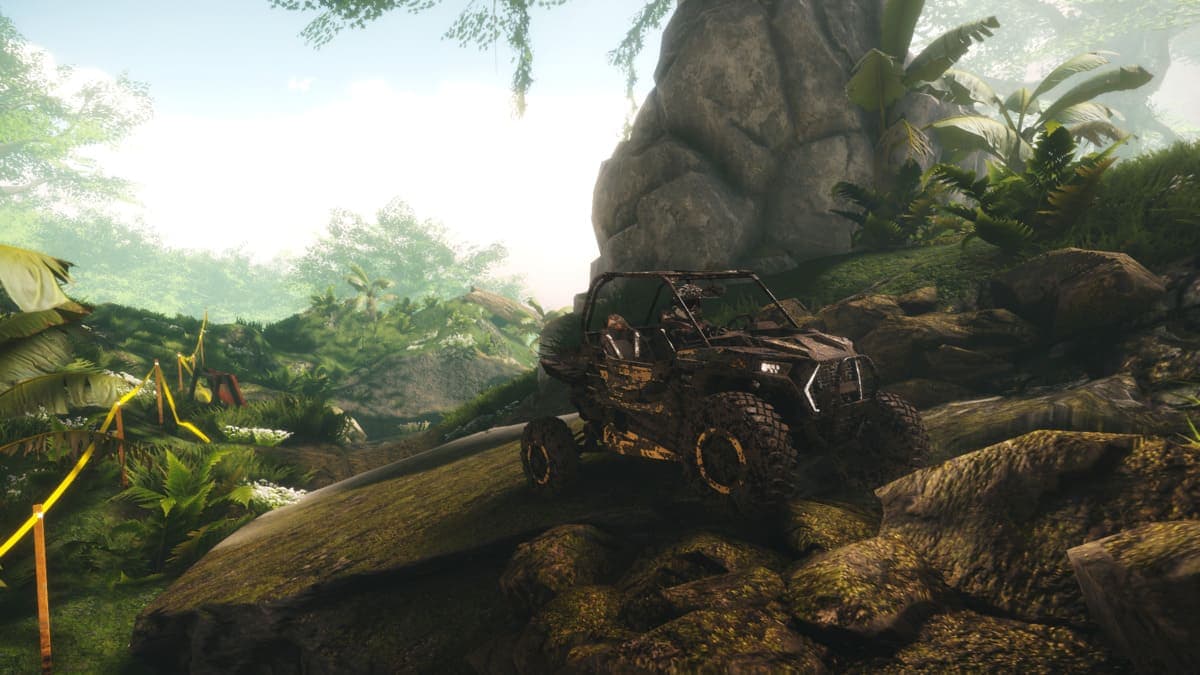 There are few game modes in Overpass. For single-player, there’s only the career and quick race modes, and for multiplayer there’s online and split-screen. Despite not having many modes, there’s still plenty to do — there are a lot of different tracks and locations, and these are very much explored in the career mode. The career is the bulk of the game and is considerably long, especially if you find yourself getting stuck a lot. Career also features the extra challenge of vehicle damage, which is carried over from race to race. The damage your vehicle takes will impact its mobility and handling until you pay to have it changed or fixed (with currency gained in the career mode).

Along with a large variety of tracks, there’s also a good amount of vehicles to unlock. There’s plenty to be unlocked with the in-game currency, so completionists will be kept busy. 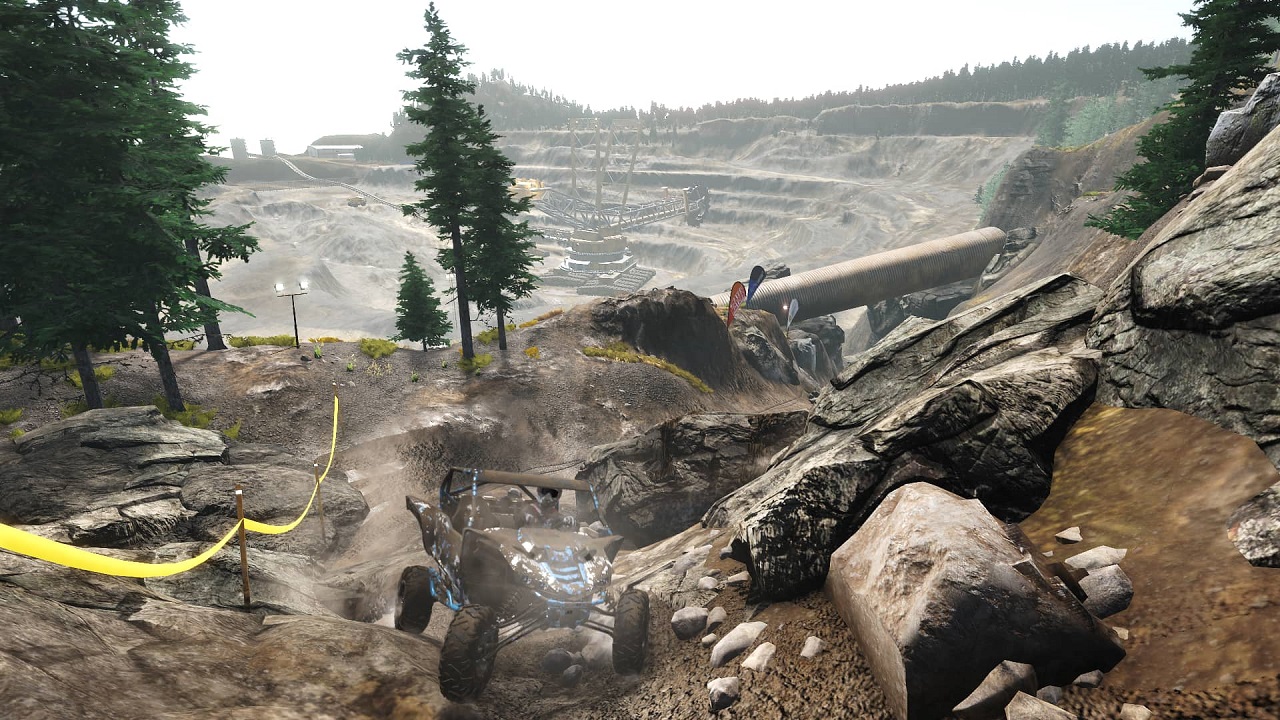 Even though Overpass features vehicle damage, it’s not at all cosmetic — of course, this is a minor gripe, but it’s still a shame. In general, the game isn’t very good-looking. It’s inoffensive but at times it can be difficult to differentiate between certain textures on the screen, and this is made more frustrating by how long the game takes to load a new track.

Unfortunately, Overpass feels like it’s just short of the mark, even if it is offering a fresh take on the genre. The general handling is too counter-intuitive to ever feel like you’re making good progress, and all too often it’s as though the game is responsible for my mistakes, not my own shoddy driving. However, for those hardcore fans of driving games out there, Overpass definitely has something fresh to offer.

Overpass certainly adds an interesting take on the genre, allowing for well-trodden ground to feel fresh. Unfortunately the difficulty of the game and poor handling will prevent most from making it past the tutorial.