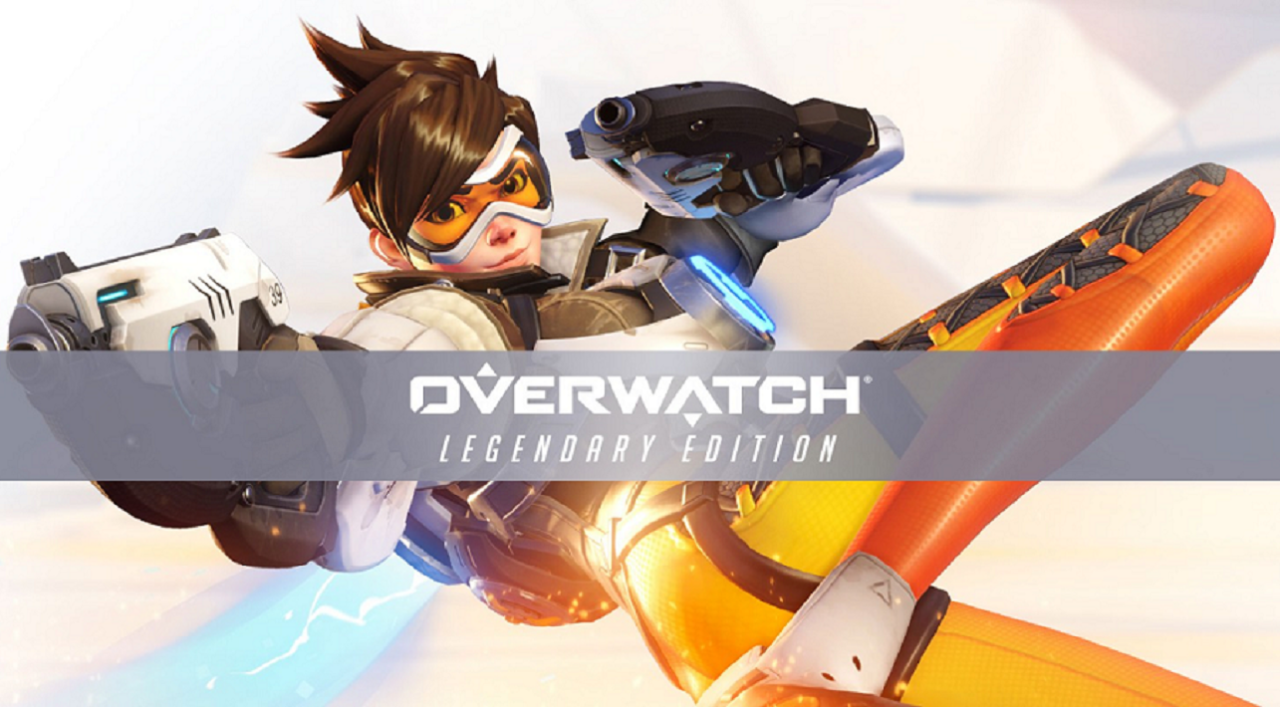 Out for some time on multiple platforms, Overwatch has taken the FPS genre by storm. This Legendary Edition is all about co-op play with up to 12 players at a time going head to head in some serious fast-paced action. Beautifully rendered cel-shaded characters and colorful backgrounds make Overwatch a tour de force for the eyes. I’m truly impressed with the level of detail put into the game’s environment and characters. With 40-plus different area maps that you’re randomly sent to, Overwatch takes you on a scenic vacation from the streets of Paris to Route 66. While not real-life accurate, you definitely get a feel of your location with the help of the soundtrack. I just hope the players don’t get billed for the damage to the city…oops.

The game goes from zero to ludicrous speed as soon as you think you’re done with the training. You realize fast how, even on easy, the games AI is all about putting you in the ground, never mind the real players! There are over 30 heroes to choose from, all with different styles, techniques, and weapons. Overwatch has a variety of playing styles; from tanking to healing, it has it all. Like the other versions, there are various difficulties to choose from depending on your level of skill. Quickplay for fast games if you’re just looking to blow off steam, an arcade mode with eight different match types, two of which change daily. And then there’s competitive play; do I really need to explain that mode? They did not, however, have an inept mode for me!

Overwatch uses a dual-stick control type, with one stick for movement and the other to pan your view and aim. What I find irritating, is that the Joy-Cons also make your angle change (with gyro motion controls)! The slightest movement changes your angle of attack and fire; NOT A FAN of that, as every time I hit the button to fire it also moves my weapon in-game. I haven’t found a way to turn that off! It looks like my character is having a seizure just trying to shoot their weapon. I found the response of the controls way too extreme to get a real handle on the game, as either it’s way too fast or too slow to change your line of sight.  There is definitely a learning curve and you can’t just jump into this and expect to be amazing. It’s going to take a bit of time. This was a bummer for me, as other versions on other platforms felt more precise and more manageable than this version. I’m sure, given more time, I might be able to get better at manipulating the characters, but this really took away from my overall enjoyment of the game. Before I start getting hate mail from the Overwatch fan groups, I will say this isn’t my preferred type of game.

Overwatch is a super fast-paced and competitive game and seems more geared to die-hard fans of FPS’s than the average gamer. This game will take you a while to master if you’re not really familiar with the genre. Overwatch has a ridiculous amount of unlockable content for the player. Character skins are abundant and give fantastic visual variety. Like many recent Blizzard games, microtransactions are available as well giving players access to a variety of different customizations like weapon skins, voice clips, and emoticons. This is just to mention a few, as there is a lot.

To wrap it up, I think Overwatch is an awesome looking game and a pretty good addition to the Nintendo Switch’s library and with more than enough content to keep any player busy for a long time. While versions on other platforms feel more precise, this Legendary Edition is worth the $39.99 cost if you’re a fan of the genre looking to play both at home or on the go.

Overwatch is an awesome looking game and a pretty good addition to the Nintendo Switch’s library and with more than enough content to keep any player busy for a long time. While versions on other platforms feel more precise, this Legendary Edition is worth the $39.99 cost if you’re a fan of the genre looking to play both at home or on the go.