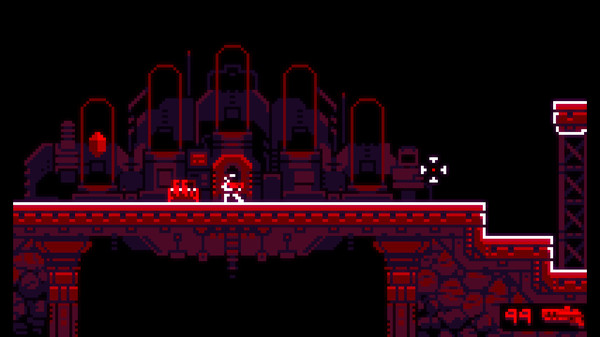 The concept behind Overwhelm is one that is simple and not unfamiliar. You, an explorer, are trapped in a labyrinthine dungeon, low on ammunition in a place where power-ups are all but non-existent. Your only mission is to get through it alive.

Like many of the most successful horror games, shows, films, stories, Overwhelm leaves a lot to your imagination. You are free to project whatever scares you the most onto the minimally detailed game. The stark black and red colour scheme offers a grim canvas for you to imprint on. The creatures that crawl through the dungeons are vague shapes that resemble the creepier creatures in the real world, like spiders and scorpions, but are undefined enough that your mind is invited to twist them into something entirely original. 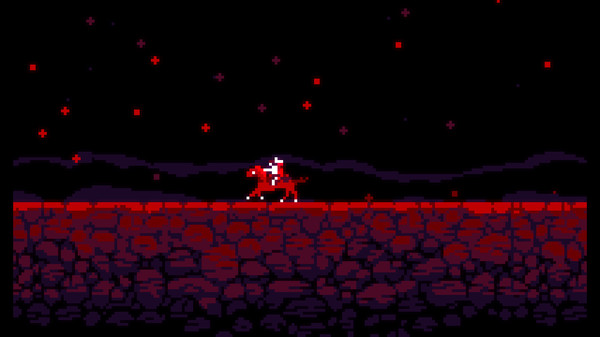 Smaller enemies appear scattered throughout a large and well-constructed map, with a handful of terrifying boss monsters in specific rooms. These bosses are genuinely challenging. They take a hell of a lot of ammunition to kill, which adds a fierce layer on tension to the game when you know you only have a limited amount. They have vicious abilities that really force you to make the most of your surroundings to make sure you survive.

If you don’t, regardless of whether you’re defeated by a boss or a regular cave-dweller, you suffer the kind of sudden and permanent death that hearkens back to the days of video games before save points. This not only heightens the challenge, but also matches the retro aesthetic really well.

This means that once you die, you have to start over from the beginning. 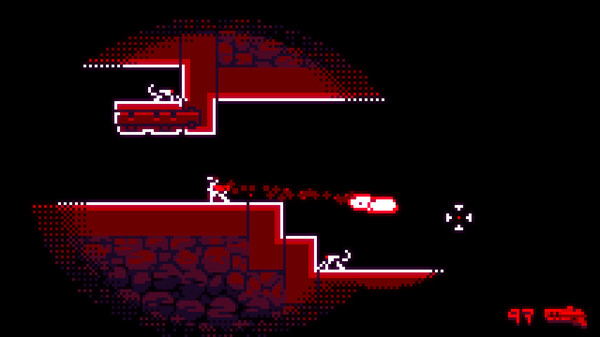 All of this makes Overwhelm the kind of game that is easy to pick up in terms of controls and understanding the task you have to achieve. But it’s not easy at all to complete. Rather than putting you off, though, this makes it incredibly addictive as a fiercely nostalgic dungeon-crawler.

Simple yet effective, Overwhelm takes the concepts at the very core of the horror genre and presents them in the form of a nostalgic and addictive game.