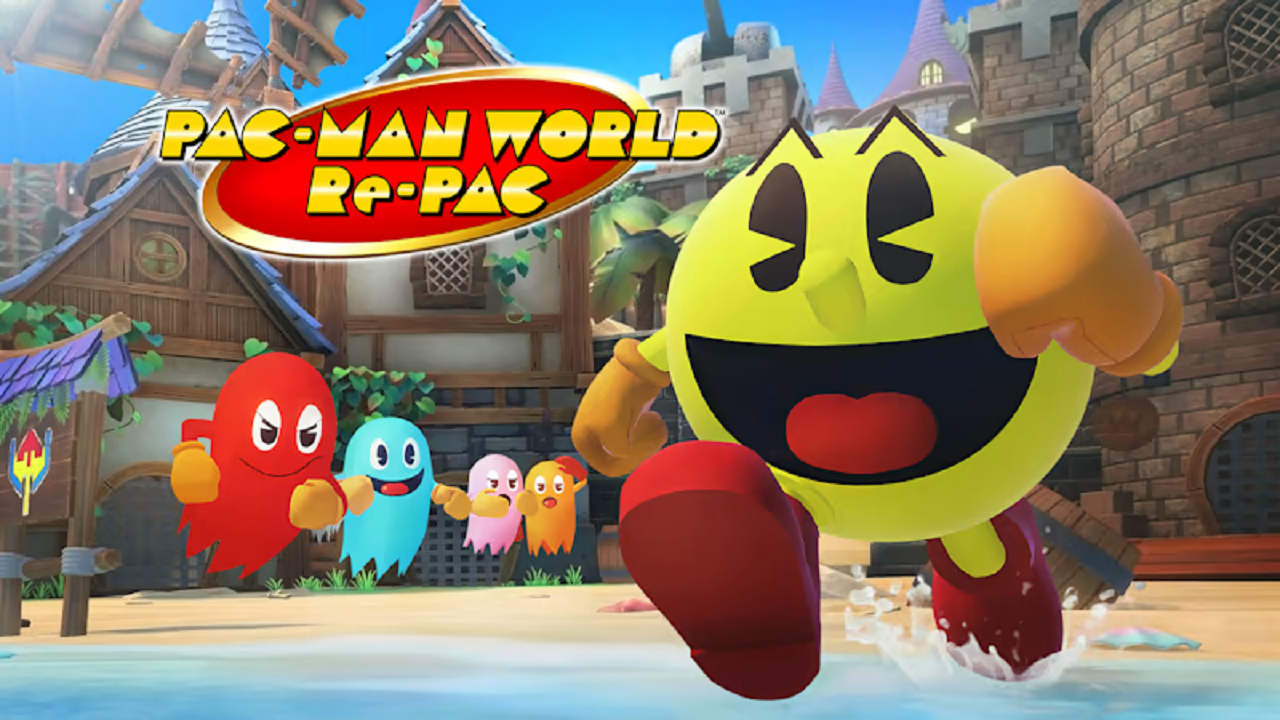 PAC-MAN WORLD Re-PAC brings its own brand of old-school 3D platforming to the Nintendo Switch. It’s time to adventure like it’s 1999.

To start this review, I’ll note that my memories of Pac-Man World begin with the second entry, which I still own for my GameCube. So comparisons with the original will be few. But honestly, if you have nostalgia, this game probably already made your wishlist. And if you have nostalgia for this type of game in general, Re-PAC is a good offering. So long as you don’t mind playing a “modernized” game that still feels closer to Y2K scares than it does COVID ones.

The story for this one is simplistic at best, stupid at worse. At least the main baddie, Toc-Man, is a cool-looking robotic Pac-Man. It’s a rescue mission; are you up to the task of saving the Pac family? Thankfully, story matters not for this type of title; it’s all about the entertaining gameplay.

As you platform through the different themed areas (pirate, ruins, and more), you may grow to have a love/hate relationship with Pac-Mans move set. For instance, while butt-bouncing an enemy is consistently pretty cool, it doesn’t have quite the same impact when needed for platforming. Likewise, rev-rolling is neat until Pac doesn’t quite register with the target and winds up losing a life in the void. Responsive and tight by modern sensibilities, these controls aren’t. But, they are faithful to their time, and you’ll quickly master them if you’re a veteran gamer. You can also remap them, which is a welcomed option.

The stages have variety, but you’ll see familiarity sooner than not, which makes me think the devs only had a few ideas, solid though they are. But while it’s debatable how much of a “classic” this game truly is, the gameplay style has plenty of classic elements. The 3D Mazes offer some good fun for fans of Pac-Man’s earlier days, nicely breaking things up in enjoyable ways.

As free lives and health are readily available, the challenge comes from being a completionist. How willing are you to backtrack and open fruit-locked gates, for instance? The camera can also lead to misjudged jumps, which can be an instant failure depending on the area. Checkpoints certainly help, though. Fail three times straight, and the game will suggest an “Easy Mode.” I tried it for thoroughness’ sake, and it’s a fine inclusion. While I rarely used the extended flutter jump this mode enabled, just the idea of having that option must’ve acted like a mental crutch because I did play better. But again, you’ll have dozens of backup lives before long.

The “updated visuals” are…neat enough. I am bummed that some of the colors seem more muted, but Pac-Man himself looks a heck of a lot better. HD Rumble tricks my brain into thinking looks better than they probably do; go figure. The means to flip between performance and resolution mode are buried in the options. I’ll leave those who fixate on such things to elaborate, but I will say this isn’t the smoothest game. How much the occasional jitter impacted my gameplay, I wouldn’t know. But, with a few exceptions here and there, PAC-MAN WORLD Re-PAC is generally a moderate-paced game.

Musically, we have updates of the iconic Pac-Man jingles fleshed out with several theme-fitting tunes. I didn’t realize Tommy Tallarico was the composer for this game! While this isn’t my favorite of his work, one of the space-themed tracks comes pretty darn close. I’m sure I’d have even more favs if I had 20-plus years of nostalgia. A shame there’s no in-game music player, but at least you can adjust the music and sound effects volumes independently.

It’s not blowing it out of proportion to say that Pac-Man is one of the most significant characters in video game history. He’s so widely known and loved; that alone may be enough for some to pick up his latest release. Others with a fondness for the fledgling days of 3D platformers will find PAC-MAN WORLD Re-PAC is a good release that grows on you, even with its dated aspects. The pros definitely outweigh the cons, and $29.99 is a fair launch price for a physical game.

It’s not blowing it out of proportion to say that Pac-Man is one of the most significant characters in video game history. He’s so widely known and loved; that alone may be enough for some to pick up his latest release. Others with a fondness for the fledgling days of 3D platformers will find PAC-MAN WORLD Re-PAC is a good release that grows on you, even with its dated aspects. The pros definitely outweigh the cons, and $29.99 is a fair launch price for a physical game.