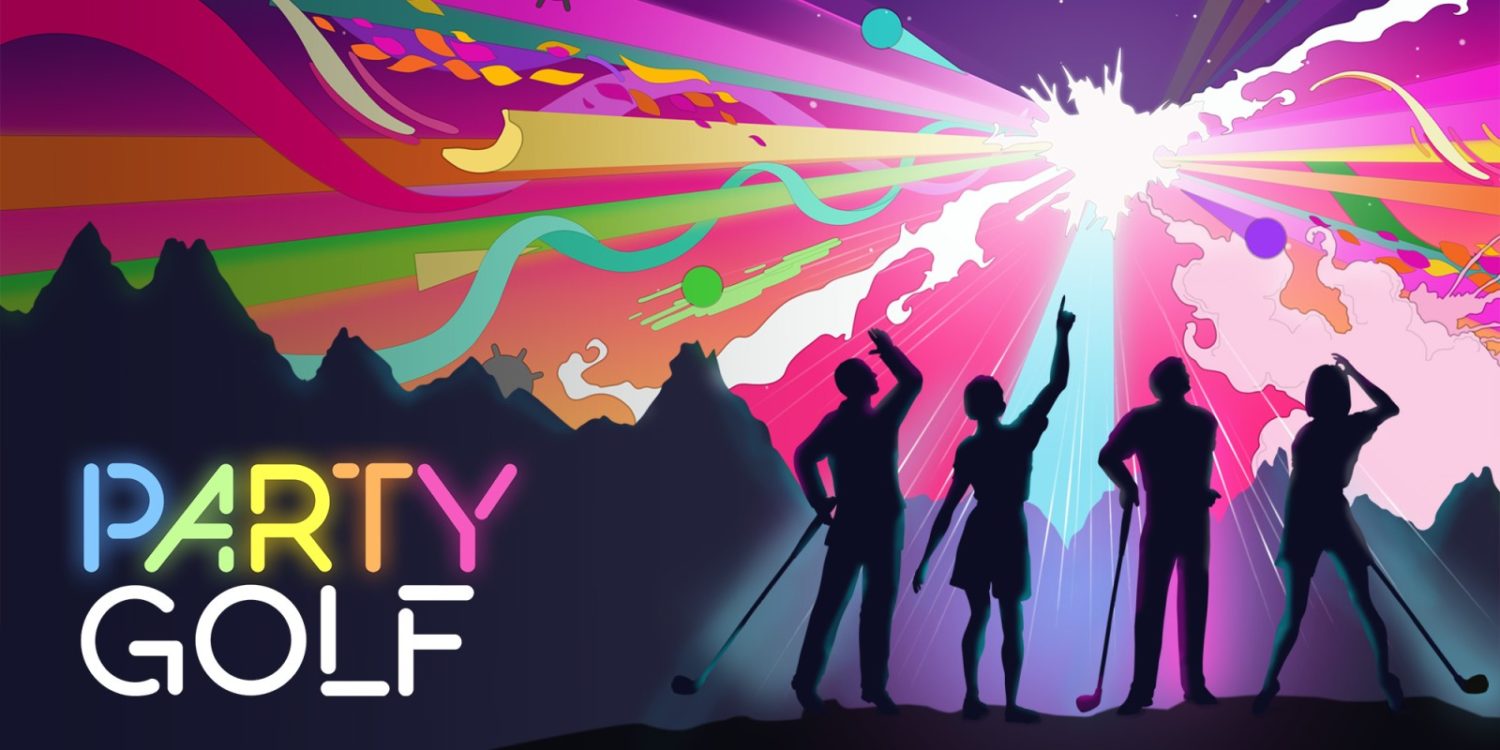 Party Golf is a game that is described well by its title; it’s literally a golfing game for a party of friends. It’s designed for quick rounds of competition between up to eight local players, with the basic premise of reaching the hole first.

The game takes that simple concept and runs with it, creating a multitude of levels that require different strategies in order to win the round. Each player still has to reach the goal first, but maybe it’s in the dark, or with oddly shaped balls. Players compete to reach the hole within the time limit, with the first one there crowned the winner. If no one reaches it, points are awarded depending on how close you were. 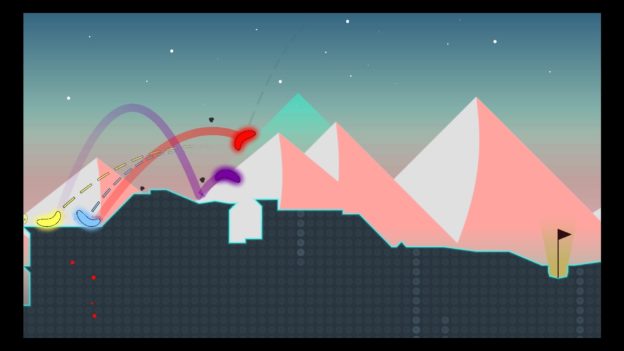 There are over 100 such levels and, with other human players, they can prove fun to play. The single-player experience is not as strong, since the AI often struggles to understand the goal of the level. A maze-like round sees the AI continually hitting the ball against a wall, since it’s technically closer to the hole on the other side. What you need to do, though, is hit the ball away from the wall, up a tunnel, and across a gap, etc. until you reach the goal.

There is a dedicated single-player mode called Trials. Here you can practice your shots by shooting to holes with varying obstacles blocking you. These could be physical, like objects dropping from the sky, or mechanical – like limited shots or time. It’s quite challenging, and a decent mode in itself, but it’s the multiplayer experience that will keep you coming back. 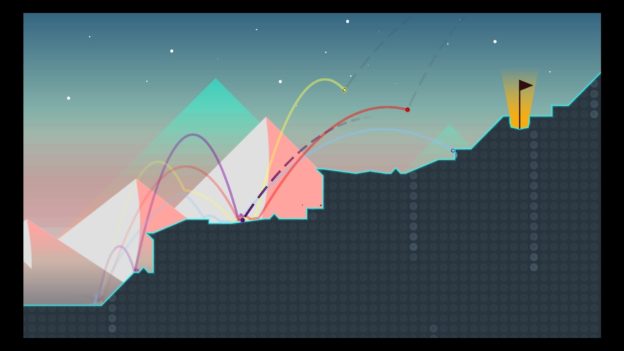 Party Golf’s simple aesthetics feature washed-out backgrounds and different-colored balls. Each player’s ball is followed by a ribbon of color, which looks pretty. It also adds to the chaos of multiplayer games, as streams of color fill the sky and balls bounce into each other, all while the clock counts down to zero. It can be fun, but it will also frustrate some players. It’s a little difficult for a casual player to pick up and play, so you’ll need the right group of friends in order to enjoy it fully.

Another major feature of the game is the Custom Mode, which allows you to create your own levels. It’s safe to say that the number of options here are many. You can customize almost everything, from the position of the tee-off and hole, to the size of the balls, to the terrain itself. Even things like the voting system for players between rounds and the camera can be set as you see fit. It definitely adds to the value of the game. 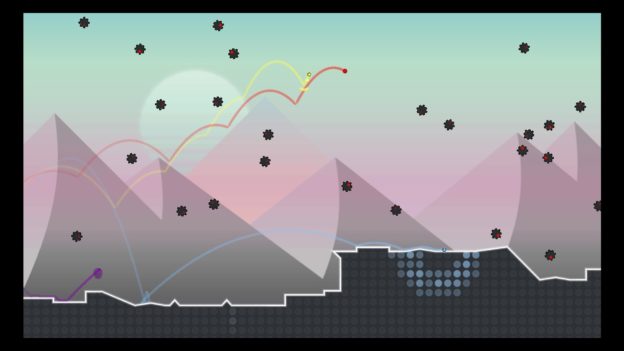 Is this game for everyone? Not exactly. My kids didn’t enjoy it; some of my friends did. It’s a chaotic multiplayer experience that is well-made and jam-packed with options. If you’re looking for something to play with a group of friends this holiday season, Party Golf is one you should consider – with the right group.