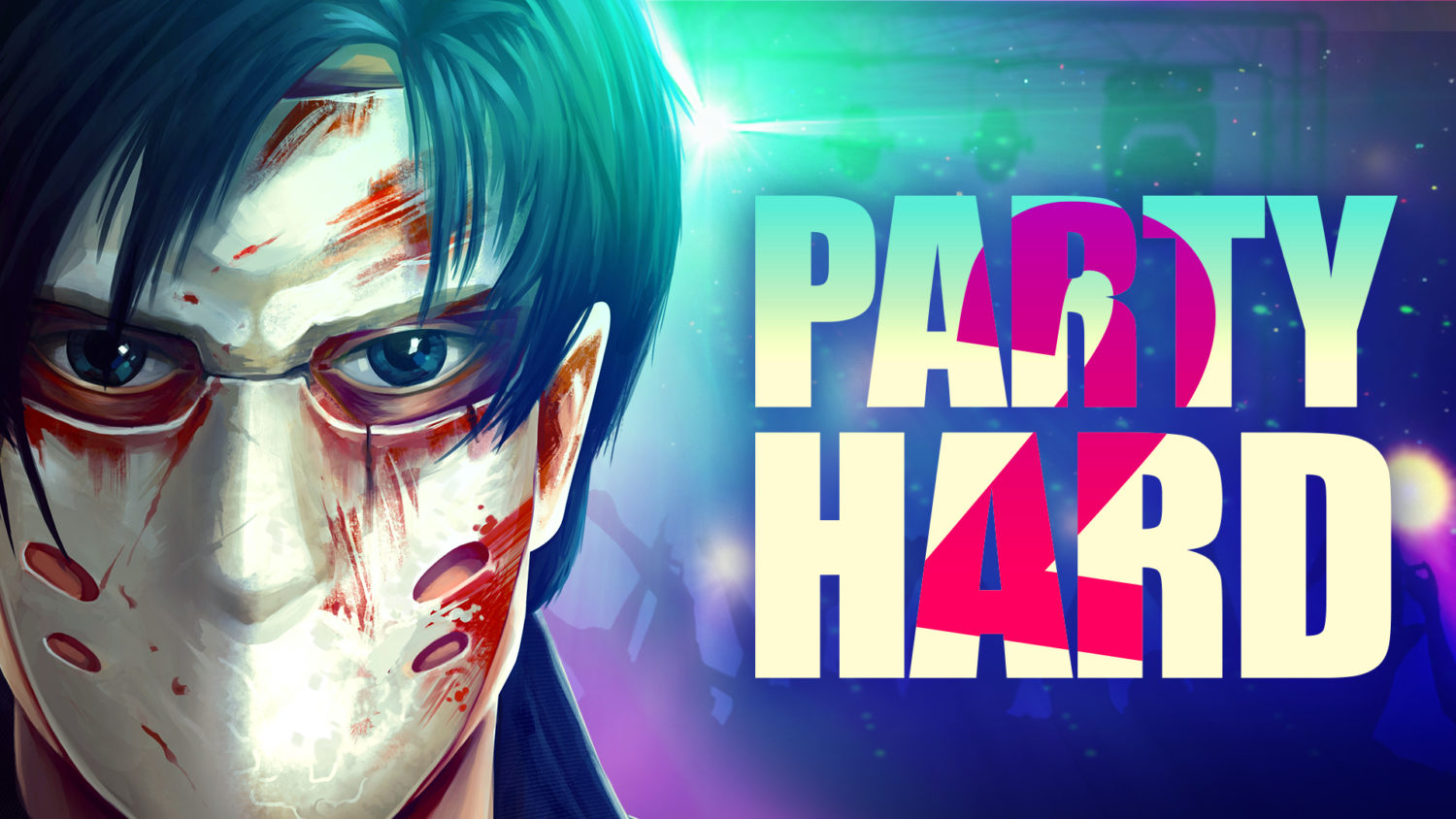 Party Hard 2 is an action, stealth, and adventure game. The question is, does it offer gameplay as exciting as a party, or should it be left lurking in the shadows? Let’s find out.

You play as Jason Voorhees. Wait, that’s not right; you’re another hockey mask-wearing killing enthusiast, though. As the story goes, it’s 3 a.m, and you are awakened by your neighbors throwing a party. You decide to put an end to it by killing them. You know the only rational way of doing so. 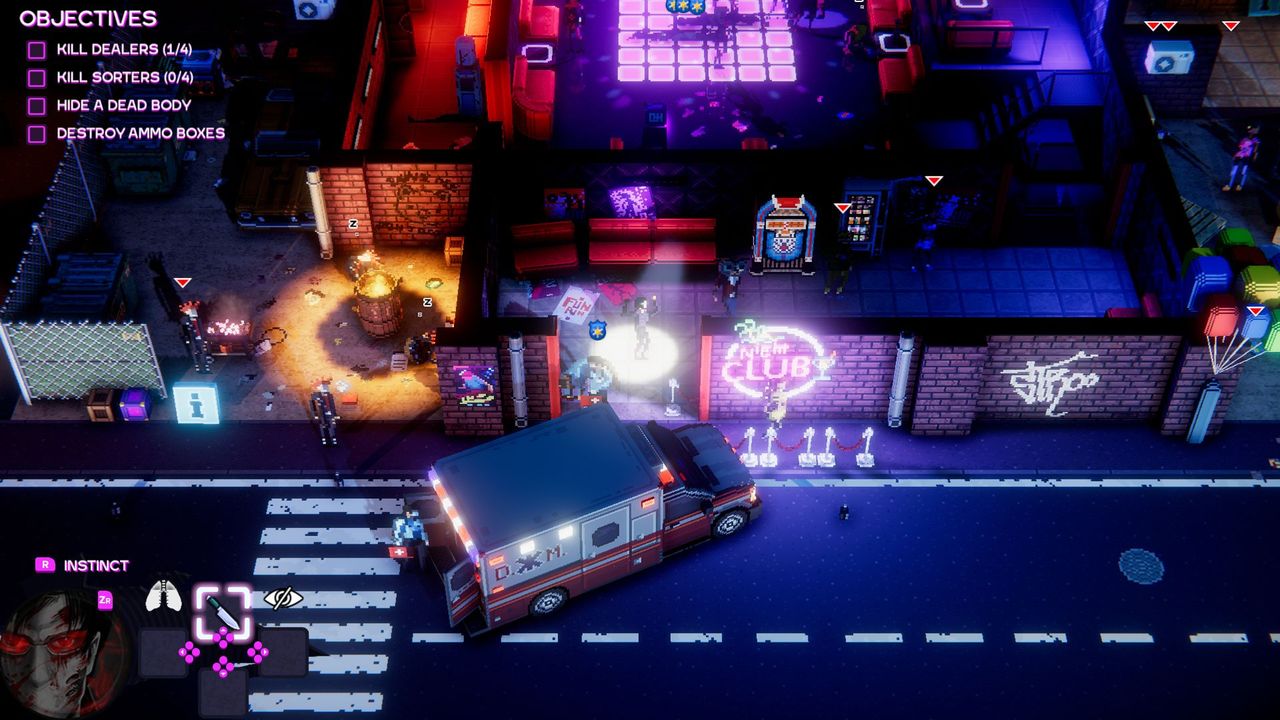 The flow of the game is you going from party to party to end them by killing the guests. To complete the level, you are given a list of tasks that must be done. They range from killing drug dealers, destroying certain parts of the stage, causing fights, and much more. Other ways to complete the task are to destroy things such as speakers, jukeboxes, ovens, and other things that vary from level to level. While doing so, you are trying to stay hidden from the party-goers; if they see you killing other partiers or blowing something up, they will call the police. If this happens, you can evade them by hiding in the shadows or taking shortcuts to other parts of the levels. Partygoers will also call the police if they see a dead body. To avoid this, you can also hide bodies in dumpsters and trash cans to avoid them being found.

To complete the tasks, you are equipped with just a knife. Other things—such as gasoline, alcohol, Molotov cocktails, grenades, and much more—can be found within the level. You also have the ability of instinct, which shows you where shortcuts, destructible items, and weapons may be hidden. Another ability shows a picture of the lungs next to a button command; hold the button long enough, and everyone within a small radius of you dies. 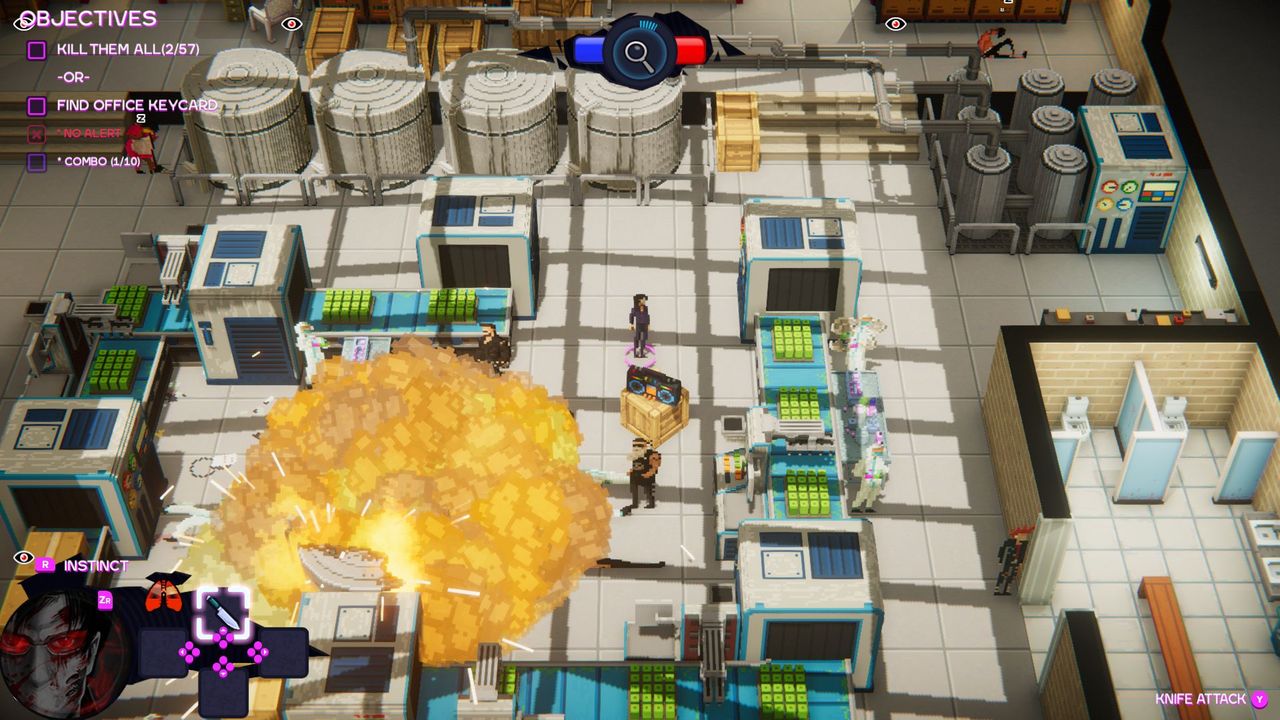 I noticed right from the beginning that there was no tutorial. The game doesn’t even explain how to use your abilities. Along with that, I found it kind of frustrating that the tasks all seemed to be very similar for each stage. The lack of variety caused the game to feel very repetitive and boring very quickly. The story didn’t add much, either. It still felt rather bland, and I honestly didn’t understand what was going on because somehow there were aliens involved. Even though each level is well designed and has a slightly different theme, I just couldn’t get into it.

Graphically, Party Hard 2 wasn’t anything exciting to look at. And the in-game dance music got old very quickly. Although you could change tracks by going to the DJ station and selecting the option, the songs still quickly became repetitive. 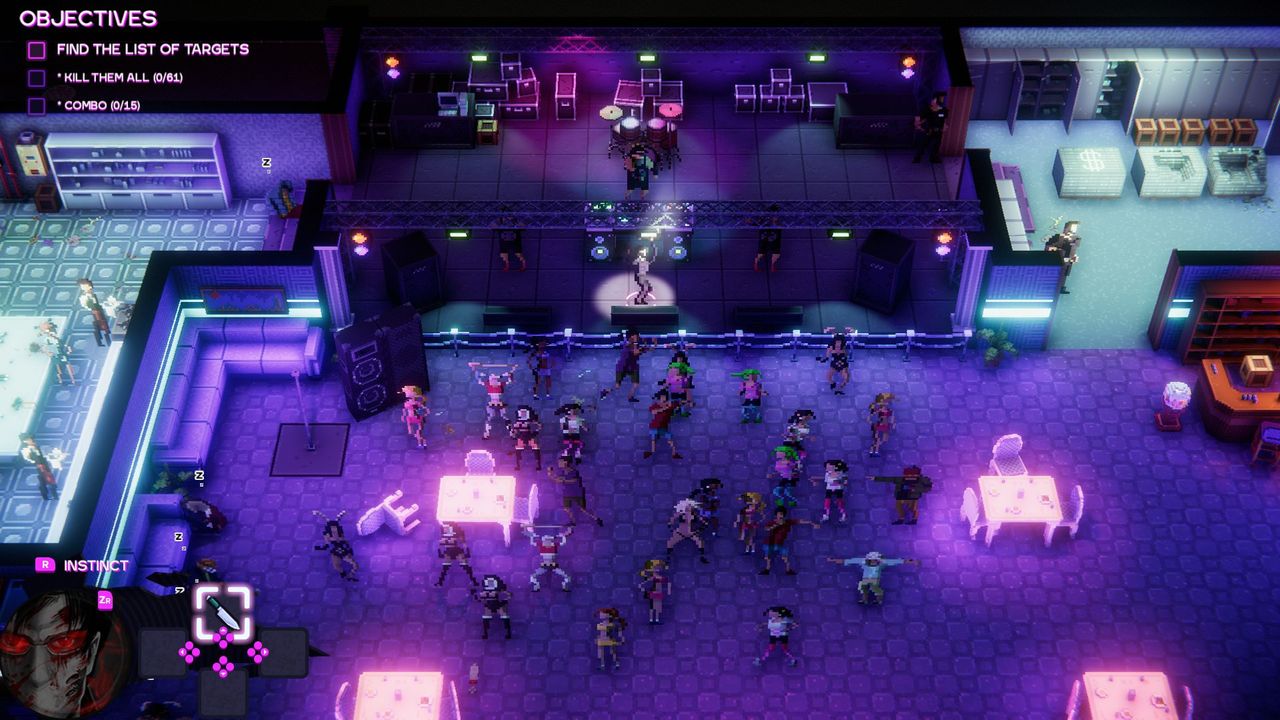 I found Party Hard 2 lacking in anything to keep me interested. There are only so many times and so many ways you can kill people to end a party. The whole idea and concept of the game just felt generic and contrived in an attempt to be edgy. I find it very hard to recommend. Party Hard 2 is anything but a party.

I found Party Hard 2 lacking in anything to keep me interested. There are only so many times and so many ways you can kill people to end a party. The whole idea and concept of the game just felt generic and contrived in an attempt to be edgy. I find it very hard to recommend. Party Hard 2 is anything but a party.