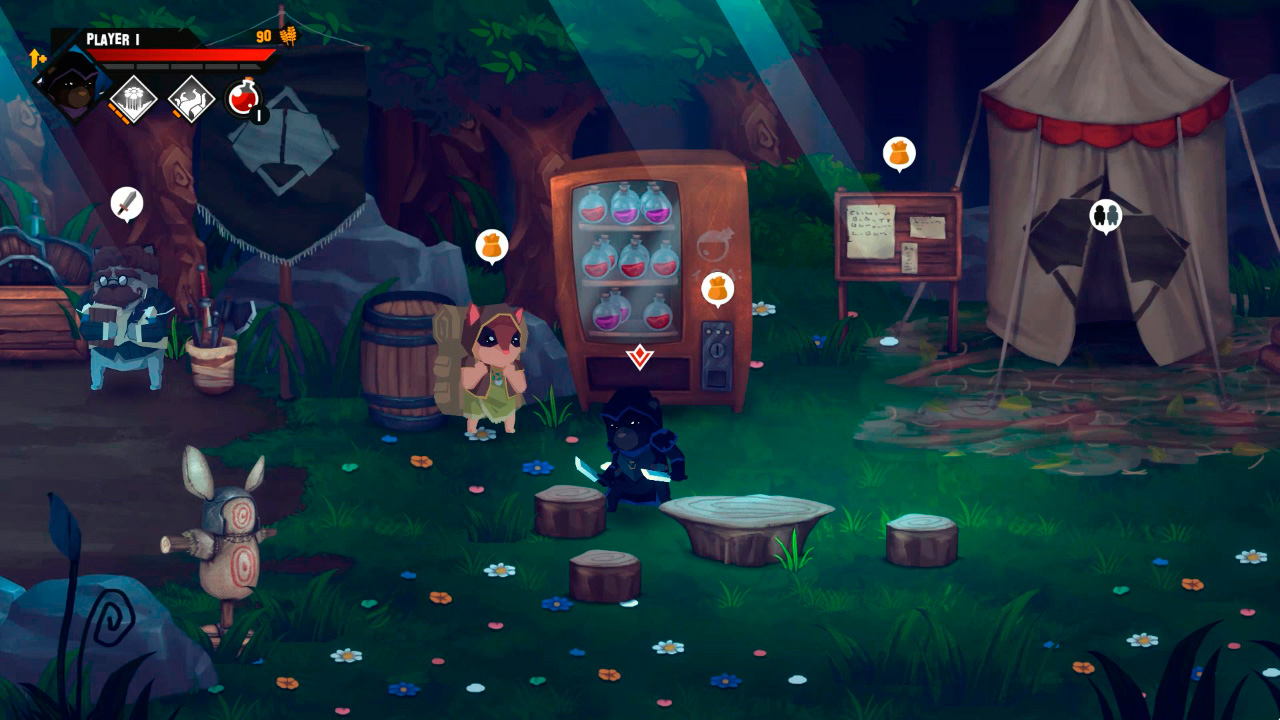 You are a warrior living in the once prosperous kingdom of Paw Paw Paw. When the King decrees that everyone in the land must wear pants, you are drawn out of retirement to join the rebellion against the new law.

The world consists of a generally traditional fantasy map. Crossing it to battle the tyrannical King, you’ll travel through forests, mountains, army camps, medieval inspired cities and moving steam trains. It is populated by cute but grizzled animals, some of whom are wearing pants. The design style is certainly fun, mashing up the imagery of violence and war with a range of adorable creatures and a silly backstory.

The gameplay takes the form of a side-scrolling beat-’em-up. You select your character from a number of options each of which has its own speciality fighting style and type of weapons it can use. 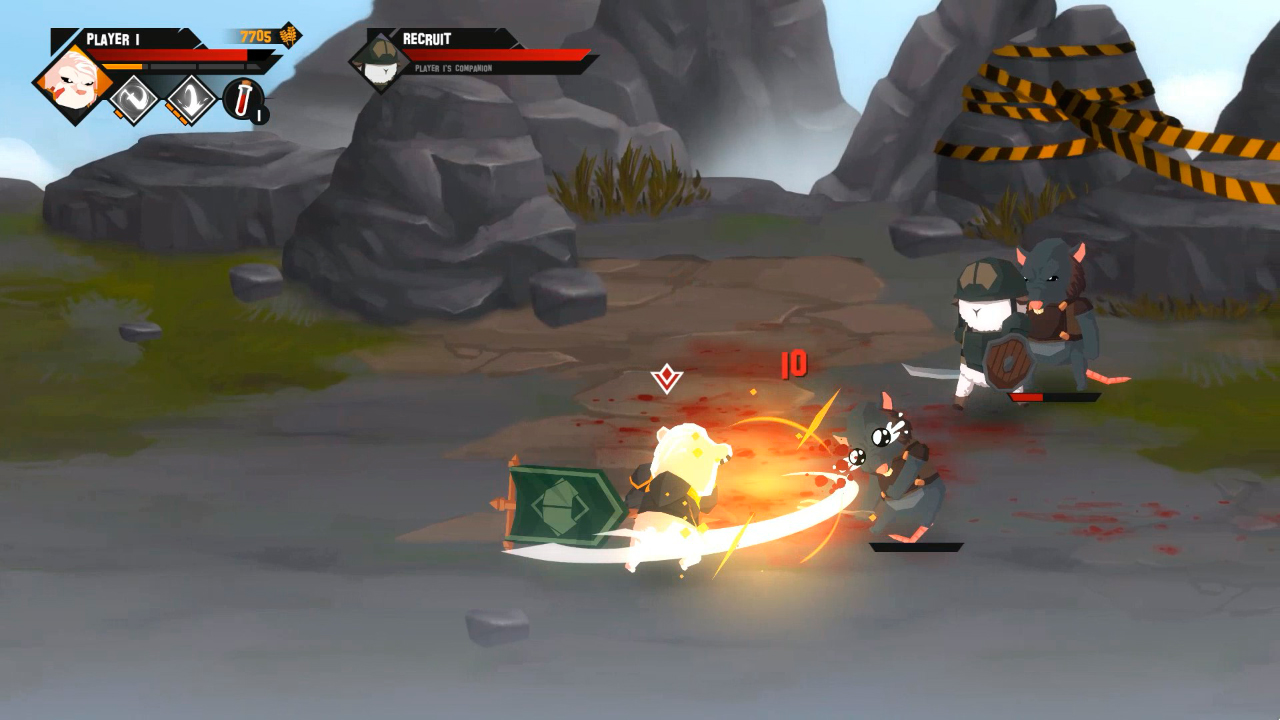 You battle your way through a map split into levels and can replay each one as many times as you like to get through. You gain experience that levels up your character with each attempt and find money and items along the way. You can always go back to camp to spend the money you find or use skill points you earn to boost your character’s abilities.

Camps also allow you to switch to a different character with other skills at any time and hire bot allies that will come on your mission with you. Co-op mode allows you to play on a team of up to four.

There isn’t a lot of strategy in the fighting. You can unlock combos as you level up, but it’s not impossible to button mash your way through the majority of it, as long as you remember to drink a health potion every now and again. This means that Paw Paw Paw runs the risk of getting a bit repetitive, but that isn’t unreasonable for a game of this genre and price. 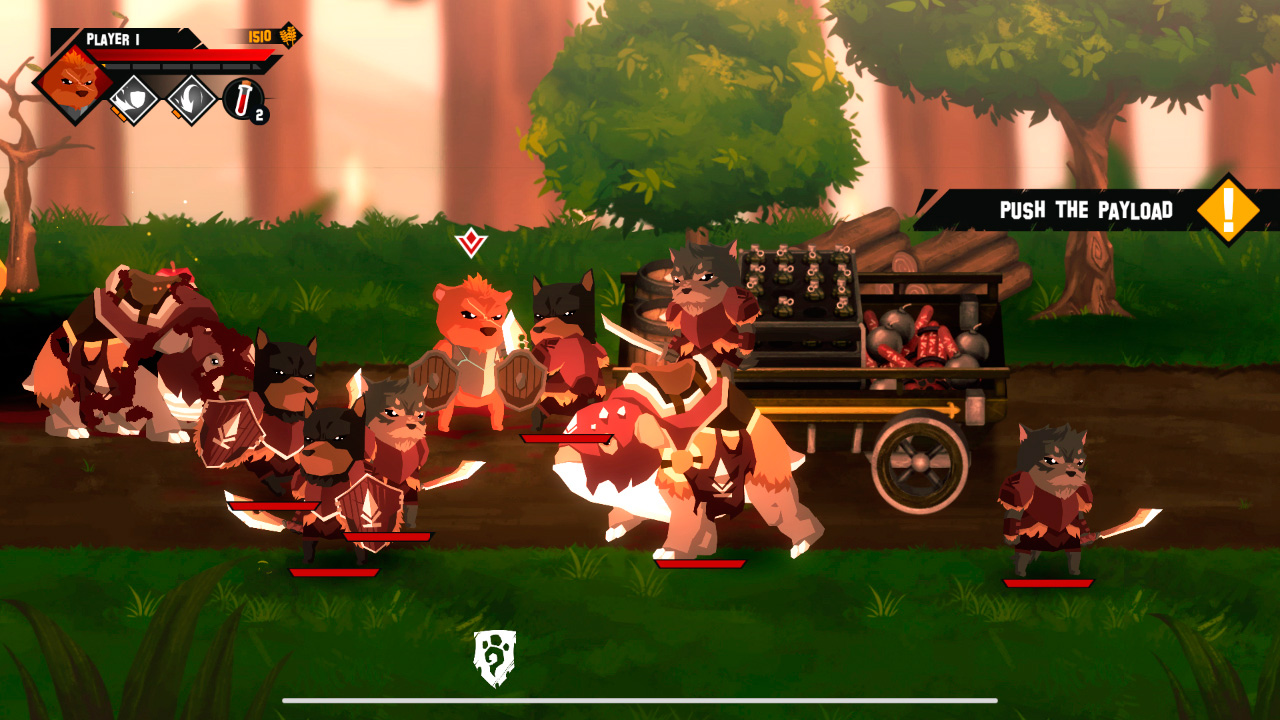 The action is generally enjoyable. The animation is fairly smooth and there is a dark type of humour in the way your defeated opponents’ heads go tumbling across the floor in a splatter of blood.

The plot doesn’t have a huge impact on your experience of the game. You could skip over the backstory right to the fighting and it wouldn’t change much. For a game centred on rebellion against tyranny, released at a time of global political unrest, it doesn’t explore a lot of nuance. It is never explained why mountain-dwelling cavemen who worship a multi-eyed baby-god live so close to avian postal workers and vermin archers. But the silliness and the unusual details scattered around the map make for a fun setting nonetheless.

Paw Paw Paw doesn’t have much complexity to it, but it has all the right components for a solid hack-n-slash RPG that you can get for less than $10.

Simple and silly, Paw Paw Paw is a fun little action RPG with a solid co-op offering and a fair variety of options to suit different play styles.