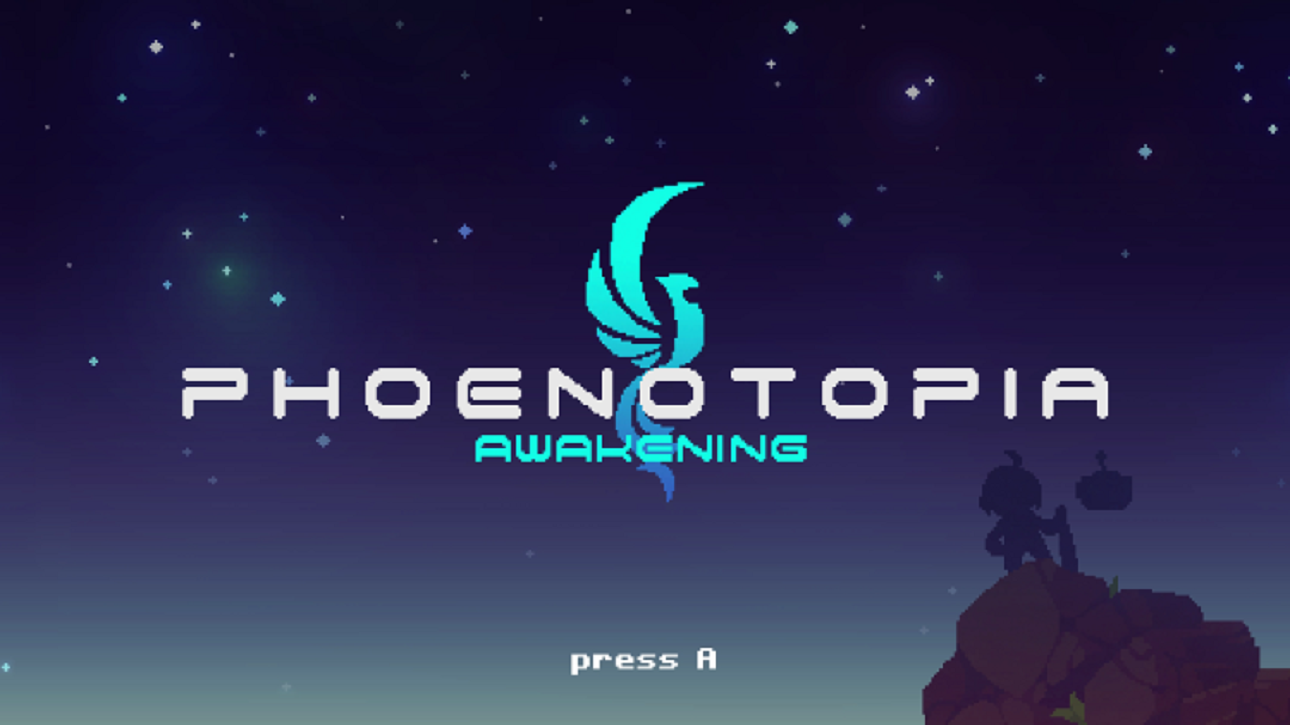 An adventure in the mold of Zelda II: The Adventure of Link, Phoenotopia: Awakening emulates what made the title work while jettisoning some of its missteps. Unfortunately, it introduces new missteps all its own, making it tough to give the broad recommendation I initially hoped.

A narrative-driven game, Phoenotopia is ripe for spoilers. I’ll crib from Nintendo’s game page – “Join Gail, a simple villager, who must heed the call for adventure when a great star ship appears in the night sky and abducts all the adults.” It’s less about lengthy monologues and more about quick dialogue. Many characters allow the story to advance in satisfying ways, even if it’s a little slow to get going.

Town traversal, overhead map exploration, and dungeon delving make up the gameplay’s triforce – sorry, couldn’t resist. The latter two can present some real challenge if you aren’t careful, and you’ll find yourself searching for some health or a spot to save. . Cooking can increase the potency of health items, but the quick time event setup can also lead to some disastrously burnt dishes. Accessibility options allow you to slow the cursor down. Also, change it so you can simply click to eat instantly from the menu. Having to equip first is silly, and the devs eventually recognized this by patching in the option.

Not helping matters, your starting bat isn’t exactly the biggest or strongest weapon out there. Combined with your low health, I started jumping past the surprisingly powerful enemies. I wish the combat were more satisfying. If I could impress one point upon the devs, it’s that “Punishing” is no guarantee that the challenge is rewarding. Especially if not handled gradually. I’d suggest it’s a misplaced priority for a small indie team and results in a terrible amount of grinding for needed coins to get required upgrades. Heck, you even need to purchase extra inventory spaces!

Patched accessibility options fix some, but not all of these, and they really should have been the default, to make the game more streamlined and polished. For instance, you can disable the stamina drain, but for regular attacks only. This initial misguided choice feels shoehorned in, adding nothing positive to the experience. But I do give credit to the devs for acknowledging that the original implementation missed the mark.

Are bosses better than the regular enemies? Not remarkably so. One such fight has zero recovery time meaning one hit equals three or four that are unavoidable. That’s bad design. That’s not to say it’s all fighting, as puzzles abound. Some feel needlessly long and involved, but they’re often preferable to combat. Just be sure to use every save point, as some of the gaps between these seem much more random than thoughtful.

Besides the grinding, there’s no map. That’s fundamental for a big game like this in 2020. It’s a head-scratching omission. What benefit does it bring? On the contrary, it feels like a waste of my time. That’s my main issue. Phoenotopia: Awakening is long, but much of it is excessive grinding to pad the game. While I kept waiting for that feeling to dissipate, it’s clear that what I’ve seen is what I get. I can’t shake the sense that it does not respect my time.

All this said, there’s a ton in this game that I do admire. So much so, my wife and I have sunk over 40 hours playing, and not just for an informed review. The game has enjoyable writing, plenty of variety, and secrets to find. The characters are charming – can you believe this is a game with genuinely compelling NPCs? They make the world feel alive.

Another asset is Phoentopia: Awakening’s aesthetics. This game presents an excellent audio/visual package. The music varies from relaxing to determined depending on what’s happening, but satisfyingly ties together the adventure. It hits sci-fi notes without being lopsided. Several of the tracks are standouts, worth more than one stop just to listen. In many ways, it’s classic video game music in the best possible way.

Visually, you wish The Adventure of Link looked this good. Phoenotopia: Awakening is pixel art done right. Its layered backgrounds put most games to shame! The different camera zooms, colors, level of detail, and more are all sizable assets. Stills don’t do justice to how far the little animations make this world feel alive.

Phoenotopia: Awakening has a highly inviting look, but the gameplay can’t match the tone. Some ill-fitting decisions work against it, and the emphasis isn’t always where it should be. It’s still an ambitious, impressive indie adventure that demonstrates real passion, but one reflecting growing pains. Enough so that I don’t imagine wanting to revisit it anytime soon (if at all) without updates. But it still did enough to make me invest quite a bit of time, frustrations and all. The thought of a balanced sequel is exciting.

Phoenotopia: Awakening has a highly inviting look, but the gameplay can’t match the tone. Some ill-fitting decisions work against it, and the emphasis isn’t always where it should be. It’s still an ambitious, impressive indie adventure that demonstrates real passion, but one reflecting growing pains.