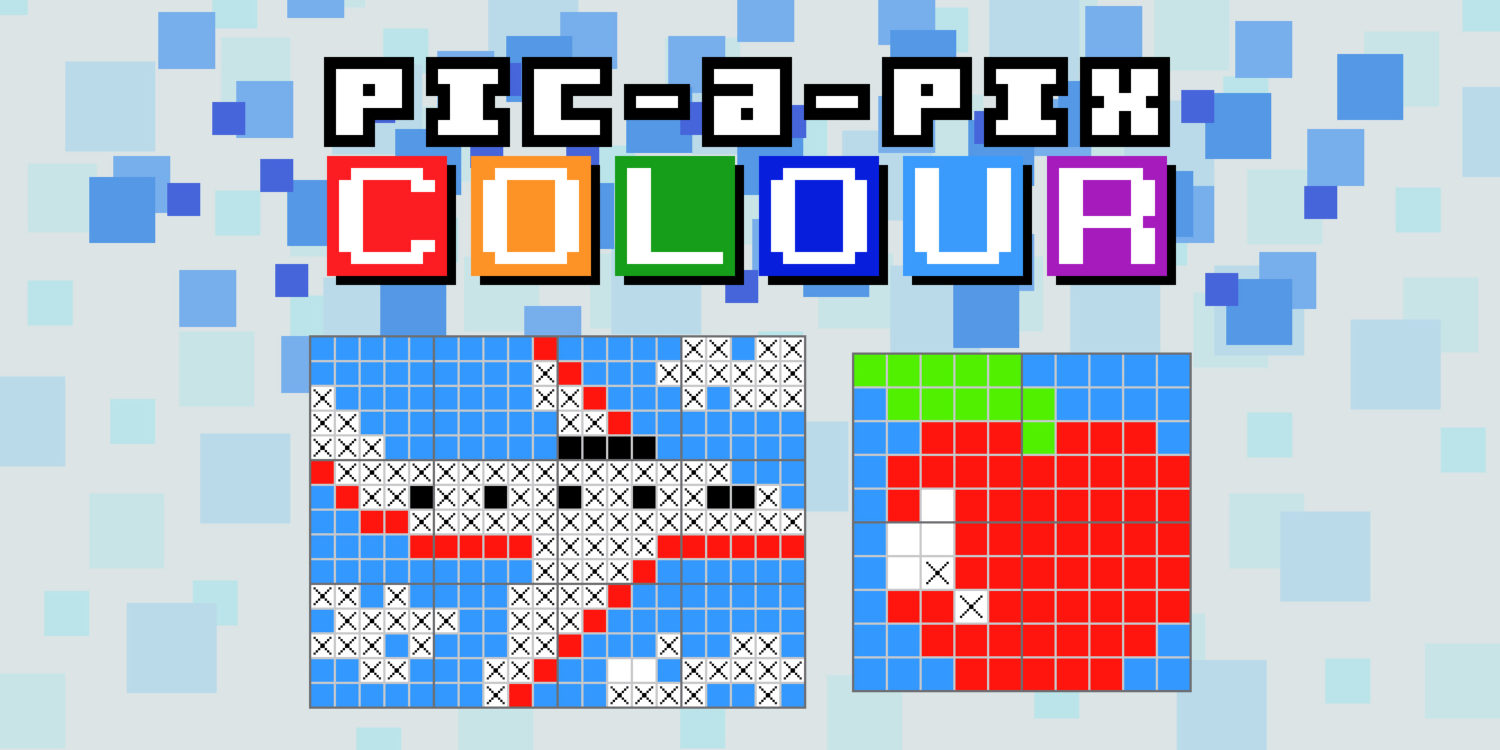 Pic-a-pix is a Picross game with a twist. For anyone unfamiliar, Picross are logic puzzles in which you use number clues to choose which squares within a grid should be filled in or not. Solving these clues reveals a cute pixel-art picture. It’s a simple yet addictive concept that’s done well in other titles, like the Picross e series. So what sets Pic-a-pix apart?

The most important reason why Picross fans should consider Pic-a-pix is the addition of color. Instead of only choosing which blocks to fill within a grid, here you’ll also have to determine what color those blocks should be. This adds a completely new level of depth to the game. For example, different colors that run next to each other don’t need a space between them, whereas same colors do. This makes these puzzles more difficult to solve that the usual Picross titles. 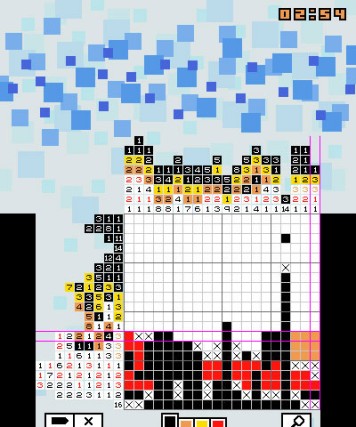 Thankfully, Pic-a-pix comes packed with a very thorough tutorial, accessible via a separate menu item from the main screen. Additionally, there are no penalties for making mistakes, so you can change your mind as much as you like. This also means the timer is accurate – and that I officially took 68 minutes to solve the final 20×20 puzzle. You can save your progress and return to finish puzzles later, and there’s a handy checker tool that finds and fixes mistakes. It feels a little like cheating, but given the difficulty of later puzzles, it’s a welcome relief. Using the tool does mean you won’t be able to score a perfect completion rate – you’ll see a medal on puzzles completed without using the tool. But it’s also extremely handy, and I love that my times are accurate.

Another tick in the plus column: Pic-a-pix has a LOT of puzzles. There are 150 to start with, plus DLC for those looking for more content. And those DLC packs? They each contain 30-45 extra puzzles for a few measly dollars. The puzzles vary in size, from grids made of 5×5 squares all the way up to 20×20 grids, with 10×10 and 15×15 along the way. 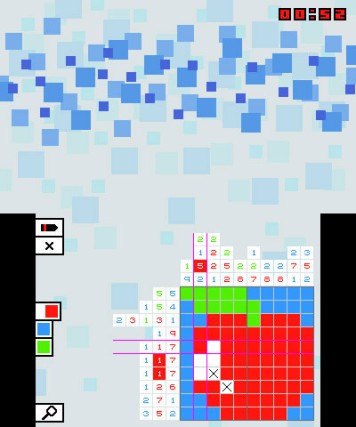 There are two ways to play, with the stylus or with the buttons. The buttons work well and are intuitive, but there is a lack of an X marker in this mode – I find it difficult to work without being able to mark negative spaces. To be fair, Picross e titles lack this same feature. The stylus works as well as you would expect, and the game seems made for a touch screen. My only complaint here is that on the larger puzzles, when the color picker is located below the puzzle, it can be difficult to select the right color, like the touch input is slightly off.

A zoom option would be nice for those larger puzzles (though, once again, Picross e titles lack this feature). The top screen isn’t used at all which seems a little wasteful but doesn’t necessarily detract from the game.

One issue I do have is with the marker that highlights your current square, which is way too subtle. It uses a thin, pink border to outline the row/column of your position but is just not at all obvious. I often lost track of where I was on those larger puzzles and it makes it hard to see which clues are for which columns. I can’t help but compare this design flaw with the superior marker used in Picross e titles.

In this way, the game’s design is very simple, which works both for and against it. For example, the retro music is cute and matches the simple, old-school design style of the menu and game. But that simplicity also detracts from the interface in some ways, with sometimes dull colors chosen for puzzles. The game could benefit from a general lift in presentation. 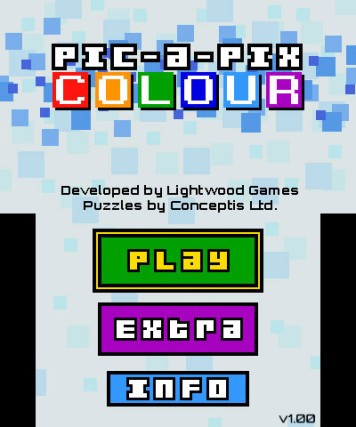 Overall, Pic-a-pix is a very satisfying Picross-style game, with plenty of content to keep fans busy for many, many hours. With the addition of colors comes a new complexity to breathe life into the genre – it’s definitely more challenging. Despite some design complaints, at $5.00 Pic-a-pix is a bargain for Picross fans hunting for something new to try. There’s even a cross-buy promotion so that purchasing on your 3DS means a free download for your Wii U, or vice versa.

A fun and challenging Picross game, with plenty of puzzles and even more with DLC. Some presentation elements could be spruced, but overall it’s worthy of any Picross fan’s collection.