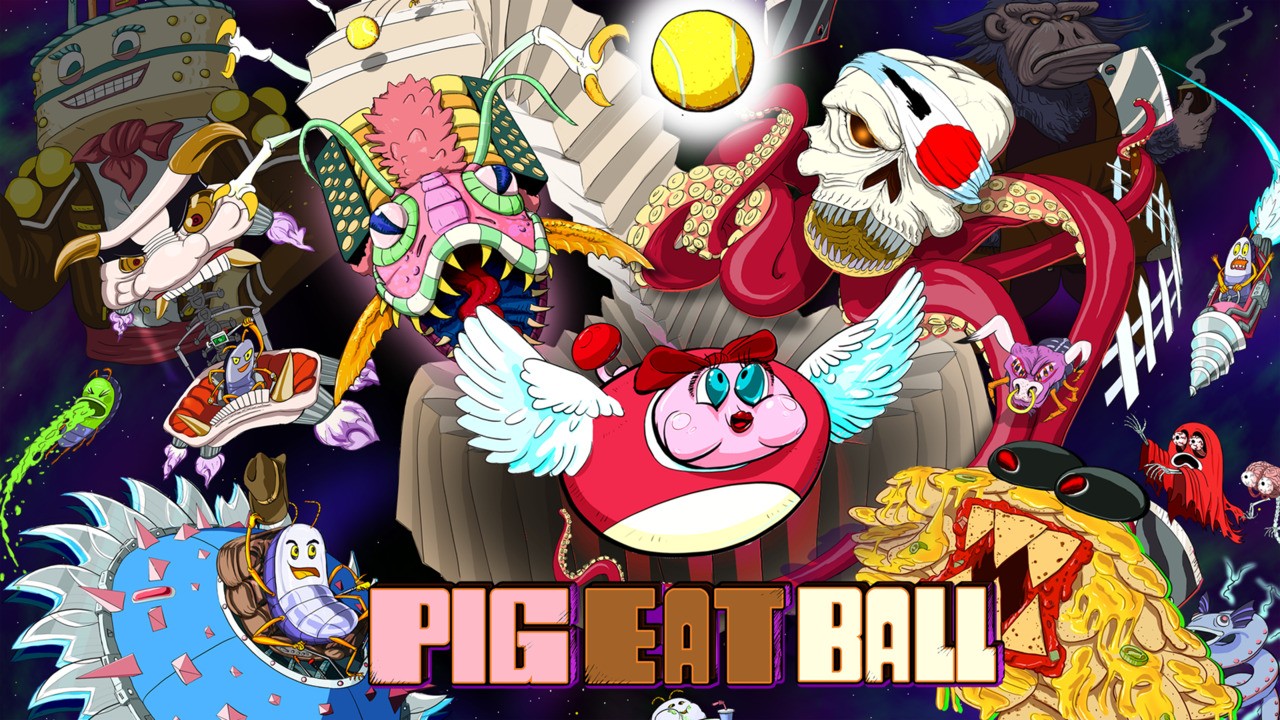 Puzzle games are a genre I can always enjoy because of the amount of cognitive power it takes to decipher some perplexing areas. When I began playing Pig Eat Ball I was intrigued by the way it handled its puzzles but became bored with performing the same tasks repeatedly. Despite this, I did find myself having fun with the absurd story and graphics.

Pig Eat Ball follows the story of a pig named Princess Bow, whose father King Cake has made a decree that whoever can win a series of games may wed his daughter. This sets the game in motion with Bow deciding to enter the games herself, using a disguise, in order to prevent being married off. Throughout her time participating in these games, she is powering up a space station that begins to uncover a plot that could end the lives of everyone on the space station. I found this simple plot to be a great way to frame the events going on around the mechanics and is even used as a clever way to make Bow’s various aliases power-up. 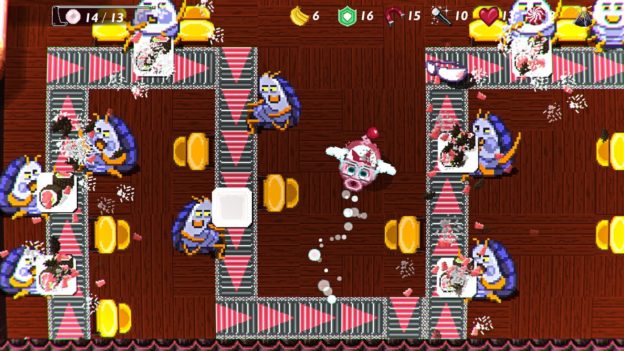 Mechanically this game is good but can get boring if playing in longer sessions. Princess Bow has three main moves she can perform while traversing the space stations. She is able to eat balls, barf balls out, and suck in enemies and spit them out. One caveat to eating balls I enjoyed was that Bow will grow the more you eat, which not only makes you a larger target but also makes traversal difficult and could get her stuck in small corridors. You will need to know when to use all three of these mechanics in order to finish levels as efficiently as possible because each stage is ranked by bronze, silver, and gold.

Despite the mechanics being used in creative ways, the types of challenges our protagonist comes across can be broken down into a couple of categories that consist of time trial, limited health, gather more balls than the enemies, and boss battles. While I found some of these puzzles tricky, I got bored having to do this gameplay loop on repeat. The only time I found myself challenged is when I was in a boss battle. There was some thought in how to take down these massive foes and required you to use items specific to the part of the space station that you’ve been going through. 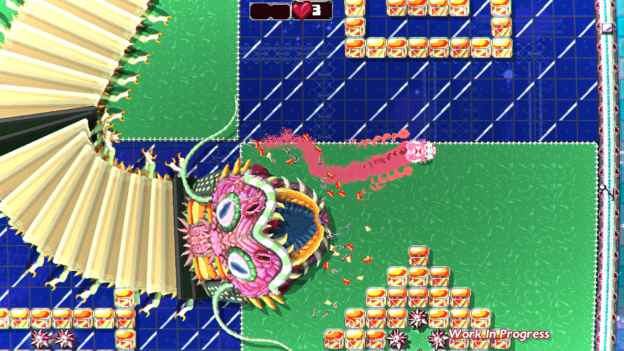 Graphically, this game is a lot of fun to look at and take in the scenery. Character designs are unique and there are a variety of strange bugs, bosses, and men with cake for heads. Along with this, there are worlds ranging from giant sushi restaurants to tennis courts and they look amazing. Mix these designs with a 16-bit aesthetic, and it looks like a delightful throwback of a game.

Despite being boring at times, I did find myself having some fun with Pig Eat Ball, especially when in a boss fight. I also found myself enjoying the simple premise and character design. If you’re someone who enjoys puzzles and absurdity, I would recommend giving this game a shot.

While boring at times, Pig Eat Ball is a fun puzzle game that manages to bring the players in with its basic mechanics and interesting world and characters.