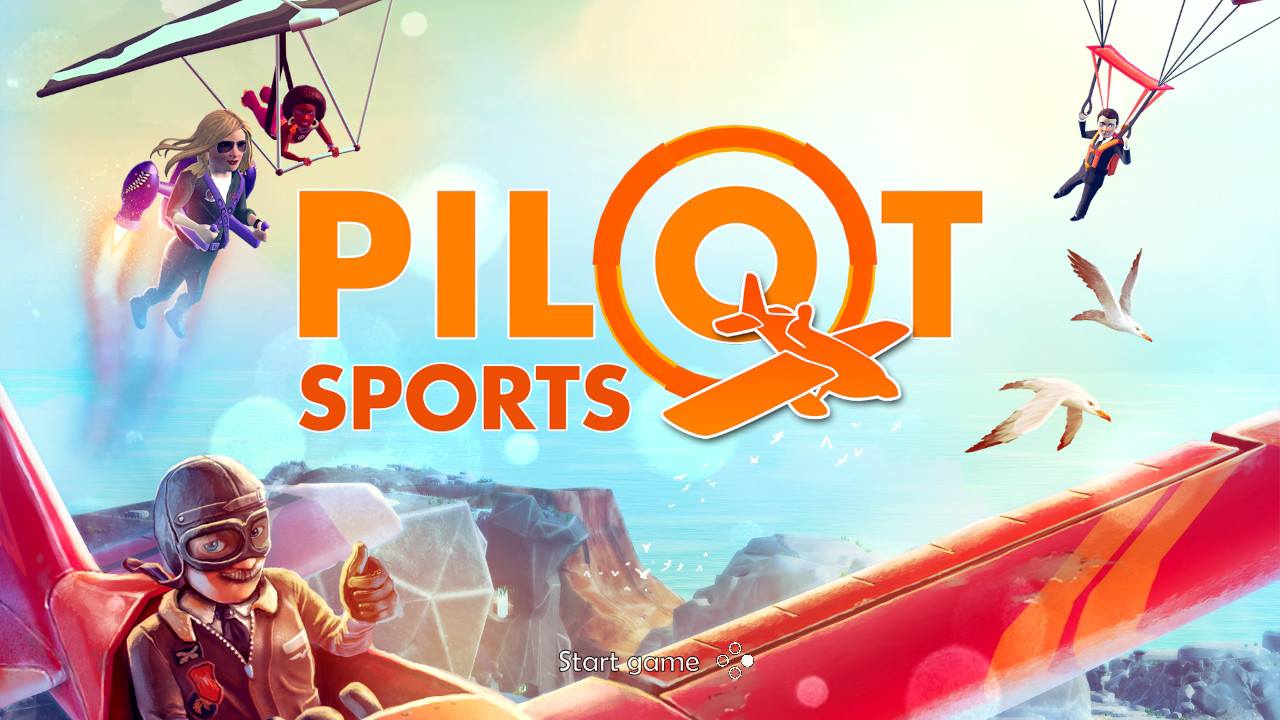 Pilot Sports is an arcade and sports game with various courses for different aircraft such as an airplane, hang glider, and jet pack. The courses are part of an exotic island, where you can explore and beat certain challenges within a certain time-frame. 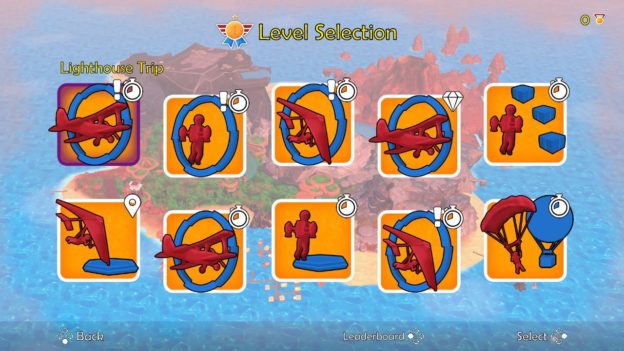 The game starts you off on the character selection screen with a handful of diverse characters to choose from. However, the characters aren’t really seen that much as they’re in their aircraft and their back is to the camera.

Once you choose a character you can choose which level to start on. The stages go in order once you complete a level, but there’s no set beginning or end. You can jump around as you wish, which I like. There’s no need to complete each level either as you’re able to move onto the next one, even if you’ve failed the previous. I personally loved this because most of the levels were pretty difficult. 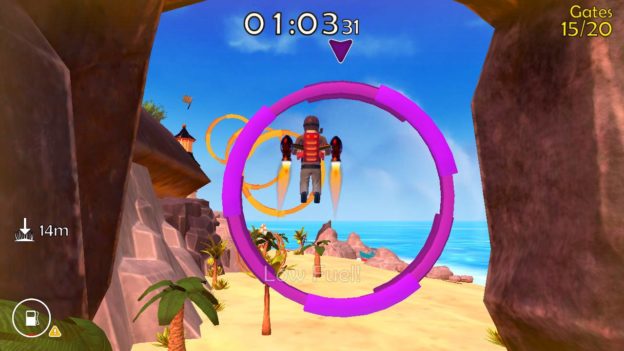 There are ten levels to choose from at the start. In order to unlock any other levels you need to collect a certain amount of medals. Medals are collected by beating the levels – one medal, three medals, or five medals respectively depending on how well you did on the level. Unfortunately, I wasn’t able to move past these first ten levels as I didn’t get a single medal.

As easy as that sounds, the controls are less than smooth on screen. Turning the analog stick slightly to the left will cause your character to go all the way to the left, thus losing control. I never felt in control during any of the levels. The easiest was the jetpack, but I always ran out of fuel before I was able to reach the end of the level. As far as I could tell, there was no way to gain fuel during the level either.

Some levels need to be beaten within a certain amount of time and others are timed to see how fast you can beat it. Most of the levels involve rings you need to fly through to get points and maybe some extra time. Other levels include going from platform to platform throughout the area. After a while, these challenges get kind of monotonous since there are only seven different types of challenges over 50 different courses. 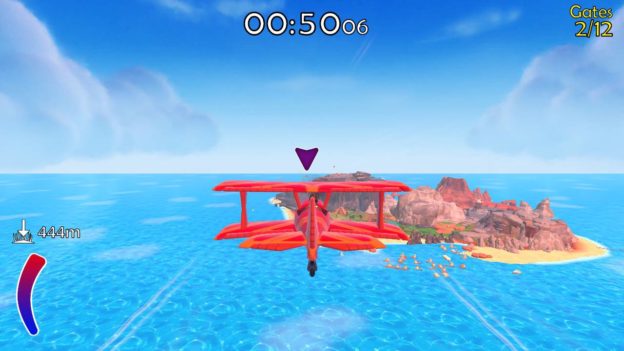 The graphics, however, were beautiful. While it was hard to focus on the background while aiming for rings to fly through, the overall atmosphere of each level was great. The colors were vivid and really brought out the island and zeroed in on the overall setting of the game. The music was catchy and captured the vibes of an exotic island. I found myself listening to the music and enjoying myself with that over actually playing the game.

Overall, Pilot Sports caused more frustration than fun. The graphics, music, and levels were well done. However, the controls were too sensitive to make it further in the game and there wasn’t much variety in the challenges.

Pilot Sports has pretty, vivid graphics with catchy, exotic music. However, the challenges become monotonous and the controls are too sensitive.