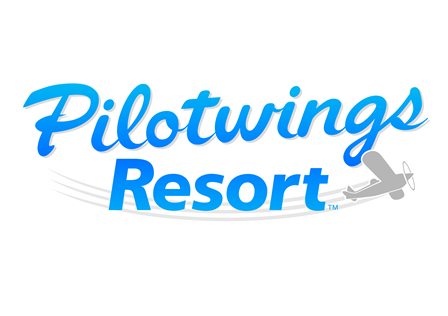 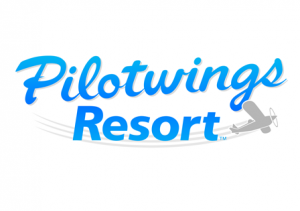 A Pilotwings game has been long over due.  Nintendo gave fans a small glimpse in Wii Sports Resort.  Now with Pilotwings Resort, they finally give fans what they have been wanting for years. Pilotwings consists of flying three different vehicle types around Wuhu Island.  The island is the exact same island as in Wii Sports Resort. Unfortunately there are no surprises or hidden island or locations in the game. 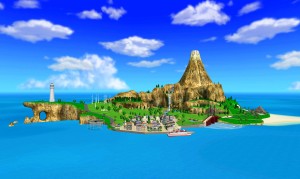 There are three different vehicle types with each type having an alternative version. The plane, rocket belt, and hang glider all bring welcome variety to this stale island.

There are two different modes in the game missions and free flight.  In mission mode the player completes task and are rewarded stars depending on performance.  Receive a certain number of stars and unlock the next set of missions. Missions range from target shooting, ring flying, escorting aliens, to taking photos.  There is a decent variety and with the different vehicles  keeping things interesting.  While some players may quickly dismiss the mission mode there is a decent amount offered and hours of quality game time. 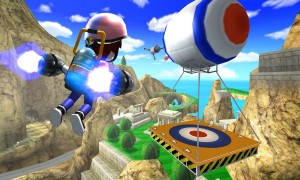 In Free Flight mode the players have the whole island to explore, but there is a time limit. So in reality this is not free flight. Within this mode there are tons of things to collect and a small number of things to unlock.   For instance, collecting all the white balloons, finding locations, collecting mii statues, flying through gates, gliding through gold rings, and more. A lot of time can be spent finding these items and explore the island.  But it’s the same island as Wii Sports Resort, so if gamers mastered the island in that game, they may breeze through this free flight mode.

The controls are simple and can easily be picked up by just about anyone. The graphics are impressive with detail one may not expect. The island looks beautiful almost identical to the Wii Sports Resort version. The 3D effect is also impressive but I found myself having to turn the 3d effect down on this game. This is a great game to showcase the power of the Nintendo 3DS.

Pilotwings Resort is a fun game with a variety of content that keep players interested despite feeling like they have done it all before. A must buy for any Pilotwings fan.