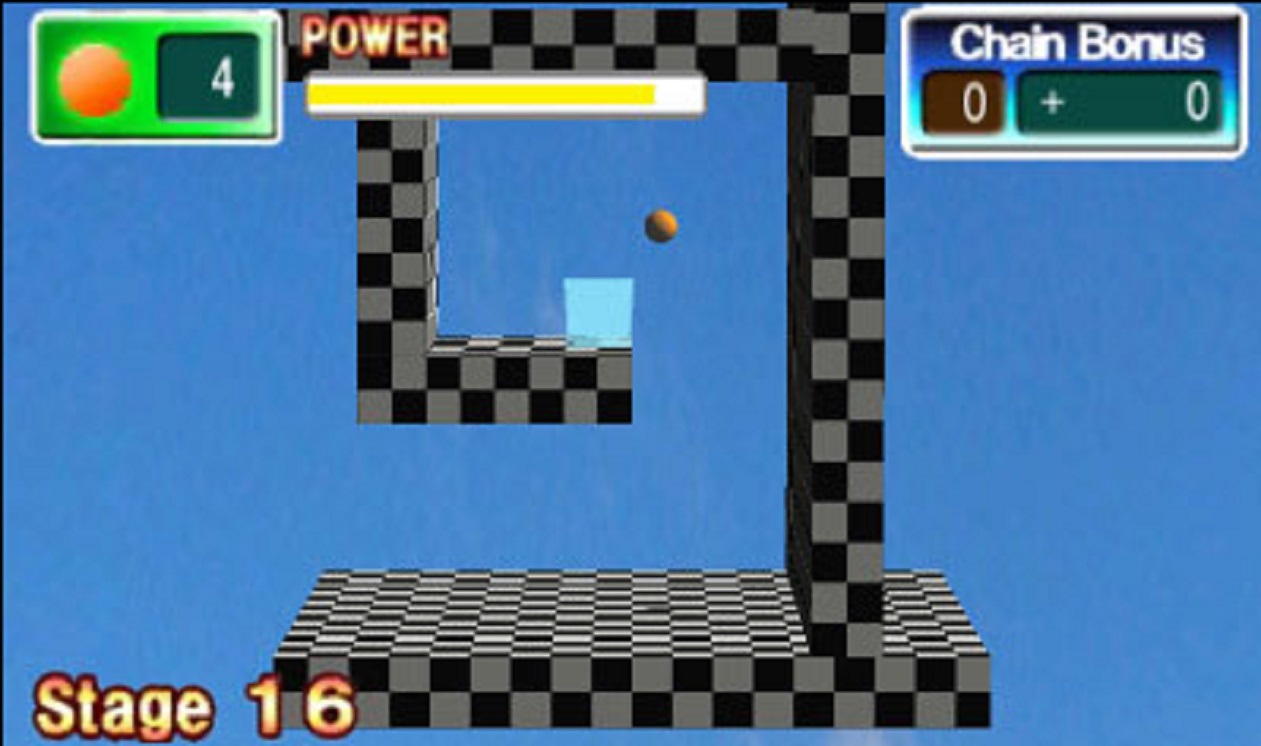 While certainly not a bad little title, Ping Pong Trick Shot suffers from being based on a theme that ultimately proves a bit dull in video game form. Thankfully the variety of modes, obstacles, and the budget price, elevate it from subpar territory.

With four variations on tossing a ball into a cup, your initial interest should be held. In score attack you’re give twenty ping pong balls to work with, and your high score is saved for replay incentive. Mission ups the ante to thirty balls, but with a randomness thrown in to increase the challenge. You won’t know what stage you’re presented with, nor the restrictions on number of bounces.

The final two modes are Challenge and Time Attack. The former gives you a clear bonus starting at 1000 points, which is reduced each time you miss. No high score is recorded for this mode. The latter is the least noteworthy, though the one minute durations probably make it the most ideal for quick play sessions.

Control is carried out with either the circle pad (my preference) or the stylus. I appreciate the choices. One concern however is that once you find the correct angle, it’s easy to hold it in place; some sort of reset option might have helped. Visually this title doesn’t really impress, but the basic design doesn’t detract from the type of gameplay presented. Beyond that there’s not much more to say. The accompanying music is fine, if not particularly memorable. The aesthetics fit the budget price.

Obstacles spice up the gameplay. Moving walls, warps, and more, inject some welcomed variety into Ping Pong Trick Shot, and are probably my favorite inclusions. You can easily adjust the camera on the touchscreen to find the proper bounce angle. These touches, at least for a while, help to maintain interest that might otherwise wane.

Ping Pong Trick Shot packs a fair amount of content for a small release, and at an even fairer price ($1.99). Though I still question the range of appeal this theme has in video game form, the design choices do save it. If you’re looking to pass some time on your 3DS, there’s certainly worse ways to spend $1.99.