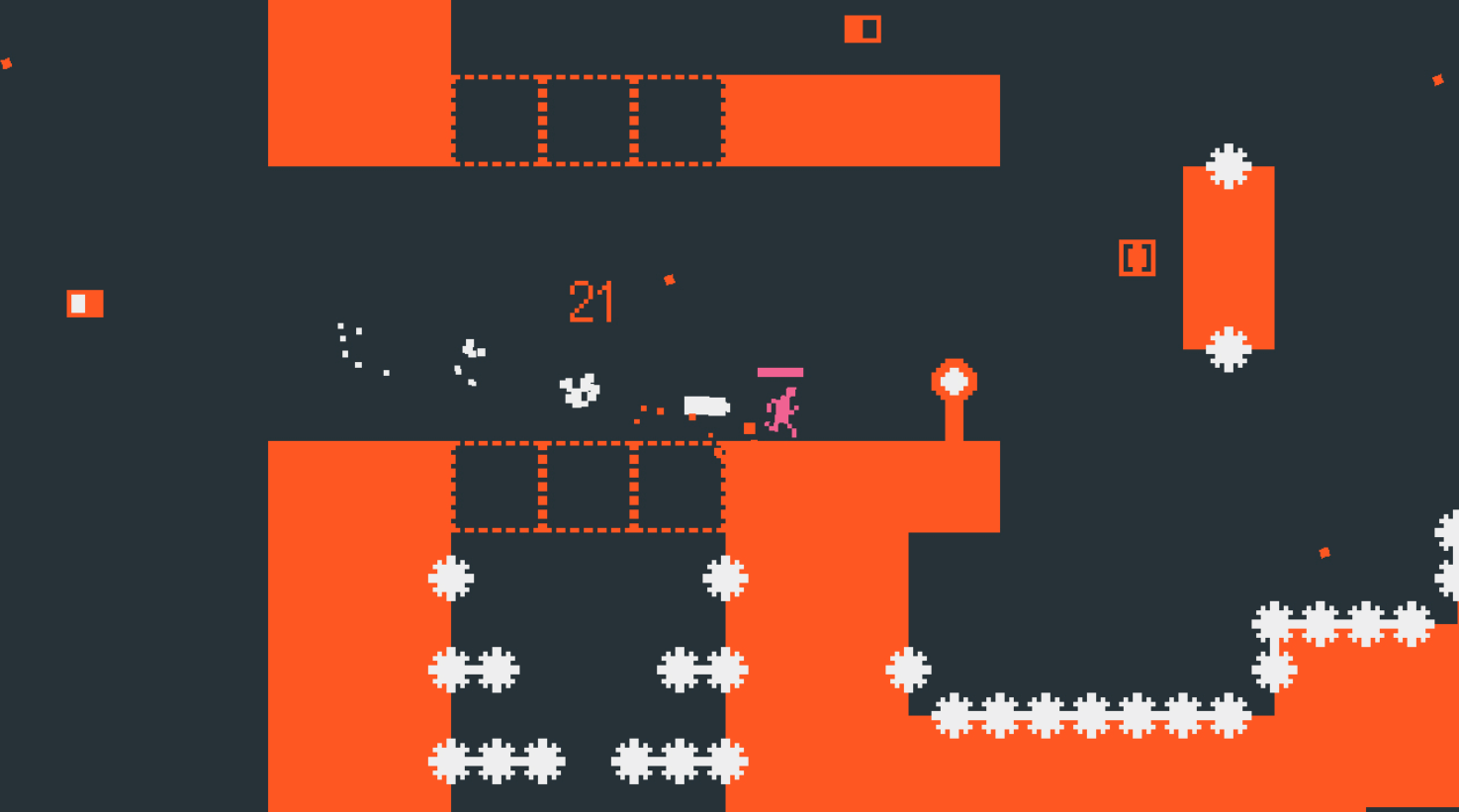 Pinkman+ is an action platformer with minimalism at its core. It is fast-paced, with simple mechanics and familiar traps that combine to make for an addictive little game.

You play as a pink stick figure man who has to cross each platform, avoiding any deadly obstacles in his path. The levels begin very simply. You start off just having to run across a platform into the exit door at the far end. As you progress, you learn to jump, fly and use your new skills to avoid increasingly aggressive traps. At first you’ll mainly have to worry about spikes you can jump over. Later on, you’ll need to figure out how to avoid rapid fire bullets and missiles that seek you out as you run.

Pinkman+ introduces these new elements very quickly. As well as your character’s immediate speed, the sense of progression adds to the fast pace of the game. There are no cutscenes or even loading screens between levels. You reach the end door and are immediately transported to the next platform. This creates an overall sensation of movement that really suits the game as a whole. 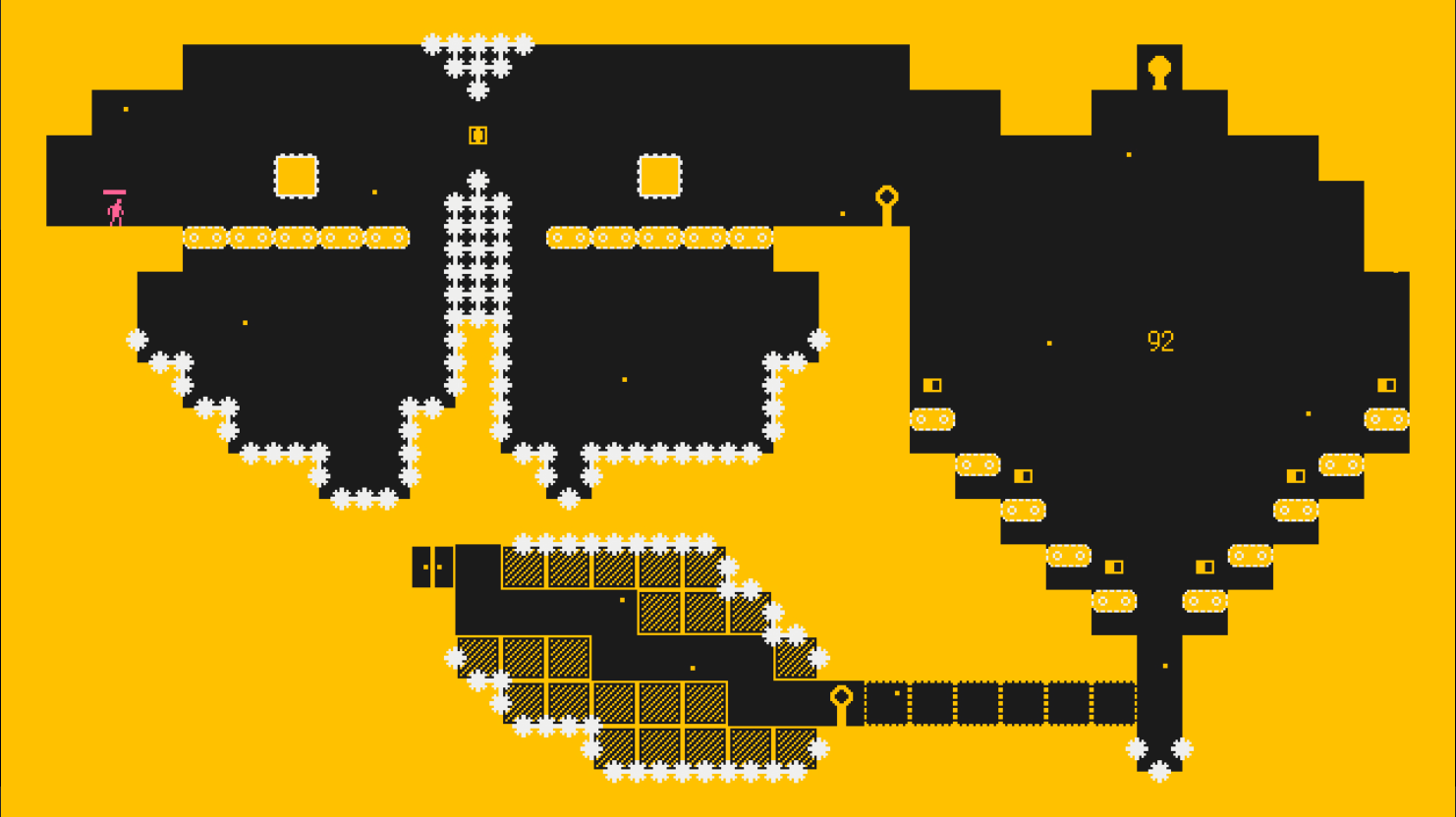 It’s challenging enough that you’ll need to think about how you’ll approach each level. Sometimes, though, you don’t have a lot of time before a missile seeks you out and you explode in a surprisingly brutal explosion of pixels. Once you’ve got the hang of Pinkman+, it’s never so difficult that you’ll get stuck and interrupt the swift flow of the game. This makes it possible to power through all 100 levels in the space of an afternoon, but it’s hardly an expensive game, so that’s not unusual.

The design, though simple, really works. The colour palette switches between complementary pairs with each new attempt at a platform. As well as providing bold, bright visuals that hold your attention well, this also eases the sense of monotony you often get with such repetitive games. 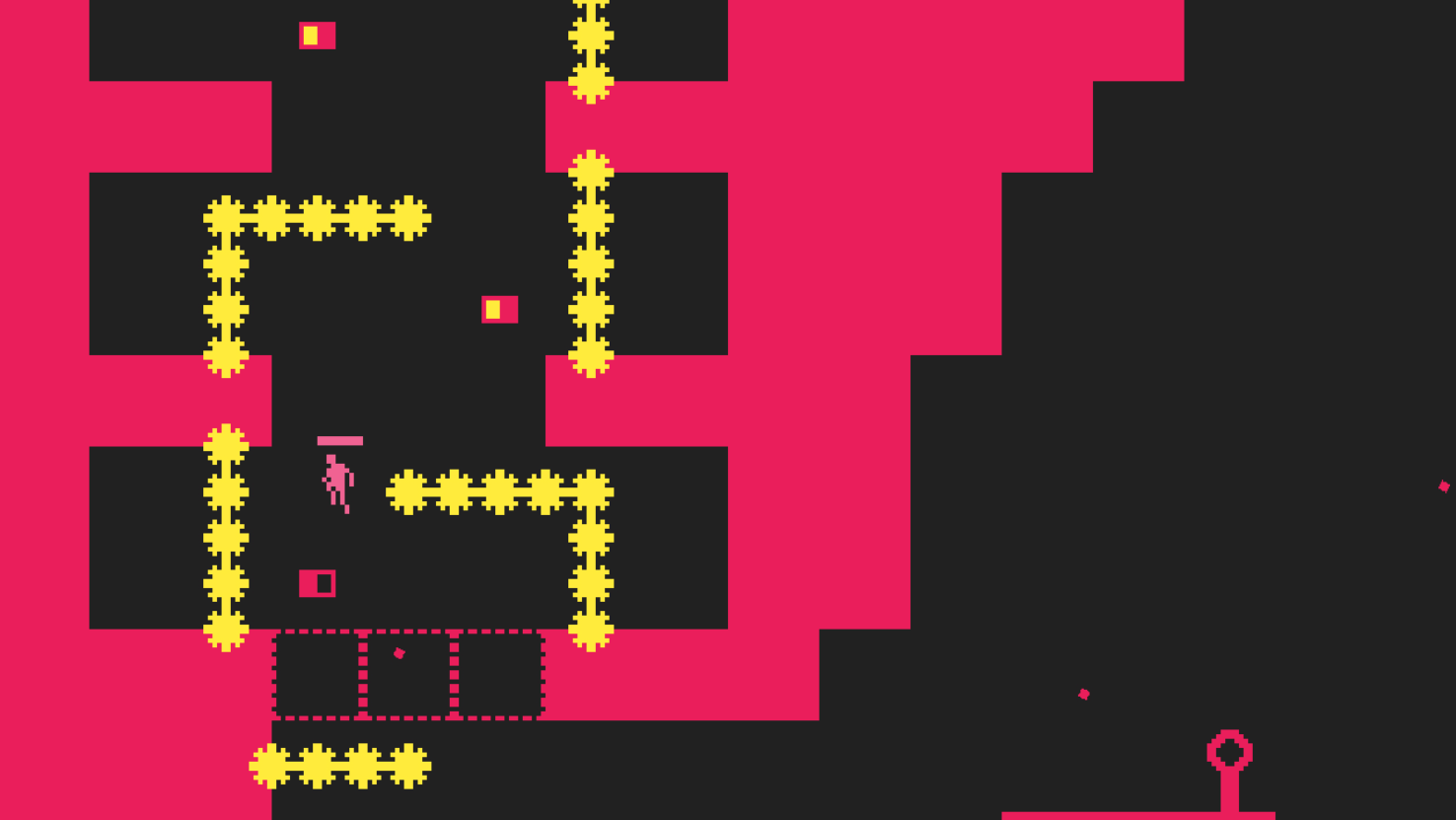 The platforms you traverse aren’t the most imaginative or original you’ll ever come across. The portals you teleport through add something of a puzzle element, which is certainly fun. As you near the final levels, some of the designs can start to feel somewhat familiar, especially if you’re experienced in the platformer genre.

Pinkman+ is still a lot of fun to play and with platformers that come at this low price, that sort of thing is only to be expected. It definitely has enough about it that is unique to make it worth the time and money.

Pinkman+ strips back the action platformer to its core components in a way that makes for a fast-paced, boldly-coloured game that is enhanced by its simplicity.