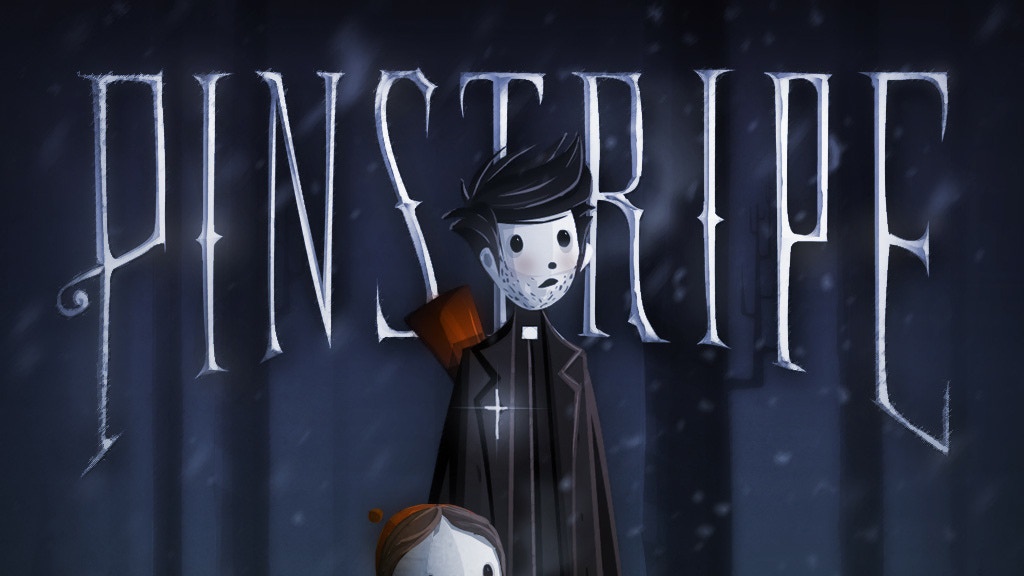 New to the eShop this month is a very creepy platformer called Pinstripe. Developed by Atmos Games and released on October 25th, Pinstripe takes you deep into the pits of Hell where you’ll follow the story of Ex-minister Teddy and his young daughter Bo… poor little Bo. Almost as soon as the game begins Teddy’s daughter is abducted by an eerie character named Pinstripe. In order to save her, you must travel to Hell and back, literally.

Pinstripe is an emotional story set in a dark, gloomy environment and if you’ve ever cared about someone as much as Ted cares about Bo, then you can relate to his urgency to save her from this demonic force. Travel between 6 lairs of Hell, filled with hideous beasts, tricky puzzles and memorable characters. Speaking of characters, Pinstripe features a cast of professional voice actors and celebrity cameo performances which makes the player feel even more immersed in this Tim Burton-esque atmosphere. 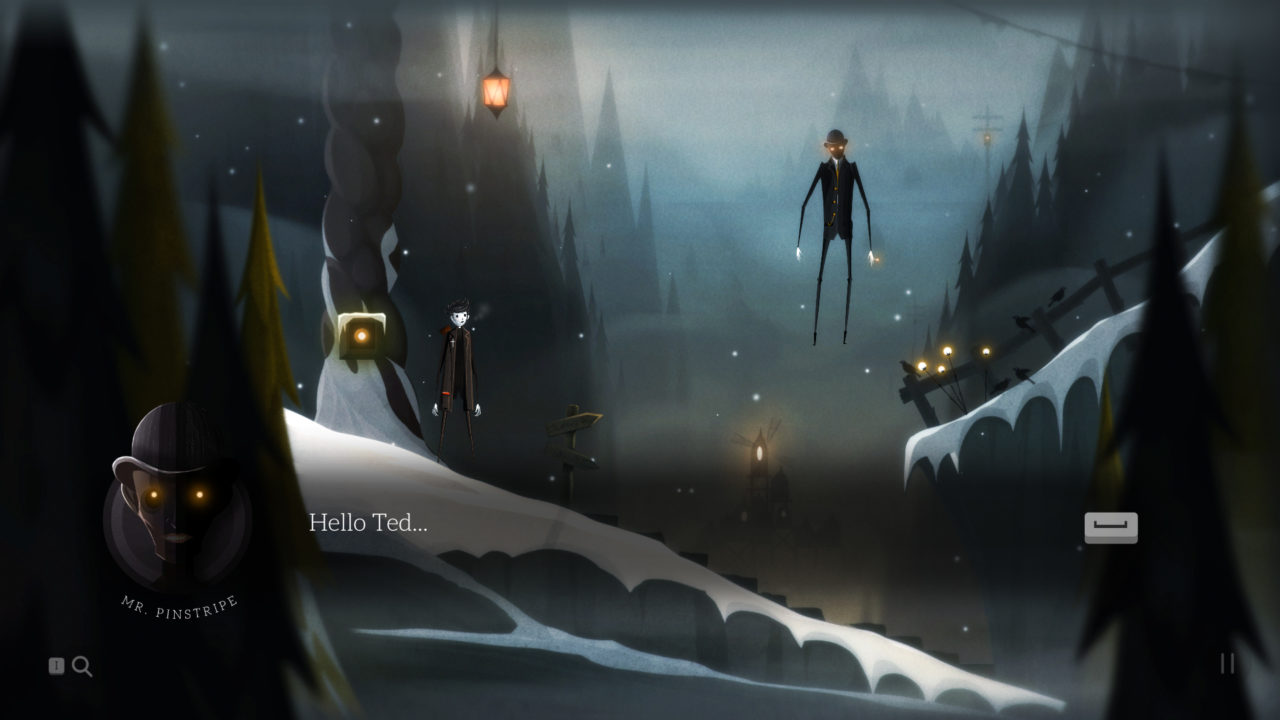 Overall the gameplay isn’t too difficult. Each area is littered with little puzzles that you need to solve in order to move forward. Ted is equipped with a trusty slingshot that he can use to fend off monsters and shoot otherwise unreachable switches. Along the way you’ll come across these little crystals that are used as currency. There’s one part in the game where you need to have a LOT of these things to buy a ticket to the next area of the game. I collected all the crystals I came across and still didn’t have enough so there is the inevitable backtracking. But this gives the player the opportunity to go back and solve puzzles or find clues that they couldn’t access before. 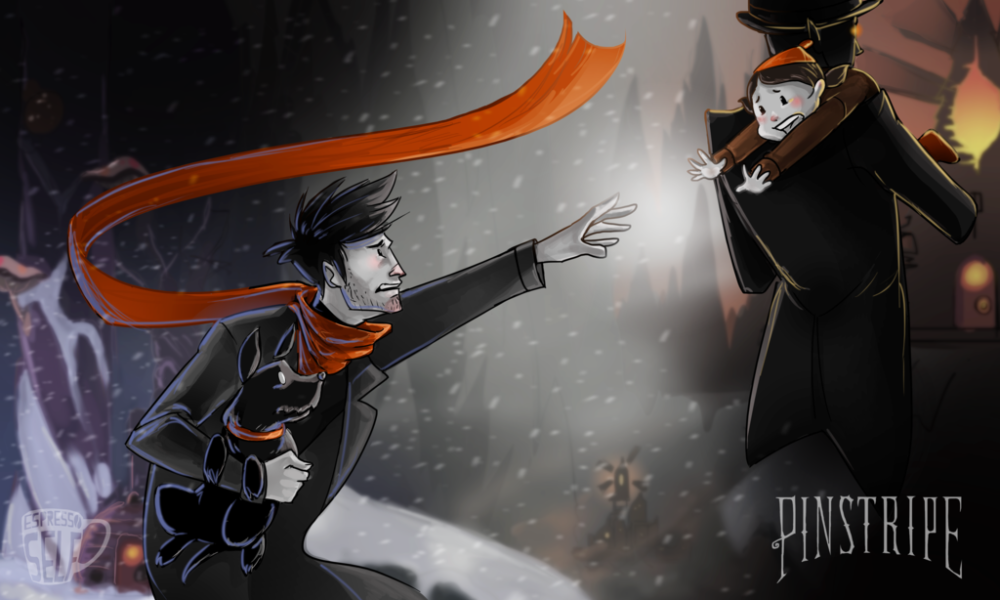 If you read a lot of my reviews you’ll notice I base a lot of my opinion on how a game looks. Not how real the graphics are, but how good it looks aesthetically and how smooth the gameplay is. Pinstripe passes both of those tests with flying colors. I’ve been a fan of The Nightmare Before Christmas since I was 7 so this kind of game is right up my alley. I also really like the character Pinstripe. Yes, he’s evil and a super spooky guy, but he’s interesting and that’s what counts. As far as the controls and difficulty go, there’s just enough of a challenge there to keep you coming back for more. It’s not easy but it’s not really hard either. 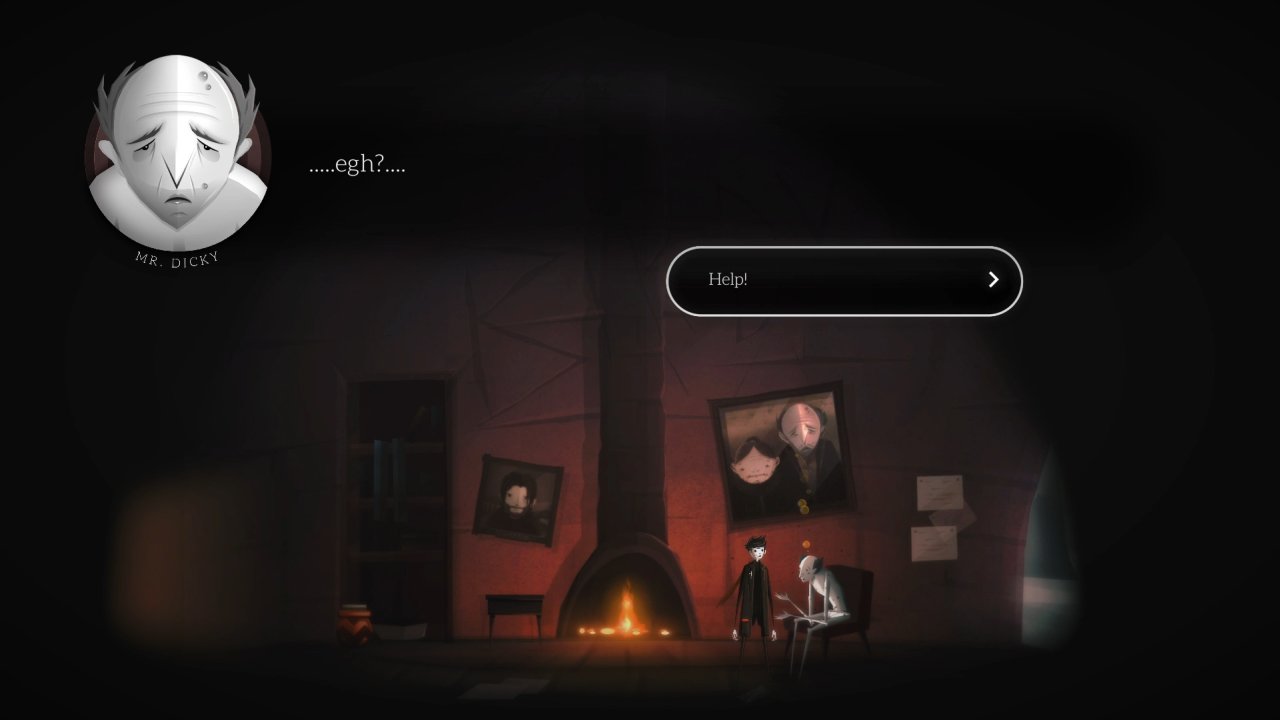 Sadly, the game doesn’t last very long, even if you decide to go back and find everything. Maybe 5 hours at best if you’re someone who likes to take their time. But that doesn’t really matter, Undertale is a short game and we all know how popular that became. For how amazing the game looks and how in-depth the story goes, it was really surprising when I found out that Pinstripe was created and developed by just one guy. Just one. From the art to the character and level design, to the music and everything else. I’m genuinely impressed and can’t wait to see what Pinstripe’s creator, Thomas Brush, comes up with next.

Pinstripe is one of my favorite indie games that I’ve played on the Nintendo Switch this year. I really appreciate everything that it has to offer. While I do crave more and hope that one day we can see the return of the character Pinstripe, I’m very happy with this installment. If you’re looking for a good, balanced platformer with an awesome story and beautiful artwork then look no further. Pinstripe is available now on the Nintendo eShop for $14.99.

Pinstripe is a great puzzle\platformer with beautiful graphics, an awesome story and memorable characters. While I do wish the game was a little longer, it’s hard to complain when it was made by one person over the course of 5 years. I highly recommend checking it out!