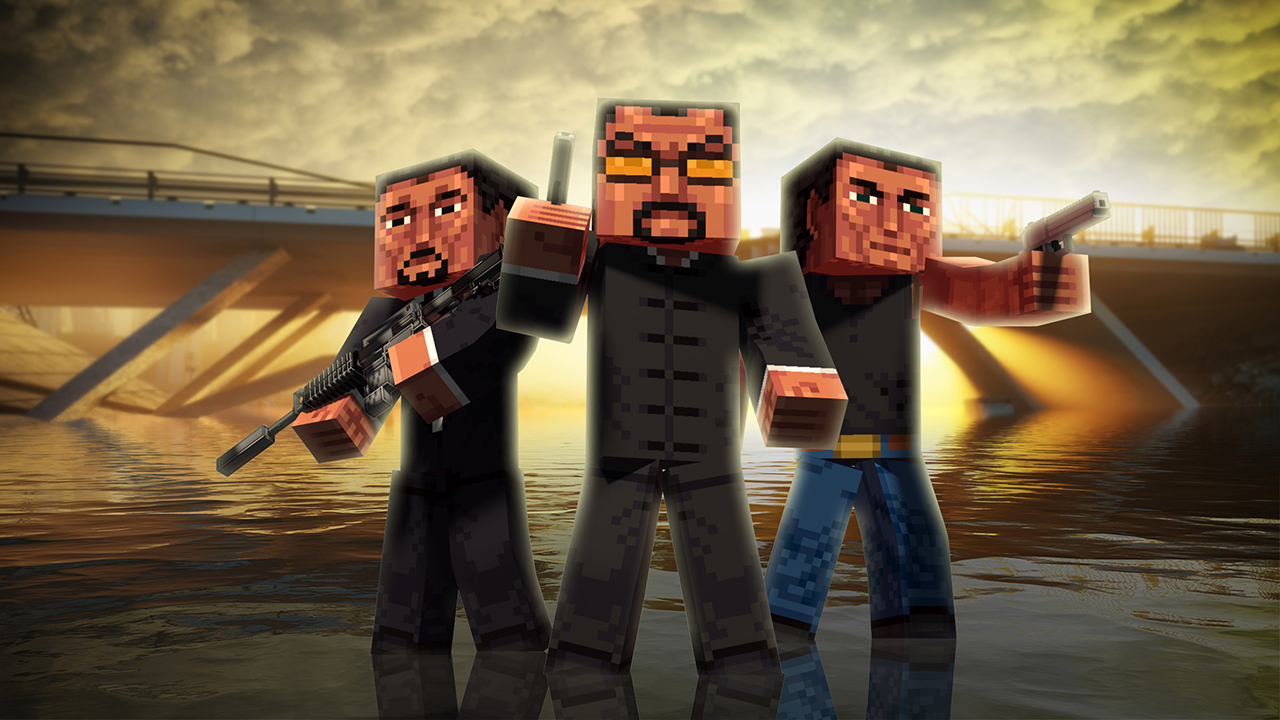 Pixel Action Heroes comes with characters that are parodies of famous “tough” personalities from the past to present day with the available customizable characters as well. Each character has their own catch phrases and starting weapons.  It did not take long for the repeating catch phrases to wear themselves out to the point of just being annoying. 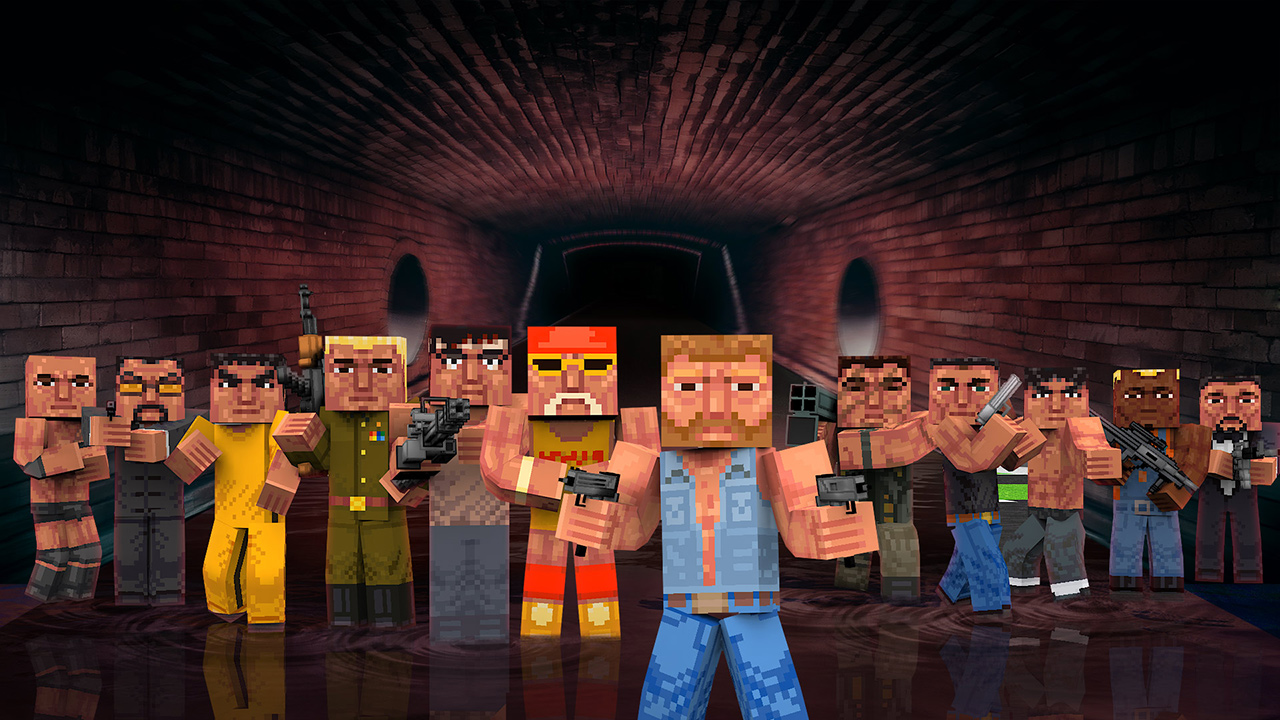 In single-player mode you can choose between three different modes: creative, practice and zombie.  In creative mode you can customize maps, skins and cubes. If players would like they can share their maps or skins online or download from other players. Created maps can also be used in Practice mode.  When in practice you are up against AI bots in any of the nine stages. In Survival mode, players try to survive waves of zombies in five small stages. Two more stages will be unlocked if players can survive the 20th and 40th wave. Players of the Wii U edition will quickly realize that there is no local multiplayer mode, for some, this may be a drawback. Luckily it was replaced by online matches. 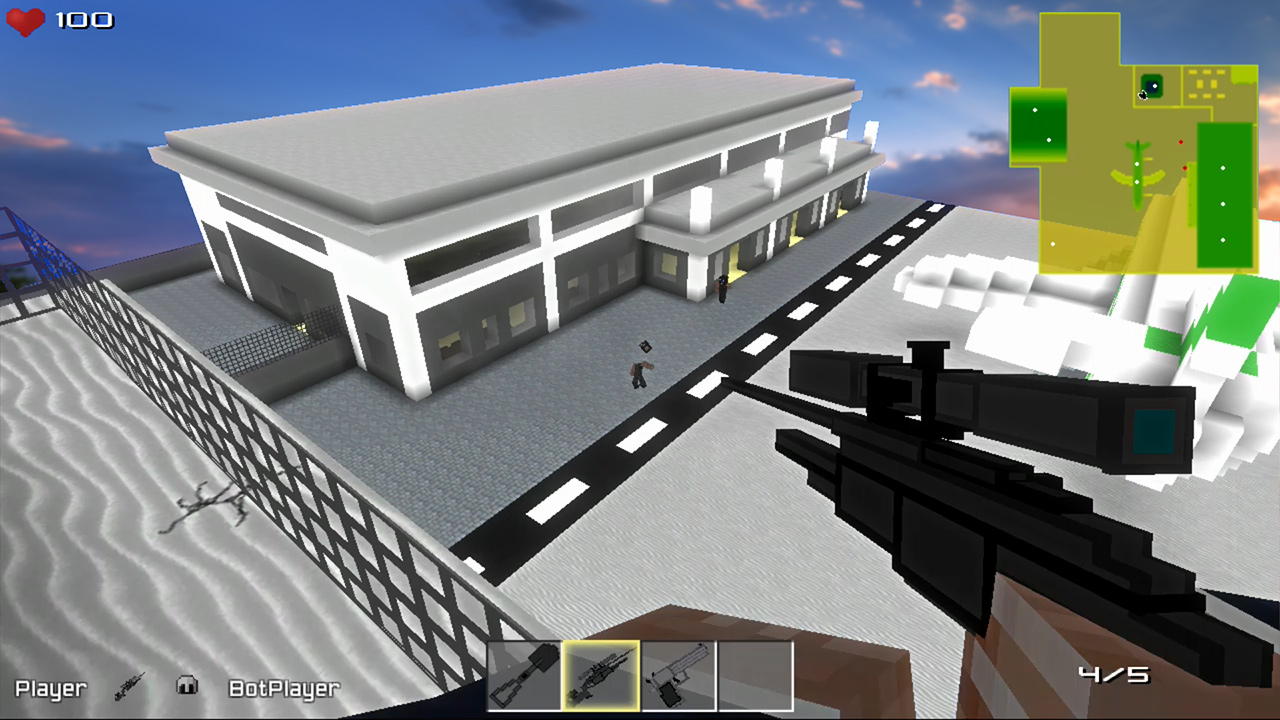 Online matches is broken into rooms of 2-6 players with a time limit of 5-15 minutes. There are several different choices of gameplay: deathmatch (single or team), creative and soccer. Any of the 9 maps can be played in deathmatch or team deathmatch. The team or player with the most kills at the end of the set time is the winner. Creative is like the single-player creative mode, but players can customize any map and can have an unlimited time limit.  Soccer is where players shoot the head off of a zombie and then try to shoot the head in to the opposing team’s goal.

After trying various death matches I began to get bored with them.  Luckily there was soccer and this is what sets the game apart. There were times where in 3-on-3 gameplay that the competition got really intense making it a ton of fun. With a little polish I could see this mode being a game of its own.  Players can also pick up power-ups to help boost their team, by freezing the other team, making players large or small, adding an extra ball, or extra bounce. The only downfall with soccer mode was sometimes after a goal was made, it would not reset. It would be frozen on the “goal” screen and even after waiting for 5 mins or more it would not reset. The only way out was to restart the software. 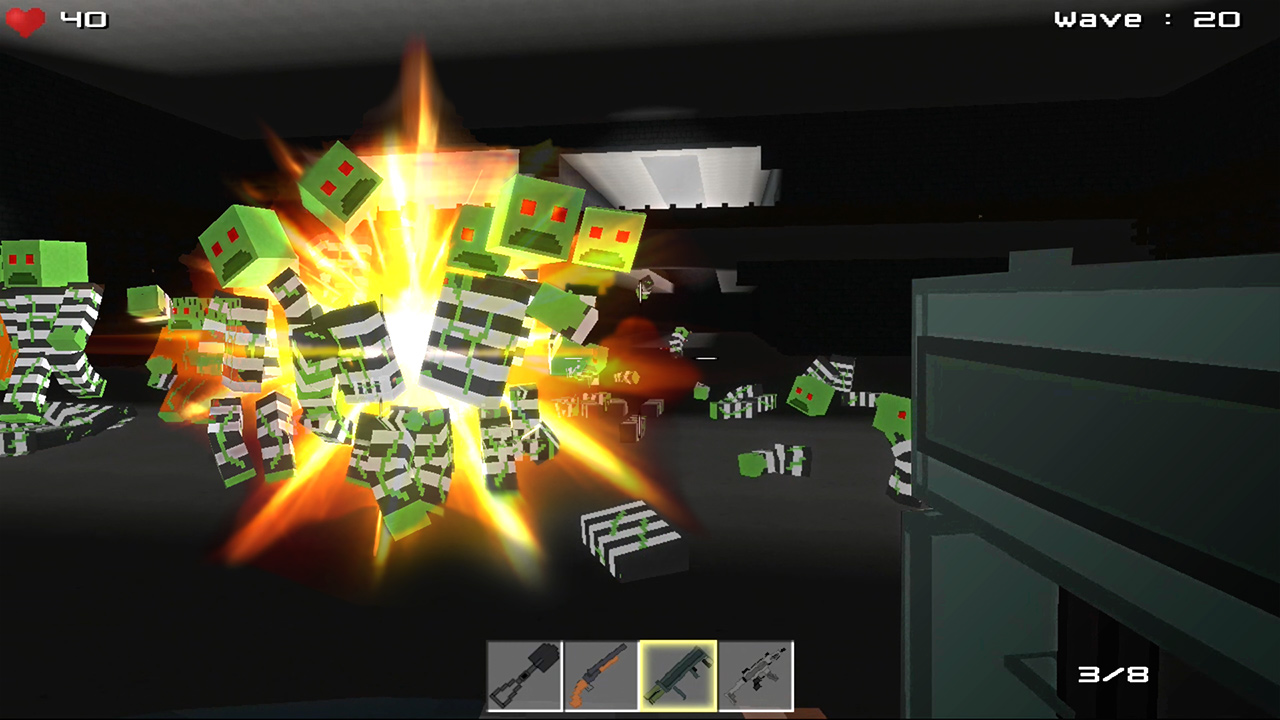 In the end Pixel Action Heroes has some fairly solid gameplay. With Online matches it certainly is worth the $4.99 price tag. It has a bit of everything for everyone, if creativity is your thing you can create maps to battle on. If classic deathmatches are your thing it has those too. If you’re looking for a crazy soccer alternative there is that too.

In the end Pixel Action Heroes has some fairly solid gameplay. With Online matches it certainly is worth the $4.99 price tag. It has a bit of everything for everyone, if creativity is your thing you can create maps to battle on. If classic deathmatches are your thing it has those too. If you’re looking for a crazy soccer alternative there is that too.