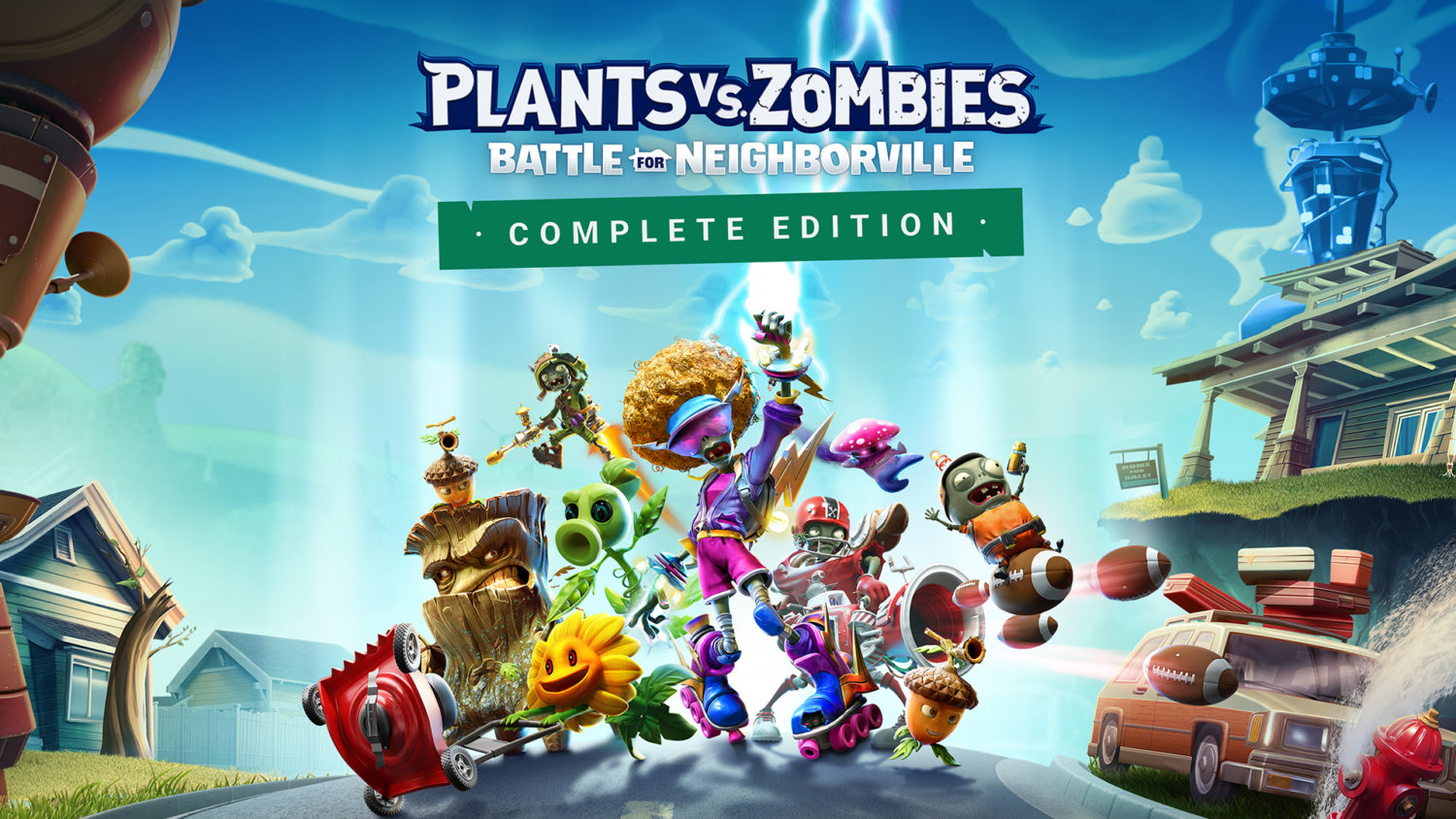 Plants vs. Zombies: Battle for Neighborville is the newest title in the PVZ world. Finally getting a release on the Nintendo Switch, 2 years after its initial release on other consoles. However, it was worth the wait. The Switch version comes with all of the paid content from the original game and has taken out all microtransactions. So just for that reason, this has to be the best version of the game, right? 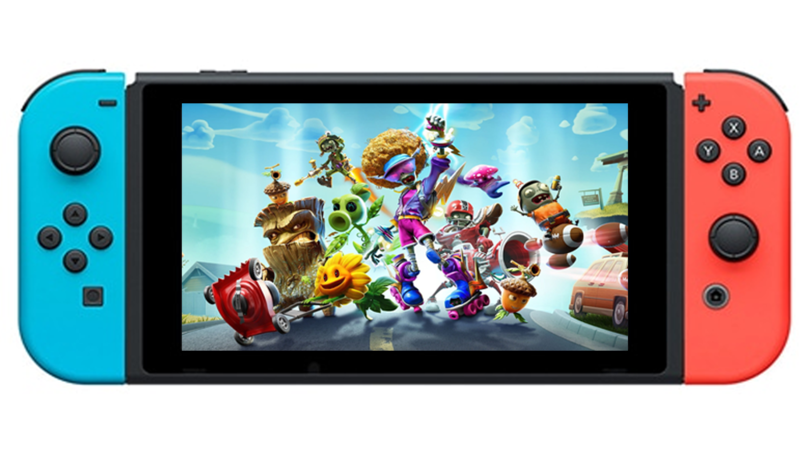 Plants vs Zombies is a familiar title for almost all mobile gamers. It started out as a simple tower defense computer game, that evolved into a series of popular IOS games and has gradually become available on multiple platforms and devices. I haven’t played a game in this series for a really long time, maybe 7 years or so. But from what I remember, it was one of the few mobile games that I actually enjoyed and played all the way through. Battle for Neighborville is a big leap from the mobile version that I remember. With all sorts of cool upgrades and new features… and creatures. 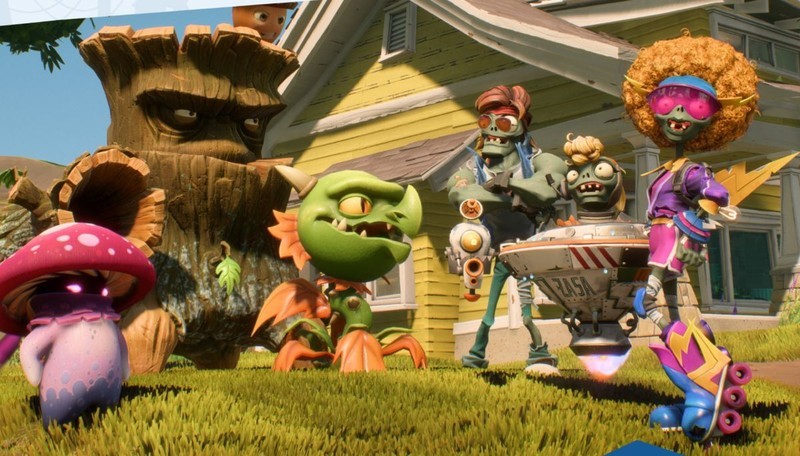 Instead of going the tower defense route of the original games, BFN is an open world, action, shooter. The player can explore, discover new areas, and of course shoot stuff. The world is littered with all sorts of monstrous plants and ridiculous zombies to defeat, and sometimes team up with. The more you progress the more content is available to play around with. Like different weapons, special attacks, characters, and costumes. There is a huge roster of different characters to play with and it’s actually worth trying all of them out. Each one is a little unique and comes with their own personality, weapons, and abilities. Fans of the series will enjoy seeing their favorite plants or zombies, along with a few I didn’t recognize. 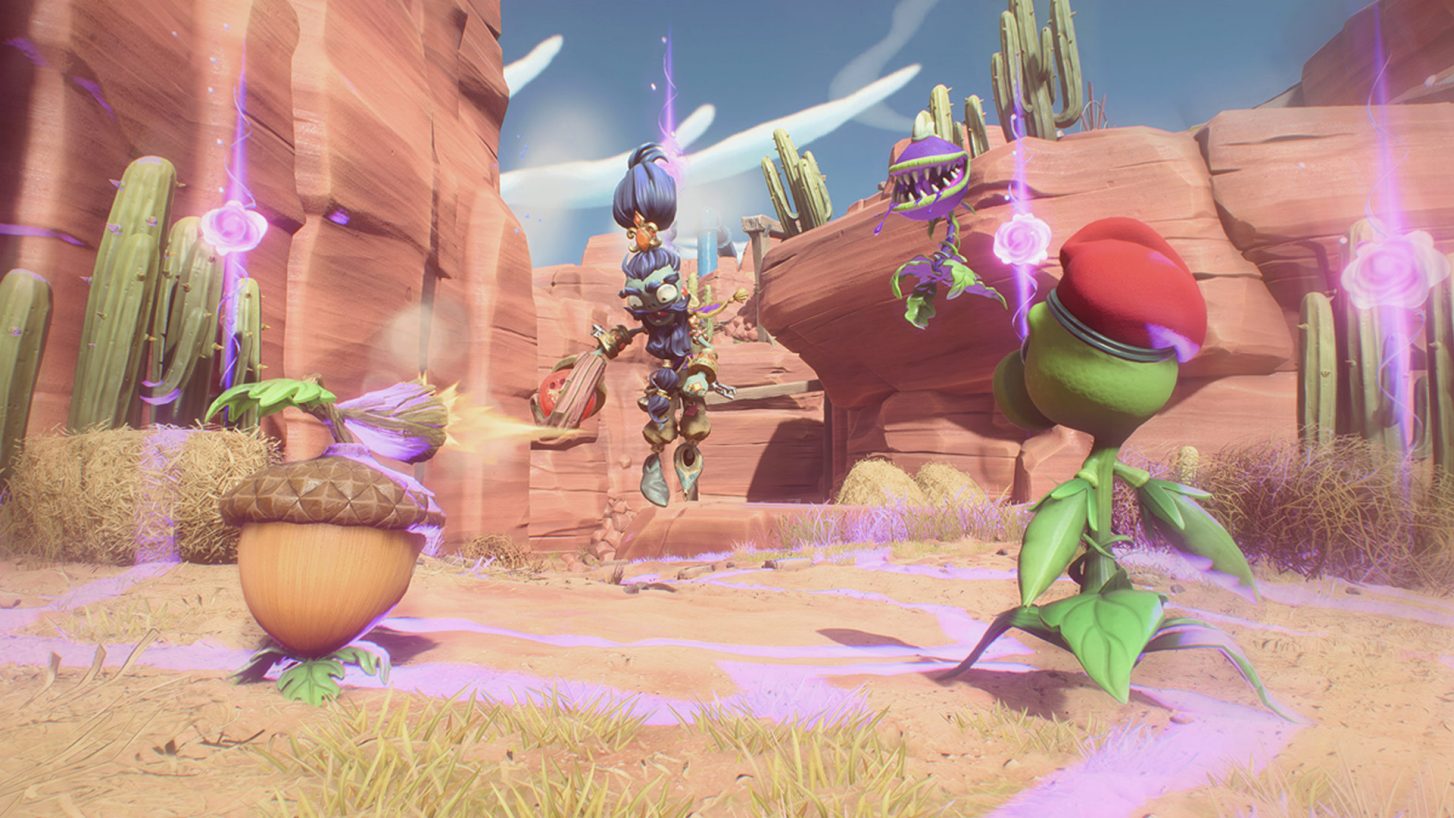 There is a good amount of content if you want to stay busy. When playing offline you can explore Neighborville and the surrounding areas in a fun story mode, join up to 3 friends for a PVP battle, or play against enemy bots in a PvE match. Playing online allows you to join in on a wide array of game modes with up to 16 other players (8vs8). I didn’t play much online but the few matches I was able to join were fun but hectic. There are enough game modes to keep the player interested but I kind of felt like I was playing borderlands or something similar to Fortnite, not bad, just not what I’m looking for in this series. Story mode was a lot more enjoyable and consistent than trying to play cooperatively online. I also recommend paying offline with friends if you don’t like playing alone. It was fun having a shared goal. After completing a set of quests the team then must defeat that level’s boss. 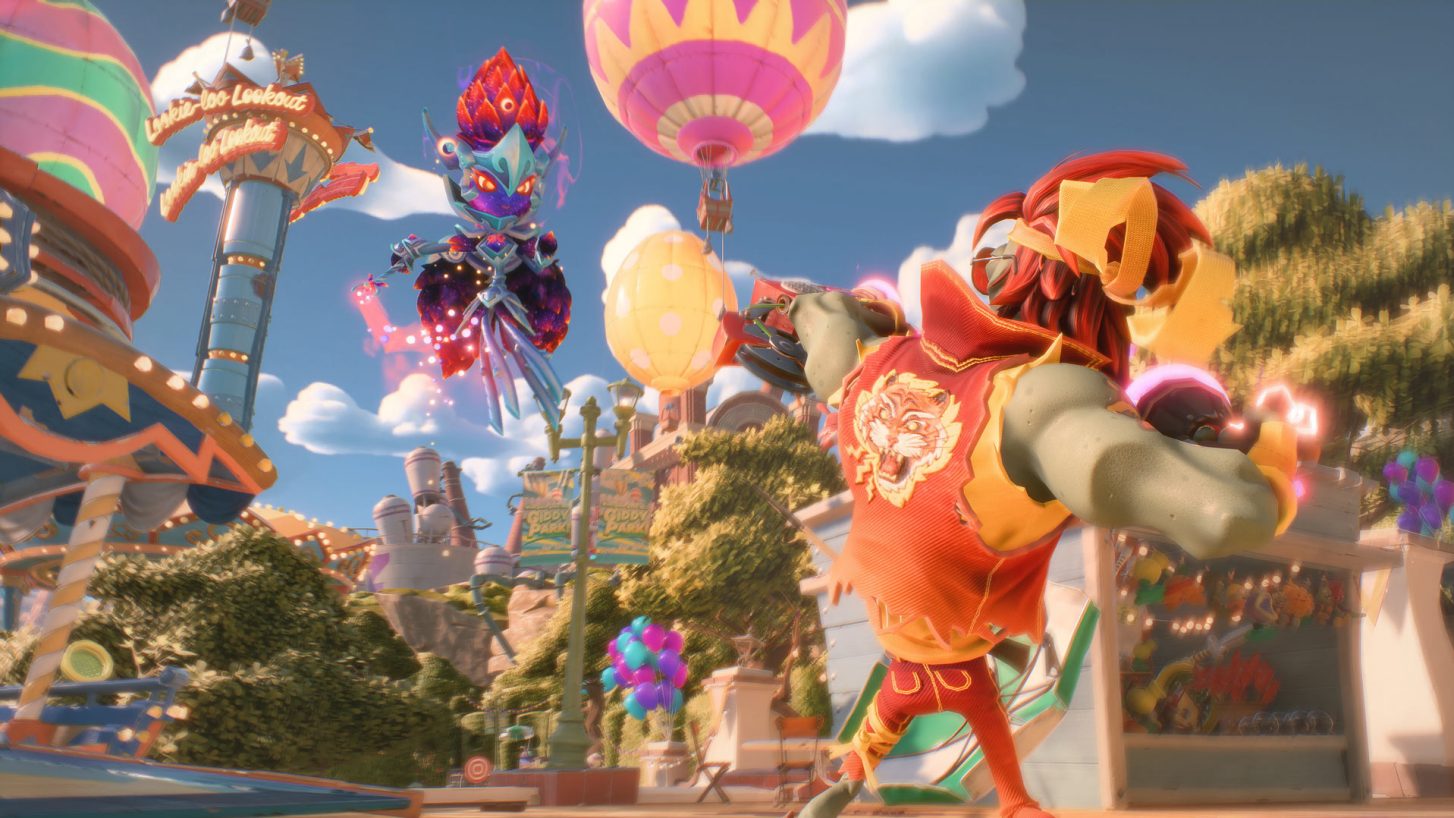 When you kill enemies or destroy objects like boxes and barrels you will acquire gold coins that you can use to purchase new characters, perks, and costumes to customize your characters. Luckily the Nintendo Switch received the “Complete Edition” of BFN because originally these items could be purchased using microtransactions, and we all know how fun that is. While it might take you a while to save for something you want, it’s a much more rewarding system in my opinion. One of the main differences from this version and the original is the permanent edition of “prize maps”. Prize maps are themed maps that were limited to download and play during specific holidays when the game was first released. In the Switch version, every prize map is available to play immediately. The Switch version also supports motion controls and in handheld mode, you can use touch controls on the screen to interact with your map. 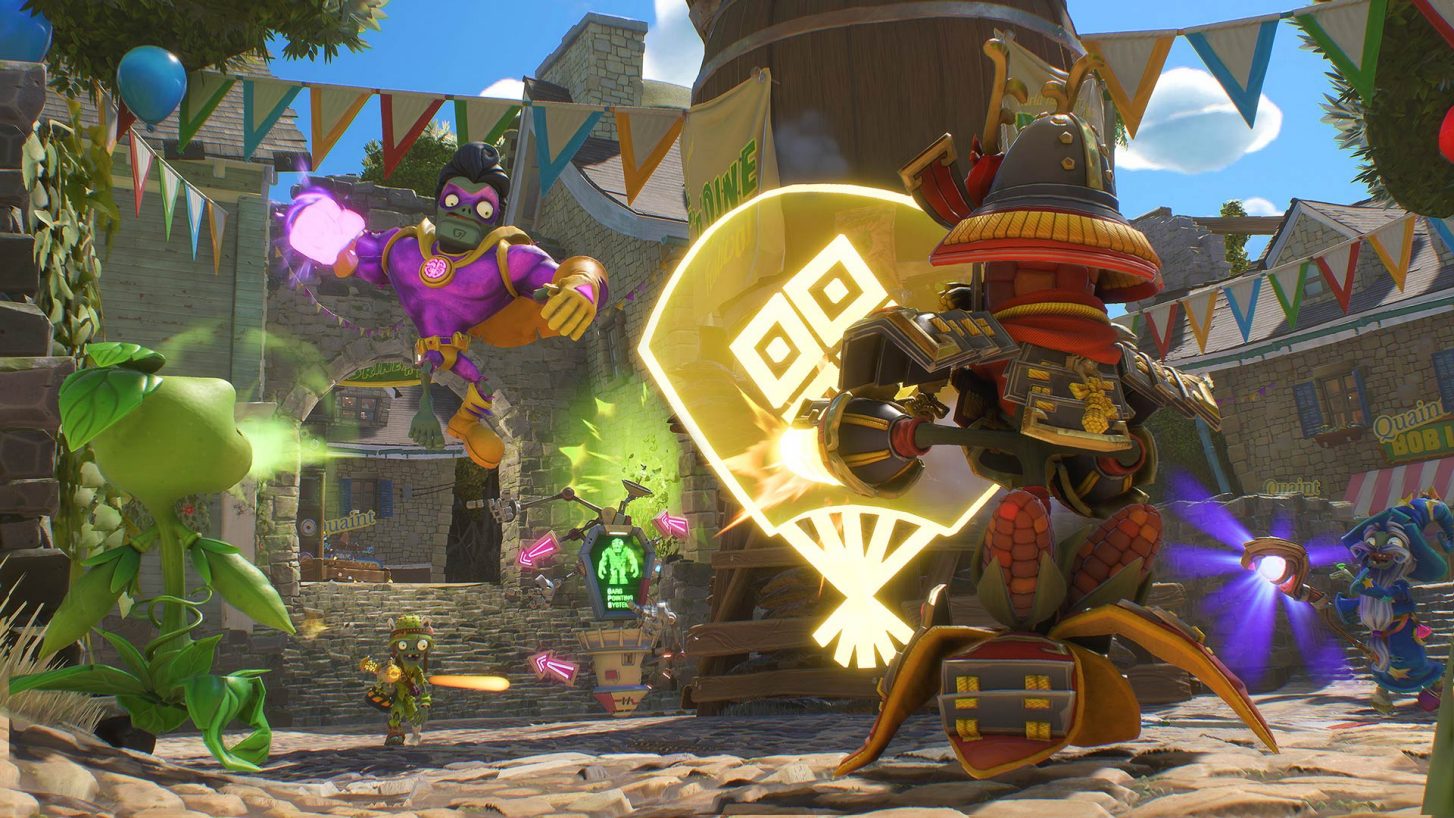 The game looks and plays great. Motion and button controls work well. There were a few times when the game would drop a few frame rates but never enough to ruin the experience. For how cartoony the game looks you can tell a lot of time went into the environments and details. Sometimes it felt like I was watching a high-quality cartoon. 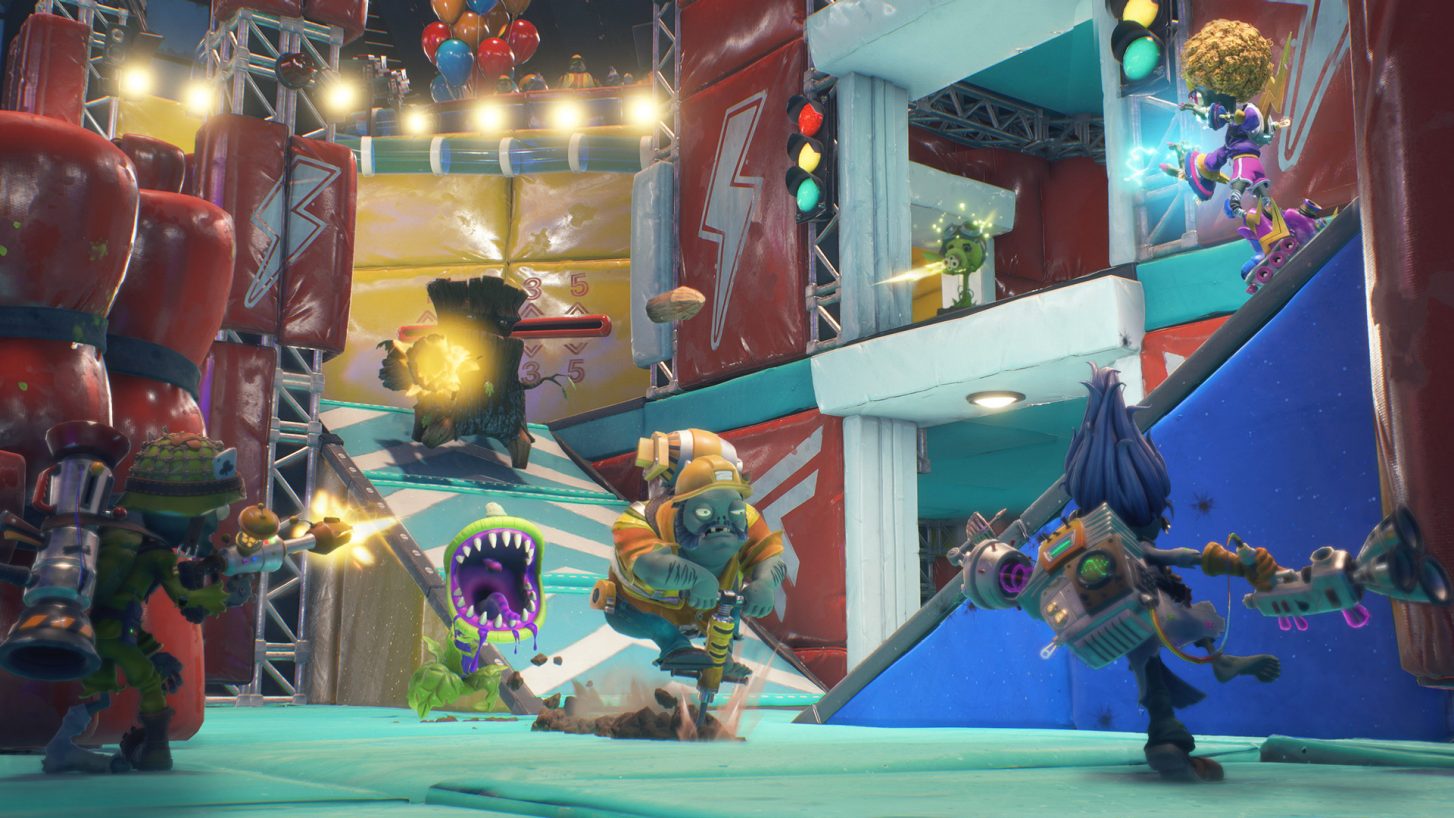 Albeit BFN is a little silly, and mostly geared towards kids, I still found myself enjoying the gameplay and laughing at the characters and (some) dialogue. There were times when it was extremely corny, but what do you expect, its a silly game and that’s part of the fun. If you’re going to play any version of Battle for Neighborville, the Complete Edition is the way to go. Offering mobile play, prize maps, and a really good amount of content to explore and collect, it seems like the obvious choice. If you’re a fan of team shooters, need a game for the kids that has minimal violence, or you’re just a fan of the series then you’ll definitely get your money’s worth.

Battle for Neighborville: Complete Edition is a fun, colorful, silly game with a good amount of content to keep the player busy. While the game is older, this updated version is the obvious choice for fans of the series and newcomers alike.