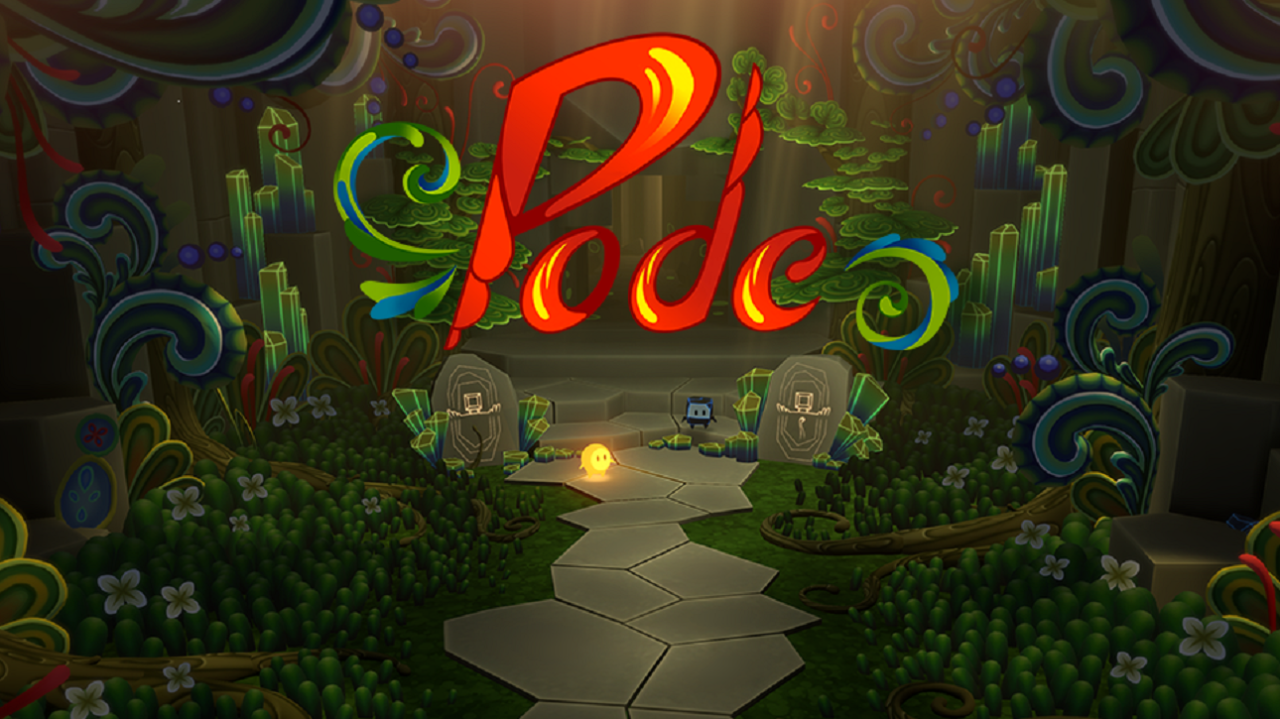 Pode is the story of a rock helping a fallen star journey up a puzzle-ridden mountain to help get the star back into the sky.

Both of these adorable characters are who you will be swapping to play as and using to solve the various puzzles throughout the levels. Each of them has their own skill set such as the rock being able to use magnetism to pull up crystals and swallow items, or the star being able to grow plants and teleport. Being the lighter of the two, the star can walk on water and float briefly when jumping, whereas the rock being heavier sinks in the water but is useful in weighing down objects to help get the star on top of them. Together, by holding hands, they can use both their powers to unlock things easier as well.

I would say the levels within each ‘world’ are a good amount of difficulty. However, at the end of each, there is one last puzzle that is harder in comparison to the other puzzles sprinkled throughout. What makes this last puzzle such a challenge is that you usually have to try to make sense and decipher hieroglyphics to figure out what to do in order to solve the puzzle. Very often, I would need to put down my Joy-Cons and take a break from Pode at this point after becoming frustrated with the puzzle.

Although I often played alone, I did find the hard puzzles easier to cope with by playing simultaneous co-op with another person, the benefit being that you have another brain to help figure out what to do to move on.  While you can swap playing as the rock or the star while playing single player, I found it interesting that you could also swap players while playing with another person, so you aren’t necessarily assigned to a specific character.

The environment in this game is absolutely beautiful and stunning to look at. I loved causing the plants to grow and curl around the world with the star and to cause rocks and crystals to jump from the ground with the rock. The soundtrack to Pode is absolutely atmospheric, soothing and amazing. The design of the character of the rock and the star is also very cute and sweet.

Overall, I loved the environment that Pode created. Even with its frustrating points, it is definitely worth playing in my opinion. Currently, Pode is priced at $24.99 on the Nintendo Switch which I think is fair for this amazing Norwegian inspired game.

The soundtrack to Pode is absolutely atmospheric, soothing and amazing. The design of the character of the rock and the star is also very cute and sweet.