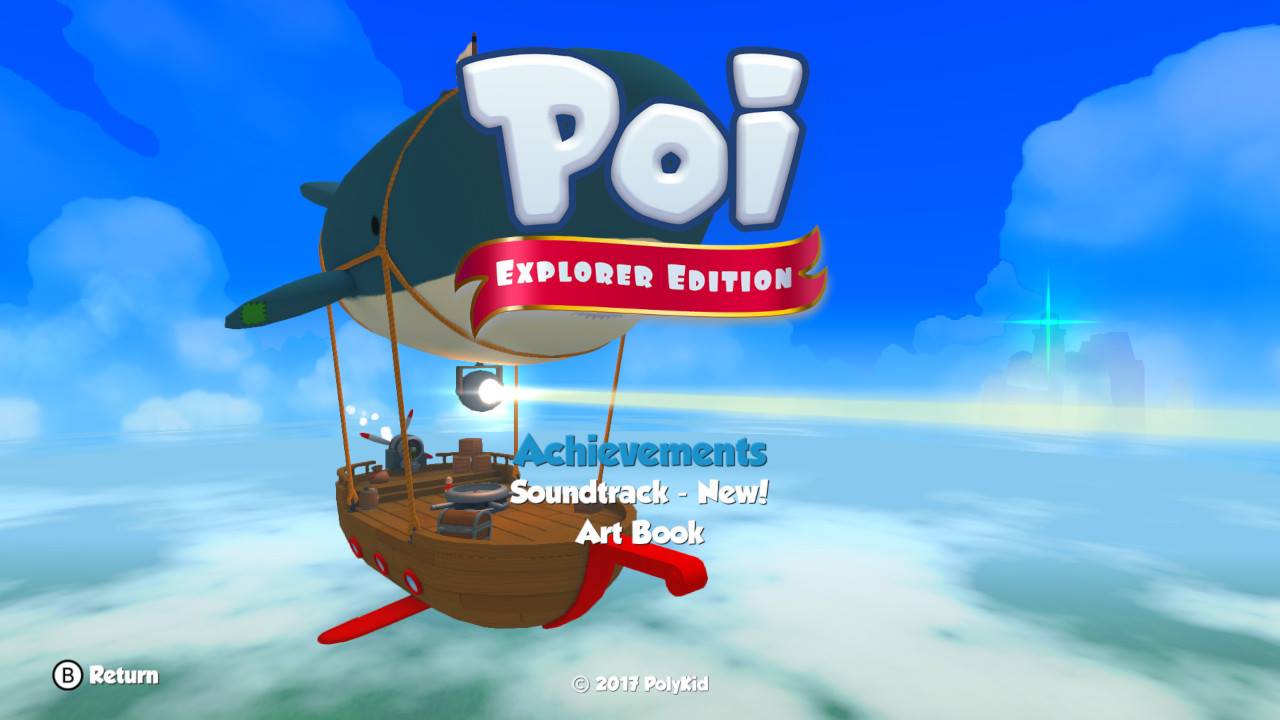 Poi: Explorer’s Edition is a 3D platformer developed and published by Indie Dev studio, Polykid. Filled with charming atmosphere and game play that pays homage to Super Mario 64 and Sunshine, Poi feels right at home on the Nintendo Switch. For fans of 3D platformers, this indie title offers a good time whilst guiding your adventurer through the colorful worlds in search of explorer medallions. 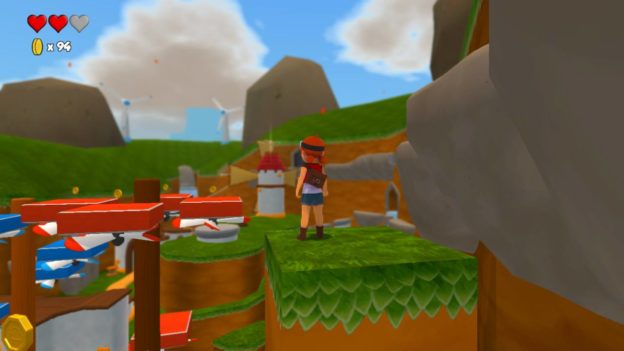 Right from the get go, players of the 3D Mario titles will be at home here. You can run, dive, triple jump, and side flip with relative ease. Though the moves may be similar, your character has access to a parachute that lets them glide through the air, and this gives you a great sense of freedom as you soar from airship to airship in the game’s overworld. Whether you decide to play as either the boy or girl adventurer (You can switch characters at any time), movement feels pretty smooth and makes navigating the stages a lot of fun. 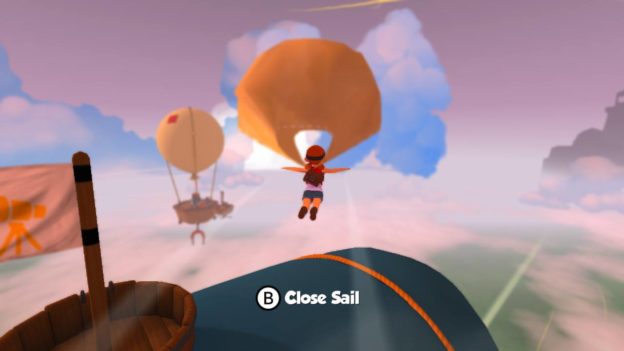 Visually, Poi is a very colorful game with simple textures. This cartoony look lends itself well to the world you’re exploring, but at times you may be finding yourself wishing for more detail. The music is rendered nicely as well, but it serves as more of a backdrop to the action, and you’d be hard-pressed to remember some of the tunes after playing. The story revolves around two runaway orphans who dream of becoming adventurers. After stumbling upon an old man who had wrecked his airship in a terrible storm, you embark on a journey to collect his missing explorer’s medallions. Much like everything in the presentation department, the story does its job well enough, but it certainly won’t blow you away. 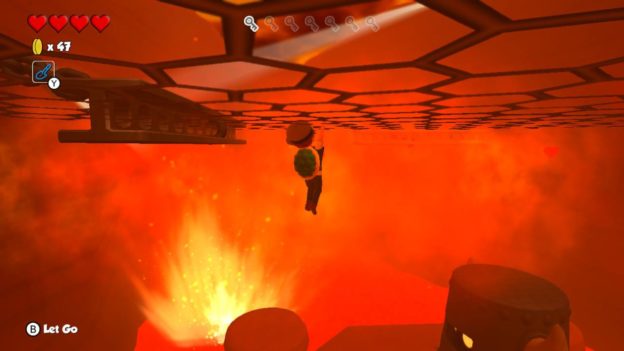 Level design is heavily inspired by Super Mario Sunshine with the stages requiring lots of vertical platforming. With giant windmills and tightrope walking, the love for Sunshine is strong, but the game still does a decent job of finding its own identity. Some of the locales you’ll visit include a volcano, a gem mine, and a desert town to name just a few. Upon entering each world, you’ll select which medallion to search for, but like in Mario 64, you can grab the medals in any order you wish. Some medallions repeat themselves with the same task across worlds such as collecting 100 coins, or finding a set of keys. This repetition can be forgiven though, as there are a variety of ways to collect the medals you need. 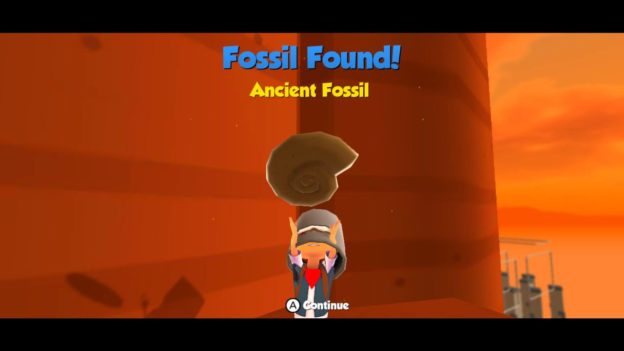 While most of your medallion gathering will be done by steering your airship and exploring new worlds that you uncover, there is a fair amount for you to do in the overworld. You can purchase additional items such as a shovel or camera to help you on your journey, and there are challenge stages that will reward you for mastering certain items. In addition to this, there are unlockable bonus stages wherein you must make it to the end of an obstacle course, and these are definitely inspired by the F.L.U.D.D.‘less stages in Mario Sunshine. There are even leaderboards, so you can compete for the fastest times if you wish. 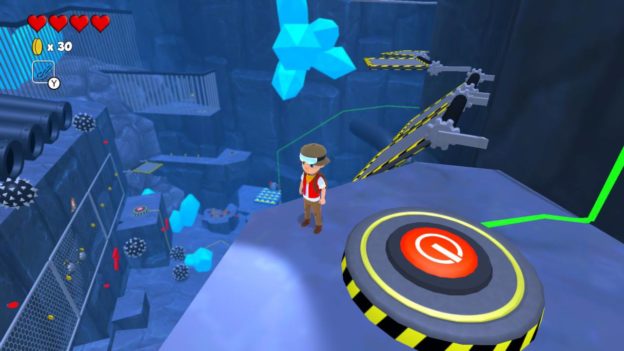 Overall, Poi: Explorer’s Edition is a fun little romp for your Nintendo Switch. The visuals may not be the most enticing, but the Mario Sunshine-esque gameplay and charm more than make up for it. With a ‘New Game +’, plenty of medallions to find, and unlockable artwork, there is a decent number of things for you to do if you wish to 100% the game. Clocking in at around 15-20 hours of gameplay for completionists, Poi sticks around long enough without dragging on. If you’re of fan of 3D platformers, there is plenty of fun to be had here.

(Thanks to  Alliance Digital Media for the code)

With gameplay that is a love letter to classics like Mario 64 and Sunshine, Poi: Explorer’s Edition is a good time; even if the visuals lack detail.