After 10 long years, Nintendo has listened to Pokemon fans and finally given them their long-awaited remake of Pokemon Gold and Pokemon Silver. The DS remakes, dubbed HeartGold and SoulSilver, beautifully remake the original Gameboy Color games that have long been called the best in the series. Not only did Pokemon Gold/Silver introduce us to a whole new list of Pokemon, but the game also featured a new region as well as the original Kanto. Where the original Pokemon games had only 8 gyms, Pokemon Gold/Silver now had 16 gyms. All of the other generation sequels since Gold/Silver have simply added a new region but still contained 8 badges to collect along with the Elite 4/Champion to fight. Being a long-time fan of the series myself, I was absolutely elated when I finally got to play the remakes for the first time. 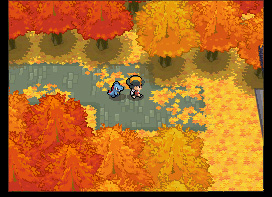 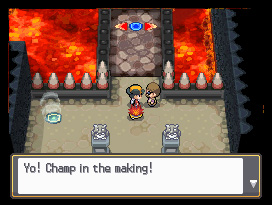 As I played through the first few gyms, there were so many memories coming back to me. Memories of tough battles, long play-sessions in caves, and training day and night (with the addition of day/night cycles). Even though the games are technically not completely new, there’s still a ton of nice new features to be had in the game. For one, the graphics have been enhanced thanks to the DS’ extra power over the Gameboy Color. This allows for much better attack animations and even a pseudo-3D effect for buildings and foliage. Secondly, Pokemon can now follow you outside of their Pokeball wherever you go. This feature also plays into the new, bundled accessory called the Pokewalker. The device allows you to transfer any Pokemon to the Pokewalker (like a pedometer/virtual pet device) and train them on the go. Each step you take in real life will raise the levels on your Pokemon that you’ve transferred. It’s a really cool concept and one that adds a great new way for players to keep playing wherever they are. The only downside is you can’t hold all of your party Pokemon on the Pokewalker and you really have to walk a good distance to advance your Pokemon’s levels.

The game also features an updated Bag system and also more integrated touch controls for Pokemon management in the PC. The PC was always a very clunky and time-consuming process but the touch controls allow for easier access. The game also has the added benefit of having all 493 Pokemon available for trade and battling in the game. Before HeartGold and SoulSilver, it was hard to collect any of the Pokemon from Gold/Silver because they were before the GBA days. One could easily transfer the original 151 from the FireRed/LeafGreen GBA games to the DS, but the G/S generation Pokemon had to be traded online or some other method. Now they are available in HeartGold/SoulSilver, so every Pokemon to date can be obtained in these latest games. 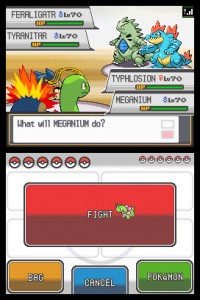 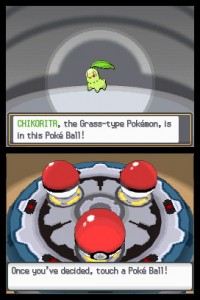 I could go on and on about the games as there is so much content, but you really just need to drop what you’re doing and buy these games (or at least one and have a friend buy the other) if you haven’t already.

If you’ve played any Pokemon game before, you will definitely love Pokemon HeartGold/SoulSilver. There are plenty of new options and upgrades on the original that will keep you busy for hours and hours. Being that Gold/Silver were arguably the best in the series, you can’t go wrong with HeartGold/SoulSilver which improve on almost every aspect of the originals.