Being a long-time Pokémon player and fan, I was both excited and anxious about Pokémon Let’s Go Pikachu / Let’s Go Eevee. On the one hand, a Pokémon RPG would be debuting in HD for the first time but, on the other, changes to the core catching mechanics were also in the cards. Would the new alterations sour my enjoyment? Let’s find out!

Let’s Go Pikachu/Eevee have kept most of the same trappings of a traditional Pokémon RPG title, with one notable exception: the catching of Pokémon. This time around, instead of random encounters, players can now see the actual Pokémon in the grass before they engage. This eliminates the guesswork with catching and players can focus on catching Pokémon they are interested in while avoiding others. In addition to seeing Pokémon in the wild, once a player makes contact with a wild Pokémon, a new catching mini-game is displayed that is very similar to the one from Pokémon Go. That means no more battling a Pokémon to weaken it before catching. Instead, you’ll be using berries many Pokémon balls throughout this adventure. This was by far the most controversial change but I actually enjoyed it more than I thought I would. 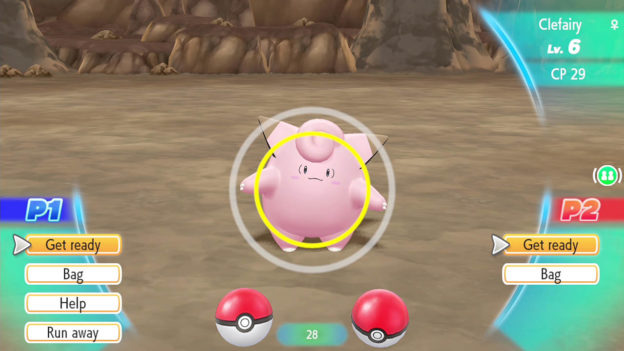 The new catching mechanic allowed for a change of pace from the four move, turn-based battle sequences featured in previous games. These are still present for trainer and gym battles, so veterans don’t have to worry there. Pokémon games have always been ‘comfy’ games for me since I’m so used to knowing what to expect. These new games felt refreshing in that regard while also still giving me that feeling of familiarity and comfort. What was a feature I was scared would compromise my enjoyment of Pokémon turned out to be something I hope the series continues with 2019’s Pokémon title. I wouldn’t mind if Game Freak and The Pokémon Company take even more risks with the next game. 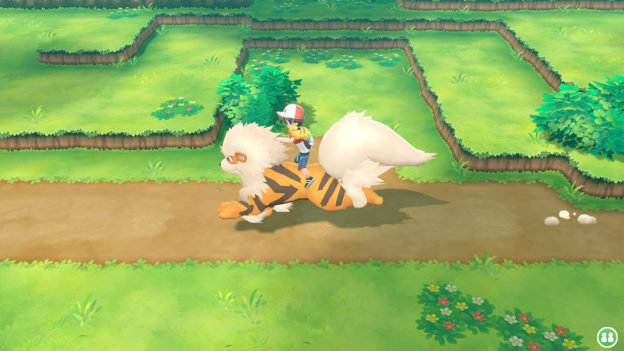 Every moment throughout the game felt like pure nostalgia at every turn which is both good and bad. Veterans of the original games will recognize the world layout has been faithfully recreated. There is still plenty of new content, cutscenes, and more surprises, but it will feel very similar to Pokémon Red/Blue. This led to a little fatigue for me later in the game. For me, the most exciting thing around these new games was the ability to play in two player co-op. The companion player can’t interact with anything in the over world, but they are invaluable during trainer battles and it was awesome to have a friend along for the adventure! I found the co-op element quite fun, and I hope it continues with future entries. While I enjoyed returning to Kanto and seeing the first generation of Pokémon in HD, this isn’t the first time we’ve returned to the series’ original Pokémon. We did that with Pokémon FireRed and LeafGreen and then again with Pokémon Go when it first launched. I’m ready to see the next generation of Pokémon creatures and also the next leap for the series as a whole. 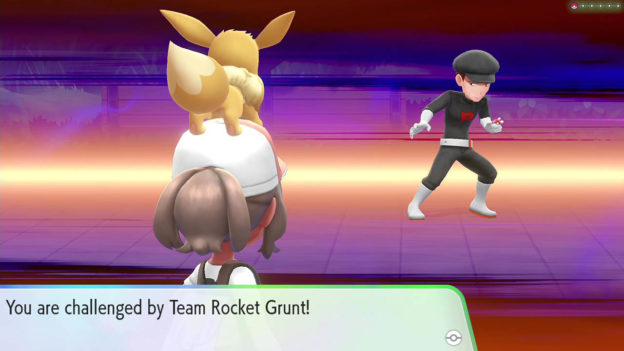 Moving on to the visuals, the presentation in Let’s Go Pikachu/Eevee is quite lovely. I think the simplistic art style made for an easy transition from the 3DS to the Switch but I hope the visuals continue to evolve and improve with the next game. I especially liked the 2D pixel artwork for Pokémon in the boxes and items. It’s an interesting meshing of 2D and 3D but it somehow works. 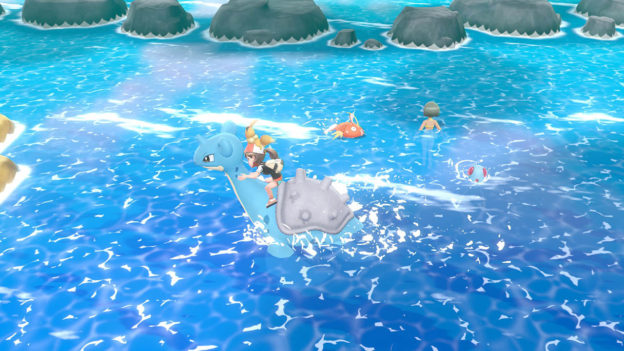 Trading online with friends was often times frustrating given the simplistic password nature that could lead to many failed attempts at connecting. Once connected, the options and interface were very limited. I do hope filtering, sorting and other quality of life changes are introduced with next year’s entry. The new Poké Ball Plus controller was an interesting idea, but I found it difficult to use for long play sessions. It’s certainly a novel idea but definitely not necessary to the experience.

Overall, Pokémon Let’s Go Pikachu and Let’s Go Eevee achieve what they set out to in the beginning. They bring series’ veterans back into the fold while also making it easy for newcomers to see what the ‘core’ RPG games have been about all these years. The catching mechanic turned out to be a welcome change and it turns out I actually want more to change with the formula as a result. Here’s to more Pokémon in 2019 and hopefully there’s some fresh new ideas in store.

Overall, Pokémon Let’s Go Pikachu and Let’s Go Eevee achieve what they set out to in the beginning. They bring series’ veterans back into the fold while also making it easy for newcomers to see what the ‘core’ RPG games have been about all these years. The catching mechanic turned out to be a welcome change and it turns out I actually want more to change with the formula as a result. Here’s to more Pokémon in 2019 and hopefully there’s some fresh new ideas in store.