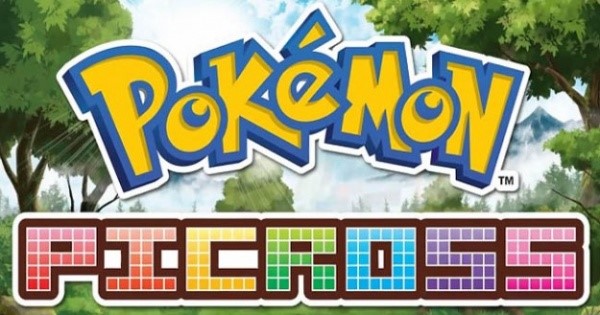 Pokémon Picross is the newest game from Nintendo that features the free to start gameplay model that has slowly been creeping into our 3DS eShop games. While some may scoff at these “freemium” style of games, their popularity cannot be denied. So how does the title stand against the typical picross games available, and more importantly, how does it handle its micro transactions? Let’s solve the puzzle by taking a closer look. 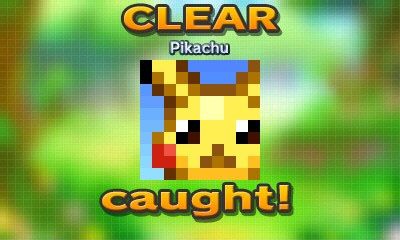 At its core, Pokémon Picross is a puzzle game wherein you must use the numbers given to you in the rows and columns of a graph in order to fill in spaces to complete a picture. Using logic, you fill in blocks to satisfy the requirements of the columns and rows, and place X’s in spots where filling in a square would create a contradiction between the two. For example, if you were solving a 10×10 puzzle and a row had the numbers 2,3 next to it, you would have to find a way to fill out two adjacent squares followed by three adjacent squares in the row’s ten spots available to you. If you’re new to picross and it sounds a little confusing, you’re in luck because the game has a nice set of tutorial stages and daily training that will teach you the basics of how to go about solving the puzzles. 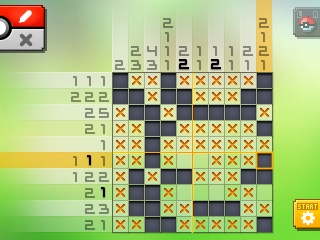 What makes Pokémon Picross a little different from your typical puzzle game is the way it uses Pokémon to help you. As you complete puzzles and catch new pocket monsters, you’ll be able to equip them to use as you riddle out future stages. The Pokémon have a variety of abilities to help you, with some occasionally fixing errors you make while filling out blocks, and others will even fill out small sections of the puzzle for you. Not all of your Poké-helpers are created equal though, as some can only be activated at the beginning of the stage, and some require a recharge time. You initially start out with only two slots available to add the little monsters to your team, but you can unlock up to four party member slots, and the abilities they give you are helpful and give the game that addictive “collect ‘em all” feeling. 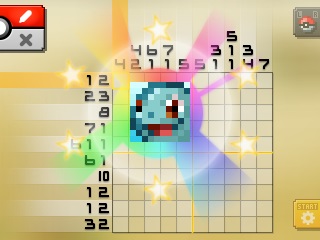 Controls are very simple, with the stylus you can select whether to fill in a square or place an X in a space with a selection tool on the top left of the screen, and then simply touching the spot you wish to place your mark. There are button controls as well, with the D-pad allowing you to move across the grid, and the A button placing a mark while the B button places an X. Both control methods are comfortable and easy to use. It’s important to note that any mark you place will slowly deplete your energy meter, and if it empties you’ll have to wait for it to recharge in order to finish a puzzle. Luckily, the meter can be upgraded to have unlimited use.

In addition to moving from world to world solving the puzzles as you go, the game does offer a little variety in the gameplay with achievements and murals. Performing certain actions in the game with net you achievements which in turn rewards you with picrites, the game’s currency. There are 100 achievements to fulfill, so there is plenty to do for the completionist gamer. Pieces of murals can be obtained by using a certain Pokémon ability or by completing the puzzle your solving by a specific time, and each piece of the mural will have its own short puzzle to solve. Collect all the pieces and solve their puzzles to create large illustrations of Pokémon for you to enjoy. These stage specific achievements add some nice replayability to the stages, and with the chance to earn murals and picrites with each one, it makes it worth going back to try older puzzles again. Add some rare Pokémon that only appear once a day for a short time and have difficult puzzles to complete in order to acquire them, and you have some nice variety to the gameplay. 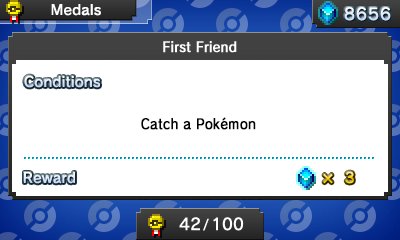 Picrites are the currency of the game, and it’s only through them that you will advance within the game. Picrites are used for everything from unlocking more party slots, to upgrading your energy meter, and unlocking new worlds to play new stages. Make no mistake, you’ll get a decent amount of picrites after you complete the tutorials to get you started, but you will need to purchase more if you wish to continue further into the game once your well has run dry. Once you buy 5,000 picrites though, (about $32 if you buy them efficiently) you’ll be able to acquire as many picrites as you need free of charge. The game keeps track of your purchases as well, so there is no need to buy all 5,000 picrites at once. It may be annoying that the game is designed to force you into paying money in order to advance, but the pay to own the fully unlocked game model is an interesting approach which sounds far more attractive than having an endless affair with the eShop whenever you need more picrites to advance.

As a whole, Pokémon Picross is a fun little spin on the popular fill in the grid puzzle game. The achievement system may not award a ton of picrites, but it’s a fun way to add replayability to the stages while establishing that addictive completionist feeling as you play. At 300 stages, $32 to unlock the full game may feel pretty steep, but the game’s pay in small increments until you own it business model works in Pokémon Picross’ favor. The game is free to try, so if you find yourself enjoying the game it investing in it until you’ve unlocked the free Picrites from the eShop will feel worthwhile to you, especially if they decide to add more puzzles via DLC down the road. If you play the game and decide picross isn’t all that fun, then it’s best not to invest any money in this title and move on.

Pokémon Picross adds that collect ’em all spin to the popular fill in the grid puzzle game. The forced micro transactions may leave a sour note for some, but the pay until you own the full game in small increments business model works well for those who enjoy picross puzzles.