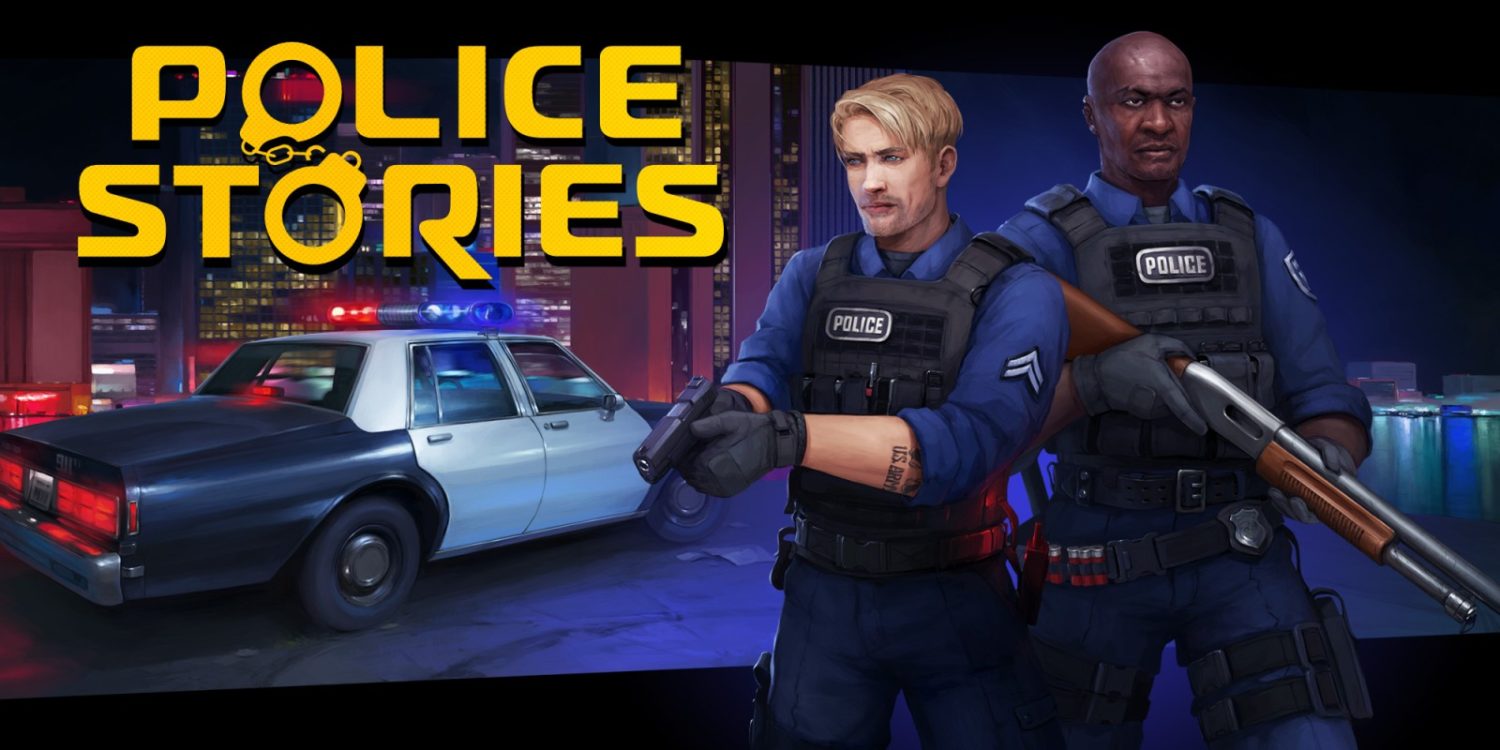 Police Stories is a top-down action shooter developed by Mighty Morgan. It sports a retro aesthetic, a fair amount of violence, and a tactical edge that helps set it apart from most other shooters. It’s also incredibly difficult, which could be its biggest shortcoming. 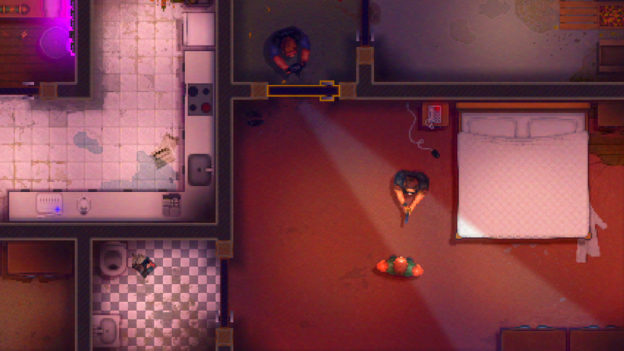 Set in 2015, the story unfolds True Detective-style—that is, via flashbacks from the police officers’ perspectives. You play the role of John Rimes, joined by his best friend and partner, Rick Jones. This interesting approach to the narrative involves your interview in the present about events that took place in 1998. The game’s 18 missions detail what happened that fateful night.

Each mission involves the pair of cops infiltrating a location, like a warehouse or a diner. A minimum number of points is required to move on to the next mission. These are earned based on the amount of suspects arrested, civilians rescued, evidence gathered, and time to complete. 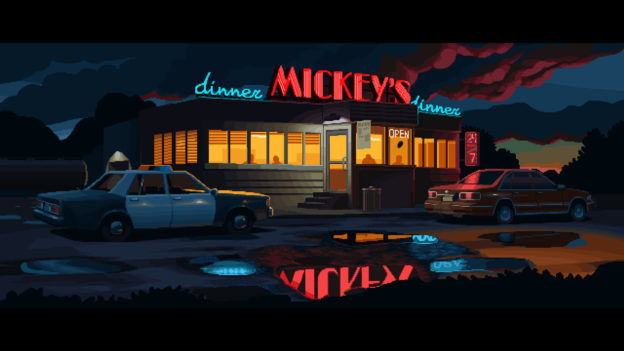 This approach works well in theory, although I have a couple of issues with it. Firstly, it’s inconsistent. When you first complete a mission, no matter how many points you received, the story continues briefly before returning you to the mission select screen, which promptly informs you that the next mission is still locked. So why show me the next part of the story?

Secondly, it’s not well-explained. After finishing the first mission (for the first time), my mission log said I needed 50 more points to unlock mission two. So, I ran through the first one again, earning about 5,000. It turns out that points are not cumulative—instead, you need to accrue a minimum amount in each mission in order to progress. That’s fine, but it wasn’t clear to me, which led to a frustrating experience as I ran through to completion a third time. The game is tough enough without having to repeat missions multiple times in order to unlock the next one. 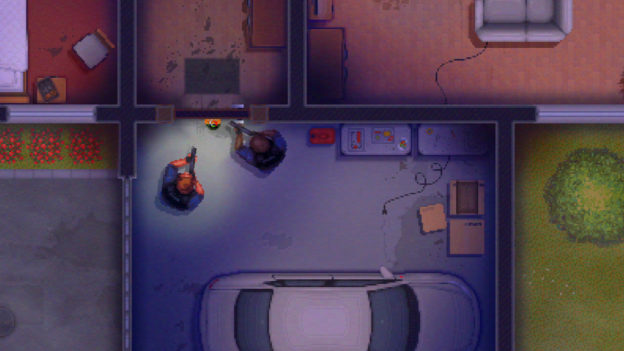 On the plus side, you can play on your own using an AI-controlled partner or buddy up with a real-life partner to play co-op. Co-op works well and is more fun. The AI leaves a lot to be desired since he will sometimes shoot the bad guys before they shoot you. Mostly, he just stands by and watches.

This is where the tactical side comes into play. Your AI partner will follow you and shoot occasionally unless you set him tasks, like standing still to cover you or sending him forward to open a door while you cover him. It’s a nice idea, but I found it a tad fiddly to coordinate. And he still didn’t shoot consistently! It also added a lot of time to missions. This might not be a bad thing in terms of the game’s longevity, but I must have played through level one 50 times before passing it even once. And that became frustrating. 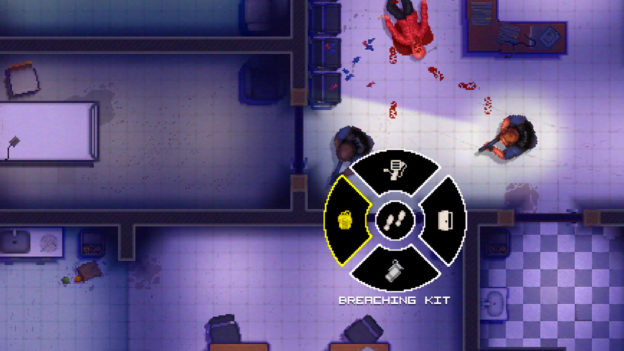 One aspect I absolutely love about Police Stories is that it’s not centred on killing. In fact, if you shoot a suspect who isn’t aiming a gun at you, you lose points. The preferred approach is arresting them. You can do this a couple of ways; frighten them by calling out commands like “Get your hands up!” as you enter a room, or simply smack them with your melee weapon to beat them into submission. Even shooting near them while they’re running can deter them. For a game that’s quite bloody, it’s nice to see a preference for patience and restraint instead of pure violence.

The visuals and audio are also highlights. That retro aesthetic that I mentioned earlier suits the ‘90s setting. It gives it a slightly cartoony feel, especially with the cut scenes, which again helps detract from the violent nature of missions, something I appreciated. I also enjoyed the top-down approach, giving a bird’s-eye view of the locations. You can see suspects darting in and out of rooms, trying to avoid you—or find you. The music is an unbeat, slightly rocky tune that’s not too fast or too slow. It sits nicely in the background to add to the overall experience rather than annoy, especially considering the number of replays I had. 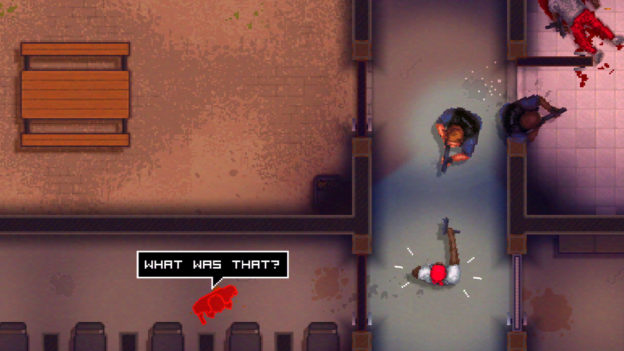 Overall, Police Stories has me divided. After finally passing the first mission I found myself enjoying it a lot more, but I feel like a lot of players won’t have the patience. It looks great and plays well for the most part, despite some inconsistent AI. The sound and graphics are noteworthy, too. But its high level of difficulty can definitely border on frustrating.

Police Stories is a top-down shooter featuring stealthy missions as you work through a case in the late ’90s. There’s a fun and addictive game here, if you can get past the difficulty level.