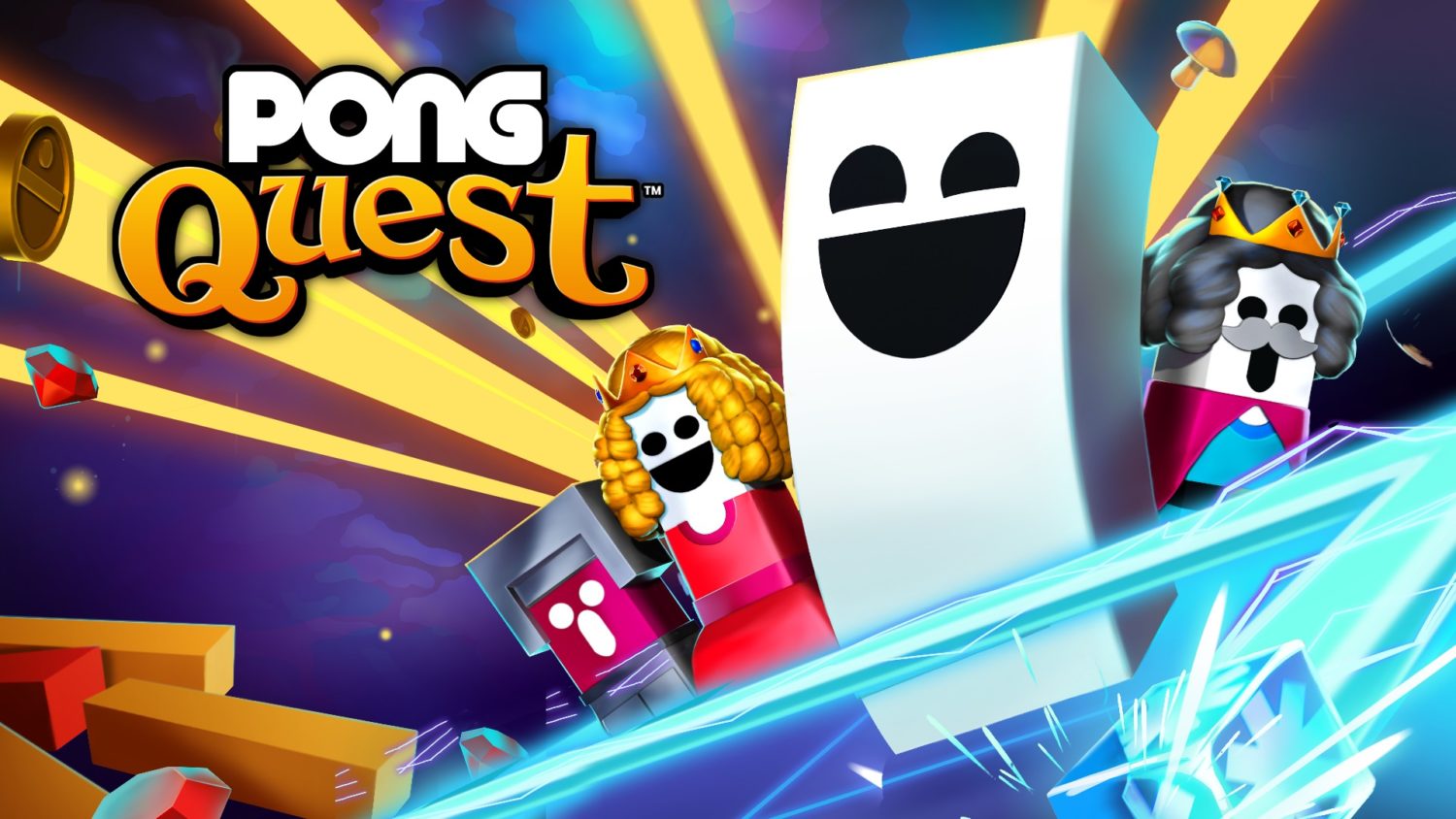 Seems not all paddles are frowned upon in 2020.

You might think at first glance that an RPG based on Pong is a bad idea.

Pong Quest (available now in the Nintendo eShop) takes place in some kind of world where the paddles from 1972’s Pong are living characters that you can dress up and send on adventures. There’s this king, and he needs four orbs to open a “spooky door.” After proving yourself in the training ground, the mission is yours.

This sets you up to explore numerous dungeons, and there’s plenty to do down there. The dungeons are revealed screen by screen like a Castlevania map, only without the numerous violent ways to die. Most simply contain a couple of items to pick up, usually hidden by darkness. Some contain NPC paddles (NPPs?) that present puzzles for you to solve. 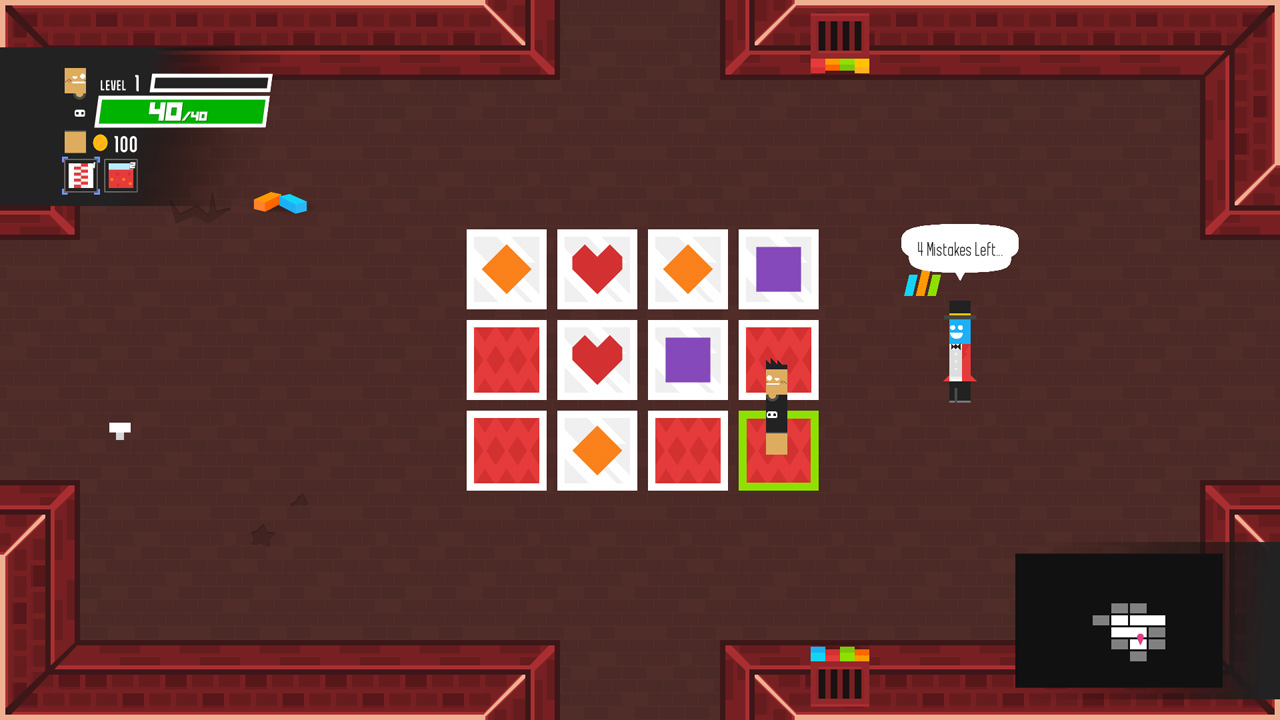 They’re mostly pretty easy, but some are clever, and all do a good job of breaking up the main focus of the game: the Pong battles.

Various enemies roam the dungeons, of course, and they’ll attack when they see you. This tosses you into a quick (and I do mean quick) game of Pong. There’s no score being kept here, however; the goal is to eliminate your opponent by reducing its health bar to zero. 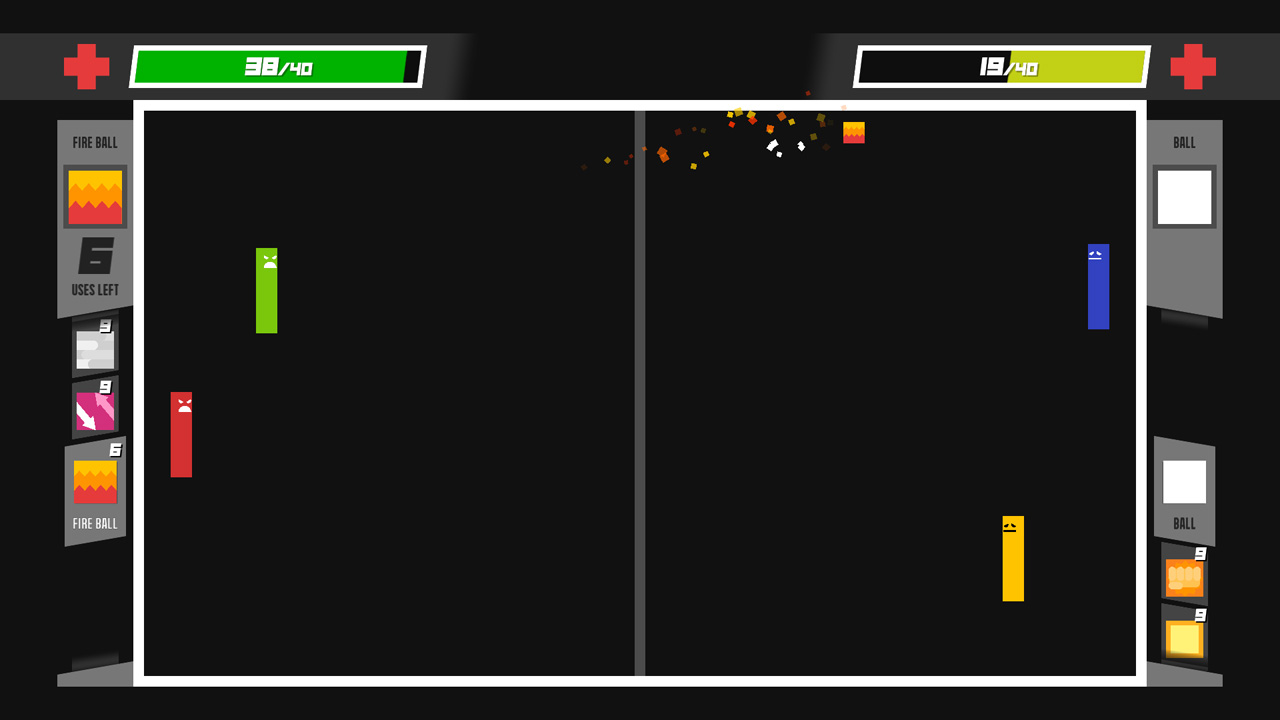 Of course, this being an RPG, plenty of new elements have been added. There are numerous types of balls that you can stock up and call into use. Inventory management is a bit tricky during battles, and you have to line up your balls of choice before combat begins, but it’s all workable. Surprisingly, there is some strategy to consider here. You may find yourself having a hard time against the bosses especially, only to quickly eliminate them when you use the right ball against them.

As you level up, you can determine whether to unlock items such as a larger health bar, a larger inventory capacity, etc. We’re not talking D&D-depth decisions here, but you can tell the developers understand the mechanics. During the actual Pong battles, you lose health each time the ball hits your paddle. As such, a jacked-up health bar will help you push your way through most fights. However, the bosses almost always have a lot more health than you will, so you’ll need the right assortment of weapons/items to beat them. 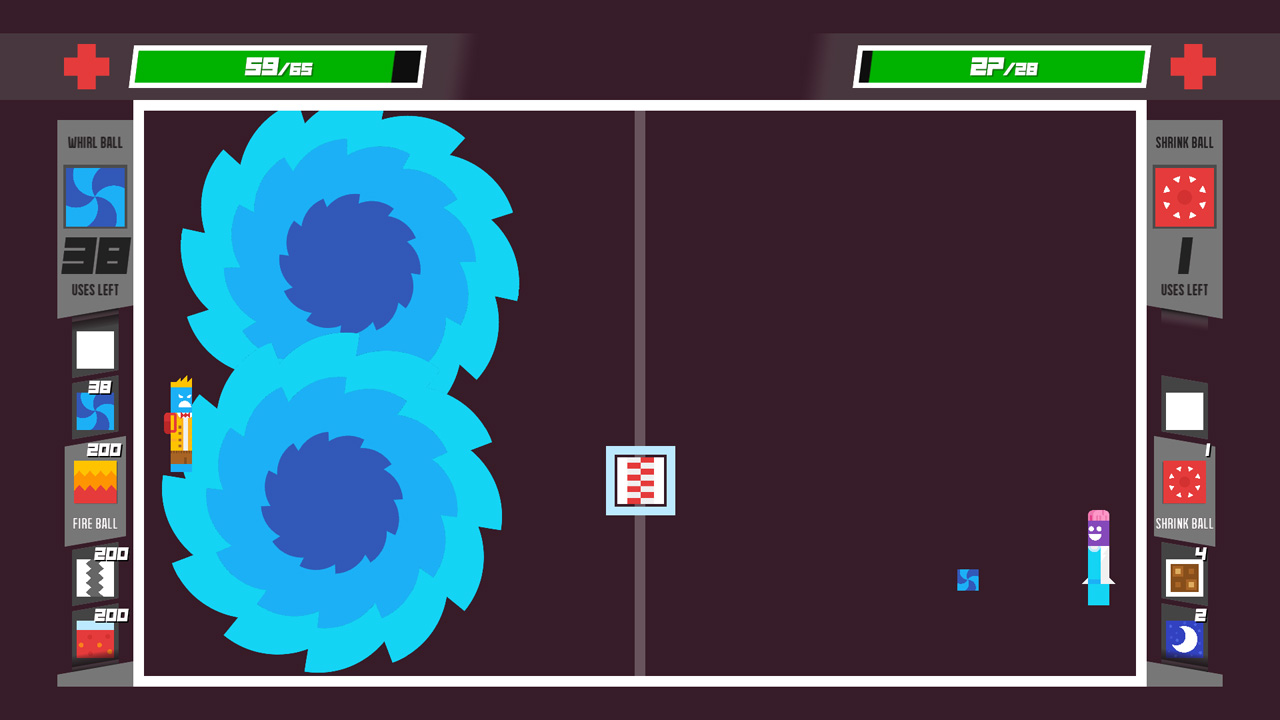 Although the difficulty in Pong Quest is never unbalanced (“brutal,” as PR companies like to mask it), you are going to need to develop some skills to get through the adventure. Thankfully, the vertical paddle movement is maybe the best I’ve seen since the days of playing this with rotary controllers on the Atari 2600. Using the trigger buttons to call up different balls while focusing on the ball on the screen can be tricky, but you get the hang of it.

All of this is wrapped in a colorful, mobile-like shell that seems tailored for the casual gamer. The paddles have little faces, and you can dress them in various outfits and accessories that you unlock throughout the game. I have no interest in changing a character’s clothing unless it alters his armor stats, so my paddle remained in the same outfit throughout its adventure (I did, at least, spend the time to dress him up in Seahawks colors).

Of course, there’s a light-hearted approach to the story-telling, too. It’s filled with jokes, and whether you’ll find any of them funny can be determined by the fact that there’s a paddle named…well, see for yourself. 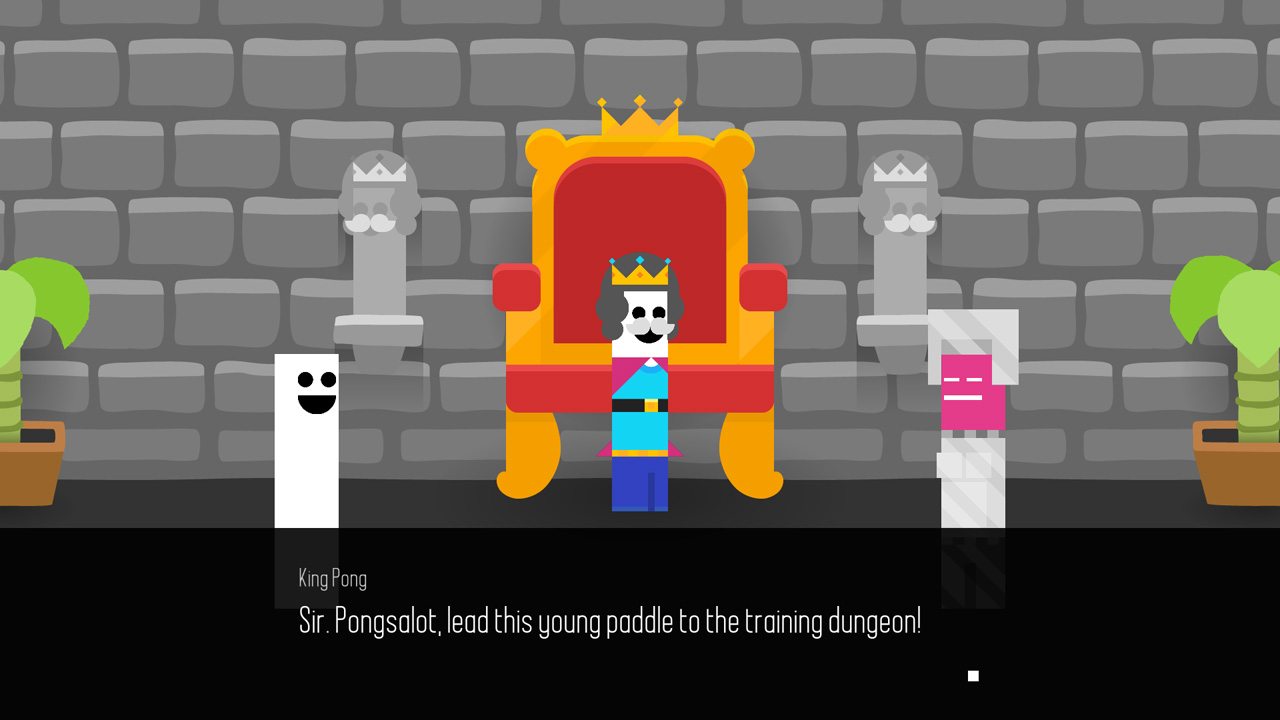 Pong Quest is filled with so much to do and look at that it seems the developers are trying to distract you from the fact that you’re playing Pong. But you are playing Pong. As such, I’m not sure to whom this game would appeal. Its RPG mechanics aren’t enough to engage fans of modern adventure games, and the adornments are going to muddy the experience for retro gamers (although there are some nice reference jokes for them). The multiplayer component is fun for a bit, but not far past that. If you fall somewhere in between, hey…feel free to explore.

Considering their amazing catalog, I’m not sure why Atari keeps trying to make 1972’s Pong relevant for modern gamers. Pong Quest is a clever, valiant run at it, aided by solid controls and some decent multiplayer life. But it’s still just Pong, and the game is at its best when they help you forget that.