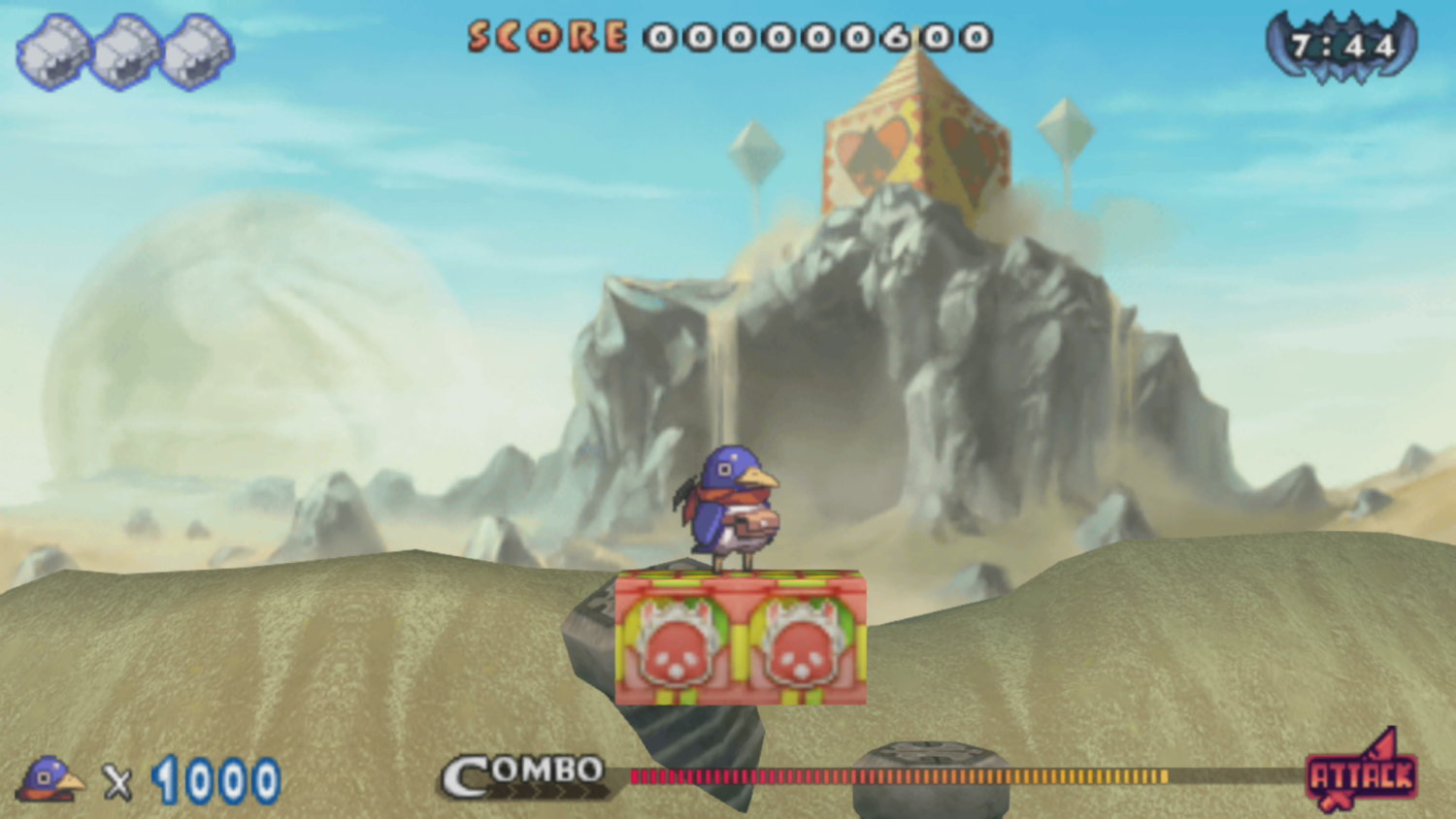 You might imagine that a 2D side-scrolling platformer that allows you 1,000 lives to complete the game would be fairly easy, all things considered. Prinny 1•2: Exploded and Reloaded exists to prove that that can be far from the case.

The bundle contains the two games in which Disgaea’s blank-eyed penguin demons, the Prinnies, take on the starring role. Released for the PlayStation Portable in 2009 and 2011 respectively, the Switch ports of Prinny: Can I Really Be The Hero? and Prinny 2: Dawn of Operation Panties, Dood! make for a charming trip back through time.

Both games are 2D side scrollers set in the Netherworld that mash a dark sense of humour with famously brutal gameplay. The stories of the games are essentially the same. Someone has stolen something from Master Etna – her dessert in the first and her underwear in the second – and you play as her horde of 1000 Prinnies tasked with getting them back. You then quest through various regions of the Netherworld and battle a number of demons and their minions in pursuit of Etna’s things. Both games are immediately endearing. The humour, for the most part, holds up even ten years after it was first written. The inciting incident of Prinny 2 being theft of underwear might not have aged ideally well in the era of #metoo, but at least the thieves are consistently condemned for such behaviour. Generally, it’s difficult not to like the cute little protagonists, with their blank eyes and waddling legs.

The gameplay itself is simple and the controls are easy to pick up in the tutorial stages, which you can replay as often as you want to refresh your memory. You walk, you jump, you attack and there are a handful of little tricks that help you gain an advantage on your stronger opponents. Prinny 2: Dawn of Operation Panties offers a bit more complexity in the form of powerful combo moves.

When they were first released, the original games did attract criticism for imprecise controls. If anything, this feels even clunkier now, especially if you’re used to how smoothly new games play on the Switch. Even so, the Prinny games are fun. The difficulty can be frustrating, but not in the kind of way that stops you from playing. You just keep a closer eye on how many Prinnies you have left as you push on.

Ultimately, the value of these games is nostalgia. They are available for digital download separately, or you can get a physical bundle that also comes with an art book, a poster and some other cool goodies. It’s clearly designed for collectors, whether they’re reliving their Prinny memories or exploring Disgaea’s history for the first time now.

The appeal isn’t going to be quite the same to anyone who isn’t already into Disgaea in general, but the Prinny games are still solid side scrollers that make for an interesting piece of gaming history.

Prinny 1•2: Exploded and Reloaded is a lovely piece of gaming history that holds up decently well and is still a fun little platformer to this day.