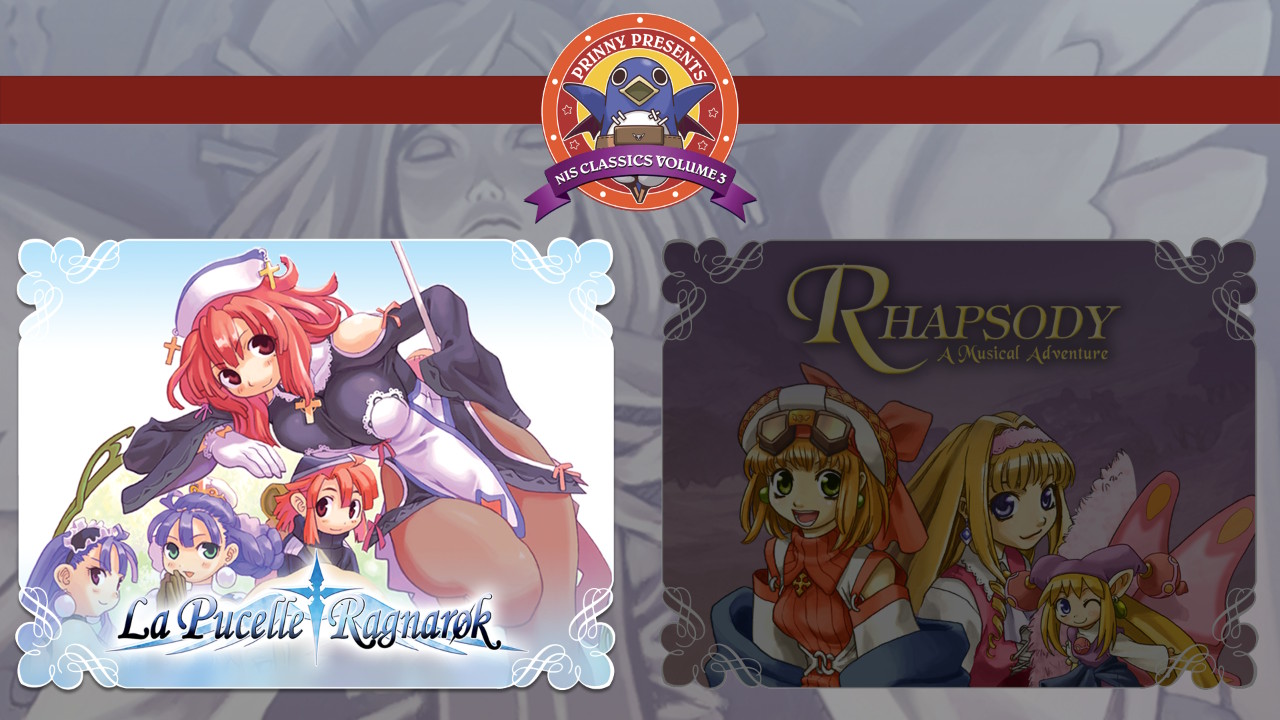 Prinny Presents NIS Classics Volume 3 holds two games: La Pucelle: Ragnarok and Rhapsody: A Musical Adventure. These role-playing games are published by NIS America. Both are similar but have unique differences, so let’s discuss them.

You can play the games in any order. Both are unlocked when you turn on Prinny Presents NIS Classics Volume 3. This is nice if you favor one game over the other. Both have pros and cons. 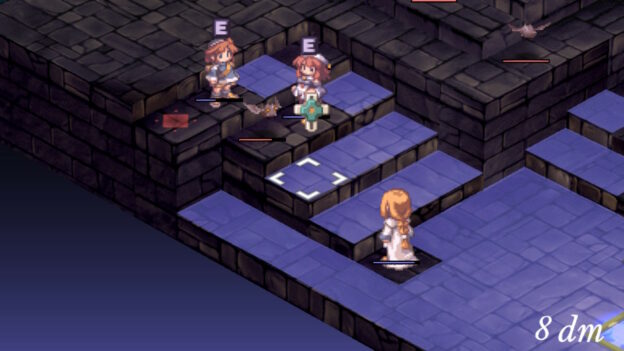 Let’s talk about La Pucelle: Ragnarok first since that’s the first one I played. This is a tactical strategy RPG where you play as a brother-sister duo who are demon hunters as part of the church. They go on adventures with their teacher to defeat the Dark Prince. The sister Prier is on the journey to becoming the Maiden of Light, but honestly… I didn’t care.

When I play RPGs, I love strong characters and the relationships they form on their journeys. La Pucelle: Ragnarok didn’t do that for me. Prier was a jerk, and all she did was whine and complain. I couldn’t relate to her or the other characters, so I skipped much of the dialogue. It ruined the story for me, too, because I had no feelings for these characters, so I didn’t care if they won or lost.

The gameplay is simple and repetitive at times. As with most tactical strategy games, battles are more interactive on the battlefield than simply hitting the attack button. All characters have melee attacks, but some also have magic. Each turn allows for two actions per character. You can move them and attack enemies. Most battles aimed to defeat all the enemies in the room or defeat the boss. The areas in the game have multiple rooms for you to clear before moving on to the next one. You can always return to the church to heal or revive fallen party members between rooms. 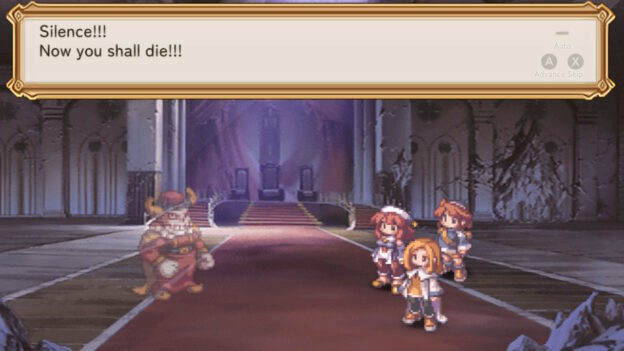 What’s unique about the battles is that they have energy portals on the battlefield. If you step on these, you “purify” the portal, making it disappear. These portals, if not closed, allow more enemies to come through within a few turns. You can also point the portal in the direction of an enemy to harm them as you purify it for an extra attack. On the other hand, instead of attacking an enemy, you can use multiple turns to purify them and recruit them to your team.

Then, you rinse and repeat. There isn’t too much to the game aside from that. The battles are fun when you first start the game because the purifying is unique. Other than that, the game became too repetitive for me. With the lack of connection I had with the characters and story, the overall game became dull. However, depending on your choices throughout the game, the chapters have different endings. So, there’s some replayability there, but again, the gameplay itself was too repetitive for me to want to go back and play more. 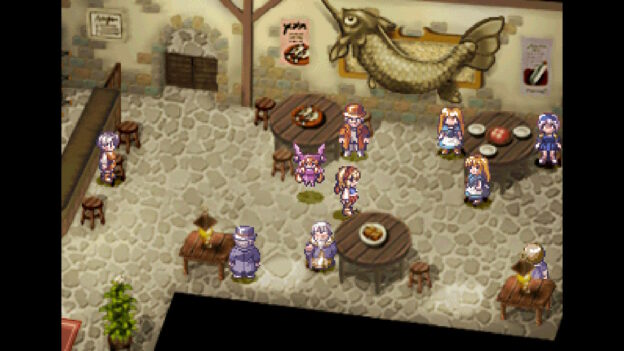 Then, I moved on to Rhapsody: A Musical Adventure. I enjoyed this game more than the former, but I had one major issue. First, I’ll discuss what I liked about it. This game is similar, and you follow Cornet, who plays the horn and sings. She can also talk to puppets. These puppets can come alive and join your party. In addition, some monsters you defeat in battle may want to join your party. (Alternatively, you can sell these monsters to earn extra money.)

I enjoyed the characters more in this game as they go on an adventure to save the prince, who was turned to stone by a witch. Gameplay includes exploring various areas, such as different towns and forests. You get into wild battles with monsters, bringing you into a tactical strategy fight. This game contains more straightforward battles. For example, you can move your characters on the battlefield and attack using melee weapons (or a horn, in Cornet’s case) or magic. Your characters then learn experience points, allowing them to level up and learn new skills and moves. 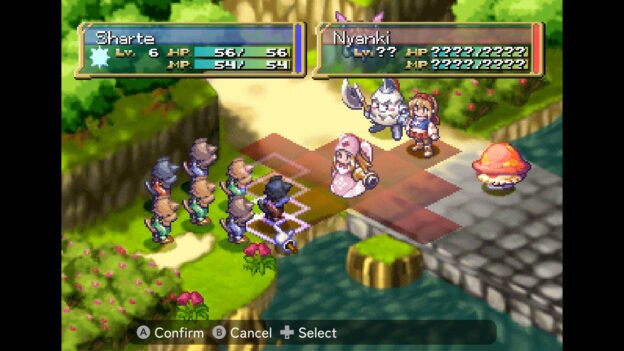 I had a major problem with this game because I always got stuck. There are many areas to go to and many people to talk to. The game offers no tutorials or help. I often knew what to do next but didn’t know how to do it in the game. I had no idea who to talk to or where to go next. Most of my time was spent wandering around, trying to get to the next part, which would take me little to no time to get through. Then I’d be stuck again, wandering around.

Overall, both games had fun graphics and pixelated characters. The music was fun, and the voice acting was excellent. However, I needed more variety in the gameplay and wish I could have connected with the characters more. If you’re a fan of tactical strategy games, then pick this one up.

Both games included fun graphics and pixelated characters. The music was fun, and the voice acting was excellent. However, they needed more variety in the gameplay.