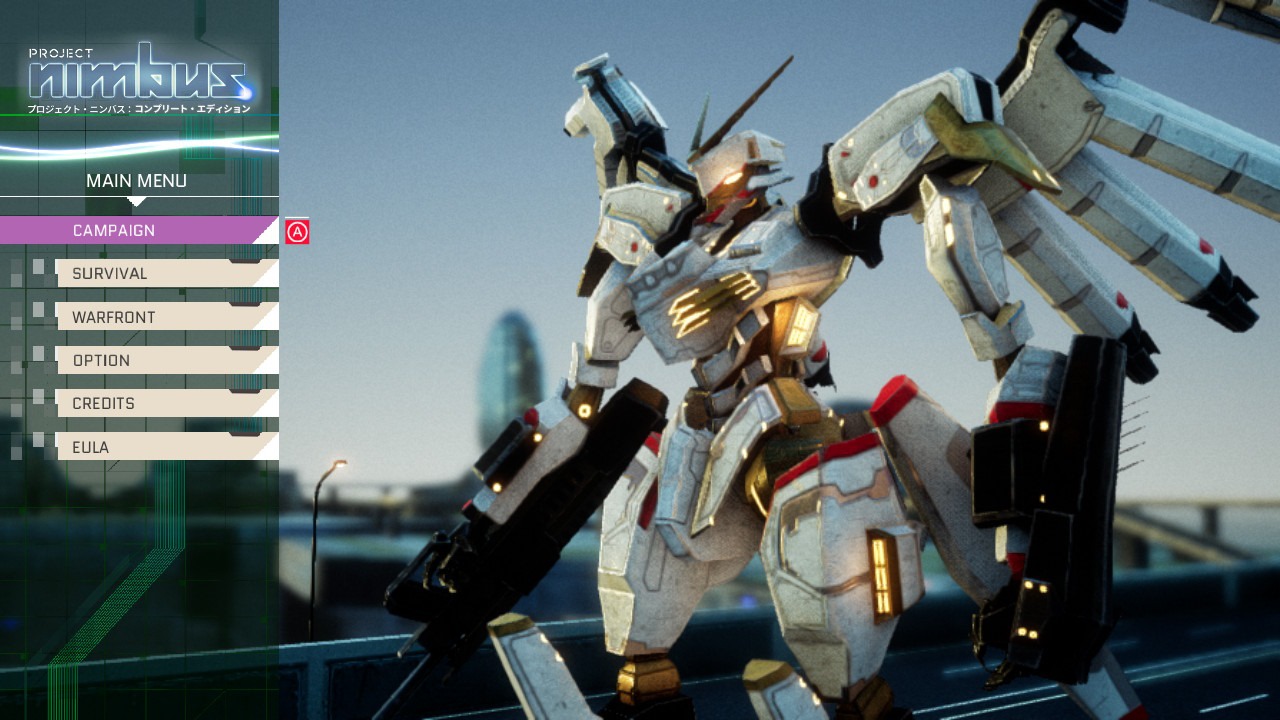 Developed and published by GameTomo, Project Nimbus: Complete Edition is an action-arcade game for the Nintendo Switch that’s all about mechs and shooting down enemies in the sky. Set in a futuristic Earth that’s nearly destroyed, these mechs are humanized to fight in the skies and defend their territory in World War III. 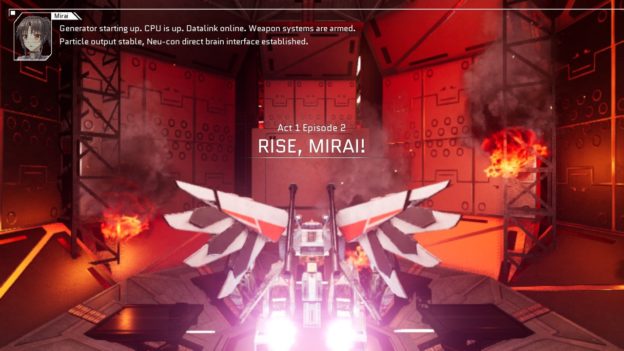 There are three modes to the game: Campaign, Survival, and Warfront. All are similar to each other. The campaign is the main story mode as you take control of various mech and go through battle after battle while the actual humans tell you what to do. Survival allows you to pick a mech – thankfully, you don’t need to unlock them in the campaign mode first – and then you’re thrown into an endless wave of enemies. You just need to survive as long as you can and beat your high score.

Warfront is a mix of the other two modes. You start with the weakest machine and go through various battles. Each battle earns you points to up your rank. This allows you to unlock more mechs to choose from as well as different battles such as assassinations or defending your base, and you also earn resources. These resource points allow you to upgrade the various mechs you have by their fire rate, armor, boost rate, and more. I stuck with the warfront mode because I love earning points and getting high scores. I felt like I made more progress in that mode than I did in the campaign mode. 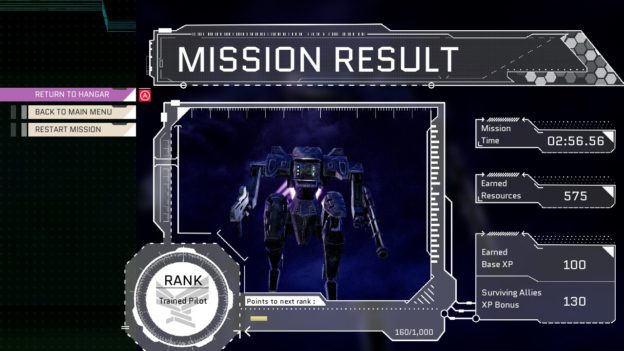 One thing I really pay attention to in games is the control system. I have small hands which is a reason I prefer Joy-Con controllers compared to any other console controllers. So, when games use all the buttons I have a hard time playing because my fingers can’t do it all at once. Project Nimbus: Complete Edition uses every single button on the Joy-Con. It made certain battles so difficult for me that I ended up finding another way around them to beat the levels.

The left joystick moves you in all directions while the right joystick moves the 360 camera. Having a 360 view is great, however, the target lock button is R while shooting your bullets is ZR. If your mech had an energy blade, a sword, that was the A button. Considering you can only look in different directions by moving the camera (your mech will just stare back at you through the screen if you turn them around without moving the camera), my thumb could only do so much at once. I had to stop shooting, find my enemies, and then try to start up again. Of course, by that time, they were off going behind me again. 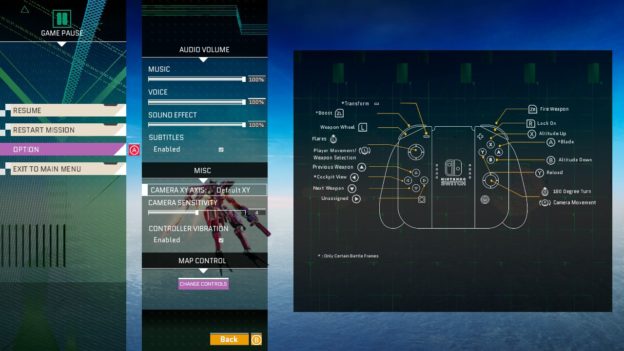 This isn’t necessarily a flaw in the game, though. These mechs can do a lot between swinging energy blades, shooting machine guns, missiles, or other various weapons, boosting to go faster, shielding, and more. If this war happened in real life, whoever had these things on their side would surely dominate. It’s something to get used to, but the tutorial at the beginning of the campaign mode is well done and easy for you to learn. I just don’t have quick fingers.

Plus, the controls are smooth. I never encountered any lag, and the controls responded quickly despite my fumbling. This was done well. 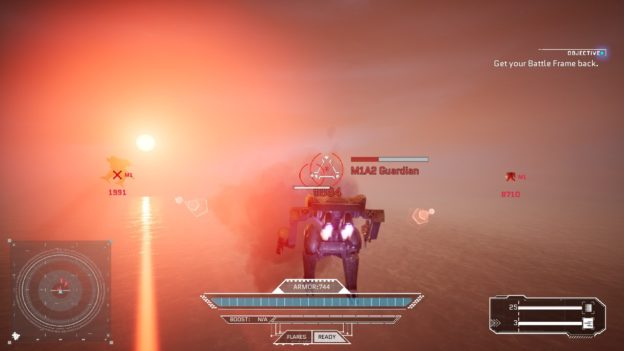 This game excels with its graphics and music. The visuals are crisp and vivid despite it practically being the end of the world and everything is destroyed. There are different map areas to battle in—from the ocean to Siberia to South Korea and a few others. The backgrounds are always pretty, especially depending on the time of day. However, the game moves too quickly for you to really pay attention to the finer details and admire the sunset on the horizon.

Also, the music is just as well. Above the shooting and explosions, it’s amped up and has a great beat that gets you pumped and ready for battle. 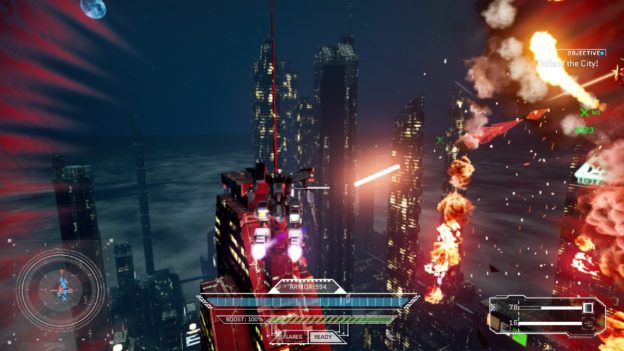 Overall, Project Nimbus: Complete Edition is a solid game. The graphics and music are spot-on, the controls are responsive, and there’s plenty of action to keep you busy for a while. While there are a lot of mechs to choose from, other than general upgrades there’s no customization. However, I feel like those cosmetics can be done without in this game. After all, there’s so much more happening on screen that you won’t pay attention to how pretty your robot is.

Project Nimbus: Complete Edition is a fast-paced, action-packed shooter with smooth controls, vivid graphics, and three different modes to keep you busy for a while. At the price of $20, it’s worth a try.