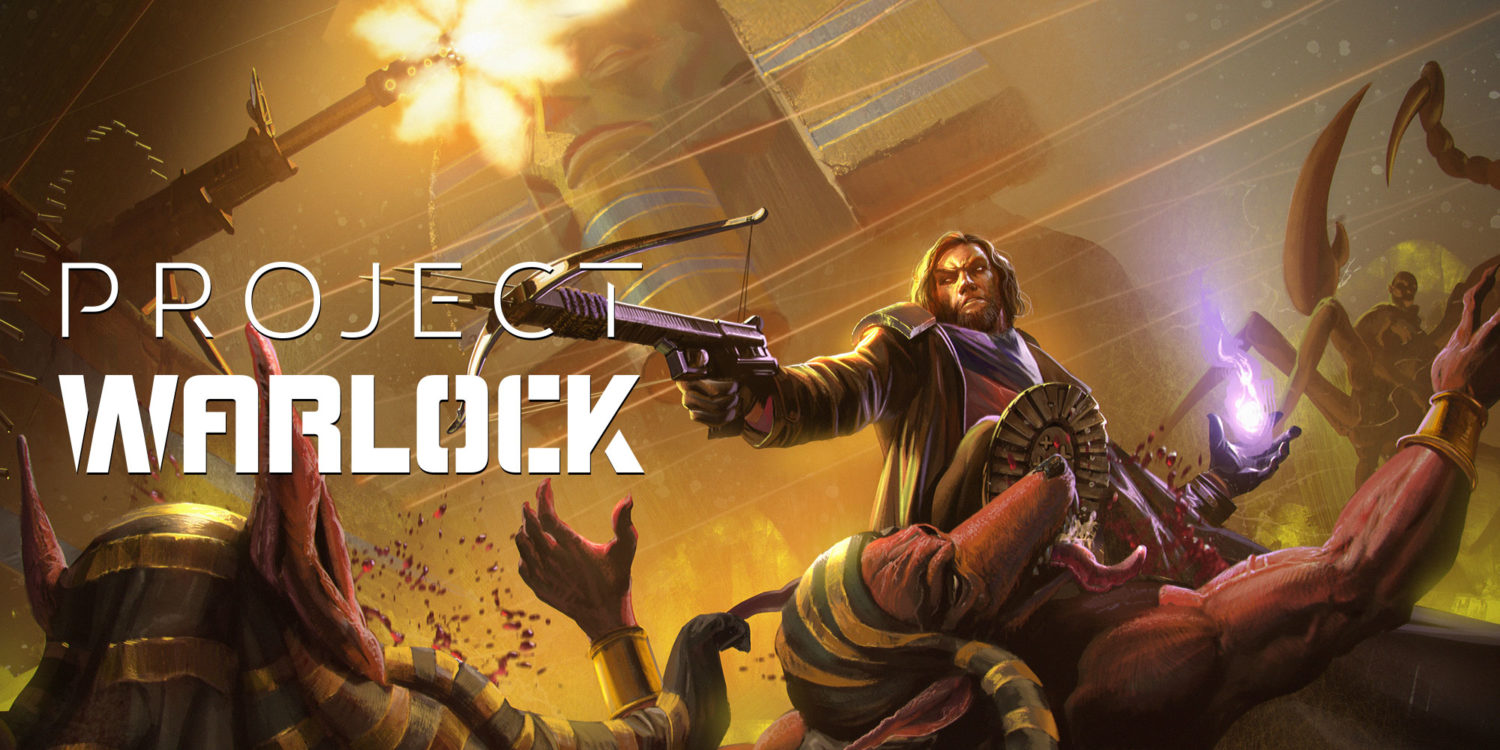 Project Warlock is a first-person shooter from Buckshot Software. It sports a retro look that will immediately bring to mind the original Doom game of the ‘90s. To put it bluntly: if you like old-school shooters, you’ll enjoy this game. If not, it probably won’t convert you.

This is a tricky game for me to review; it’s simply not made for me. I was never a Doom aficionado, though I had friends who were heavily influenced by this popular game. Project Warlock harkens back to the days of old-school shooters in a huge way—it’s like a love letter to the original Doom. 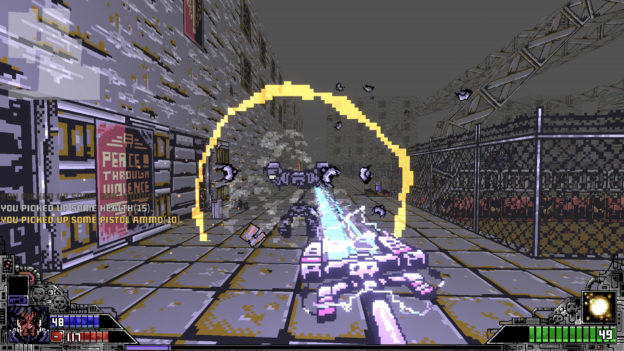 It’s also extremely difficult; even playing the easiest mode, I died. A lot. To be fair, this isn’t typically my genre of choice—give me a platformer or an RPG any day—but I constantly died, despite the many health top-ups littered around the maze-like levels.

There are actually four difficulty modes, with harder levels leaving less room for error; permadeath is real here. What makes it frustrating, though, is the steep learning curve. Project Warlock doesn’t ease you into the game at all—you’re literally thrown in the deep end, with crazy-hard enemies jumping out at you from the get-go. This is something to keep in mind as the high difficulty level could put off some players. On the other hand, if you like a challenge, you’ll be pleased with this notion. 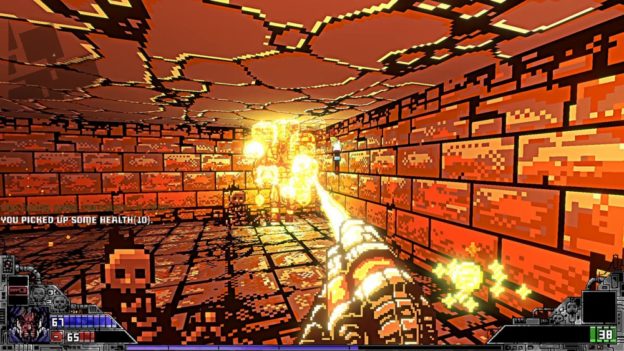 The labyrinthian levels are fun to roam, with quick and devastating enemies. Trap doors and secret passages are scattered throughout, ready to take you by surprise. Considering levels are static—there’s no procedural generation here—these surprises keep the levels feeling fresh. It certainly kept my heart pumping. On the other hand, where’s my map? I’d find it useful to see where I’ve been and where I’m going.

The range of weapons is surprisingly limited at first, adding to that difficulty level. You’re only gifted with melee-style weapons initially; not that my aim is great, but I’d feel safer holding something that attacks from a distance when giant bats are soaring at me, spitting fire. These long-range weapons come later, along with many, many others, giving you the chance to pick and choose based on your preference.

The game is laid out over several stages, complete with a boss fight at the end—you’d better believe these are hard. There’s also a workshop that you can visit to upgrade your stats, which is a nice touch and a good time-out from the gory action. It also adds a little RPG element into the mix (yay!). Again, there’s no hand-holding here—you just have to work out how to use the workshop on your own. 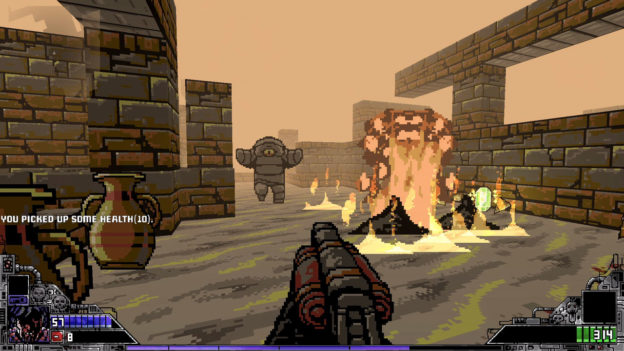 Graphically speaking, the developers have done a great job at mimicking the Doom aesthetic. Even from a non-fan like myself, I can appreciate the retro visuals. There’s also plenty of gore, so, if that’s your thing, you’ll love it.

Overall, Project Warlock is one for the fans. It will more than likely appeal to those who fondly remember old-school first-person shooters like Doom. There’s some decent action with plenty of retro visuals and a steep learning curve, though there could be a better tutorial or guidance system. I wouldn’t say it did much to convert a non-shooter fan like me, but I still found enjoyment. Those who relish the good ol’ days of FPS will appreciate this homage to better times.

Project Warlock is a FPS that pays homage to classic ’90s shooters like Doom. If you like mazes filled with hardcore monsters and plenty of gore, this game will probably be of interest to you.