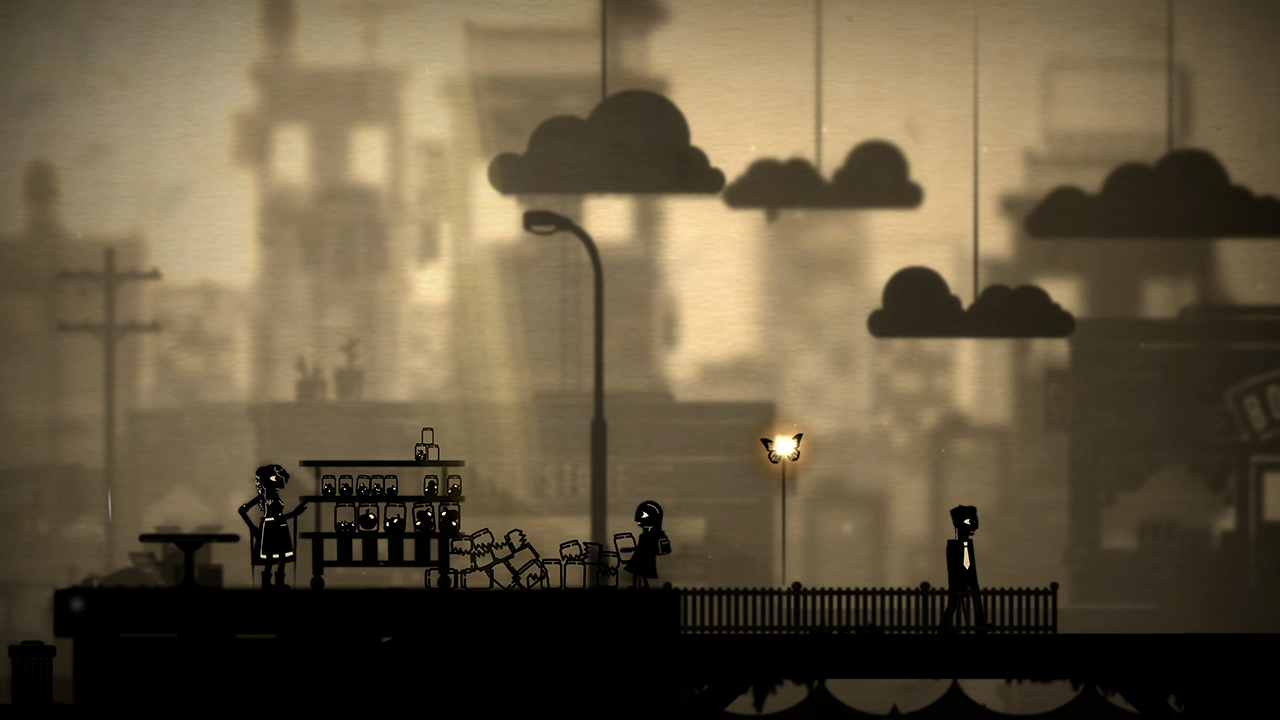 Set in a magical shadow puppet world, Projection: First Light integrates a simple core concept into every facet of the game. It is built into the aesthetic, the story and gameplay mechanics in a way that cleverly weaves the three together and takes you on a journey through history.

You play as a little girl named Greta as she follows a butterfly on an adventure through time. The game is split into four parts that take place in Indonesia, China, Turkey and England, depicting the evolution of shadow puppet theatre and the legends it has told over the centuries.

The world is made up entirely of shadow puppets, right done to the sticks that would control Greta’s little paper limbs as she runs and jumps. You also control a light that shines from the far distance. The way you move the light will affect the shadows around Greta, changing the shape of each platform she crosses as the angle of the light moves. 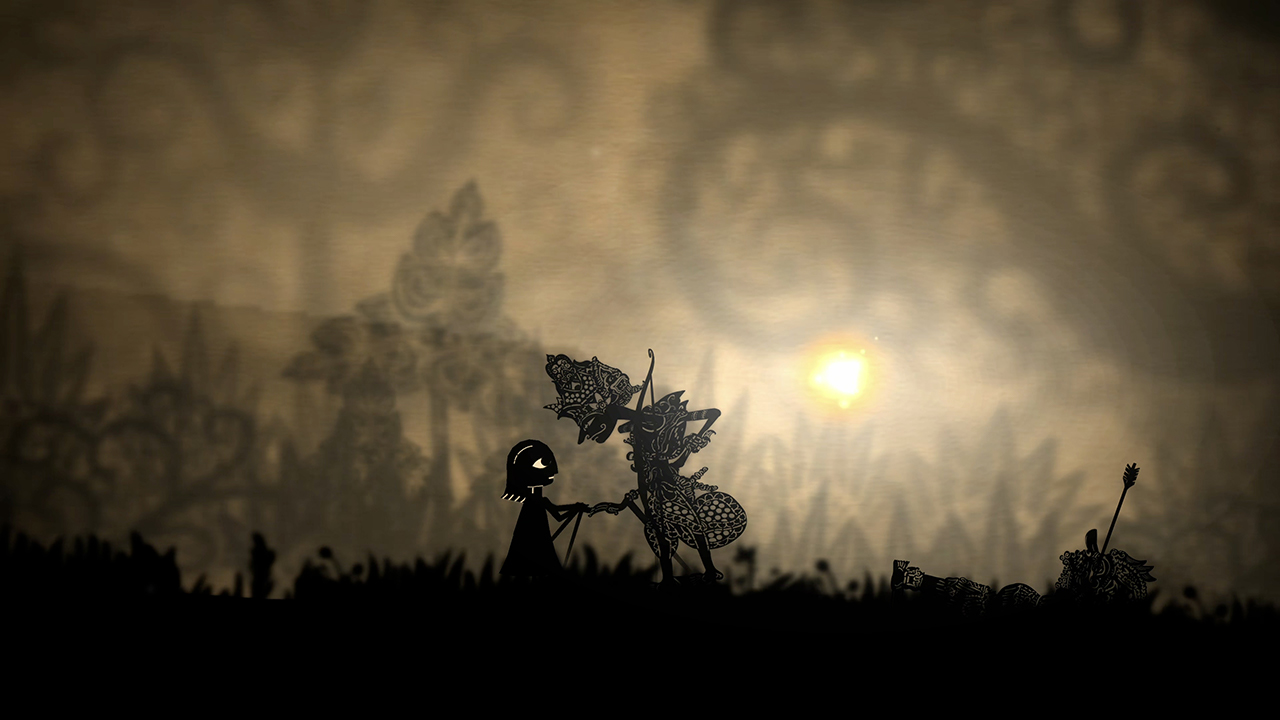 You have to figure out how to get Greta across each stage by moving the light so the shadows it casts align so she can climb across whatever obstacles might be in her way. This mechanic makes for really clever gameplay that fits beautifully with the aesthetic and, once you’ve got the hang of controlling two separate entities, is a fun and unique challenge. In later stages, more complicated puzzles are introduced in which you have to use the shadows to manipulate moving parts of the landscape as well as the platforms for Greta.

You do have to be quite specific in controlling the light; sometimes the slightest nudge can make a shadow completely disappear. Or even appear very suddenly, sometimes consuming Greta entirely and other times knocking her off whatever she’s standing on. The control sensitivity can make some parts of the game incredibly frustrating if you have even the slightest bit of controller drift to worry about. 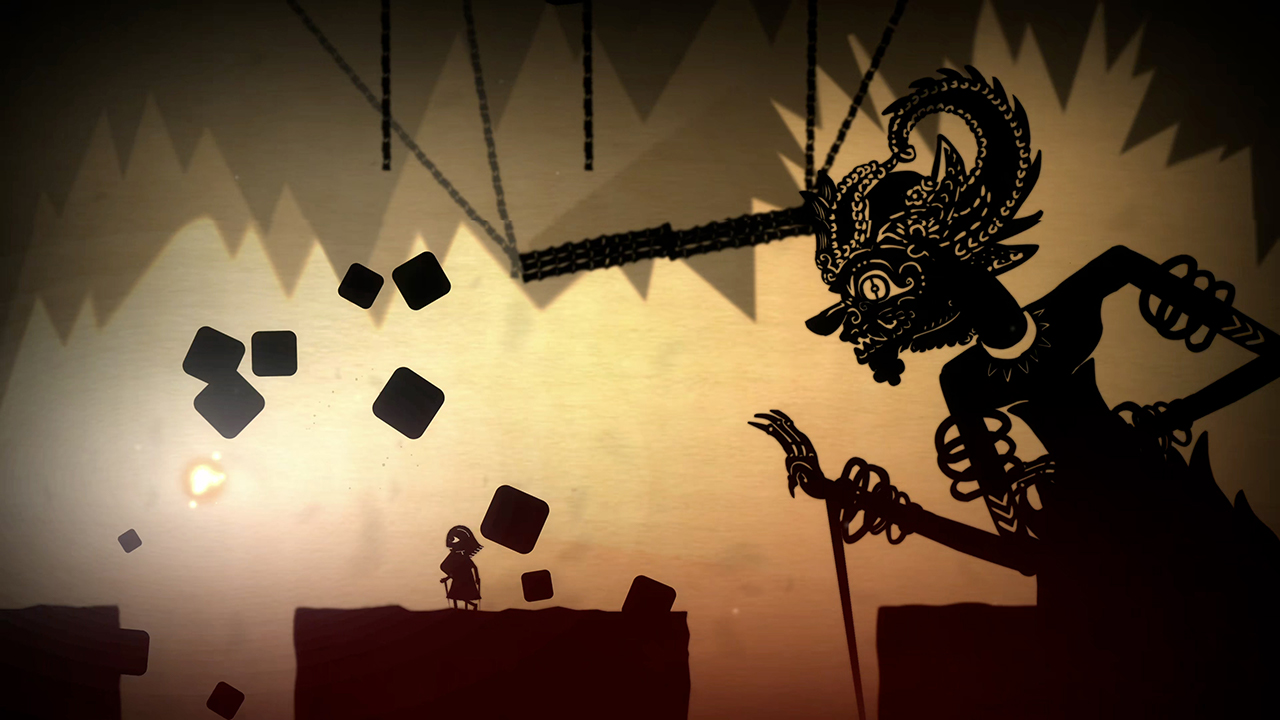 The gentle music and aesthetic can become jarring at the more difficult parts of the game. The soothing tunes in the background don’t match up with the tension that comes with having to precisely hold onto a shadow. For the most part, though, it is lovely and adds an extra layer to the setting of each section of the game.

Projection: First Light takes you an adventure where you’ll encounter gods and monsters, but never makes you feel any less light-hearted than in that first level where you are simply a little girl chasing a butterfly. You have to be precise and fairly patient, but the silent narrative is wonderful and set against a gorgeous global backdrop.

Projection: First Light is a game that requires patience, but if you enjoy sprawling, beautifully designed platformers, it is worth playing.