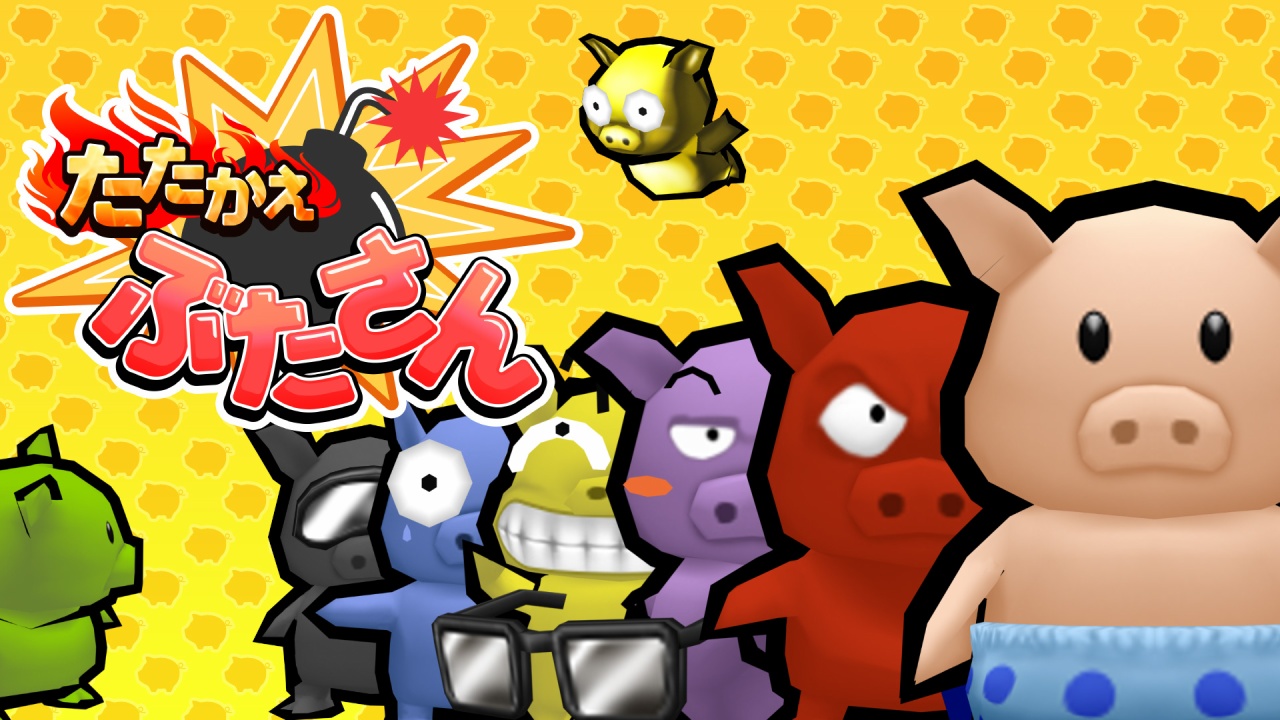 Psycho Pigs is a fun little title that is very much about fast and furious gameplay.

The game is actually the remake of an arcade game from the 1980s, though I’d never heard of it before. The goal is simple: you play as a pig who throws bombs at other pigs, with the endgame being the last pig standing. You’ll have to survive a number of rounds to make it through the set, and each round introduces a number of new pigs to face off.

Not having played the original, this game immediately reminded me of Bomberman. I was a big fan of that franchise on the SNES, and this has a similar look and feel. It’s less tactical, since there’s no maze of bricks to destroy, but if you remember the crazy, free-for-all levels without walls, you get an idea of how this game plays. Even the intro screen and music are Bomberman-esque, which is to say it’s cute, bright, and retro. 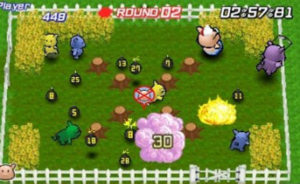 Psycho Pigs does have a few tricks up its sleeve though. For example, there are bushes to hide behind, plus different types of bombs, which countdown to zero before exploding. There’s a referee (I’m guessing) who brings the bombs in from the side so there are always bombs on hand. There are plenty of power-ups to accumulate, including costumes that customize and protect your pig. My favorite is the reading glasses, which for some reason I find hilarious on a pig.

The graphics are fine, nice and colorful and laid out well. It’s generally pretty chaotic on that top screen arena, but I didn’t have any trouble following my little pig around. I did throw bombs at the referee a lot though (which does nothing incidentally). I’m also a big fan of the little things, like menus that look and feel nice and use touch and button inputs (because you should cater for everybody), and this game does that well.

The initial menu actually looks a little like that from Smash Bros., with big, colorful, button-like tiles for each mode. And there are quite a few modes to keep you busy, with several single player modes of varying difficulty levels plus online rankings. There’s a decent multiplayer component too, allowing up to four players online and locally.

The game is easy to pick up and play, with four simple movements: you can walk, duck, punch and throw bombs, while walking into a bomb picks it up automatically. The touch screen serves as a tool for power-ups too. I will admit it’s fun to punch another pig until he’s dizzy, then throw a bomb in his face and win the match. Bwahaha!

Although I did improve with time, there’s a little more luck required than skill. The first few levels are fairly easy though, so it’s not frustrating to jump in and have a play if you’re after a casual bombing fix.

Overall, this is an amusing game to play since it’s silly and fun. It’s also a fast-paced game, easily played for quick intervals before moving on to something else.

A retro-inspired bomb-a-thon, with pigs. This is a fun little title with plenty of options and a humorous premise, and is great for short bursts of action while on the go.