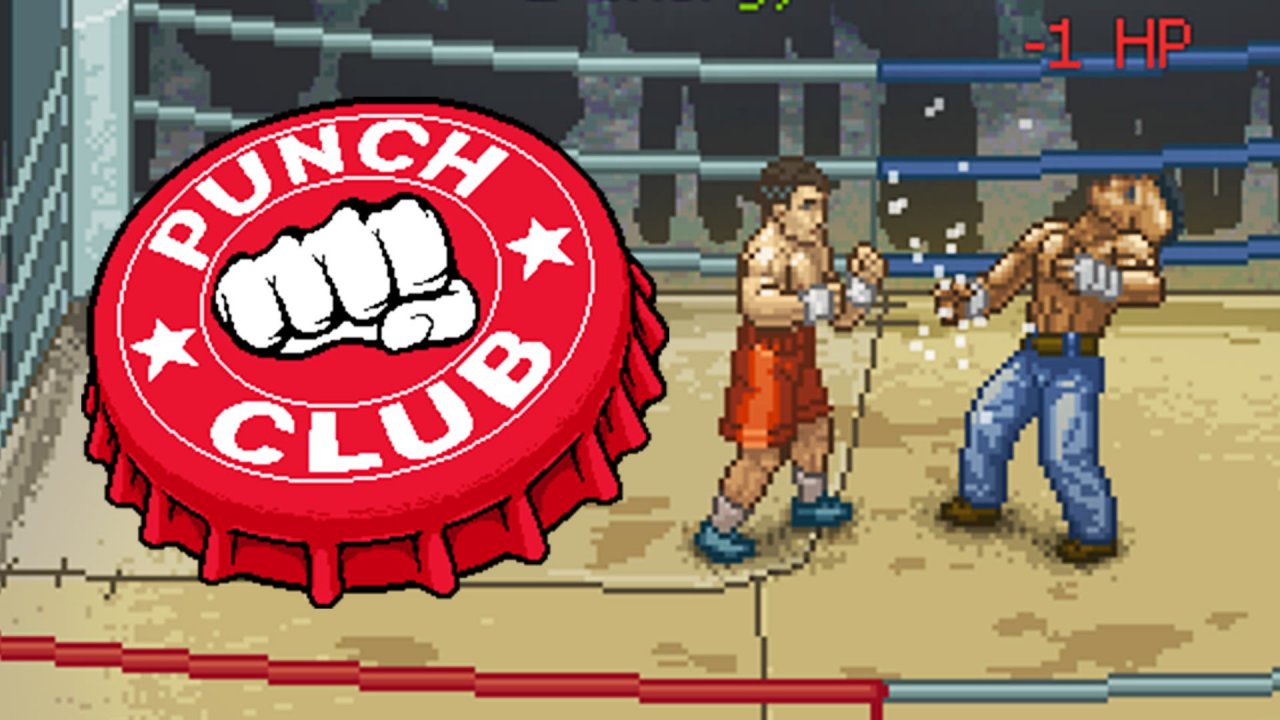 Punch Club is a new fighting management sim with RPG and tycoon elements from Lazy Bear Games. It’s full of fast paced action and surprises you won’t expect. Think Punch Out, only this time you get to train yourself and decide how you want to fight. All while trying to work a job, feed yourself, get a girlfriend and solve the mystery of who murdered your father!

Punch Club is full of references to retro fighting games, and it has that classic SNES look that makes us all warm and fuzzy inside. The first night I played it, 2 hours had flown by before I realized how long I’d been sitting there. For me that’s a LONG time with an indie game so that says something right there. It was everything I expected and more! 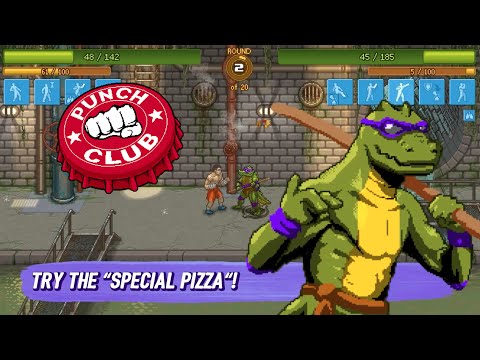 When you begin, you’re treated with a nice little flashback showing your character as a child and his family. Your father is a hard working, world renowned fighter and he’s training you and your brother to be the same. But sadly your training is cut short due to his untimely death. Cut to present day and you are a sloppy teenager, sleeping on a couch in a small, unkempt house of your own 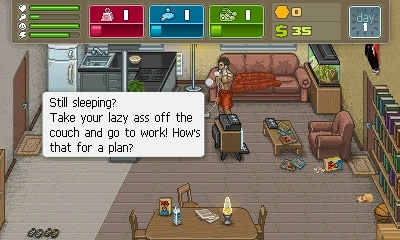 What I loved most about Punch Club is the ability to walk around and interact with things. Before I played I figured all I would be doing is fighting, but there are plenty of things to keep you busy. Actually, almost too many things. It’s really hard to keep up with everything in the small amount of time you have. One day goes by very quickly and traveling back and forth to different destinations takes time away too. You really need to learn how to manage your time and create a daily strategy in order to succeed. 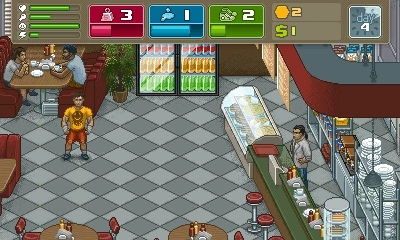 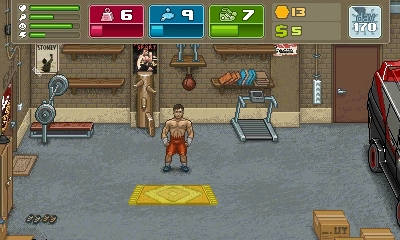 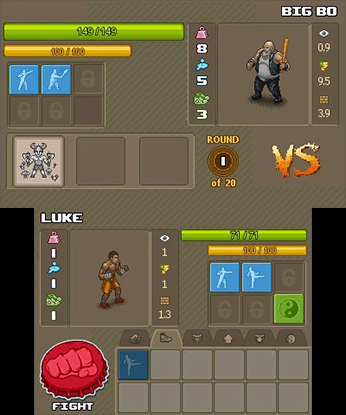 Before a fight (choosing set moves) 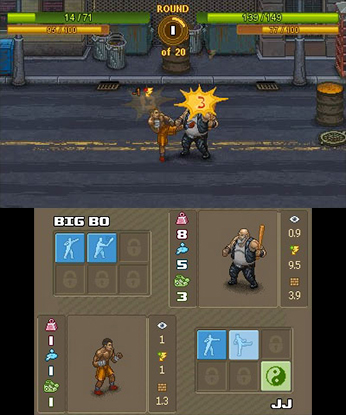 There is a neat storyline with plenty of side missions and fights to participate in. When your player is signed up for a fight there is no way to back out so you need to be prepared when you sign up. The fights themselves are not very interactive but they’re fun to watch. You will make a move set list for your character and they will perform said moves on their opponent. Rooting them on is fun but sometimes you’re just ready to see who wins. It would have been nice to have a fast forward button or something like that to speed things up. I also don’t like how you cant back out of a fight or simply throw the towel in. Sometimes you’re up against guys you have absolutely no chance of beating and you just have to sit there and take whatever they’re dishing out. 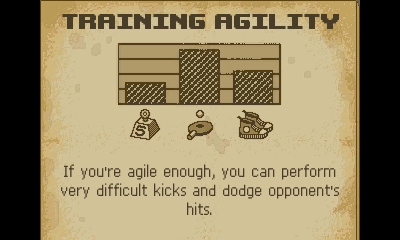 There are tons of fights for you to participate in. The main storyline fights, the street fights, the back alley and abandoned warehouse fights, etc. Luckily fighting itself doesn’t take up any length of your day. Some people might assume its boring because you’re really not “fighting”. Instead, just watching your character fight. But I assure you it’s a lot more interesting and difficult than it sounds. The one thing I did really hate about fighting is that it doesn’t raise your stats at all. You would think that winning a title match against a strong fighter would help your character out a bit in the stats department but it doesn’t. Competing in fights and doinmng good is just a way to progress through the story. Which is cool, there’s just the whole time management and losing stats (everyday) thing to worry about. There is one perk to winning. You will receive tokens that let you unlock new moves and abilities. So that was pretty cool. 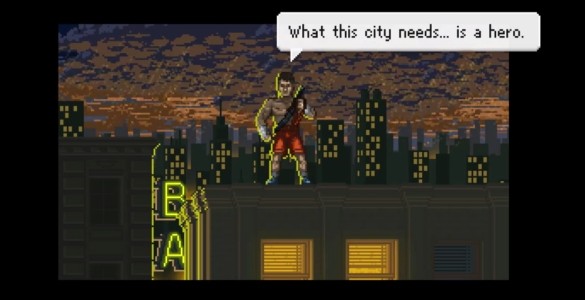 The in game music and graphics are the best part of the game. It makes you feel like you’re in the 90’s again which I always enjoy ;). There are no 3D effects but that’s ok because it’s really not necessary.  To make your character travel to a different location you just simply click on the map with your stylus and touch the location you want to go to. You can either go there by foot and use time out of your day, or take the bus for a small fare. Once you arrive you can freely walk around the small area and interact with the people or surroundings. You don’t get to explore too much but I enjoyed the ability to walk around freely and do as I please. That’s really the only thing keeping Punch Club from being a touch screen only game, is the ability to walk around. 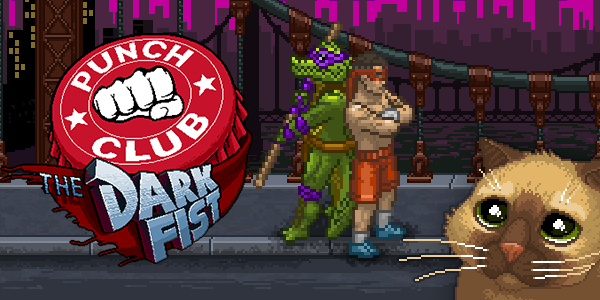 Overall I really enjoyed playing Punch Club. It’s definitely one of the better indie games I’ve played on the 3DS and I think other people will enjoy it too. Even if you’re not a fan of fighting games. Aside from the hilarious dialogue and 80’s\90’s references it’s also a heavily story driven game and even lets you choose your own path so the game has a lot of replay value as well. As of January 9th Punch Club is available on the Nintendo 3DS eshop for the very reasonable price of $9.99 and I highly recommend checking it out.

Punch Club is an awesome indie game with a lot to offer. If you can meet it’s challenging needs and you’re able to master the skill of fighting, it’s a really fun adventure with tons of nostalgic quotes and references.