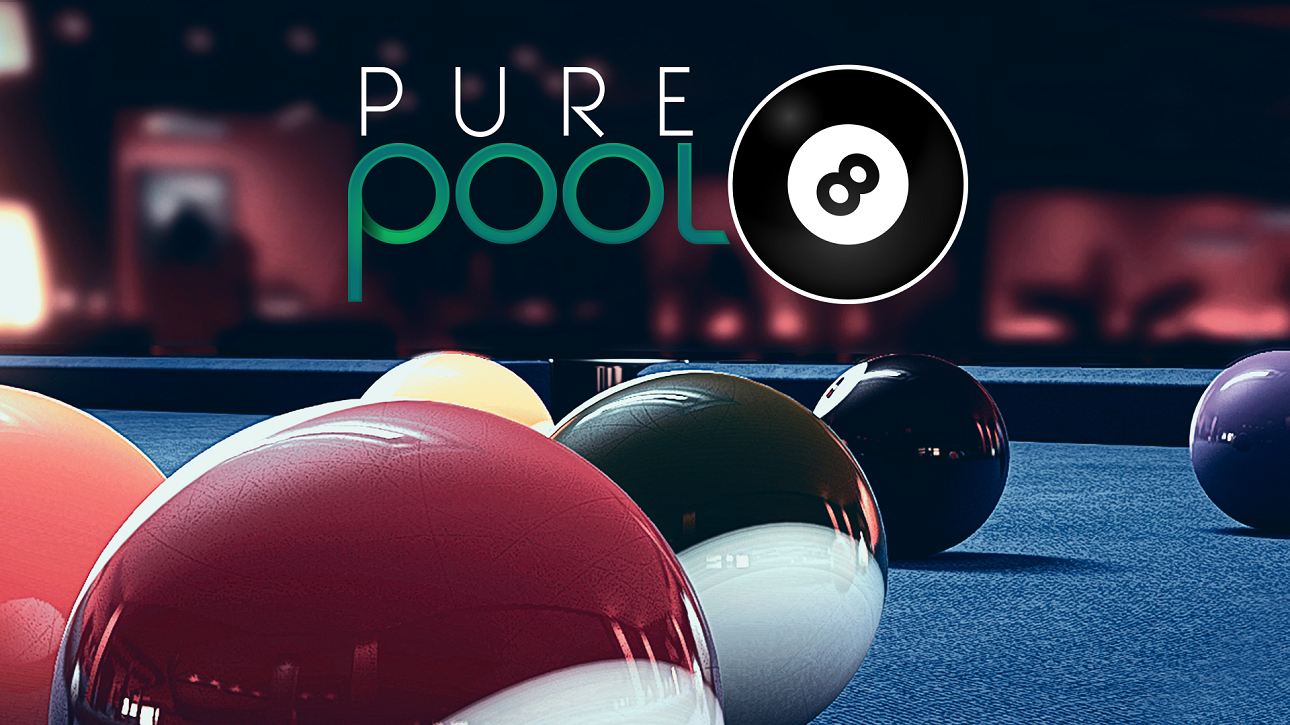 Pure Pool is an addictive billiards simulation. It’s a good game, but a few unfortunate glitches and quirks hold it back a bit. Fans of cue sports will still enjoy having this one on the Nintendo Switch.

I haven’t played other pool games released for the Switch, so I can’t compare them. But Pure Pool is a slick-looking conversion that has all the prior updates and DLC. It includes a lengthy career mode, plus various competitive options as well. Let’s discuss the former first.

It’s enjoyable progressing in your career, starting as an amateur and slowly moving your way up the ranks. There’s a bit of grinding for stars to unlock new tournaments and advance ultimately. Still, there can be some non-linearity with the different modes offered. One example is Speed Pot (clearing the table in a certain length of time). Not every mode is equal in entertainment, but they bring a bit of variety.

Career mode could use a smidge more polish, though. Sometimes I win a match, and the game will attempt to boot me into Snooker, which is always odd. I had a career match freeze on me as well; this could prove incredibly discouraging if it happened again after a best out of five match, for instance. And career could stand a bit more personality. Tiny icons representing your opponents don’t distract but err on the side of spartan. Not significant in the long run, but also not minor enough to avoid mentioning.

Competing is interesting because you aren’t dependent on having a friend in the same room, which is a good thing in these days of COVID-19. You don’t even need your friend to be actively online. You play against what the game calls “online DNA.” Even if it’s not as personal, it’s a smart approach that’s won me over. I just need more friends playing Pure Pool, although there’s plenty of strangers and even DNA from the team at VooFoo Studios.

One area Pure Pool surprisingly struggles with is camera realism. In real life, I can walk around the table and check out potential shots from various angles. Back when I had a table at my house, I was known to circle it frequently. Not so here, as you’re locked onto the cue ball. You can rotate and adjust the height, and I quickly got used to it. But I still find it a curious omission for a sim.

Pure Poll has a few defaults I feel are worth noting. Inverted aiming is one. (You aim with the left stick and control your cue with the right stick). I don’t mind an inverted setup much, but I know it can annoy some, especially younger players less accustomed to it. You can change it in the options or use the touch screen. Another default (one I suggest turning off) comes during potential game-winning shots. The lights get lowered in the room for a dramatic impact. But as a result, you wind up aiming at shadows where you can’t see the pockets. Cool idea on paper, but execution mixed, and slows the game down.

Besides looking slick, Pure Poll has a jazzy soundtrack that’s a great asset. It really immerses you in a pool hall setting. No need to listen to arcade noises with this is a chill approach. It adds a feeling of satisfaction to run the table or bank a difficult shot with a highly listenable soundtrack playing in the background. My one regret is there’s no in-game player to listen to or select specific tracks.

While newer players could be frustrated by camera limits, some gameplay quirks, and overall lack of personality, simulation fans can see minutes turn to hours when playing Pure Pool. It’s a highly entertaining game that I’ve sunk more time into than expected.

While newer players could be frustrated by camera limits, some gameplay quirks, and overall lack of personality, simulation fans can see minutes turn to hours when playing Pure Pool. It’s a highly entertaining game that I’ve sunk more time into than expected.