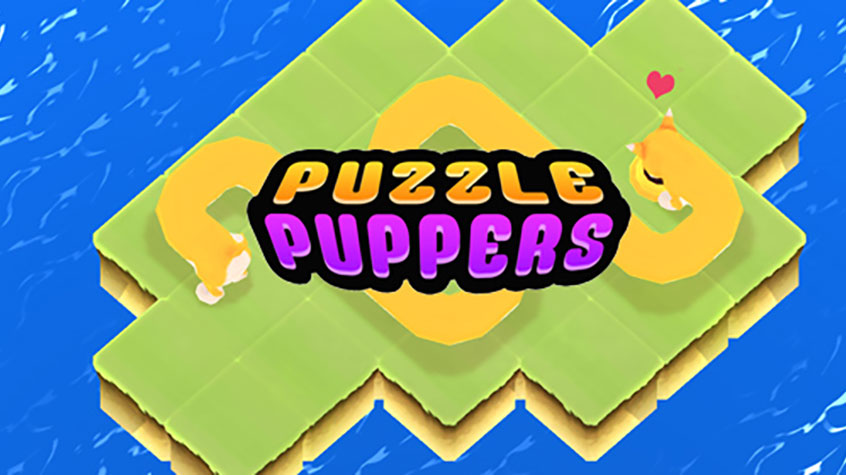 Puzzle Puppers is a unique little puzzle game involving getting puppies to their food bowls. It’s a straightforward premise that’s easy to pick up and play. It’s also super cute. So how much fun is it?

The object of the game is to get your pup to its bowl. The catch is that, instead of walking, these special pups stretch from their starting point, elongating their bodies. Sometimes there’s more than one pup to stretch, and they can’t cross each other’s paths. The ultimate goal is to snake your pup to its bowl, gathering any food bonuses along the way, to achieve a three-heart rating.

The game contains 80 levels, four of which are unlocked from the start. Those first four are easy peasy, but they give you the basics of the game. Completing them unlocks the next five levels. Completing these opens five more, etc. Finishing two of each five will unlock another batch, so you can open up a lot of new levels without having to complete each and every one. This makes it less frustrating if you get stuck. Having said that, it’s not meant to be difficult; this is meant to be a relaxing experience. 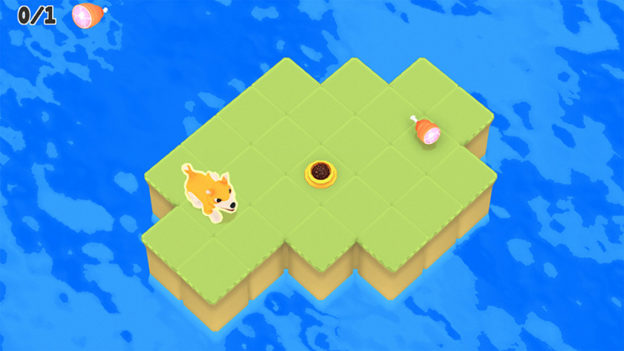 Puzzle Puppers is very well designed, with an intuitive user interface. The simple menu gets you straight into the game, with options for language and audio. The button configuration makes sense – B goes back, as expected! – but you can also use touch controls, a nice inclusion on a touchscreen device. Puzzles load quickly, and the whole thing looks great, with simple, cute sprites and colors that all work together to help set a calm environment.

Each level is actually a little island, presented from an isometric viewpoint. You’ll control up to five dogs per level, manoeuvring them around the grassy plains. There aren’t many obstacles, though there are occasionally holes in the ground, which act like portals. These add a small amount of complexity to the game.

Then, just when things become a little repetitive around level 20, a new mechanic is introduced. A small river appears that acts like a conveyor belt, forcing your pooch to move along it. This opens up a whole new layer of strategic play, since you can use one dog to block the stream for another, helping them access food on the way to their own bowl. It’s so simple, yet so clever, and this is when Puzzle Puppers starts to get really interesting, as some trickier puzzles are introduced. More than one had me declaring them impossible for a short time. They’re not, of course, and trial and error will generally get you there. And it’s so rewarding to figure out. 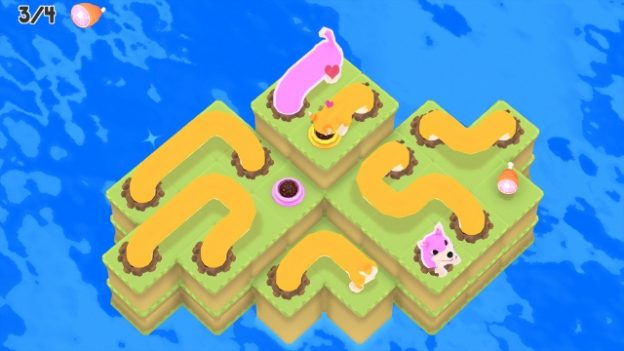 But as I mentioned, this is a very relaxing game; there’s no death, no violence. There is no timer, so you can take your time figuring out each puzzle. There’s soothing music that’s just a little melancholic, like something from a Studio Ghibli movie. Little hearts appear when your dog finds food or its bowl. Even the main menu squeaks when you press it, like a chew toy. It’s all just so cute.

The game’s simplicity extends to its story mode, which is non-existent. Not that it’s needed, but there is literally no dialogue or story, not even a name for your pup. Instead it’s straight into the game. Puzzle Puppers is bursting with cuteness on the surface, but it could possibly benefit from a little more depth and personality. 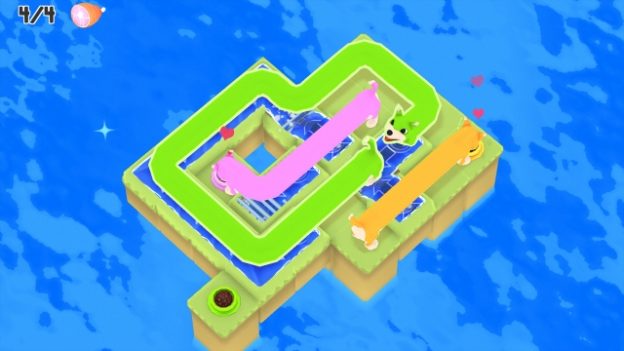 There’s also no tutorial. I had seen the trailer, so knew what to expect, but younger players may not grasp the moves straight away (though the touchscreen makes things easier). This is a minor gripe really, since it’s definitely easy to pick up and play, but I’d hate for anyone to be frustrated and give up from lack of understanding.

Overall, Puzzle Puppers is a great little game that’s bursting with 80 levels of relaxing puzzles. Completing each level with three hearts will provide quite a few hours worth of entertainment. There’s cuteness to spare, despite a lack of story, and at $4.99, it’s great value too.

Puzzle Puppers delivers a relaxing puzzle experience featuring cute puppies that stretch to their food bowls. It’s a simple yet addictive premise, with both easy and more challenging levels to give you several hours of fun. Worth checking it!