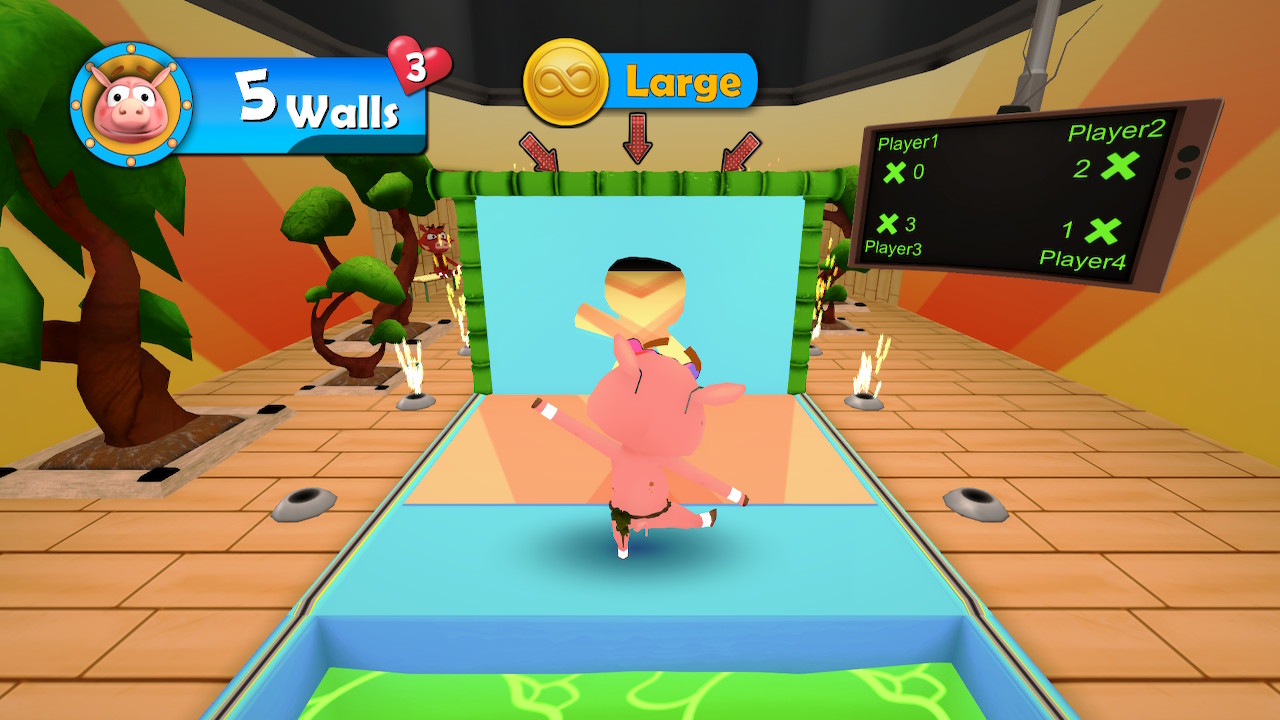 I like the concept behind Puzzle Wall. You’ve likely seen it before on one of those briefly popular game shows that were basically just about knocking people into water for half an hour. A wall with a cutout as if a cartoon character had just jumped through it slides towards a contestant, and he has to contort his body to fit through the cutout. If not, he gets knocked into the water.

Here it is on the Switch. Just that. On a game show, this is one contest in a series of events. Here, it’s just the wall. Not a mini-game in a bigger package, just the wall. 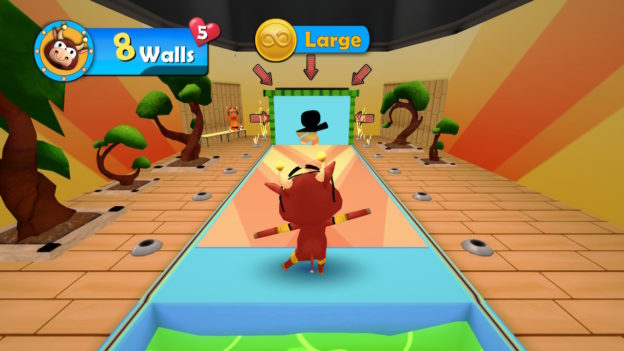 There are a couple interesting variations, granted, but not enough for me to recommend the game to all audiences.

Before I get to those, let’s talk basics. Puzzle Wall puts one player or two contestants at the end of a platform that sits before a pool of very Nickelodeon-ish green water. At the other end is the cutout wall that slides towards you. Your job is to use the Joy-Con controllers (one in each hand) to position your arms so they fit into the cutout as it slides by. Yes, it’s just the arms, as the game wouldn’t want to ask you to strap additional Joy-Cons to your head or feet.

Puzzle Wall would be ridiculously easy if this is all you had to do, so they mix it up by playing with the speed and, to greater difficulty, flipping your character so the wall is coming at your back. 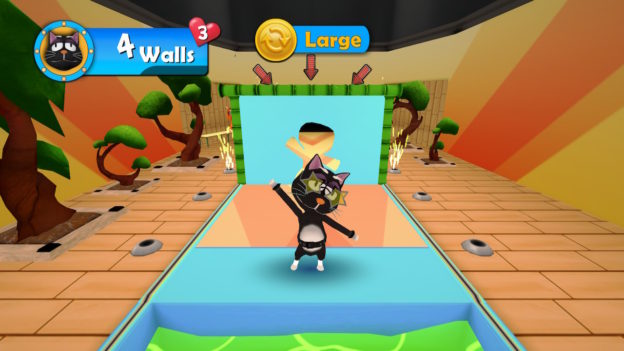 This requires you to reverse your arm positions, which gets quite hard (and subsequently comical) when the walls are chugging along at a decent clip. They also send a memory wall at you—briefly showing you the cutout and then hiding it again as the wall slides forward.

It’s all pretty fun for a bit, but it’s not the kind of game you can build a party around. The developers must have known this because they threw in a rather unique twist. Four players can play at once, each controlling an appendage (one on each arm and leg). The game mixes up who will be controlling what, and it’s up to you to figure out which one you have and get it positioned in time. 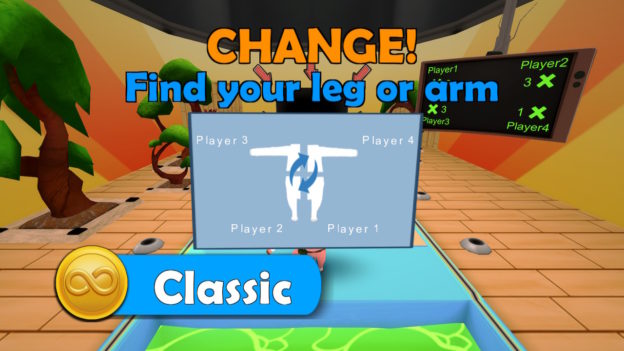 Again, it’s pretty fun and can lead to quite a few laughs, but not for an extended period.

I also want to factor in a few items that are sorely missing. First, a gentler learning curve. The difficulty ramps up quickly (by switching between standard walls, reversed positioning and memory walls, and also by decreasing the gap size), killing off any momentum for players. Until you become very good at it you’re shoved out of the way too quickly. That would be fine for a mini-game, but when it’s the whole point of the game it just makes your party guests give up too early.

Second, there are too few characters from which to pick when starting the game, all of which are generic anthropomorphic animals. A game like Puzzle Wall just begs to use your Mii character, or at least have human-looking contestants that you can customize a bit. With the basic animals provided, it feels like it’s aimed solely at little kids.

And, finally, it could use more multiplayer options. Your only options are the clever four-player/one-body mode and split-screen head-to-head. 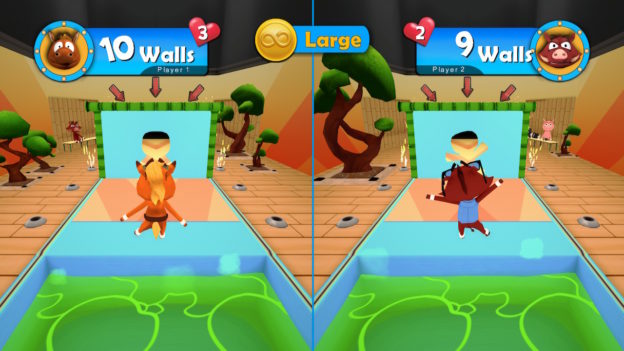 Two-player co-op would be a fun addition, as would the ability to let players connect multiple Switches for more than two-player competitive.

As it stands, although it’s fairly priced, Puzzle Wall simply needs more content. It’s a fun way to kill some time at a children’s party, but it won’t be long before they’re done with it and on to better games.