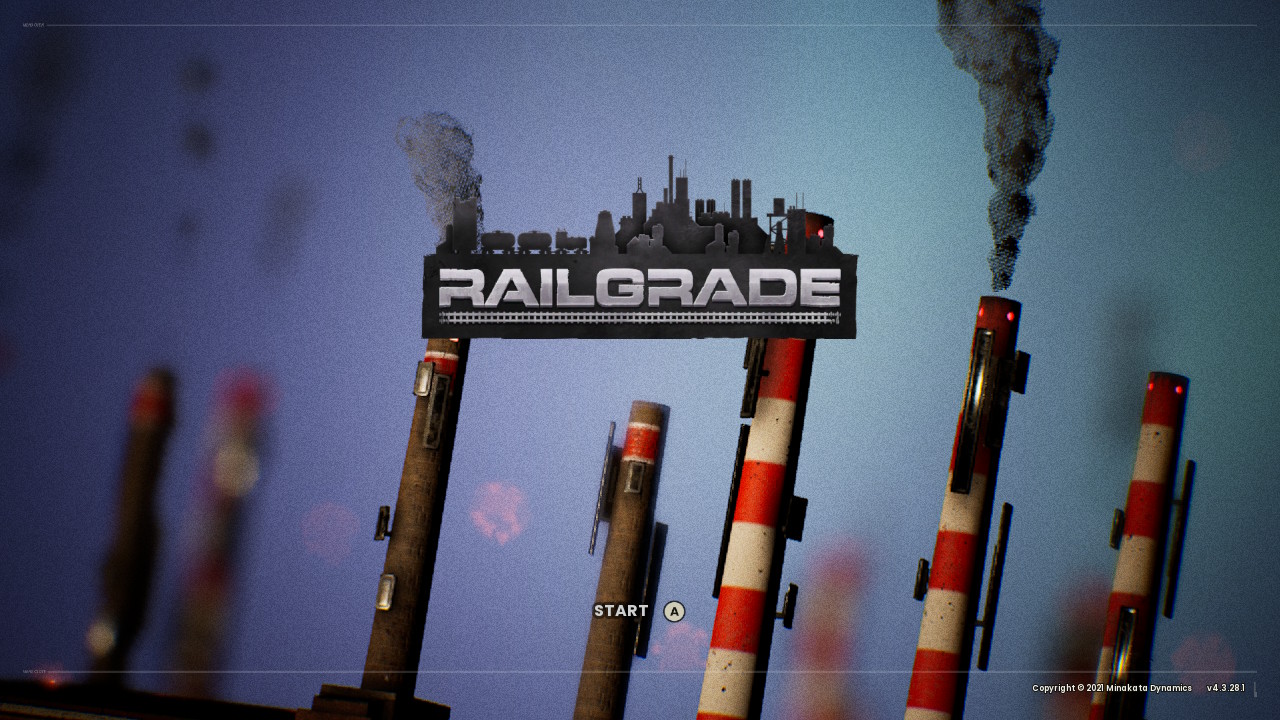 RAILGRADE is a strategy simulation developed by Minakata Dynamics and published by Epic Games. This title is all about building and managing railway stations. Let’s discuss how this stands out with so many other train sims on the market.

For a management sim, RAILGRADE has a decent story. You play as an administrator at the Nakatani Chemicals corporation. It’s your job to help restore industrial production by transporting resources to various colonies. In a nutshell, the planet is collapsing, and you need to rebuild it.

In one way, the story is unique. Usually, in a game with such a story, you’d receive the resources and put them to use. So, it feels like a different take on the classic “save the world” trope. The problem is the story isn’t balanced well with the amount of gameplay. The story ends relatively quickly, and then it feels like there’s no reason to play RAILGRADE anymore.

Before we get into the gameplay, the first few levels are the tutorial. The tutorial is well done and easy to understand. This simulation game has a layout similar to most, where info boxes and control panels cover the screen’s perimeter. It looks intimidating, and the tutorial does a great job of explaining the game’s various mechanics without it being overwhelming.

The gameplay becomes too repetitive after a while. Even if you’re still doing tasks for the main story, it’s not enticing enough for extended play sessions. Many mechanics make a train management sim unique.

There’s no one way to complete a level. The objectives are more or less the same across the levels where you need to get resources from Point A to Point B. You can plan on one train going straight there, or you can have multi-level tracks with multiple trains working simultaneously, ensuring they’re efficient without crashing into one another.

Also, you can unlock many different types of trains in RAILGRADE. When completing tasks for the corporation in-game, they’ll give you vouchers. You can unlock or upgrade your trains, among other fun features, such as extra music tracks. However, getting more trains is undoubtedly a plus. They have different traits, such as speed levels and better abilities to move on certain tracks, like inclines. In addition, the various trains boost the strategy for each level.

In fact, since the gameplay gets somewhat repetitive later on, the various trains add replayability. You can go back to previous levels with newer trains and challenge yourself to complete the tasks using trains with specific skills.

Overall, there’s a lot to love about RAILGRADE. The tutorial is on point, and the gameplay is fun for a little while. It’s super satisfying watching the trains move on their own. The music is a bop, and the controls are intuitive and smooth. If you’re looking for a low-key management sim (and have fun with trains), give this game a go.

RAILGRADE is a fun, low-key simulation game. They take train sims to a whole new level, though it can get repetitive after a little while. Still, it’s satisfying to play (and watch the trains) that you’ll still get a good amount of hours out of it.