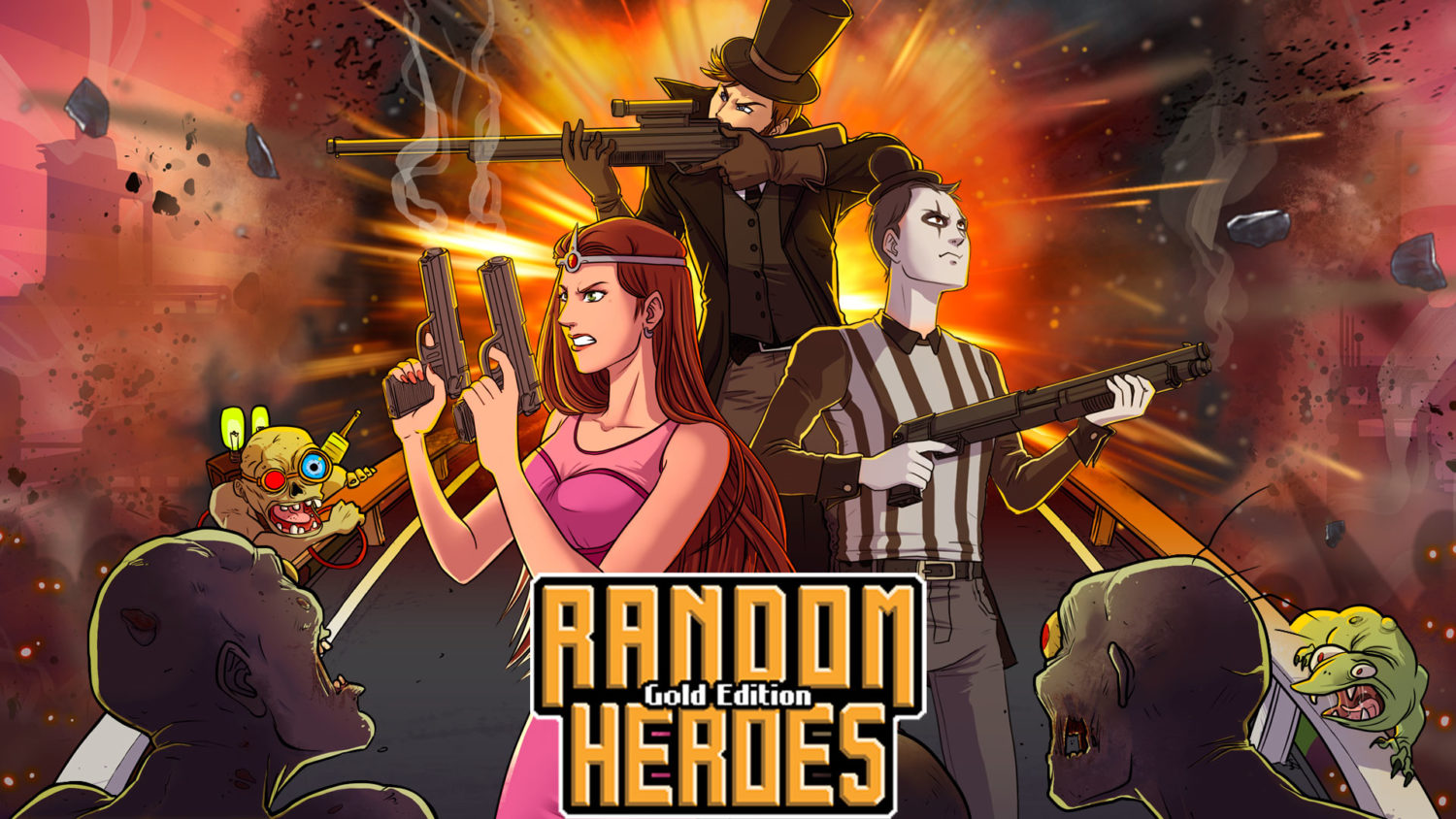 My first thought when assigned Random Heroes: Gold Edition was whether the “gold edition” was just part of the name or was there a previous game? With the help of a search engine,  I found there was a Random Heroes on mobile. I couldn’t actually find it in my phone’s app store, so I can’t say exactly what is new.

Certainly, no points are earned for being original. Random Heroes: Gold Edition doesn’t bring us a storyline we haven’t seen before. Aliens invade earth, and Random Heroes are sent to stop them. The Heroes range from a parody of pop culture icons to historical figures—each with different stats. 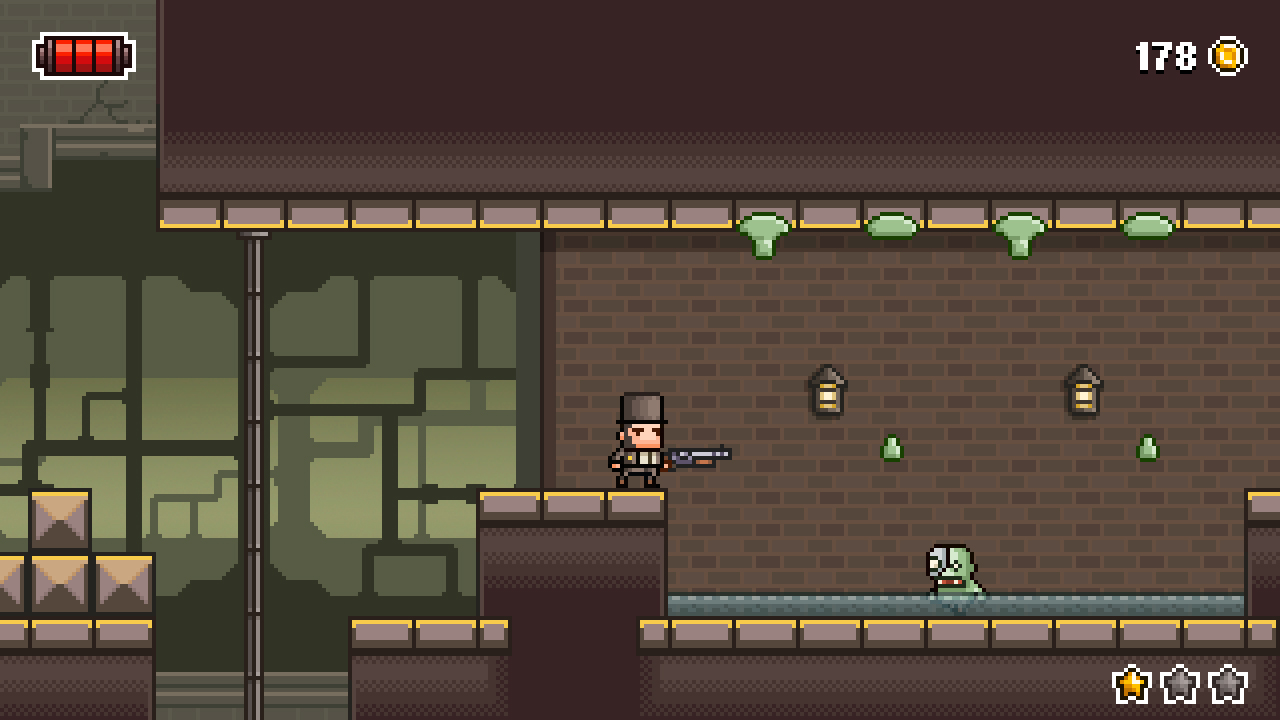 There are three stars to be earned in each level. The stars are earned by collecting hidden coins, not getting hit by an enemy, and defeating all enemies within the stage. The coins can be used to purchase more powerful guns. Stars are used to unlock characters.

Gameplay seemed uninspired and extremely repetitive. The difficulty is minimum. I was able to breeze through all the levels with all three stars on the first try—something I can rarely do. When looking for hidden coins, they were found with minimal effort, most of the time.

Nothing about Random Heroes sucked me in. Despite updates made from the original, it still felt like nothing more than a mobile game. It just felt like the same thing over and over. The only real difference was during progressing through the game; there was a slight change of skins for enemies and levels. The only real surprise was when I defeated the first boss and he exploded into coins. 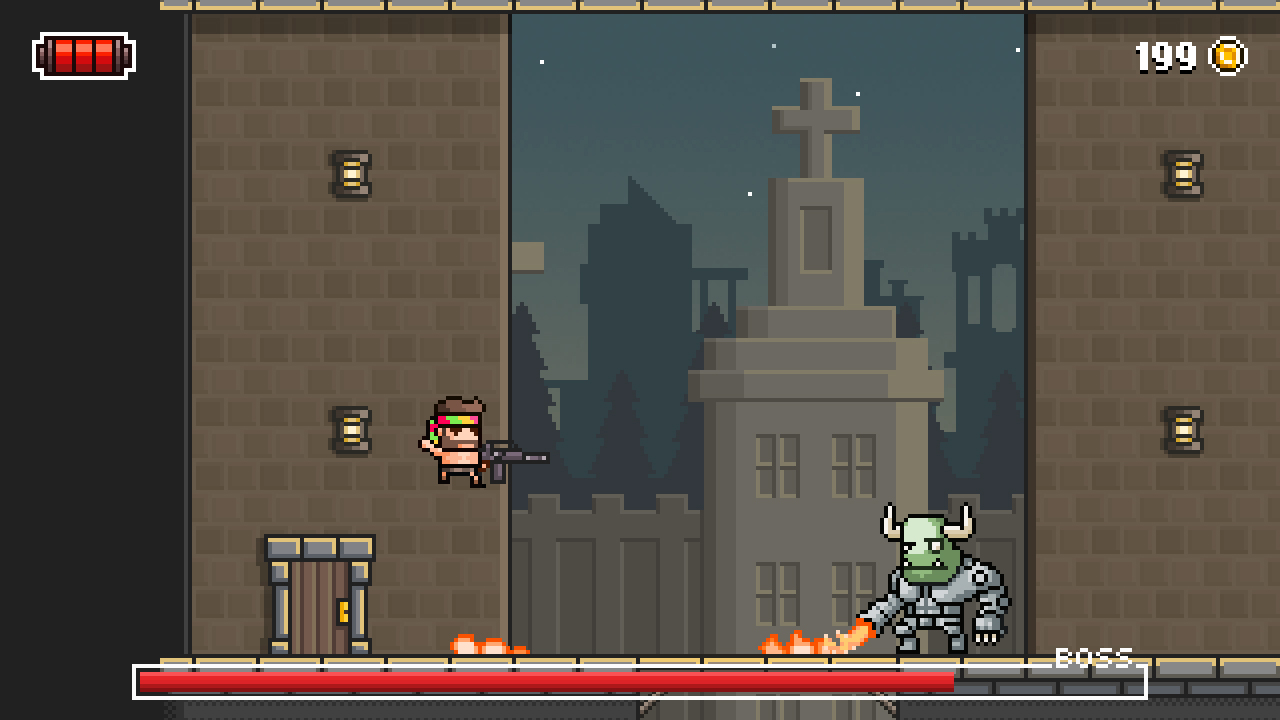 Although things can be mixed up—such as weapons and which hero you choose to play—gameplay remained dull. Despite that each character had different stats nothing seemed to differ with them. There wasn’t a strategy to the game; players can hold down the shoot button.

While Random Heroes may make a decent mobile game, the updated version—Random Heroes: Gold Edition—isn’t really up to par, especially for the asking price of $4.99. It is an excellent example of why some games should stay on mobile devices.

While Random Heroes may make a decent mobile game, the updated version—Random Heroes: Gold Edition—isn’t really up to par, especially for the asking price of $4.99. It is an excellent example of why some games should stay on mobile devices.