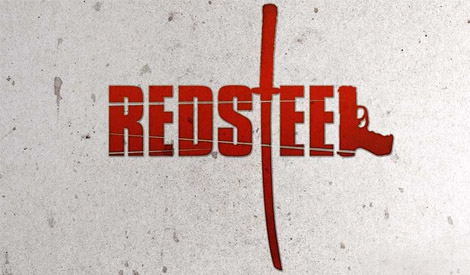 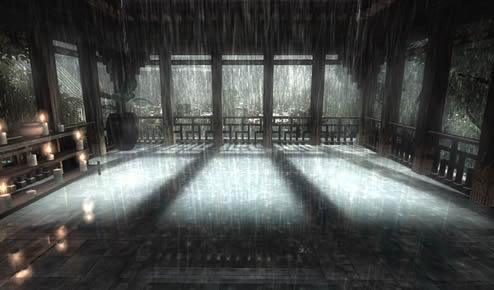 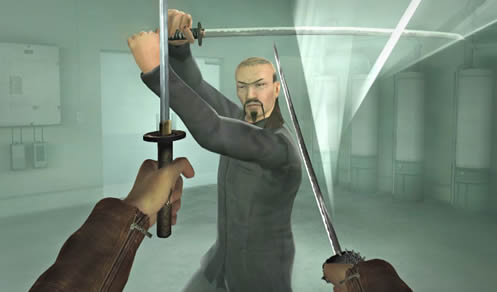 Visuals: Red Steel has some of the most impressive visuals of any launch title. Light actually looks like it when it’s in your face. It affects the gameplay a lot too if you’re firing into the sun or light source. The environments are HUGE, and offer quite a bit of variety in both locations and objectives. It’s a very pretty game that has a lot of cultural influence. Locales in Japan are especially fun to play through.

Gameplay: There are some times that Red Steel falls short during gameplay. One is in the area of bounding boxes. The bounding box for aiming is so big that it is often hard to turn and shoot at the same time. That is my only BIG gripe with the game. Now, most will say this is enough to warrant not giving Red Steel the time of day–I disagree. It is worth the play through, because most people that play are a bunch of troglodytes that can’t seem to figure the controls out.

Replay Value: In my opinion, there is no real replay value if you’re talking about the single player mode. Now the multiplayer is a different story. Even with only the 4 levels, Red Steel encompasses a real treat for FPS multiplayer fans. It doesn’t bring much that’s new to the table, but it does make for a frantic fire-fight.

Wii Innovations: The innovation in the game falls short in some crucial areas. It doesn’t offer quite the precision I would like from a FPS with the Wiimote. I’m really looking forward to Metroid because I think that will be the benchmark for all FPS’s on the Wii.

Fun Factor: Multiplayer is fun, and some of the sword fights are fun. The sword fights can get pretty repetitive though after you’ve played through 20 or so guys. Definitely low on the list of pure fun titles for the Wii.

Verdict: If you’re in for a new experience in a first-person shooter, than Red Steel is, at least, worth a rent. The game succeeds in some areas, but falls short in some crucial control areas.