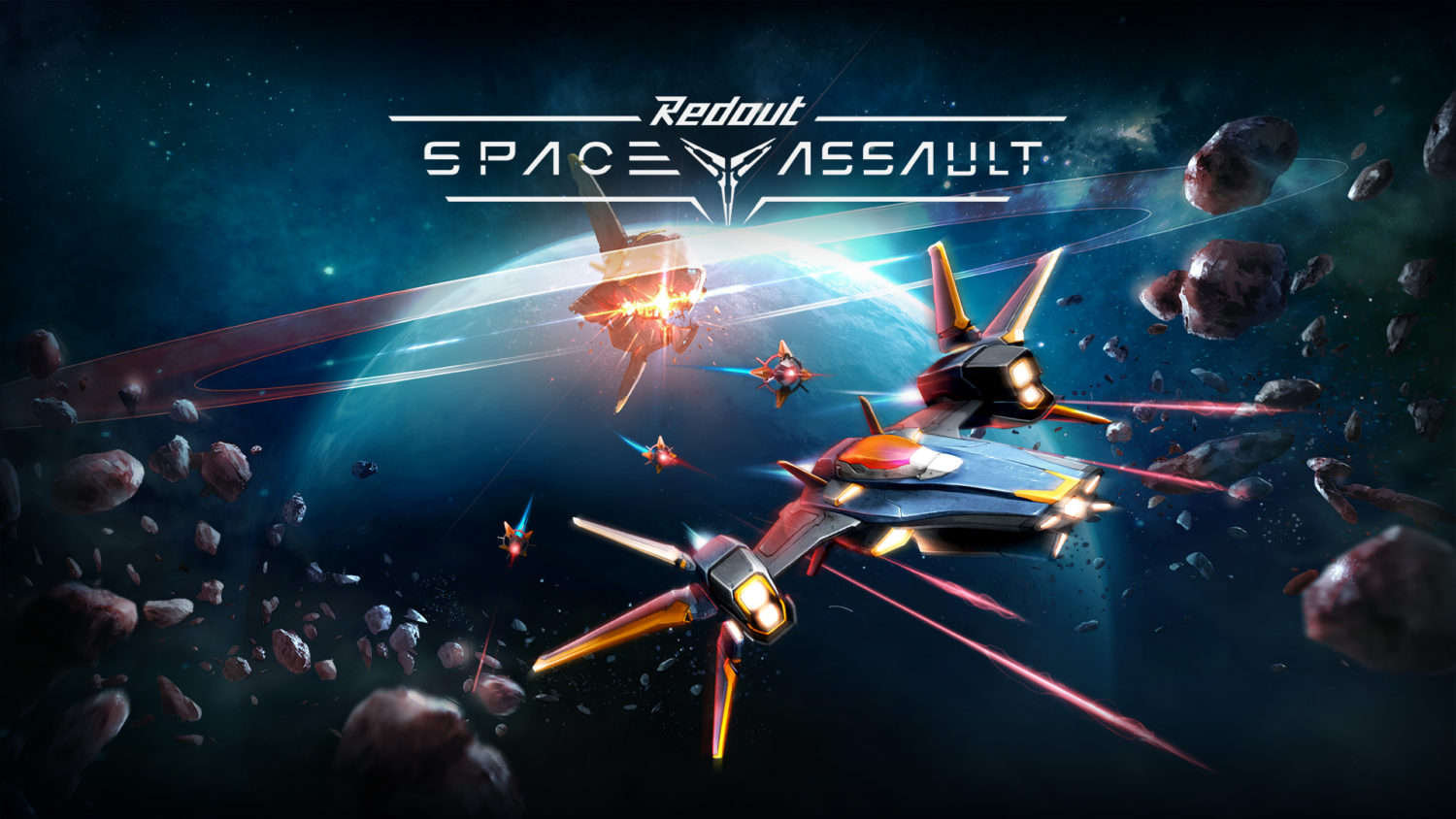 Redout: Space Assault is an action shooter for the Nintendo Switch. Set in deep space, you pilot a craft that must stave off pirates and rebels who stand in the way of the colonization of Mars. Although there’s plenty of action, something doesn’t quite hit the mark here.

On the plus side, Redout comes with a ton of content. The game is divided into nine chapters, which themselves contain seven levels. Levels are locked until you complete the previous one, earned by fulfilling at least one of three objectives.

The objectives vary, with some as simple as finishing a level. Other times, you’ll need to make it through unscathed or within a certain timeframe. Each objective also earns you a reward in the form of in-game money, which can be spent on upgrading your ship. You can also customize your ship’s color and design, which is a nice touch. 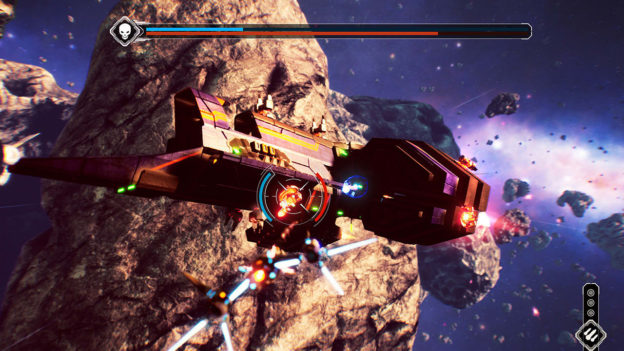 This linear progression can be seen as a positive and a negative, depending on the player. It gives the game some longevity, since you’re forced to play every level to complete the game. It also allows a simple story to unfold, although there isn’t a whole lot of depth given to the characters. Conversely, locked levels mean that getting stuck limits your ability to continue, which can prove frustrating.

In general, Redout isn’t difficult. Your ship has a shield that depletes with each hit; when it’s fully depleted, your ship explodes. The easy part is that you respawn immediately, with no limit to the number of times this happens, apart from when it features as an objective. This is when it becomes tricky. Completing objectives and moving on is sometimes made difficult by clumsy controls and a lack of instructions.

Let me explain. The first few levels involve flying through and shooting everything in sight. Just as things start to become repetitive, some variance is offered; you might be tasked with collecting some debris, or avoiding an explosion, or taking down one specific ship. It helps to keep things interesting in a genre that’s generally quite straightforward in its approach. 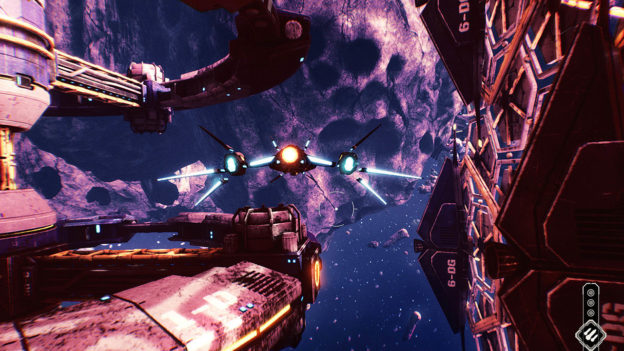 However, certain missions involve tasks that are not explained well enough. For example, one objective requires the scanning of a ship. How does one achieve this? There’s no “scan” button mapped, nor any signs or indications as to how to complete this action.

Most levels follow a path through space, with little movement allowed by your ship. Other missions randomly allow 360 degrees of movement, which is disorientating and distracting. It’s difficult to find your bearings in these “freer” levels. I’m all for variance in level design, but this isn’t tackled particularly well in Redout. It provides variety, for sure, but no consistency.

The gameplay isn’t what I was expecting from a shooter. Flying is done from a first-person perspective, so you’re sitting behind the ship. Shooting is automatic, which feels strange at first. All you’re left with is moving left or right to avoid incoming fire. Sure, there’s also a roll maneuver and missiles to fire (which can’t be aimed), but without a trigger, I felt exposed. 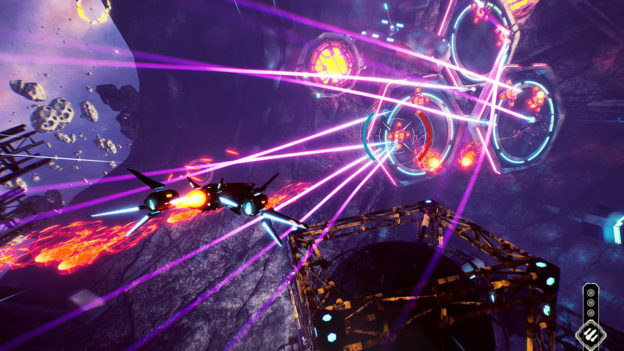 Thankfully, there’s a setting to switch this off, and I felt much safer controlling my own fire. Unfortunately, the aiming is terrible, with a faint on-screen crosshair that moves with the ship. I ended up just holding down the fire button, which made me realise why they gave you an automatic option in the first place; my finger didn’t add any value. In the end, it just takes the fun out of shooting.

In terms of the graphics and sound, there’s some decent voice acting used throughout the game, which gives it a sense of higher quality. The music is typical for the genre, with an upbeat tone that merges dance and rock music. The visuals themselves are nice, with some pleasing star-studded backgrounds. If only the gameplay matched the quality of the aesthetics.

Overall, Redout: Space Assault tries to shake up the shooter genre. It doesn’t fully succeed, with a lack of clear instructions and a control scheme that’s not intuitive. Although there’s plenty of action, you may not find yourself continuing to the end.

Although it tries to shake up the shooter forumal, Redout: Space Assault doesn’t fully succeed, with a lack of clear instructions and a control scheme that’s not intuitive. Although there’s plenty of action, it’s not as satisfying as it should be to shoot your way through space.