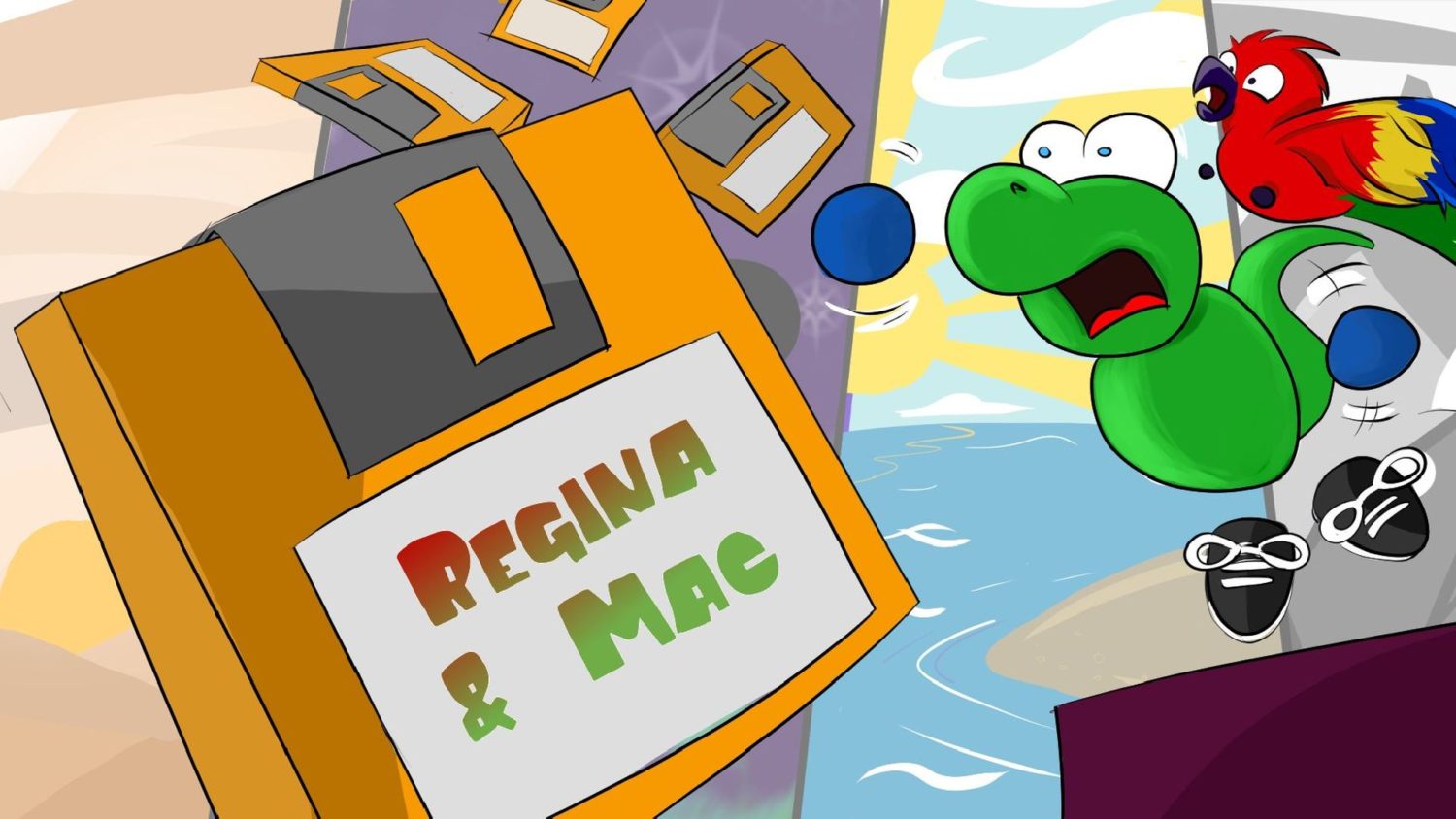 Regina & Mac is a retro-inspired adventure platformer that’s made its way to the Nintendo Switch after releasing on various other devices, including the Wii U. This is great news for genre fans looking for something to sink their teeth into before enjoying Mario’s 35th anniversary that was just released. I was a fan of the Wii U version earlier this year; let’s see how the Switch version stacks up.

The term “retro” is thrown around a lot these days. In this case, Regina & Mac is a ’90s-inspired platformer, made to look like a Nintendo 64 game. It takes its cues from the likes of Mario 64 or, perhaps more aptly, Banjo-Kazooie. 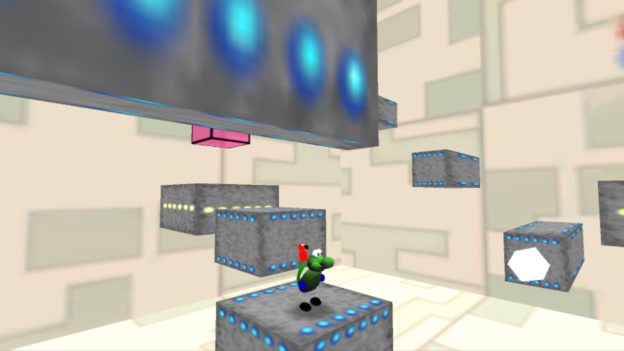 You play the role of Regina, a cheeky macaw who finds herself atop a rather quiet dinosaur, whom she dubs Mac. The obedient Mac seems happy to chauffeur our feathered friend around as she seeks an exit from the land in which they’re trapped. Even the story is inspired by the past – to unlock new levels, the pair must discover a certain number of floppy discs, usually found via the successful completion of various platforming tasks.

This platforming is where Regina & Mac shines, with well-designed levels. Each level consists of a series of puzzles that are fun and tricky in equal amounts; they’re enough to trip you up without being too frustrating. It requires some skillful maneuvers, whether it’s timing your jumps across spinning blocks or quickly jumping across disappearing blocks. Other puzzles are thrown in for good measure, including a Picross-style game and another involving switching squares on or off to complete a pattern. 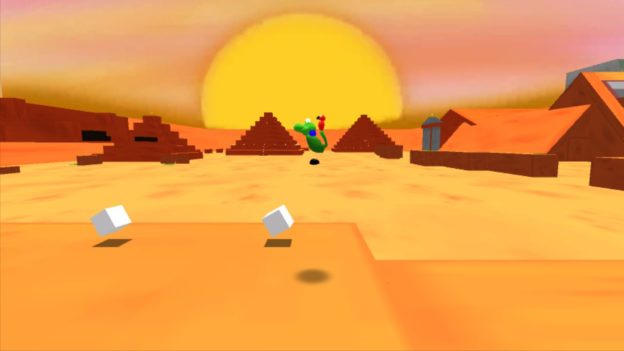 Each level is a little world unto itself, and you can pick and choose which puzzles you attempt until you have enough discs to move on. This gives you some sense of control and freedom, allowing you to remain in a level (or return later) to try that tricky puzzle just one more time, or continue elsewhere. Completionists will find it hard to leave without collecting absolutely everything, but you’re free to move on once you’ve made your quota.

The controls can be a little fiddly at first, particularly with the default setting for movement. Some might love it, but I hated the up-is-down inverted controls. Thankfully, this is customizable and, once this had been changed, it was much easier to play. I appreciate the option for gamers to play their own way, but I wonder if the default setting should be the other way around?. 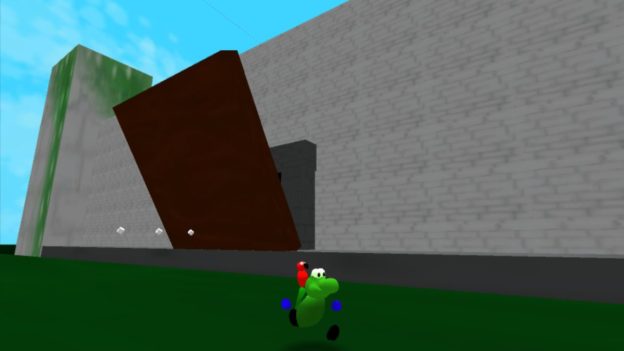 One of my favorite aspects of the game is the dialogue. The story moves along fairly quickly, with occasional banter between Regina and the computer interface that’s controlling the environment. The light humor is enough to make you chuckle as our cheeky macaw does all the talking for the pair of protagonists, while her dinosaur transportation suffers in silence.

The graphics are very simple. I mentioned this in my Wii U review, as it might put players off initially. I would like to have seen some more improvements in the Switch version, but again, this is a deliberate style choice, creating a blocky world of flat colors, reminiscent of the early ’90s. It totally fits the bill of an N64-era game. Mario 64 and Banjo-Kazooie were able to squeeze more graphical prowess out of the limited technology of the time, but they were also big-budget, first-party titles. As it is, Regina & Mac is still worth its $9.99 price tag. 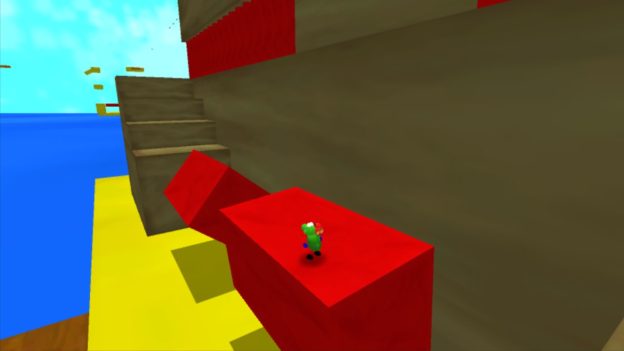 Overall, Regina & Mac is a creative and challenging retro platformer. The Switch release is good news for retro-platforming fans, bringing this game to a much wider audience than the Wii U version could. The visuals are deliberately flat and blocky, but there’s a lot more beneath the surface, with great dialogue and fun platforming. It’s worth checking out.

Regina & Mac recreates the ’90s with its retro-inspured 3D worlds. It’s a little on the blocky side, but the mechanics are clever, fun and challenging. The amusing characters are a bonus, too.