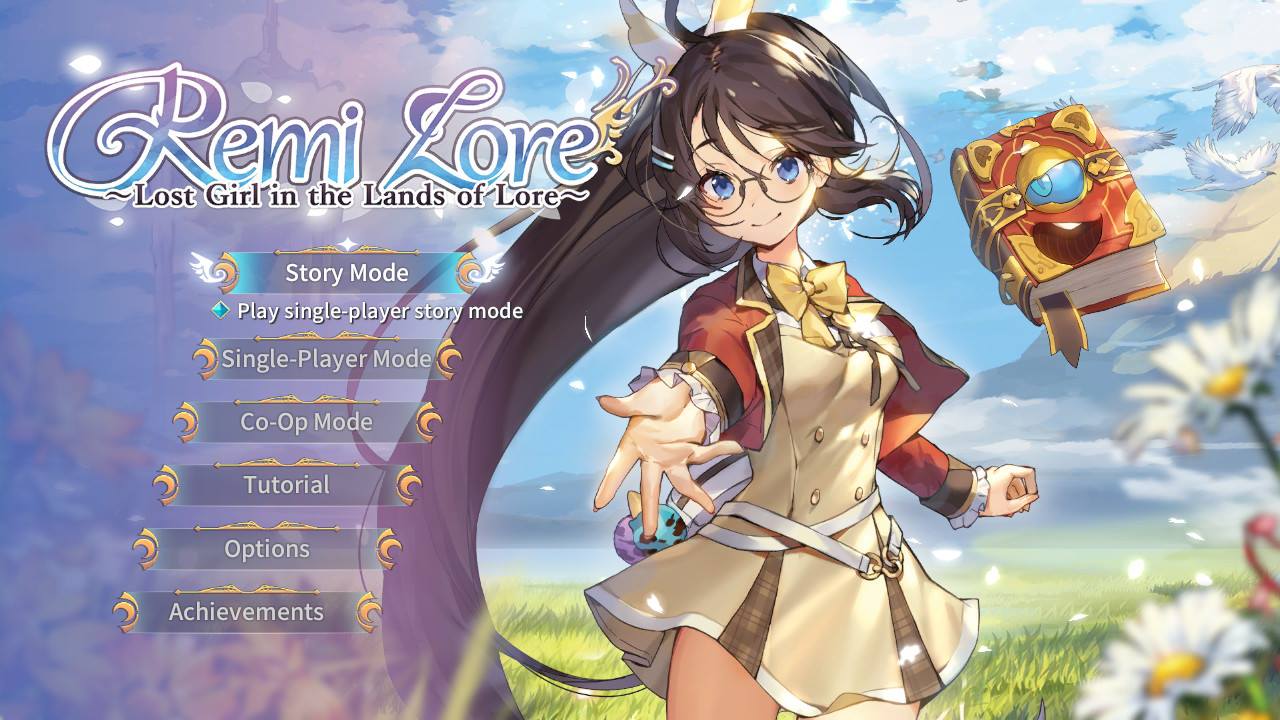 RemiLore is a rogue-lite adventure game where you play as Remi, lost in a fantasy world known as Ragnoah. Remi hack-and-slashes through each level defeating mechanical monsters. She uses a variety of weapons such as one-handed swords and hammers as well as magic attacks thanks to Lore, a talking book who claims to be the master of magic. 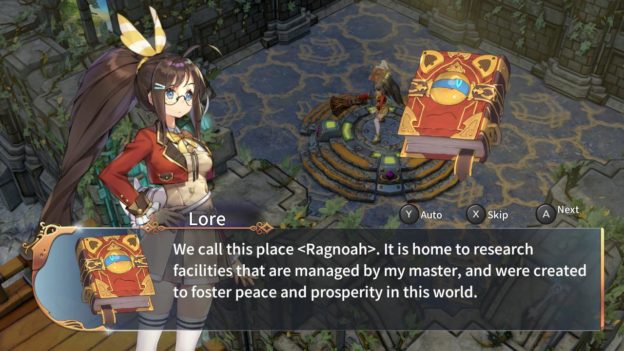 The game begins with Remi cleaning the library at school because she gets bad grades. While she’s sweeping the floor she comes across a dusty book and awakens it. This is Lore, a book of magic. Together, they go to Ragnoah, a magical world that’s being taken over by mechanical monsters. Remi is unfamiliar with this world and she only wants to get home. However, she needs to work with Lore and fight her way through Ragnoah.

Remi and Lore go through various levels and areas fighting monsters, mini-bosses, and big bosses. With over 200 weapons and various magic spells to use an upgrade, each level can be a breeze to get through. The difficulty level isn’t too hard though I’d be lying if I said I didn’t have my fair share of game-overs from the monsters getting the best of Remi’s 1,000-point HP. She only has one life though, so there’s only the one chance to get through the levels. 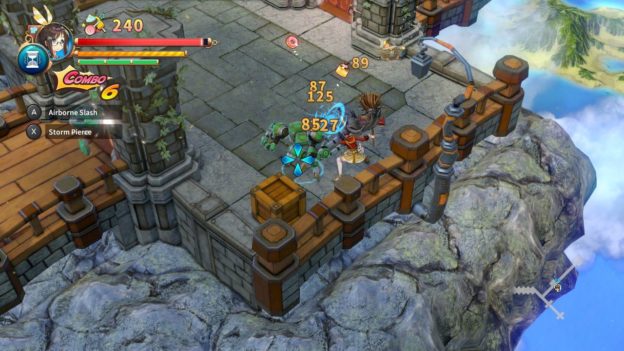 The game is pretty fast-paced. The hack-and-slash is satisfying as you go through level to level, each level is randomly generated, which is a fun touch. There is a variety of button-combos that you can do between the X and A buttons. These combos are always on the side of the screen, but I always button-mashed and pressed Y from time to time depending on what magic Lore had. The magic spells were determined by what weapon Remi had.

Levels are broken up into Acts. For example, the first couple of levels are Act 1-1, Act 1-2, Act 1-3, and Act 1-4 is the final boss. There are many objects such as bookcases and barrels that you can break with the weapons that give you desserts. Defeating enemies give you desserts as well.

Desserts are used to fill up Lore’s magic meter. The more magic attacks you use, the more the meter depletes. However, desserts are absolutely everywhere so you never run out of magic. Desserts are also used as currency, if you will, to get a potion for HP or to get a new weapon. They’re also used to upgrade your magic attacks such as making the freeze enemies magic last longer. You can also upgrade Remi. For example, healing potions can heal her more. 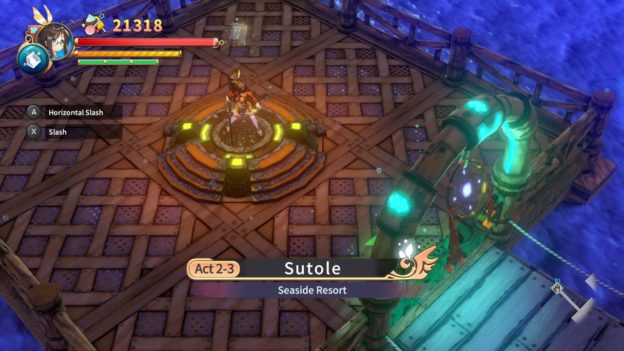 Another thing I didn’t care for was the lack of a save mechanic. You can quick save in the middle of a level, but once you get back to the game, it starts you at the beginning of that level and the save is lost. I had assumed the game would auto-save, which it does in a way, but it only saves once you complete a whole Act. If I died on Act 1-1, I’d have to start at the beginning of that level. However, if I was on the final boss in Act 1-4 and died, the game would bring me all the way back to the beginning of Act 1-1.

While the levels aren’t too long – maybe about 10-20 minutes each depending – it’s super annoying to redo everything you just did. Once I made it to Act 4, I had stopped playing. When I turned the game on the next morning, it started me at Act 1-1. Remi still had all her upgrades and dessert points from my previous playthrough, but aside from that, the game acted like I hadn’t played before. Remi started off with her original first weapon, her broom, and I had to do it all over again. There’s nothing worse than putting in hours of gameplay and then losing it all – even though the game knew I had been through it all before. 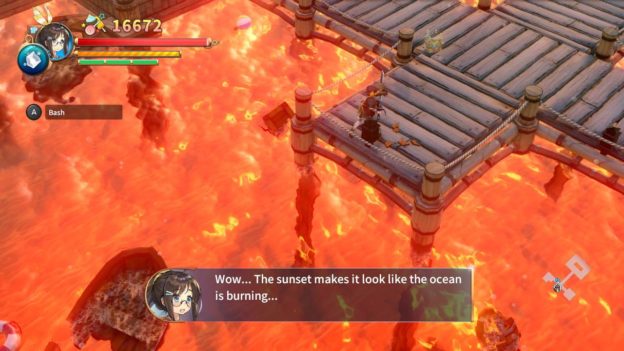 The overall game runs smoothly. The controls are responsive and the button-mashing is satisfying. The graphics are beautiful too. There’s not much to look at in each level, but the backgrounds are well done and nice to look at. The music is pretty good as well. It’s nothing memorable but I think that’s mostly because I was concentrated on fighting.

Overall, RemiLore is a fun game. It’s one of those games that you keep telling yourself to play one more level – despite the fact that you need to go through an entire Act in order for the game to save. I didn’t care much for the story at all nor did I care about the characters, but I enjoyed the gameplay and had fun with that part.

RemiLore is a fast-paced satisfying rogue-lite game with randomized level maps, fun hack-and-slash moves, and smooth controls. If the save mechanic was better, this would be a top-notch game.