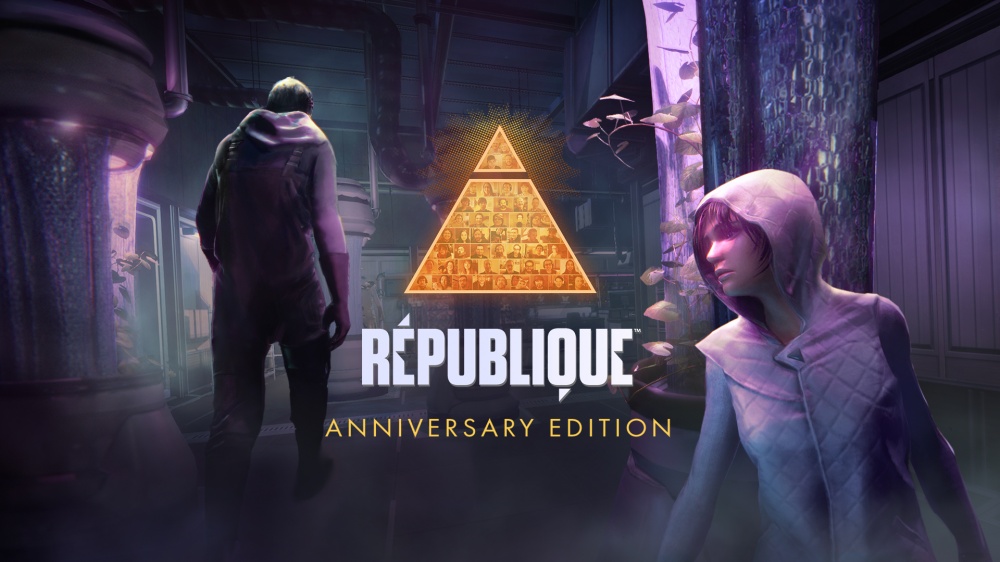 Believe it or not, I played the original version of Republique years ago on my cell phone. While the game was far from perfect, I remember it being a unique, tense game that always left me feeling equal parts helpless and powerful. The idea was that I was helping someone escape from a horrible situation. However, I was not directly involved, yet my actions would carry the greatest consequence. It was a unique game that was flawed, but I enjoyed it years ago. Now Republique makes its way to Nintendo Switch with an Anniversary Edition. Unfortunately, its jump from its original release on cell phones to newer consoles has left the game more conflicted with itself than ever before. While it has a unique story and good sneaking gameplay, its controls and downright messy camera grind whatever good experience you can find to a halt. 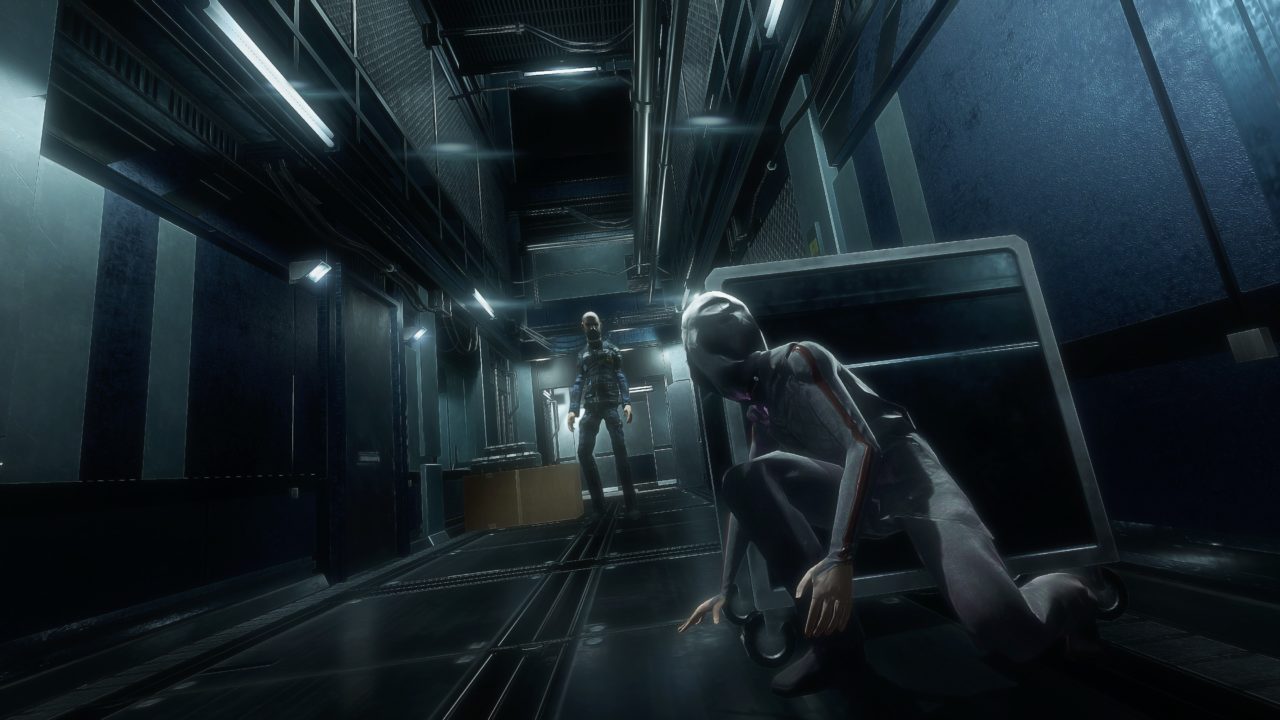 Like I mentioned above, Republique initially was about you, the player, helping a girl in the game escape a horrible situation. The game’s world is a futuristic, totalitarian fascist regime that has taken over, and your job is to help a young girl escape it. However, the original release saw you take the role of a “camera operator.” You’d watch the girl on security cameras and help direct her away from trouble and avoid being caught. This made the game quite tense, as your decisions directly led to whatever consequence the girl faced. For example, maybe the girl made a run for a door, but you weren’t paying attention and didn’t notice the guard who was turning around and coming back in. Or perhaps you told the girl to hide behind a certain wall, yet you were unaware that the door next to her would unlock and guards would come pouring out of it. It created a genuine sense of tension with every decision you made and constantly made you second guess which choice you’d make.

Unfortunately, Republique seems to have thought that making you be this “camera operator” wasn’t engaging enough in its jump to consoles. Now you directly control her actions, which ultimately removes one of the key elements that made the game unique in its original release. Instead of watching the security camera feed and telling her when to hide or when to go, your perspective is stuck behind the wall you’re hiding behind and blindly guessing when you should go. The issue is that because your perspective has now changed to that of the girl, what used to be a challenge of not being caught has turned into a repetitive grind of getting caught and trying something new. That’s the reality of Republique, you’re going to get caught because the change of camera perspective makes it nearly impossible to see what is happening on the screen. 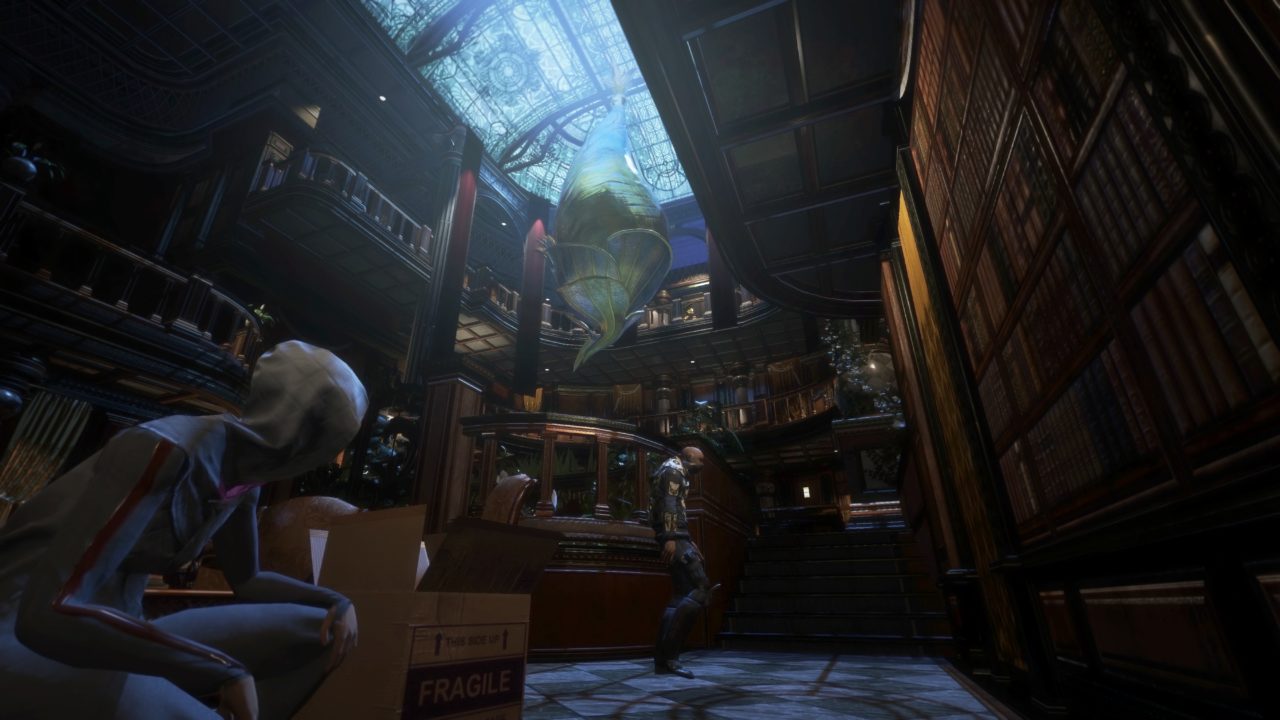 Additionally, Republique is supposed to be set in a futuristic totalitarian setting. However, very few environments that you play through truly give you the sense of this futuristic setting. Everything looks largely the same, even after you’ve spent several hours “progressing” through the campaign. It’s also not a game that truly shines on consoles. To say that the developers took advantage of advanced graphics on these consoles versus its original cell phone release wouldn’t be correct. The game essentially looks like a six year old cell phone game. While that’s not necessarily bad, if you’re selling your game as an Anniversary Edition on consoles, it would be nice if the game felt like it genuinely received a substantial upgrade.

I also ran into an issue with the game’s autosave feature. As I was playing the game, for some odd reason, the game crashed. Upon reloading the game, I had lost nearly 3 hours of progress. I’ve researched and looked around at many different sites that have covered this game and have found few have run into this issue. However, this was quite a major annoyance, and I was confused why the autosave feature didn’t kick in sooner. I ultimately had to replay nearly 3 hours of the game because the game simply never saved. Perhaps this is an isolated case, or maybe it’s an issue more people will run into. This is just a friendly heads up to let you know before you get in the game.

Is Republique worth playing? Yes and no. The game does have an interesting story, fun sneaking gameplay, and there’s quite a bit of the game to play. Despite losing three hours of progress, I still managed to beat the game in about 11 hours. That said, is there anything exceptional about this Anniversary Edition? Not really. The change in perspective ruins the experience. It was far more tense, and ultimately enjoyable, when I was not in direct control of the main character. My actions felt far scarier because of their consequence on the main character. With the new perspective, I may be in control of the character, but I can’t see anything in front of me. In the end, if you were a huge fan of stealth games, then maybe Republique is for you. If you’re looking for the next great futuristic adventure, then you’re likely in for a disappointing time.

Republique Anniversary Edition has an interesting story, fun sneaking gameplay, and quite a bit of the game to play. That said, is there anything exceptional about this Anniversary Edition? Not really. The change in perspective from its original release ruins the experience. It was far more tense, and ultimately enjoyable, when I was not in direct control of the main character. My actions felt far scarier because of their consequence on the main character. With the new perspective, I may be in control of the character, but I can’t see anything in front of me. In the end, if you were a huge fan of stealth games, then maybe Republique is for you. If you’re looking for the next great futuristic adventure, then you’re likely in for a disappointing time.