Resident Evil has always scared the crap out of me. It was the first scary video game I had ever experienced. I remember watching my brother play the first Resident Evil game on our PS1 when I was 7 years old. He was walking around and comes to this door, and a zombie “POPS!” out, and that was it. From then on I decided I wasn’t going to be playing those kinds of games. When it comes to horror games I’m more of a watcher. I like to watch, in fact, watching doesn’t scare me at all, weird huh? But now that I’m 27 years old I figured I’d give it another shot. Since Resident Evil Revelations 2 is now available on the Nintendo Switch it seems like the perfect opportunity to test out my skills (and nerves). 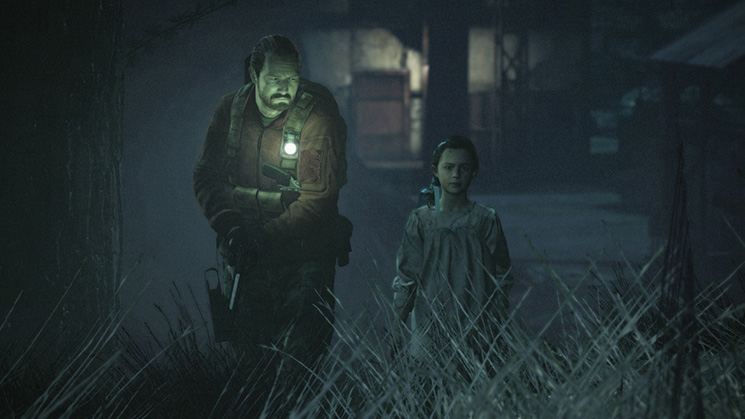 RE: Revelations 2 begins with Claire Redfield and her co-worker Moira Burton being knocked unconscious and taken to a remote location where the “infected” are being held. They wake up to the sound of a mysterious woman’s voice telling them that she is the “Overseer”. She also informs them that the bracelets they’re wearing record fear and everything they do is being watched via cameras, like some kind of sick reality show. Once you progress a bit the game allows you to change environments and play as Barry Burton, father of Moira Burton. He’s viciously searching for his daughter and along the way meets an odd little girl named Natalia who has the ability to use supernatural powers. Since Revelations 2 supports co-op gameplay you’ll be able to play as both Moira and Natalia. These two aren’t very helpful when it comes to combat, since neither of them uses a gun but they will help Claire and Barry find secrets and solve puzzles throughout the adventure. 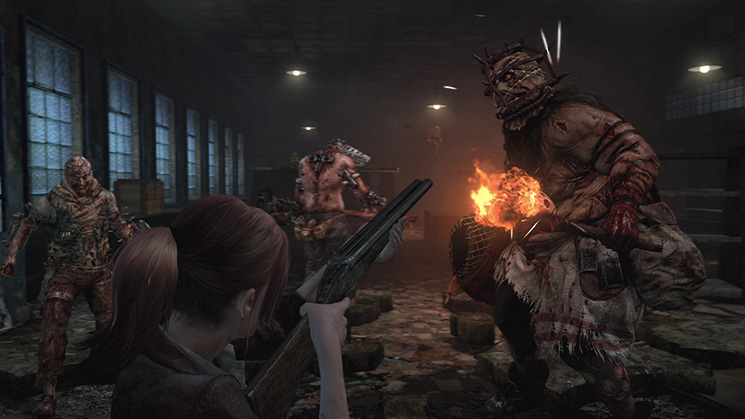 Fans of the series will be happy to know that this version of RE: Revelations 2 is a direct port of the original game. While the storyline and everything else is still the same, Capcom has done a good job of utilizing the Nintendo Switch’s capabilities. Adding motion controls (that are actually worth trying out), cleaning up the visuals a bit and being able to play in portable mode are all very awesome additions. There’s also the added bonus of getting all of the previous DLC for free, which I’m sure a lot of people will appreciate. The game looks great on the Switch and runs at 30 fps when docked and the same locked frame rate in portable mode. The only thing that was absolutely horrible when playing RE: Revelations were the load times – I swear I counted almost two minutes at one point. Luckily you don’t encounter these too often because I doubt I would have played very long at all if I had to deal with that the whole time. 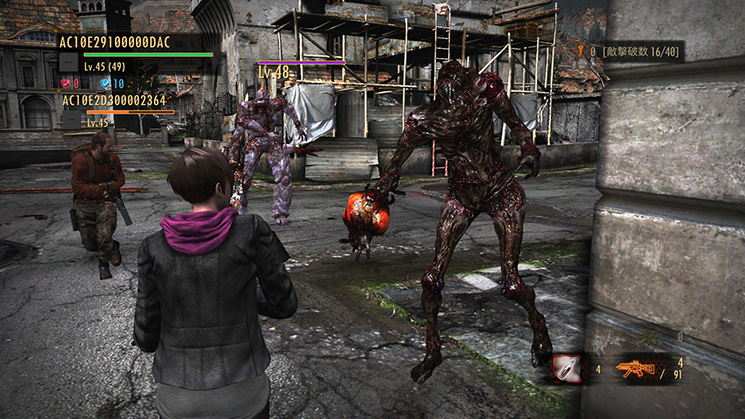 Story mode wasn’t as great as I thought it would be. I did get scared a few times and some of the puzzles\challenges got me, but it just didn’t get me very excited. It felt a little repetitive and I noticed a lot of the enemies were the same as well. So I got to know them and after a while, I really didn’t mind running into one. Switching between characters to perform menial tasks like shining a flashlight or getting a door open can also be frustrating after a while too. While the game looks great aesthetically, I found the environment to be sort of bland and I would have liked some more area’s to explore. Luckily, there is something a bit more interesting that you can sink your teeth into, besides the main story.

If you want to play something a little more fast paced you can try out the RE: Revelations 2 Raid Mode. This is a co-op adventure\mini-game for up to two players. It’s kind of like an arcade mode but more complex. The plot here is that the Overseer is using you as a test subject for her new “Red Queen Alpha Program”. It isn’t really cannon to the main story but it is quite fun. You’ll be fighting your way through short but challenging levels to reach a goal. When you complete a mission you can earn EXP to level up your character, and gold to buy\upgrade weapons and equipment. This is where you’ll probably have the most fun playing with someone else and it’s a nice alternative to the main game. 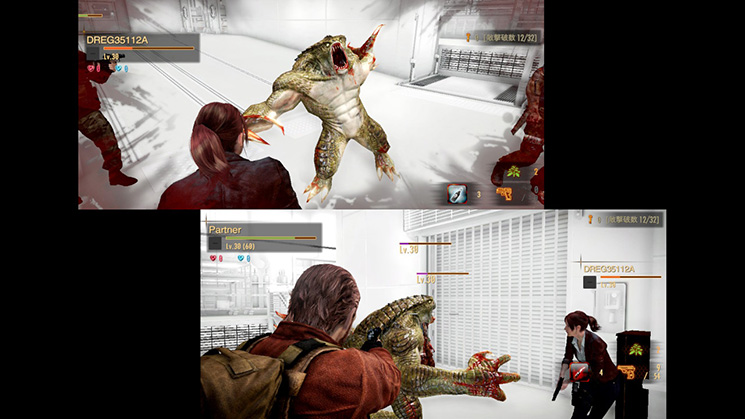 The controls are pretty easy to get the hang of, and like I mentioned before you have the option to use motion controls. These come in handy when aiming, allowing the player to have better precision when it comes to shooting. You want to make sure you hit your enemy where it counts because ammo is sparse and you don’t want to waste it. Still though, I’m the kind of person who prefers to play with buttons (a Switch Pro controller in this case). Motion controls can be a bit irritating for people who like to move around when they play a game… or people who don’t like to move around, either way. 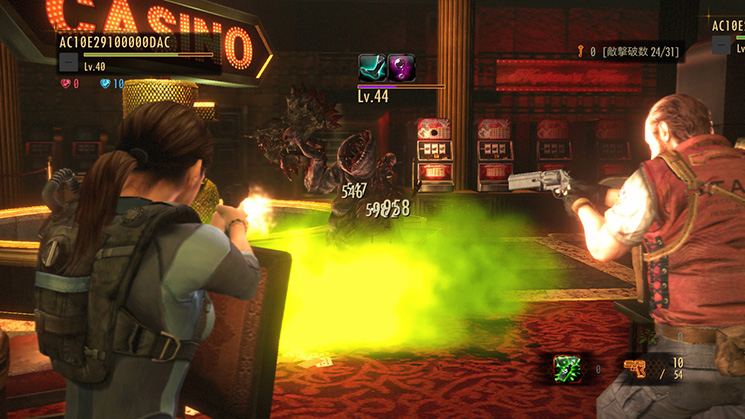 Overall I did have some fun playing Resident Evil: Revelations 2. It’s been a long time since I’ve played a RE game and it wasn’t nearly as bad as I thought it would be. While I would have preferred a more in-depth story mode (and a little more “horror”), I still can see myself going back to play this again especially the Raid Mode. I will warn you though the game comes in at a whopping 26 GB. I actually had to archive a lot of data before I was able to download it. But I’m glad I got to experience this game on the Nintendo Switch. Playing in portable mode was awesome and I can’t wait to check out the DLC once I finish everything. If this sounds like a game you might be interested in you might also want to read our review of the first Resident Evil: Revelations game that was released alongside this one. Resident Evil: Revelations 2 for the Nintendo Switch is available now for $19.99.

Revelations 2 is a great port for the Nintendo Switch. It looks good and  the motion controls work really well. The game wasn’t as scary as it could have been and I didn’t like the recycling of enemies, but I enjoyed Raid Mode and being able to play with a friend.