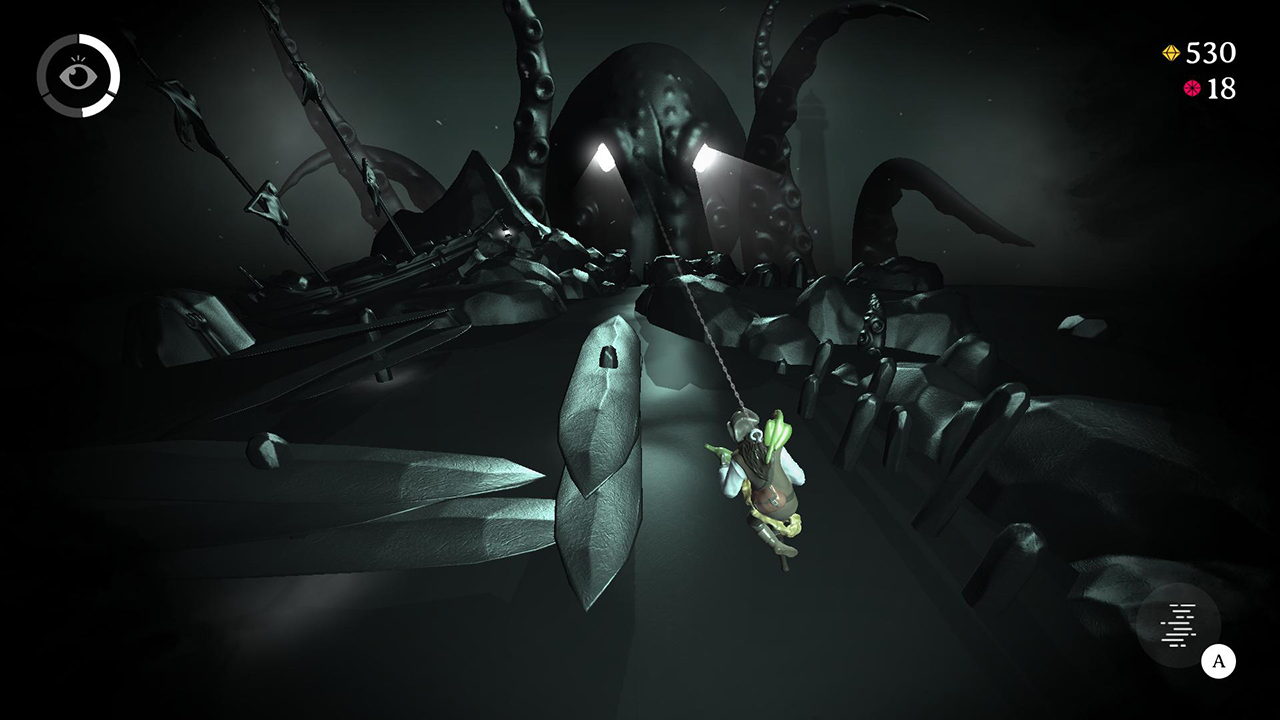 Rest in Pieces is an arcade game with nightmares as its backdrop. If you’re looking for a spooky game this Halloween with a simple premise to follow, keep reading! 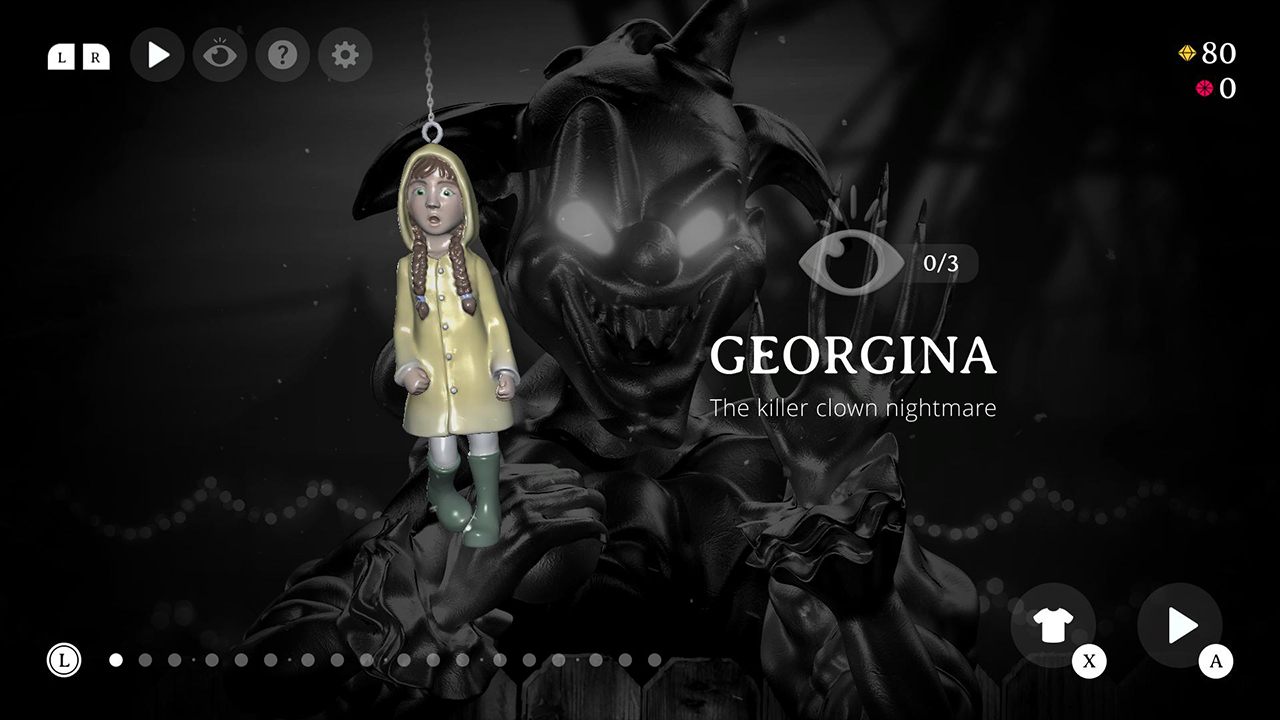 Rest in Pieces started out on Android and iOS devices. It’s not hard to imagine this game on mobile, given how simple the mechanics are. The game consists of multiple levels, and you play as various ceramic ornaments that dangle from a long string. Throughout the level, you use the physics of this object on the end of a string to swing around obstacles and collect gems.

Every level has three phases representing the three phases of waking up the character from their nightmare. Each nightmare includes common themes such as killer clowns, the kraken and Medusa. The ceramic characters, and subsequent nightmares, match in theme. You begin as Georgina, a little girl threatened by a killer clown. The sequence of Georgina’s level involves basic rocky obstacles with the occasional mini clowns marching towards you. Later, you play as a ceramic pirate with rocks, waves, tentacles, sharks and the kraken getting in the way.

The ceramic ornaments have their own weights and sizes, which the game doesn’t go so far as to disclose, but you can feel them sway differently, and they’re visibly different. The physics of the game felt well-rendered and realistic. Anyone who has played with an object dangling from a string can relate to how the object’s momentum can be your downfall or advantage. Georgina was the perfect starting character. She was light and small, and it gave me the chance to understand the levels while not shattering her ceramic body against too many rocks. Two characters later, the elephant felt heavier and took up more space. If you got the elephant swinging too quickly, its weight would fling it wildly back-and-forth.

Players are instructed to swing the character by using the L and R buttons on the Joy-Cons. However, when I accidentally hit the joystick on the left Joy-Con, I realized you can also control the character that way. The physics still felt realistic with the joystick, but jerking the string to stop your character from swinging too violently in one direction was much easier this way. 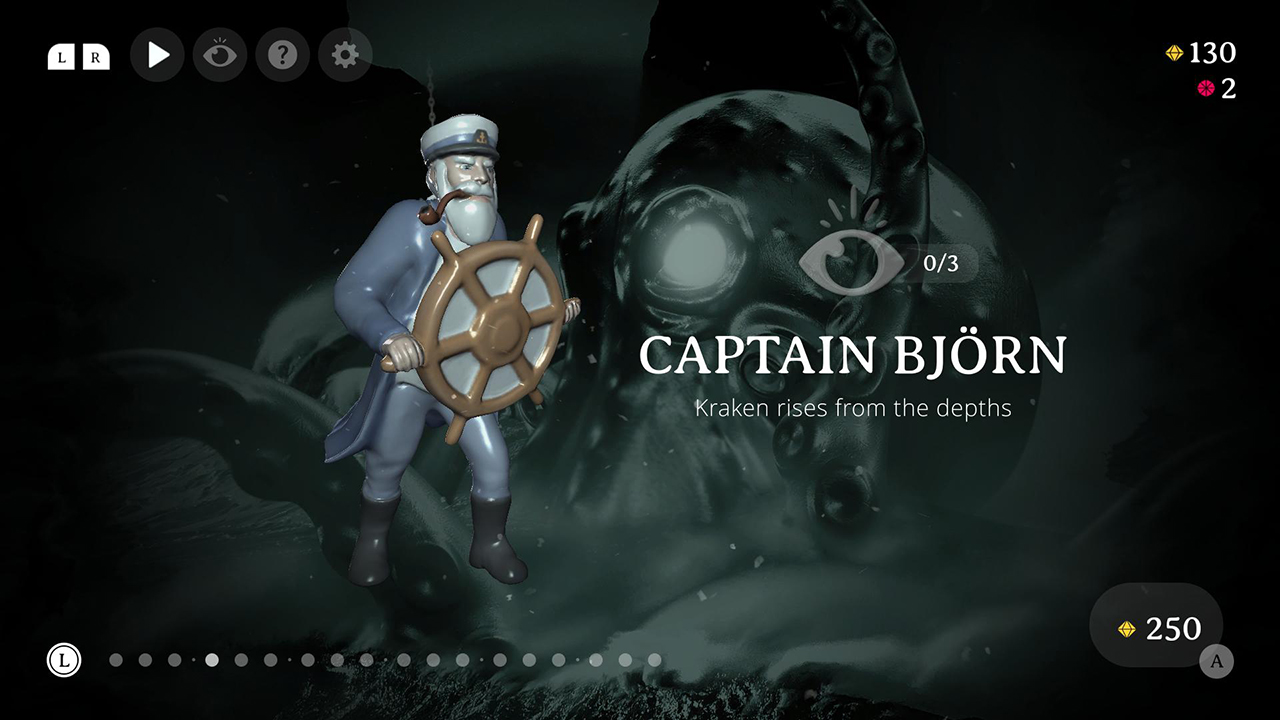 As a mobile game, I wonder if Rest in Pieces was played with motion control or touch screen controls. Either one feels difficult to manage for this game. Rest in Pieces felt like it was made for the Switch. It doesn’t have to have a story for its horror-based setup. It is difficult but in a way that made me want to keep trying, and the mechanics were smooth and reliable. 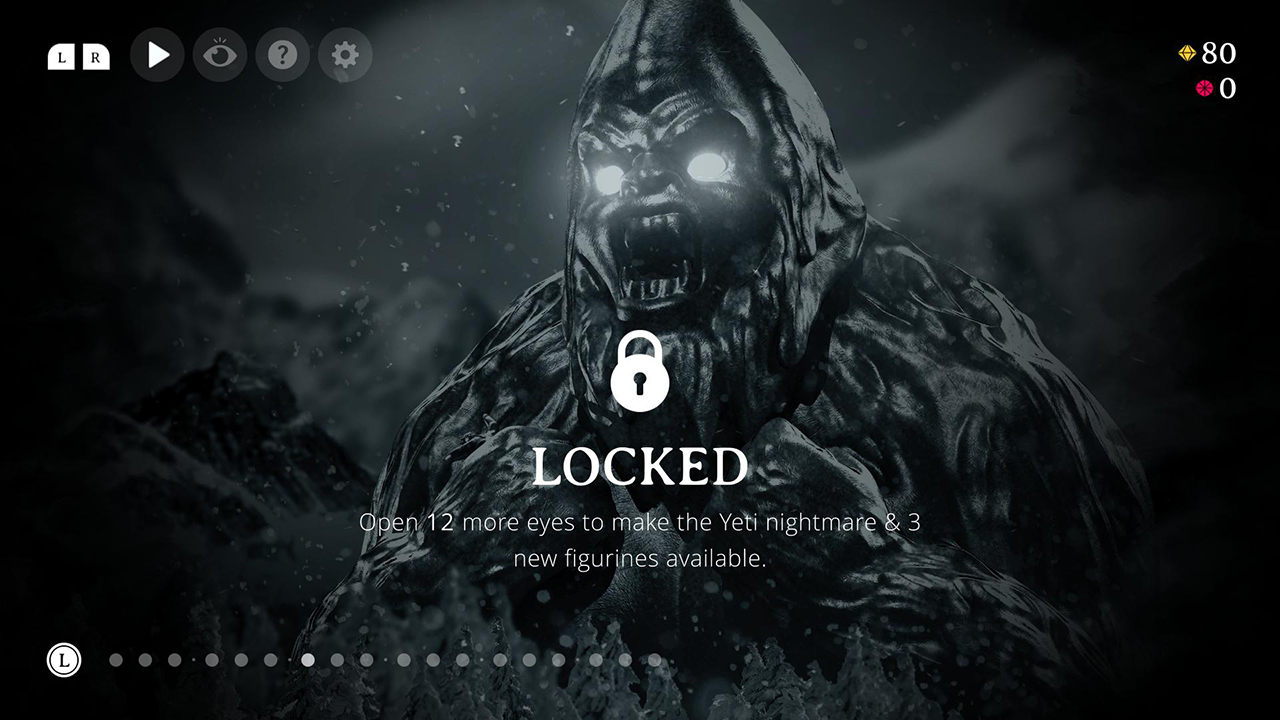 The gems you collect throughout each level can be used to acquire new paint, basically outfits, for each ceramic character. As well, going back and running through the completed levels will give you a chance to farm more gems so you can purchase the additional characters and their nightmare levels. There is a lot of replay-ability, if for nothing else to farm gems. But you can also earn a little symbol on each character whose level you complete without dying and having to spend more gems to continue. I only managed to do this on a few characters, but once you get the hang of the physics of each character, I had fun going back and playing through them again. Even with the game’s simplistic setup, it was addicting and felt rewarding each time you got through it. The disappointment of crushed ceramic on the side of a rock still drove me to keep going.

If you want a game with all the creep and none of the commitment of an exaggerated adventure/RPG, I recommend Rest in Pieces this Halloween season.

For a game that started on mobile, Rest in Pieces is a fine example of game fitted properly for the Nintendo Switch. The super simple horror-based game uses believable physics and addicting runs to create an easy game for anyone in the family to enjoy.